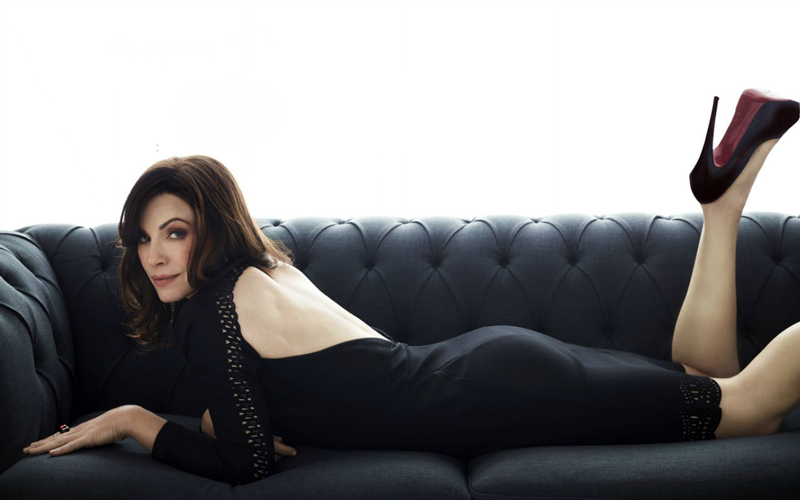 I said it before and I will say it again, I watch a lot of TV. However, some shows somehow take a while to get on my radar, such was the case with glossy legal drama The Good Wife, starring Julianna Margulies and Chris Noth.

I am not sure why it took me so long to get stuck in, perhaps I was put off by the apparent rigidity of Alicia Florrick on the DVD jackets, perhaps it was just the idea of a show about a “good wife” – either way, something about the series didn’t appeal to me at first… This is until a bleak December evening when I found my laptop completely barren, with no shows in sight. Christmas hiatus, you KILL me. Then I remembered a few friends waxing lyrical about Alicia Florrick and The Good Wife so I finally decided to give it a go.

Boy, was I in for a treat. Firstly, I would like to say I have the biggest crush on Chris Noth – yes since Sex & The City – so this helped a lot. The man is hot even in a prison uniform. Secondly, I do love a glossy show. After three episodes, I was pretty much hooked. And by this I mean I watched it non-stop, without giving too much thought to the characters, instead focusing on the various legal storylines and general plot. Now, four seasons in, I am knee-deep into the Florrick universe and I am most definitely attached to some of the characters.
The theme of “love” is omnipresent in the show, of course, since the premise is that Peter Florrick couldn’t keep it in his pants and so ended up estranged from his wife Alicia + in prison for some dodgy deeds. So there is that: what happens to love when half of a couple screws up? I am not talking about a couple of 25 year olds here, but a very established couple, together for the long run, married with kids. Having been in the same relationship for almost a decade and married for half that, I often think about how it all works. I look back at my past relationships and how me and my boyfriends behaved, I think of the compromises we made (or didn’t make) to keep it all going. The truth is, before I met my husband I was very much into throwing it all away when there were issues. Because why bother? I think that somehow you know when things are meant to last, and when they aren’t. So why go through all the effort of making something work when it is doomed to fail?
On the other hand, a solid relationship – or a good marriage – relies on both parties sort of understanding that they are in this for a while and that as such they should probably keep themselves in check. Basically not be assholes. Of course the occasional assholerie happens but overall, I could sum it up as “check yourself before you wreck yourself“. So to go back to The Good Wife, and Peter & Alicia’s marriage, there is definitely an element of “how much assholerie can I cope with before I tell him to pack his stuff and leave?“. Since she is a Good Wife, obviously, it takes her a couple seasons. But if you think about it, in real life it would probably take you a while too, right? People make mistakes and you can sulk for a while, but love sort of triumphs in the end, I guess.
I see Alicia as the ultimate lover and fighter. I mean she is sassy. And clever. And a great lawyer. And did I mention sassy? To me, at the moment she is a great role model. Not because my husband is canoodling with prostitutes and running the country from a jail cell, but because I love her attitude towards life and its less desirable components (basically 99% of it). She just flicks her hair and delivers these totally amazing, clever and well-constructed put downs. Her husband Peter is also a master of destruction by way of one-liner and I do admire that.
Then there is Diane, Alicia’s boss who is pretty much everything I want to be when I grow up… But this is for another post I guess I have rambled long enough for today…
Let’s just stare at Alicia’s impeccable workwear and beautiful make-up (and wigs).
Alicia Florrick’s Guide To Perfect Work Wear 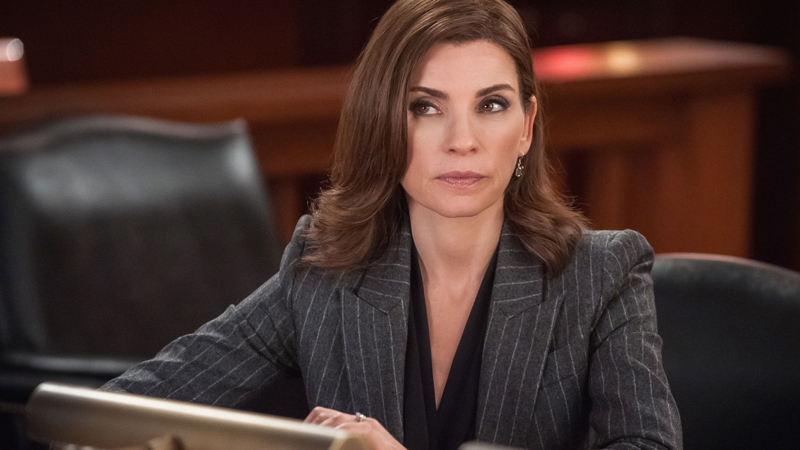 The Pinstripe Suit is clearly the number one item for office wear and there are a million ways you can make it a little more fun. I like it with a deep v top to make it a little less conservative. 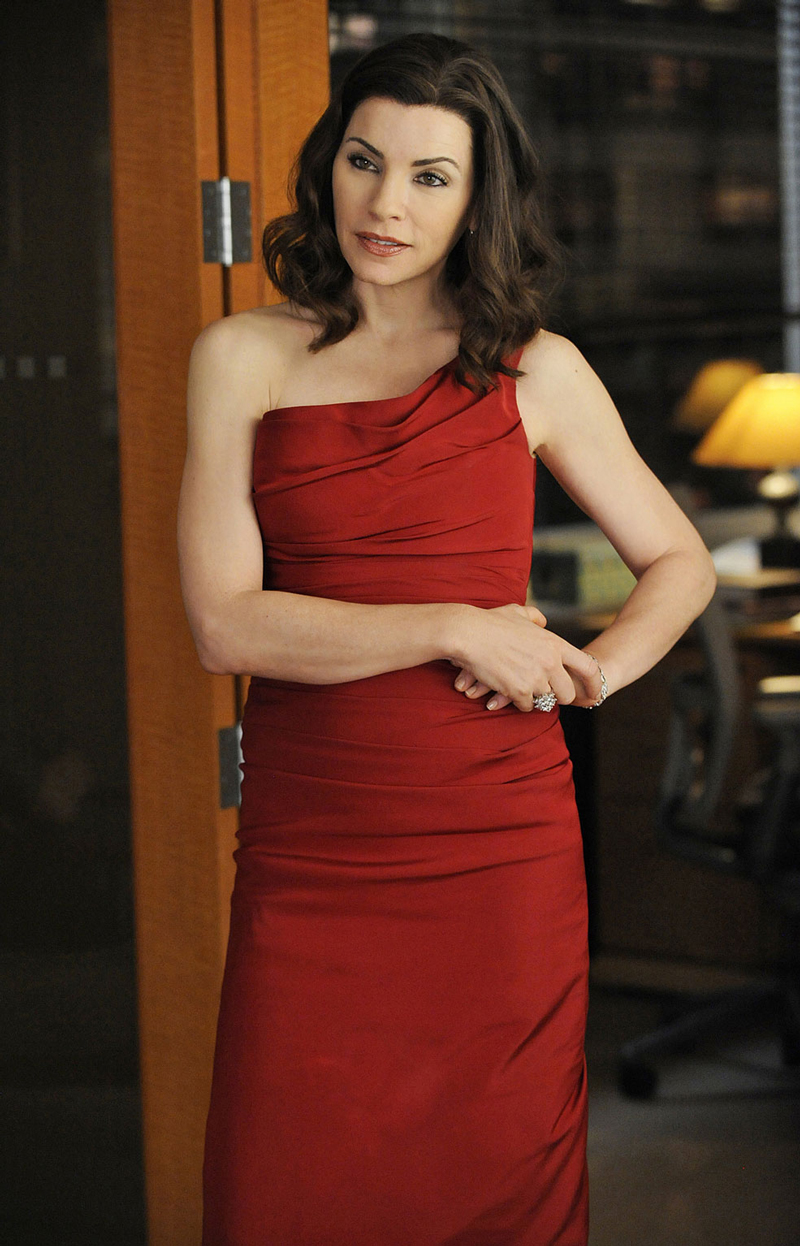 Impromptu black-tie event? Alicia’s got it covered with a one-shoulder maxi dress – bright red of course to suit her skin tone. 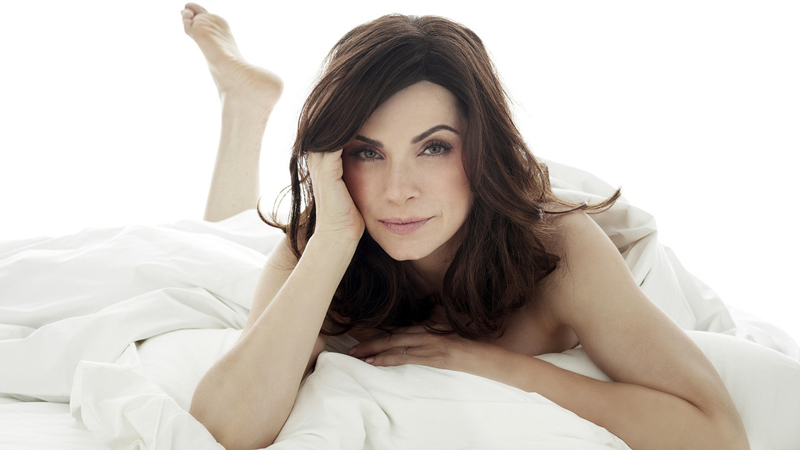 Also please take a moment to look at her make-up: this is totally office appropriate. All about the eyes and groomed eyebrows, easy on the lips and a lot of attention to the skin. 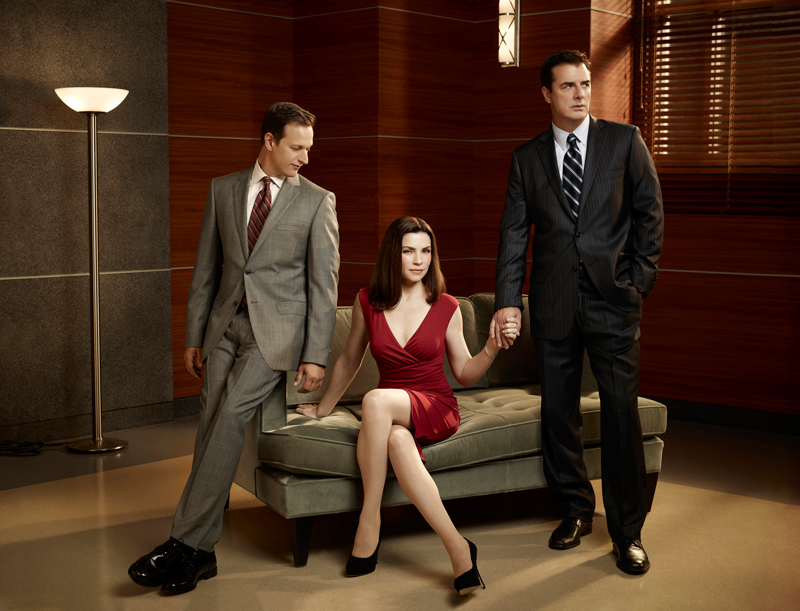 The Little Red Dress is a great alternative to black or grey for office life. Looks wonderful on dark brunettes but also great for blondes. 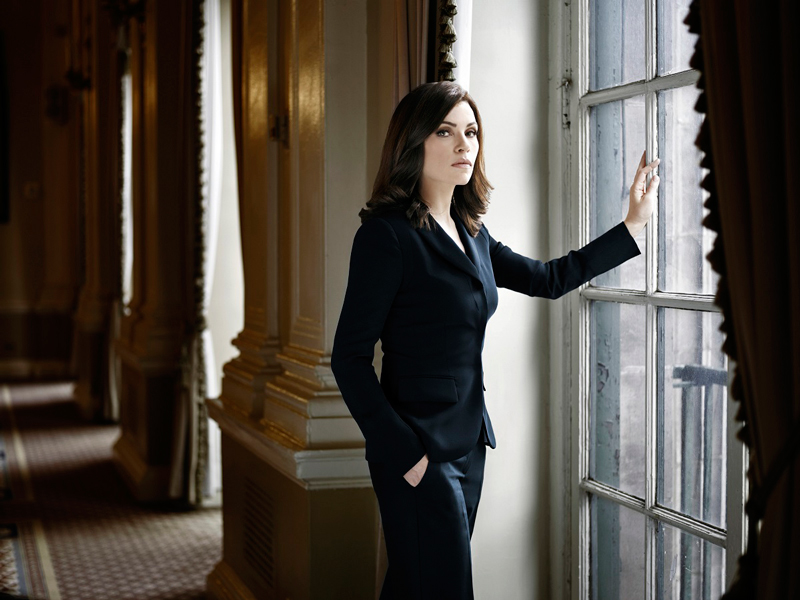 Aaah the trouser suit!! You can do no wrong. 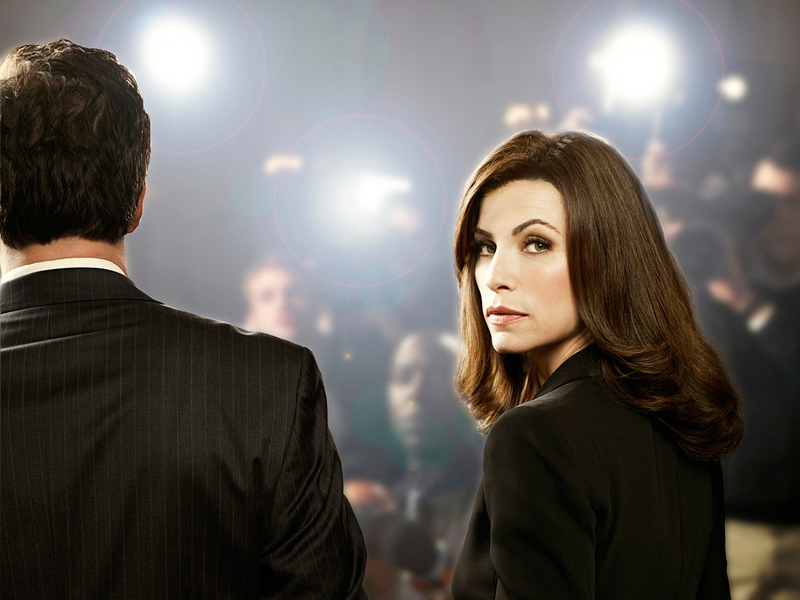 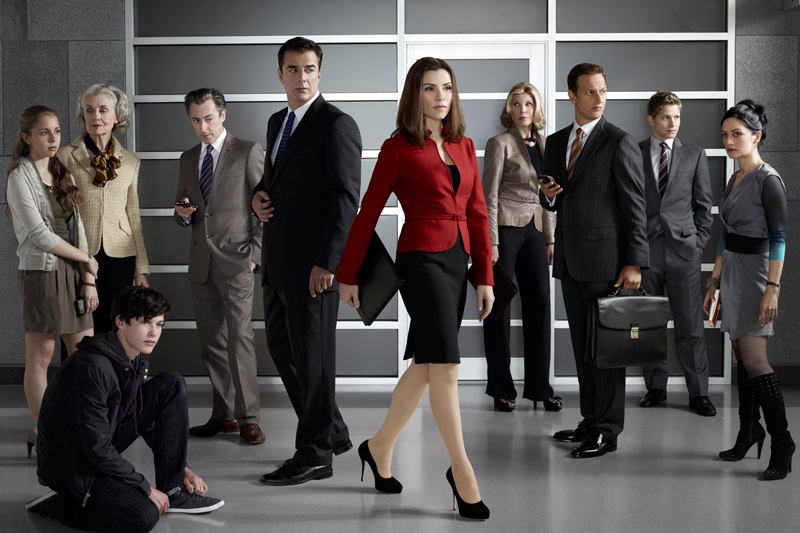 JavaScript is currently disabled in this browser. Reactivate it to view this content.