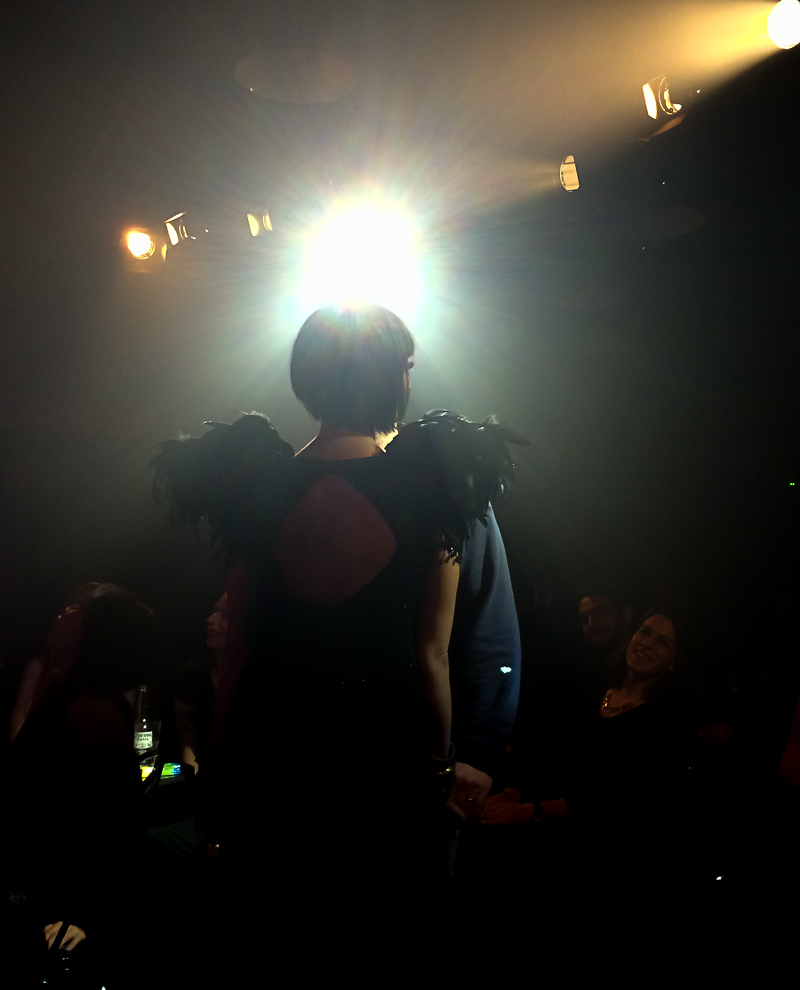 Yesterday afternoon, I got a call from my friend Federica saying “my friend is doing this cabaret show in Soho, it is really funny you should come”. One thing you need to know is that Federica and I generally think the same thing at the same time and our lives have been strangely parallel for as long as we’ve known each other. So when she calls, I listen and I come. Always. And boy did I not regret it last night… As it turned out, her friend’s show was the EastEnd Cabaret, downstairs at the Soho Theatre and it was also the most hilarious thing I have seen in a long time (and I see many hilarious things on a daily basis. I live with a cat, after all).
EastEnd Cabaret stars OTT, sex-crazed diva Bernadette Byrne and her sidekick Victor Victoria, a he-she with psychopathic tendencies. In real life, the two ladies are the best of friends and they came up with the idea for their show a bit like you come up with ideas with your friends on a night out… Except they saw it through and it is bloody genius. They have been compared to Flight of the Conchords and I can easily see why, their songwriting is witty, always on point and funny as Hell. Their songs all revolve around sexual innuendos, gruesome murders and gin – at least two out of three of these are totally relevant to my interests (hint: I prefer vodka).
Of course, since I couldn’t stop laughing hysterically – more of a cackle really at this point – it would be hard to pinpoint my favourite song or act from their 60mn show, but I think the opening song “Sexual Tension” did very well in releasing the tension in the room… Or perhaps it was due to the fact Bernadette locked in on my friend Alex and descended from the stage only to give him an anatomy lesson. By this point I was pretty much sold and praying for the show to never end. 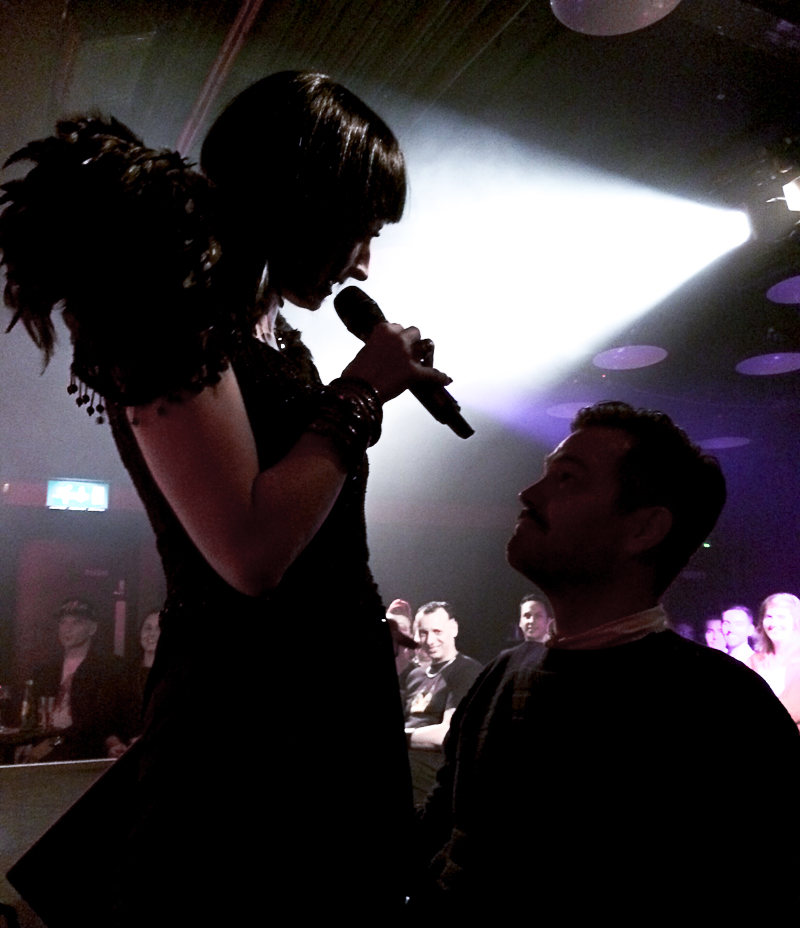 It did eventually, but not before the girls sang more songs from their repertoire, including the hit single “Danger Wank” which is all about… well you may want to watch the video.
EastEnd Cabaret is on at the Soho Theatre until October 11th, tickets from £10, I strongly urge you to go and see them.