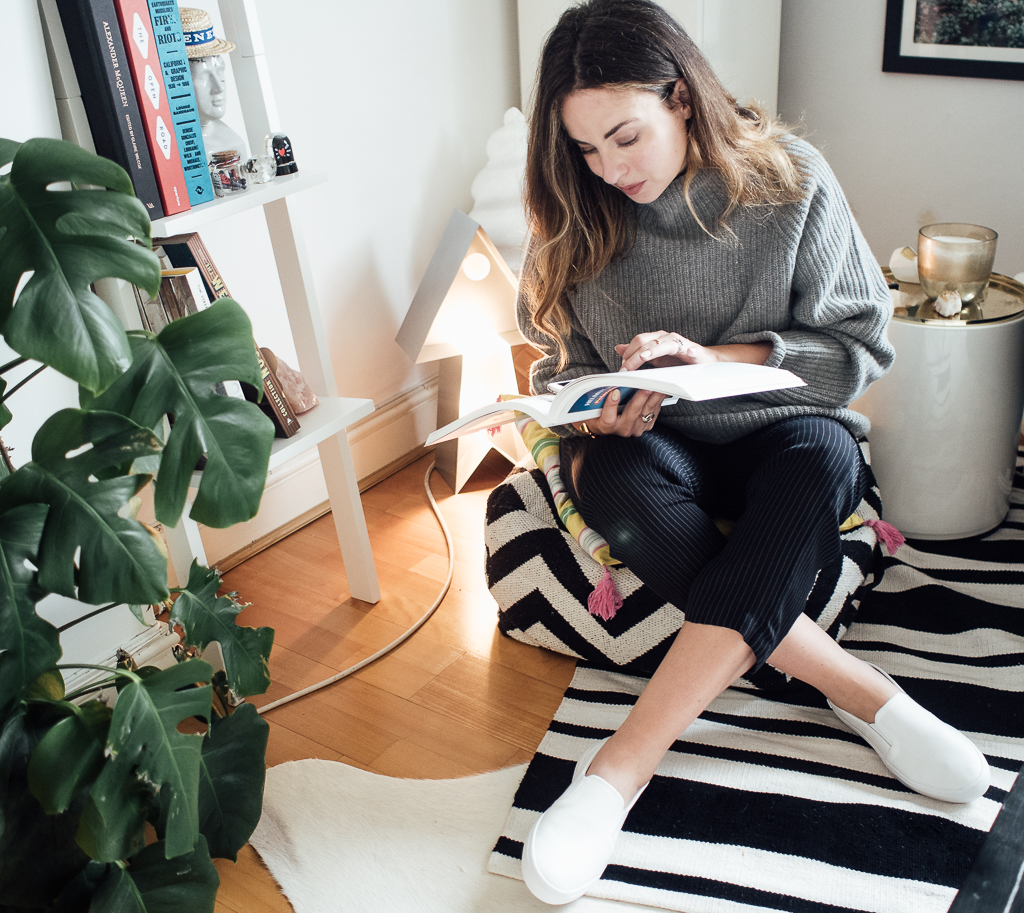 I have teamed up with Lacoste this season to bring you the best of SS16, from NYC, London, Milan and Paris. I remember my very first crush in secondary school used to wear this mint green Lacoste polo shirt that always smelled of his body spray, making me swoon approximately seven times an hour. Just like that, the embroidered crocodile came to be the emblem of young love. Years later, I still have a fondness for this little crocodile, although now he is a much more elusive creature in Felipe Oliveira Baptista’s directional world. The Lacoste SS16 collection was infused with Olympic references, obviously justified as the label is once again outfitting the French Olympic delegation for the Opening Ceremony in Rio in 2016. And while there wasn’t a polo-shirt in sight, there were common themes during the show that were carried throughout all four fashion week locations: net, punched, clean lines, piqué and monochrome. These are and have been Lacoste’s core values since its inception.

The Lacoste footwear collection for SS16 is also a very strong one, in alignment with SS16 trends. See for example the Gazon Slip I am wearing below, which ticks both the “new minimalism“, “monochrome” and “surf chic” boxes which were omnipresent on the runway. While this particular style isn’t currently available for purchase (this is an exclusive first look), the Lacoste Footwear AW15 collection can be found on ASOS and Lacoste.com. The SS16 collection, including the Gazon Slip will be available from 2016 on Next Label.
Photo credit: small images via VOGUE Runway, Belstaff, Orla Kiely and outfit shots taken by me. 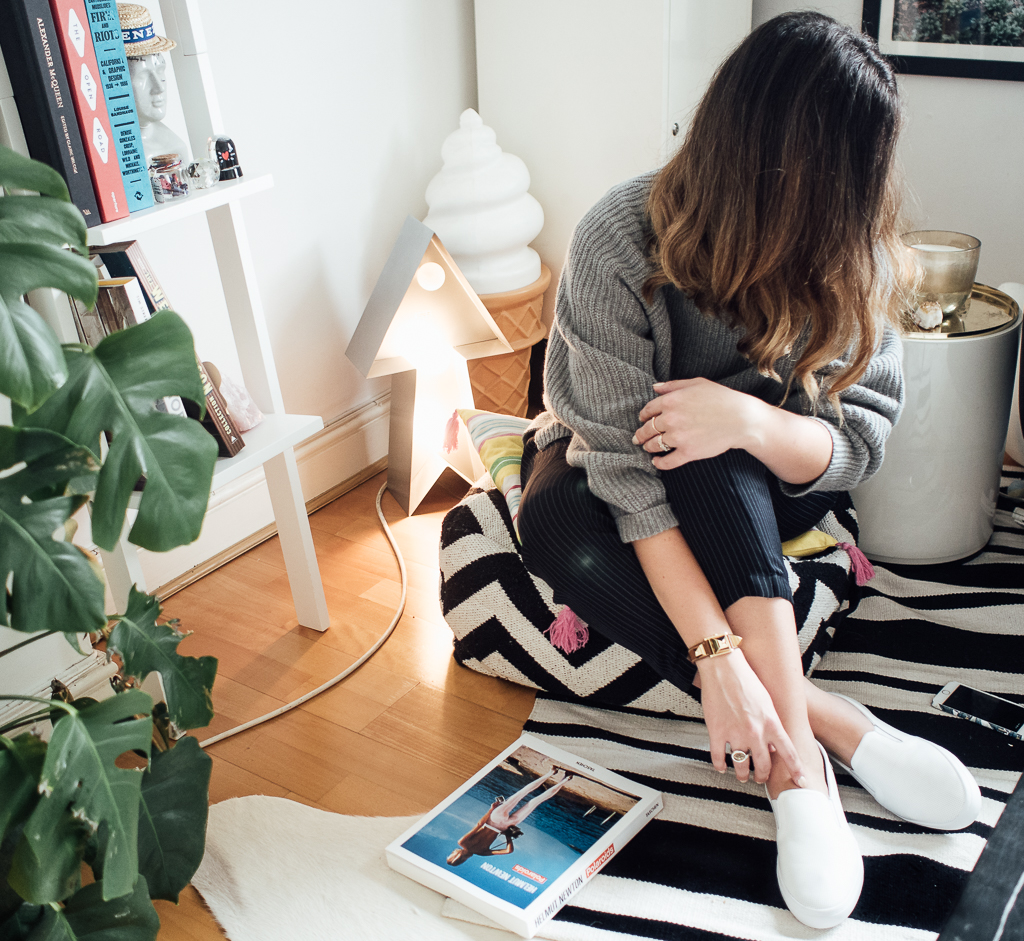 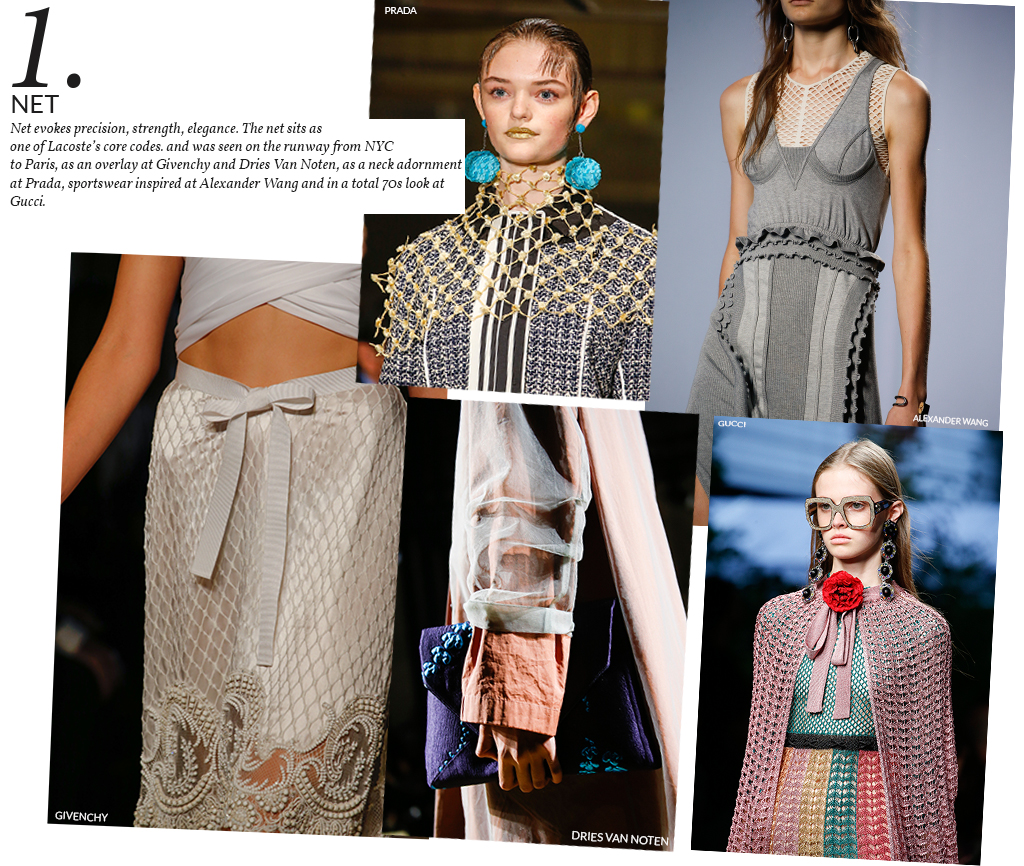 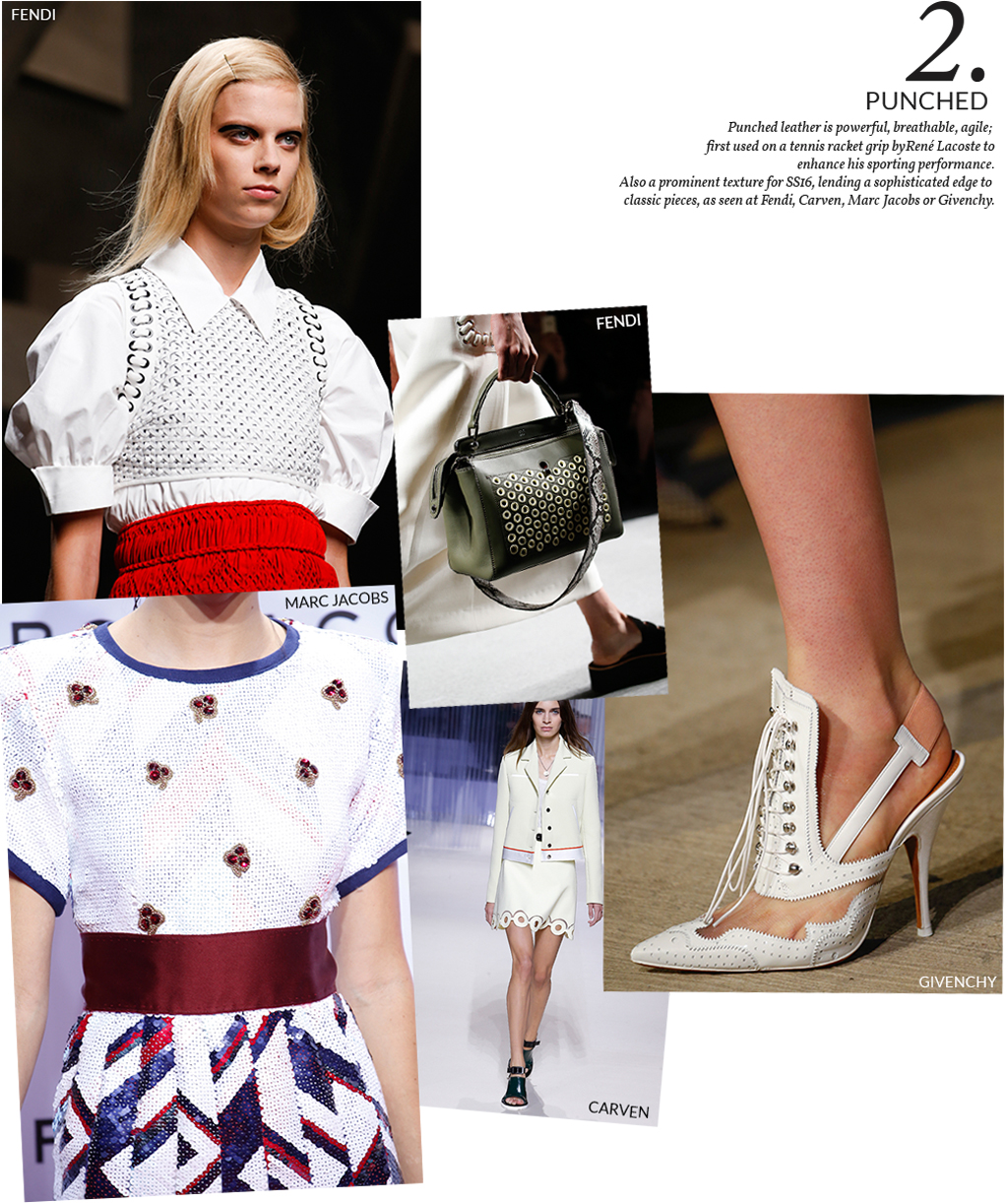 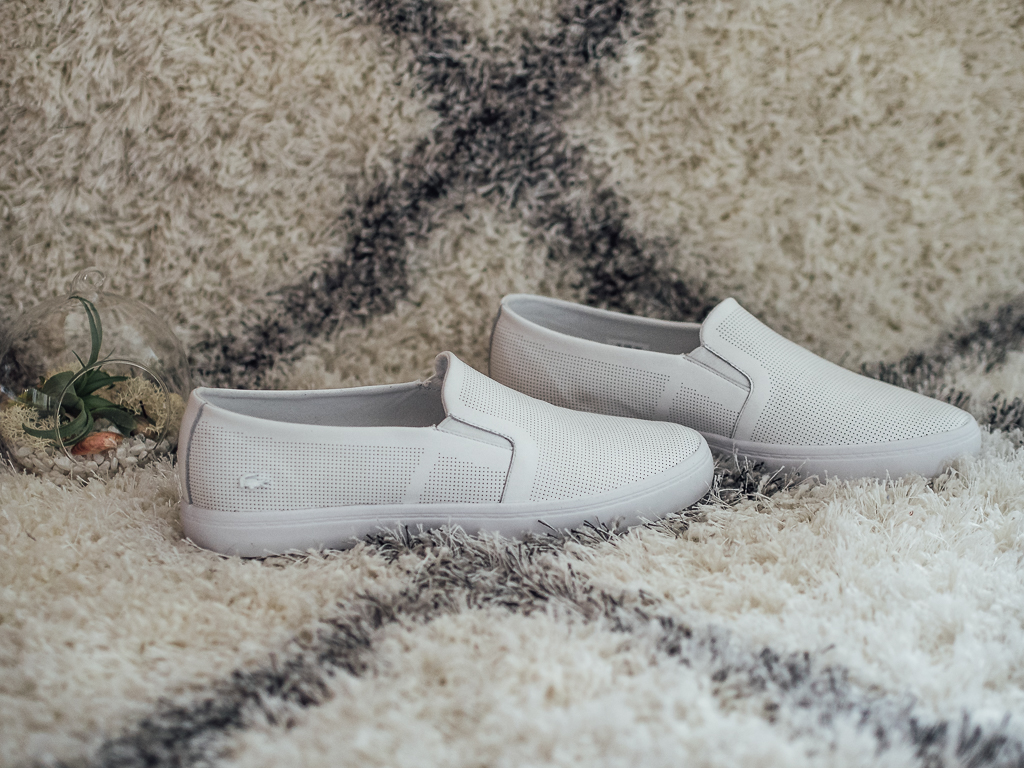 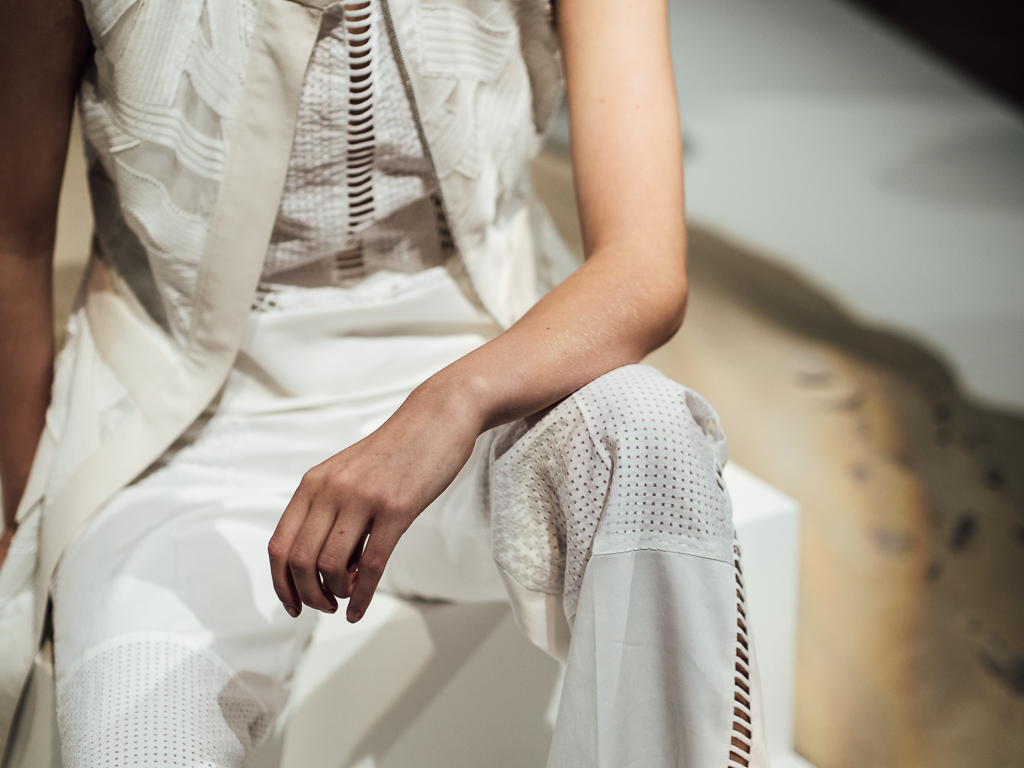 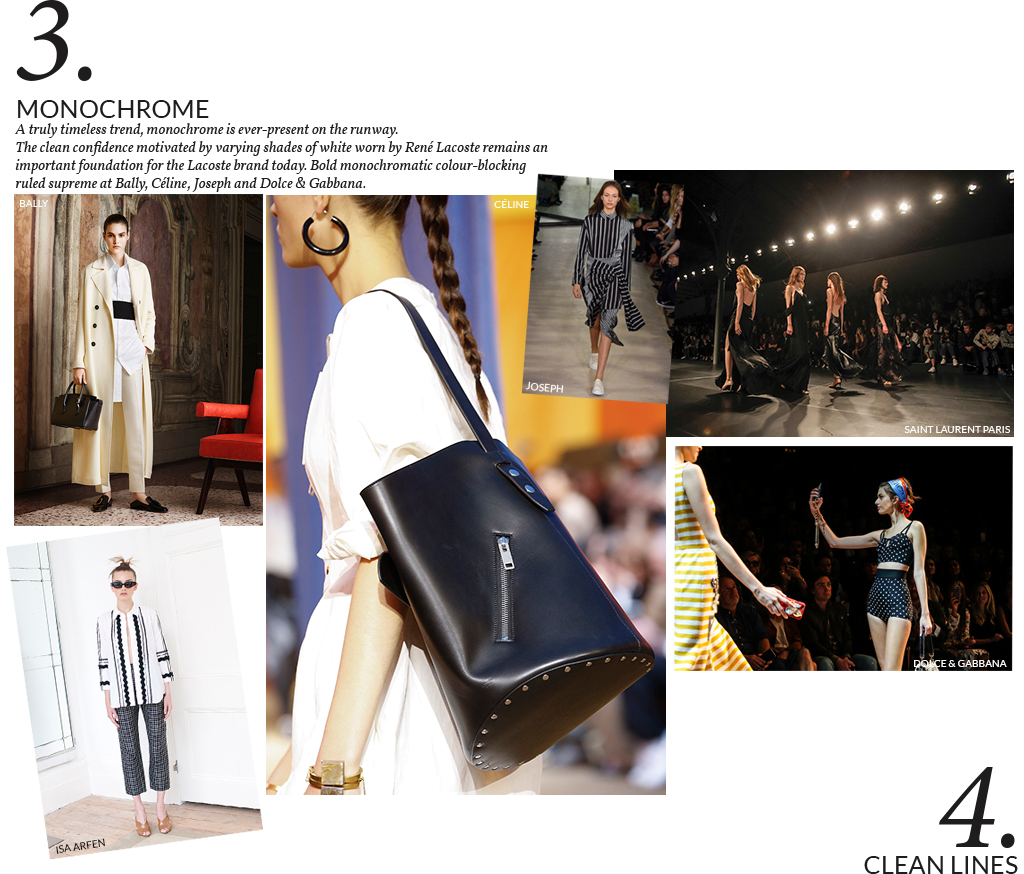 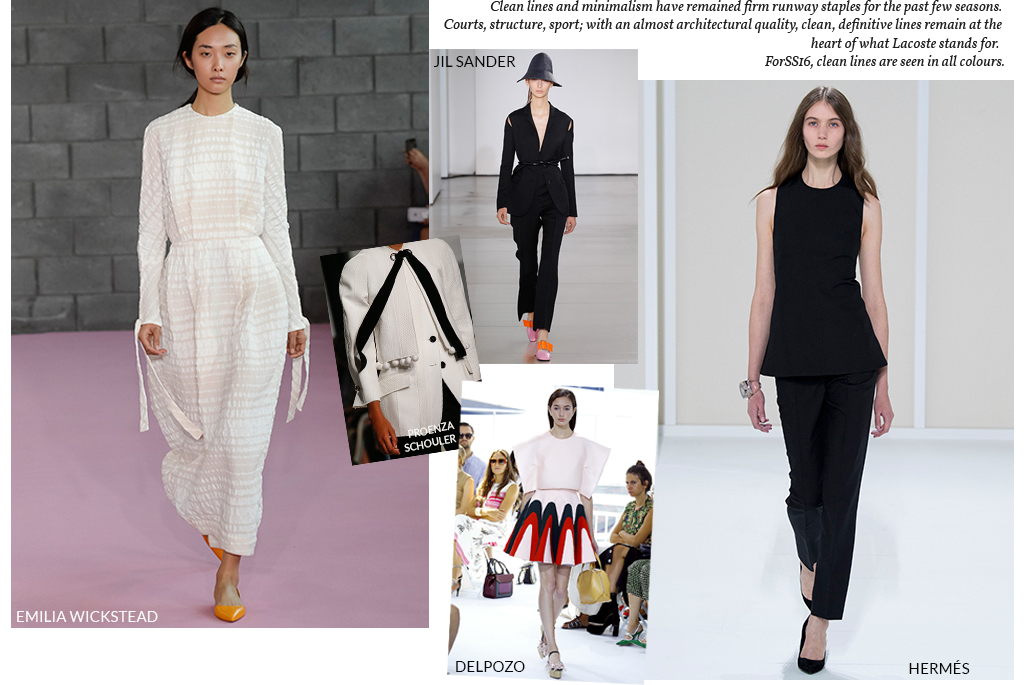 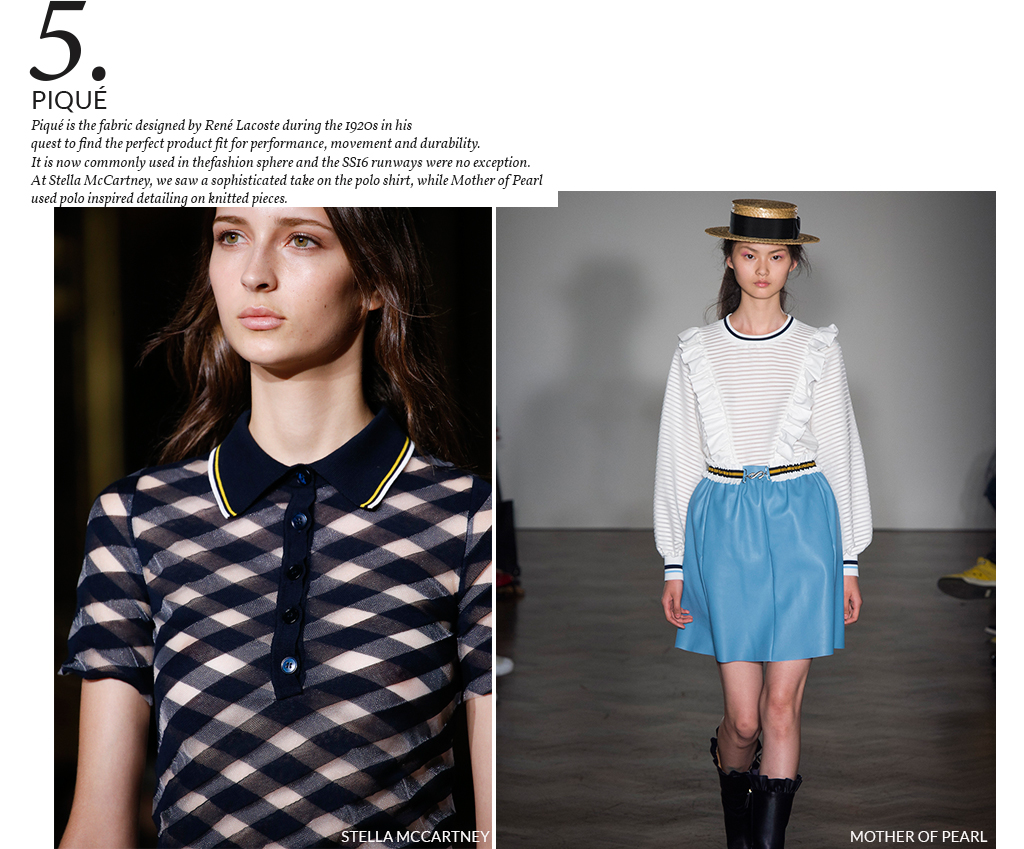 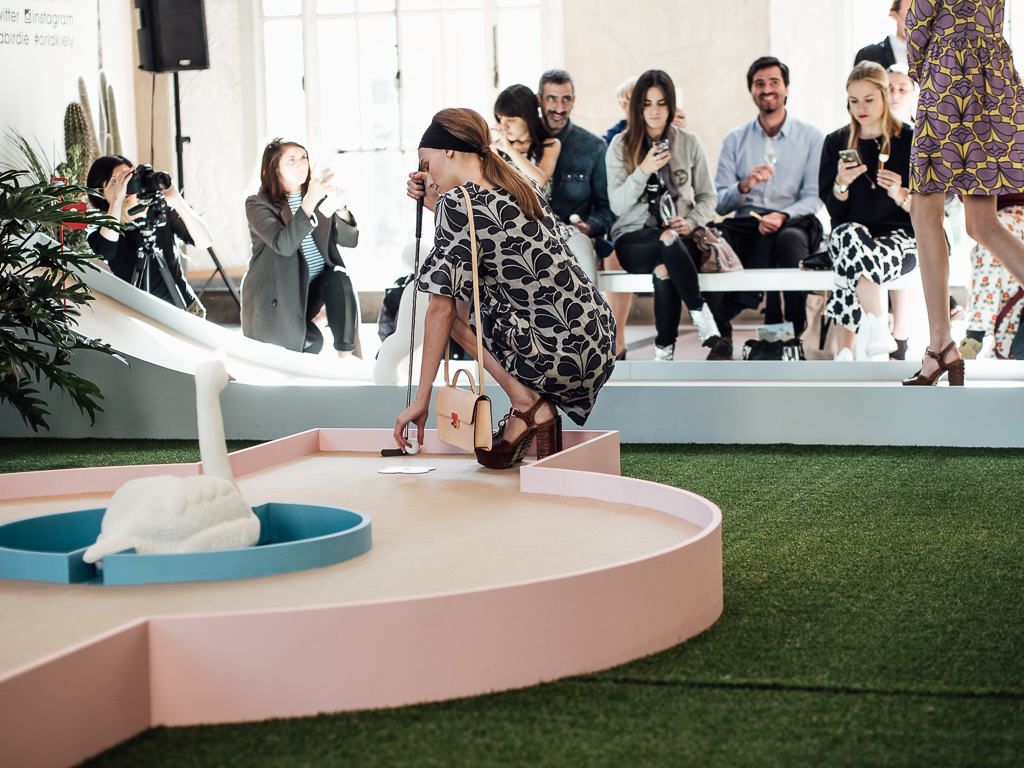 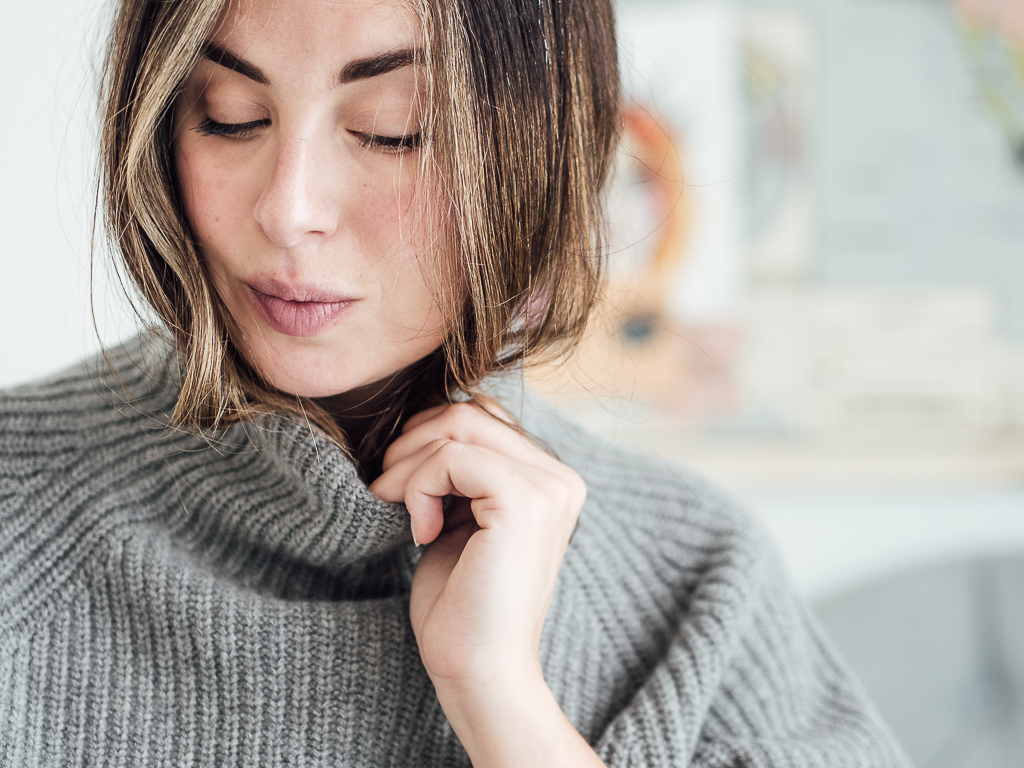 This is a collaboration with Lacoste