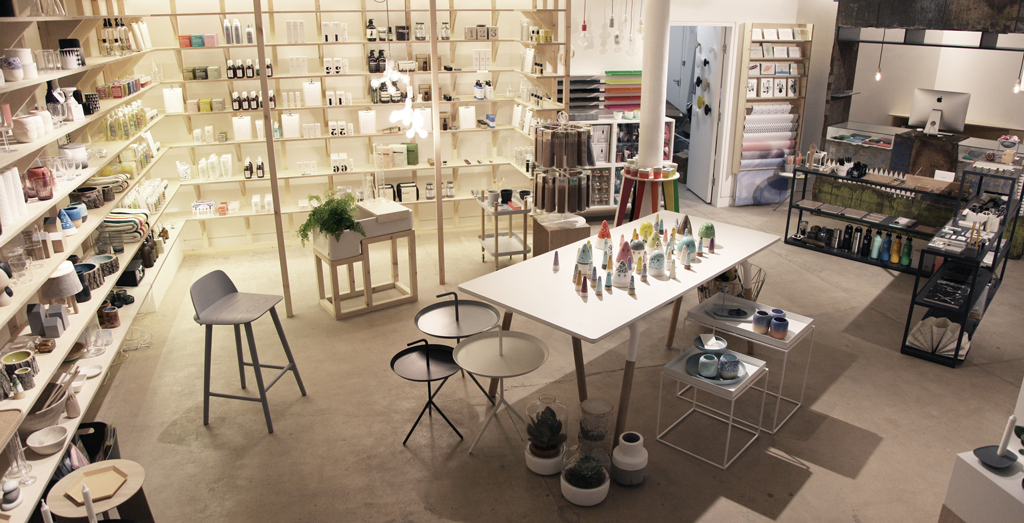 After last week I’ve been trying to think outside of the box when it comes to the “high street / high end” theme. I’ve been looking at what exists in between these two extremes, like what would be in the middle of this theme if it was a venn diagram. There are some brands which exist in this space but along with that are some independent retailers who encapsulate the desire to look good with a range of clothes that incorporate both high street pricing alongside genuine designer gear. At Goodhood the clothes are arranged thematically – a mixture of classic workwear like Dickies pants on the same rail as Junya Watanabe. This strips away the pretension of fashion and presupposes that we buy clothes based on what they look like and their quality rather than the name on the label.Goodhood is to independent menswear stores what the Tate Modern is to art: a well curated representation of everything current, modern and soon to be iconic. They’re currently running a t-shirt exhibition showcasing some designer talents and products you won’t find elsewhere. Amongst these was a t-shirt that not only seemed to sum up the binary extremes of this months theme but one that also reminded me of a karaoke double act that Mademoiselle Robot and I used to perform. Maybe the good folk at Darylstudio were lucky enough to be in the audience when we performed, maybe it’s just serendipitous. Either way it’s an awesome t-shirt.