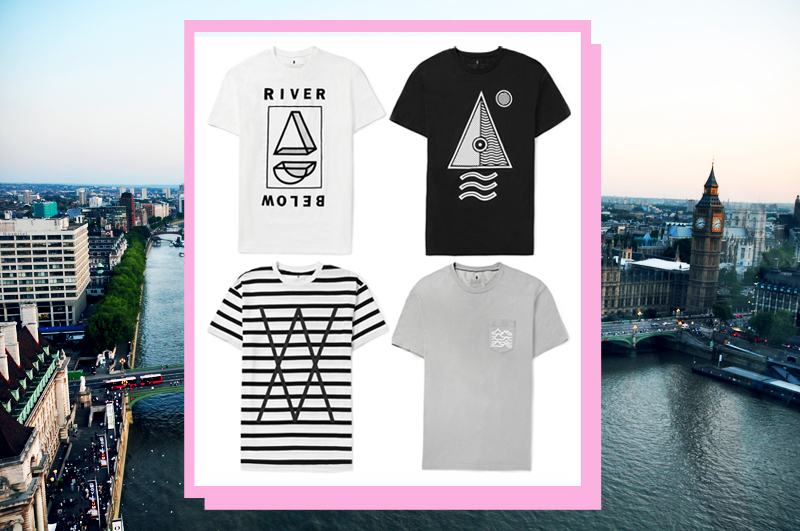 London is a pretty amazing place – I get angry with people who move to the city and  then do nothing but complain about it. These are the same people who never actually do anything in London. Never visit any of the historical landmarks, the amazing galleries or the supercool clubs and bars. It’s a city steeped in history and culture of all kinds and even though I’ve lived here for years and the novelty has long since worn off I still love it. Joel Clifford, the man behind the conceptual t-shirt brand A.D. loves it too, in fact he’s just about to launch a new collection called “The Lost Rivers Of London” exclusive to Topman with designs reflecting the secret urban streams that flow beneath the city of London. The what now? Yeah, apparently the River Thames and River Lea have borne a whole network of subterranean rivers all across the city which were built during the expansion of London into the metropolis it is today.

You’ll be able to buy one of the tees on Monday but if you can’t wait until then (or you can’t afford one) I’ve got good news for you! On Saturday 16th March Topman are running a little fashion treasure hunt. At secret locations all over London, along the banks of the Thames, there will be secret stashes of these t-shirts, just waiting for you to discover them. Topman will be dropping clues through their Facebook and Twitter feeds over the course of the day, your job is to work out the clue, grab yourself a free tee (and limited edition print) and tweet a pic to Topman. Sounds like fun huh? Well what you waiting for? GO GET EM!
Follow me @RobotMonsieur