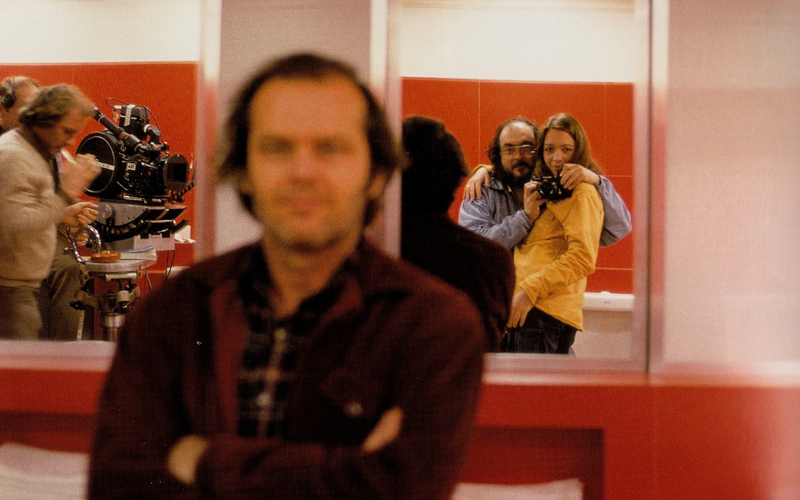 A few weeks ago, I attended a screening of the original extended US version of one of my favourite movies “The Shining“. This new version, never before seen in the UK runs 24 minutes longer than the European version previously seen. It also benefits from a new digital transfer which does justice to Kubrick’s quest for technical perfection. It will be released in cinemas across the UK on November 2nd, with Halloween previews on Oct 31st (when else!).
Unless you fancy yourself as a Sexy Bee or a Sexy Taxi for Halloween, I would strongly suggest attending an advance screening of “The Shining” on October 31st, armed with a bucket full of popcorn and your best Horror Nerd friend (that’d be me, people). Even better, why not take your style cues from characters in the film? Shelley Duvall has a pretty cool wardrobe, consisting mainly of late seventies monstrosities all layered together in a truly lovely way, like some sort of sexually repressed librarian. It doesn’t really get any better than that really, does it? To me, nothing says sexy Halloween costume like a good old helping of seventies layering.
Then of course, you have the Grady twins, aka the creepiest children in the history of films (and children). All you need is a good friend, a couple dresses and you are already halfway there. Each year, I live in fear that a “Sexy Grady” costume will appear on one of those specialist sites. You know the ones.
If you are going to the screening on a date, just force your boyfriend to dress like Jack Nicholson. He makes such a dashing psychopath. Oh how dapper he is as he slowly descends into utter madness. The intensity of his face, perfectly framed by a large collection of dark turtlenecks still haunts me. If you are into this, I’ve compiled a few bits and bobs below so you can start preparing your Halloween costumes.
Traduction – “The Shining” est l’un de mes films favoris. Pour Halloween, il ressort en version longue (24mn de plus que la version Européenne). Allez-donc voir ça plutot que de vous déguiser en taxi sexy. 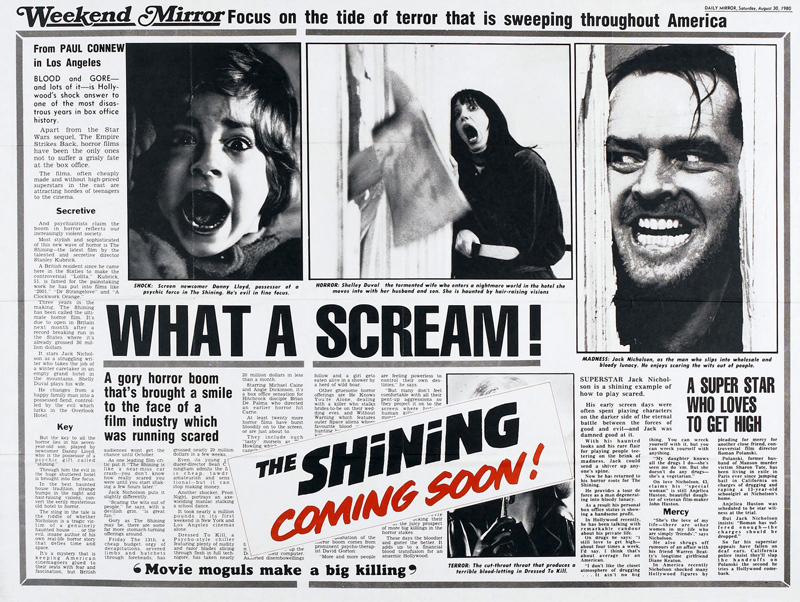 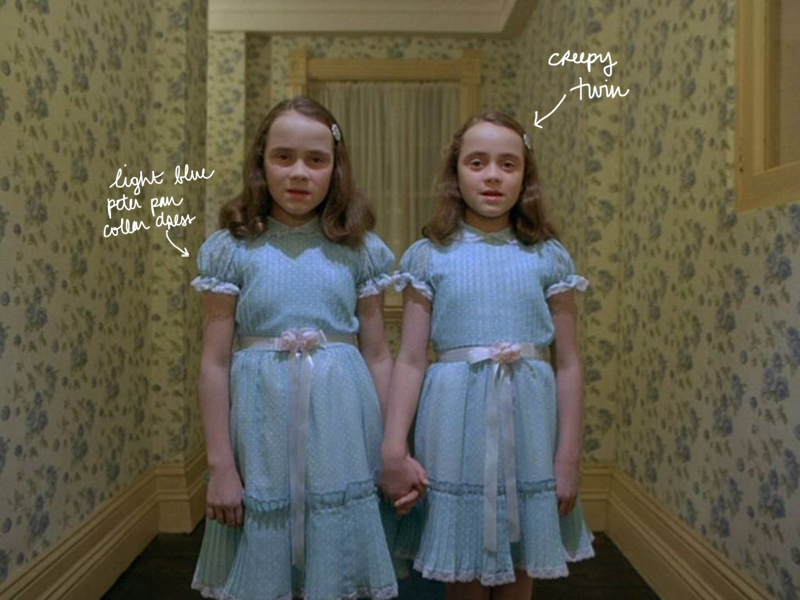 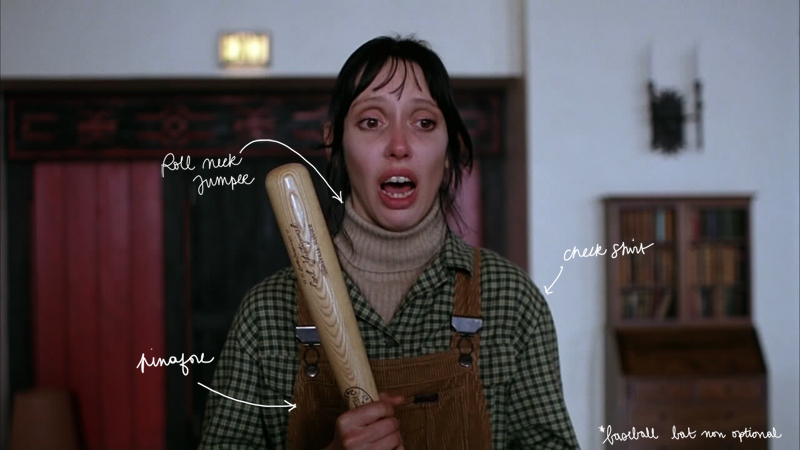 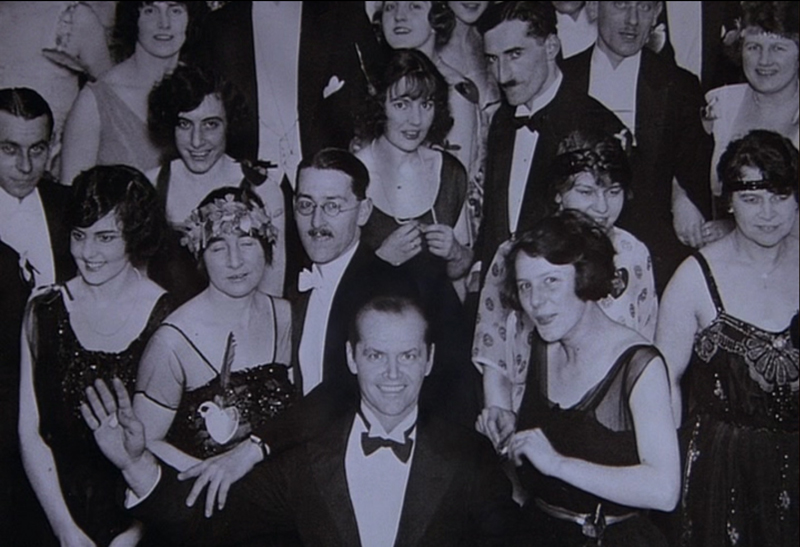 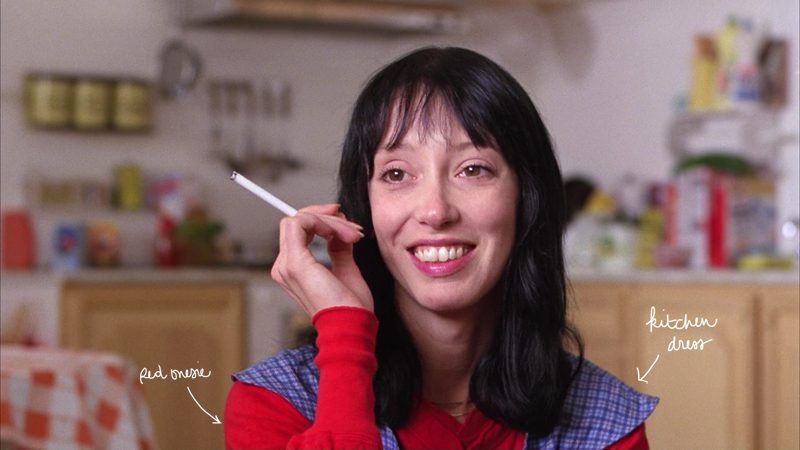 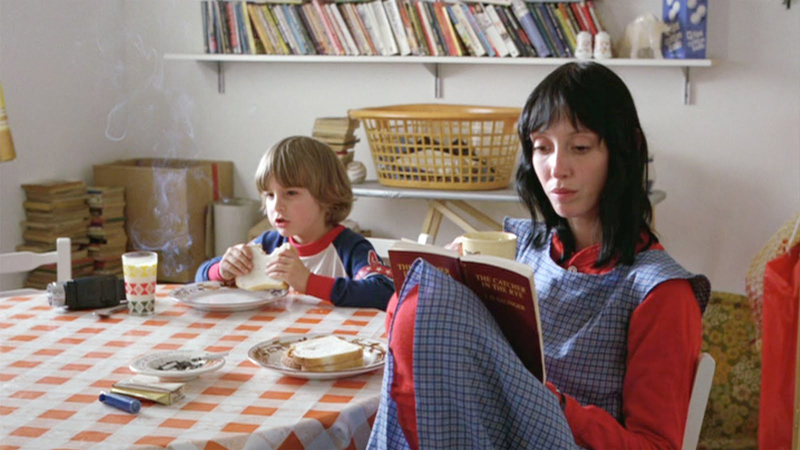 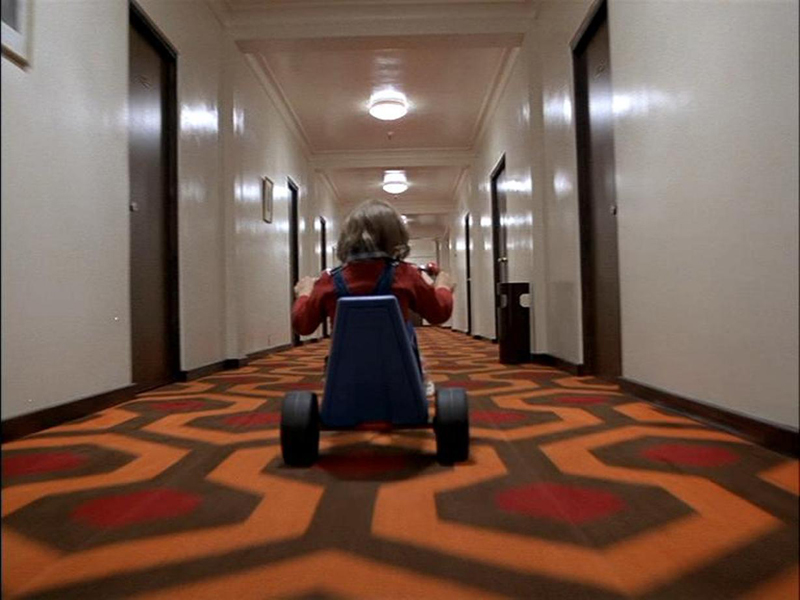 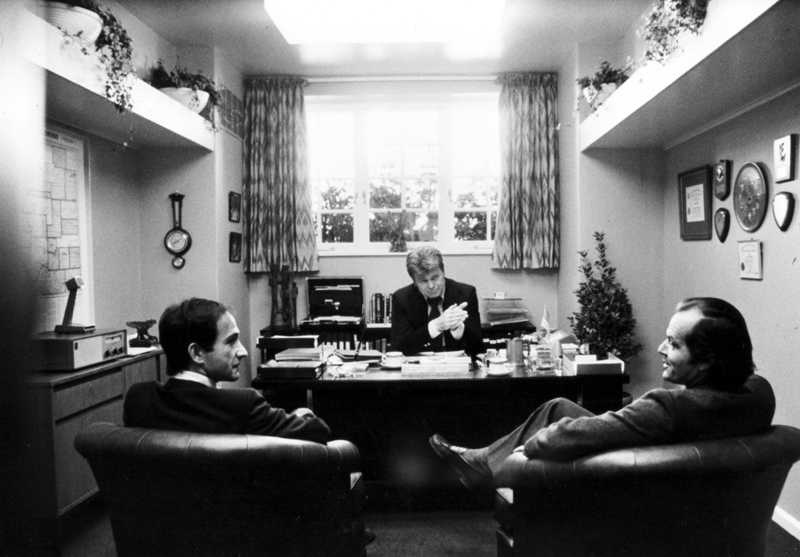 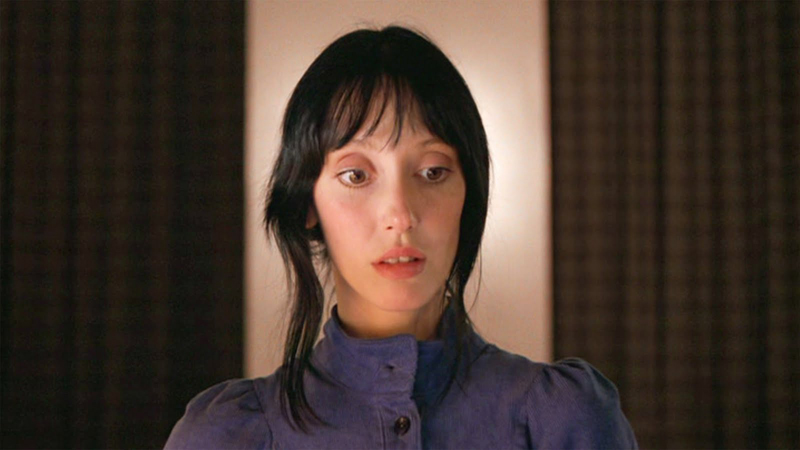 Photos are stills from The Shining + more via Ain’t It Cool News, Weekend Mirror.