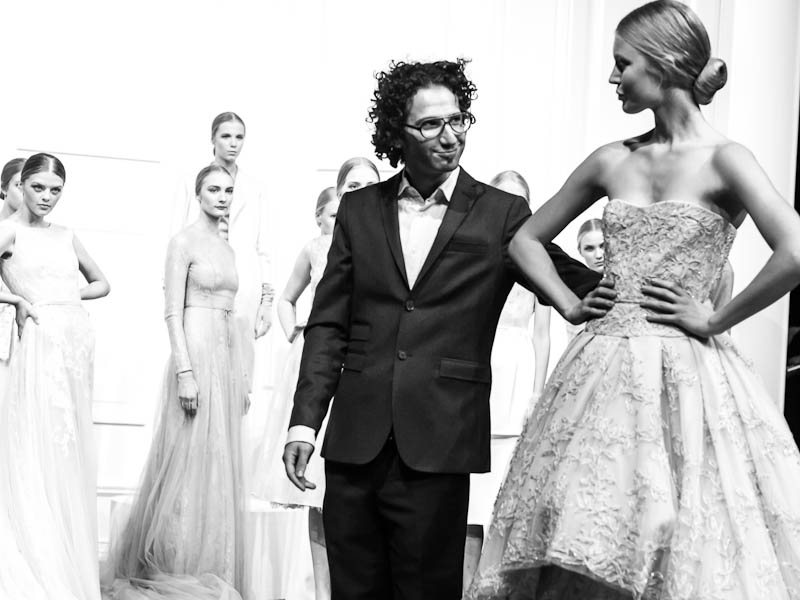 The last thing I expect to see when I go to Stockholm Fashion Week is a couture show. So as I sat down in the grand Berns Salonger yesterday, I wasn’t sure what I was in for. Fadi El Khoury studied in Paris at the Ecole Supérieure de la Mode et des Beaux-Arts. He worked with Galliano at Dior and with Alber Elbaz at Lanvin. Needless to say, the man knows the couture trade. He came back to Sweden last year and started his own brand Fadi El Khoury couture.
His collection “L’Air du Temps” most definitely echoes Dior with a playfulness that is reminiscent of Lanvin. He wants to offer his consumers “wearable art” and like a true Swedish designer, he succeeds in doing so. These are certainly couture pieces, don’t get me wrong, the dresses are fit for a princess (Crown Princess Victoria was wearing one of his designs for her opening speech), but when you put aside the highly aspirational aspect of the collection and its dream like quality, you realise it is a line that actually fits within the real world. Perhaps not the world we inhabit everyday, but for certain occasions.
I found myself really moved during the show, as I never had been before. Perhaps it was the music, the models gliding along peacefully or perhaps it was just that for once, I was looking at something that had the power to transport me into a dream world. I felt as I did when I was a little girl watching couture shows on television, which really doesn’t happen to me anymore these days.
This show not only made me dream but it made me see another side of Scandinavian design and craftsmanship I didn’t know existed. To me Stockholm Fashion Week so far was all about wearable, every day pieces with sometimes a dash of avant-garde – now it is also an aspirational place.
Traduction – Fadi El Khoury a étudié à l’Ecole Supérieure de la Mode et des Beaux-Arts à Paris avant de travailler chez Dior aux côtés de John Galliano et chez Lanvin avec Alber Elbaz. Rentré à Stockholm en 2011, il crée sa marque Fadi El Khoury Couture (seule maison de haute-couture en Suède) et propose à ses clientes des oeuvres d’art à porter.
Sa collection est  magnifique et on y retrouve de fortes influences venant de ses années passées chez Dior et Lanvin, mais aussi une volonté très Scandinave de produire des pièces de haute-couture “commerciales”. Le résultat: une collection qui fait rêver tout en gardant les pieds (et la traine) sur terre. 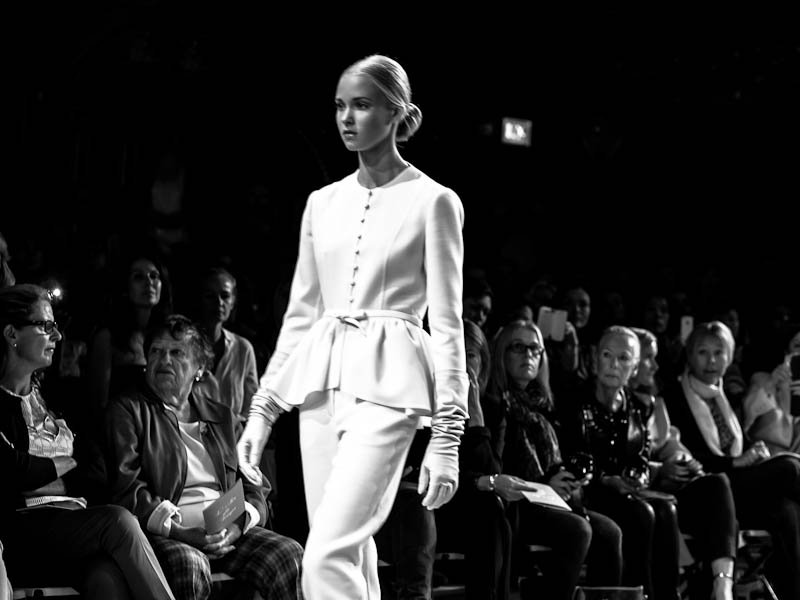 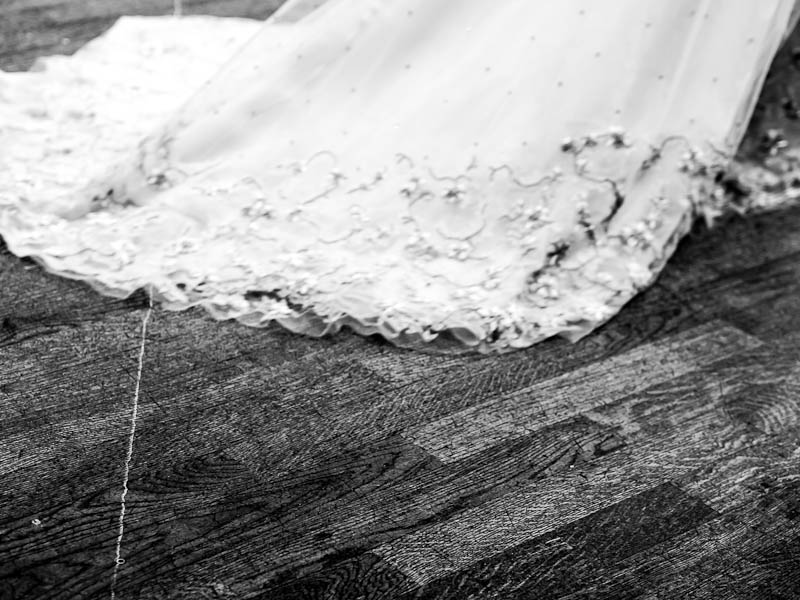 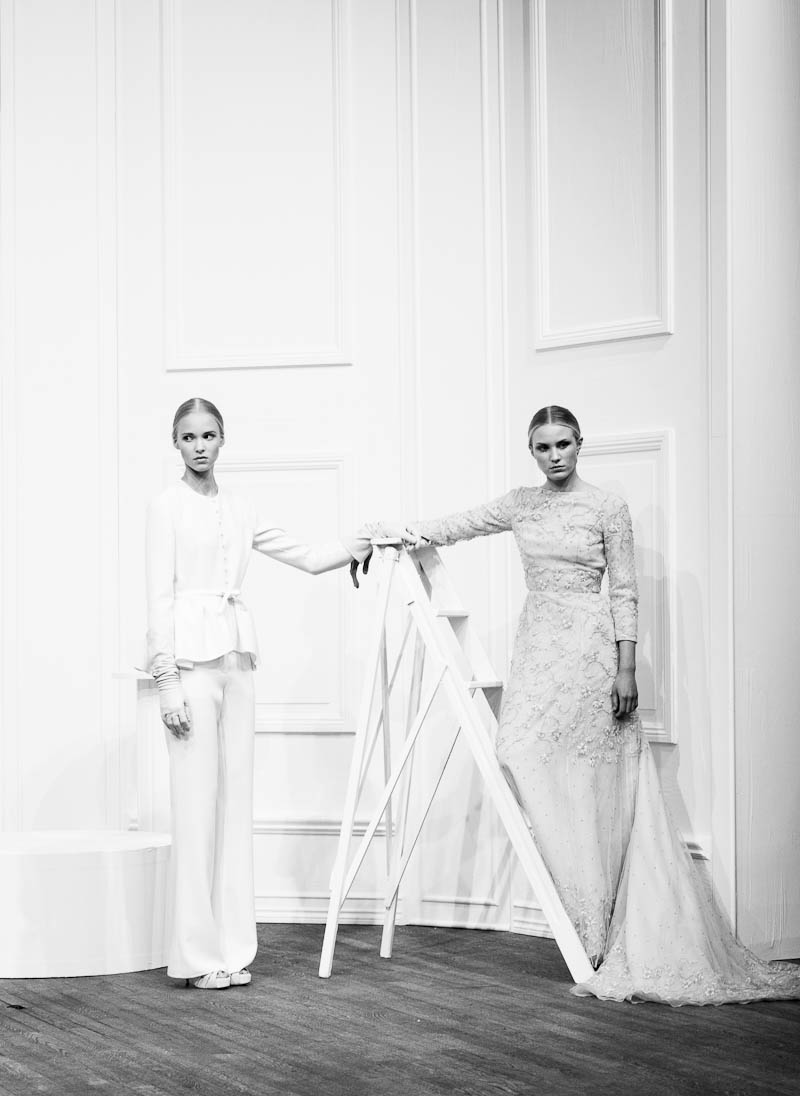 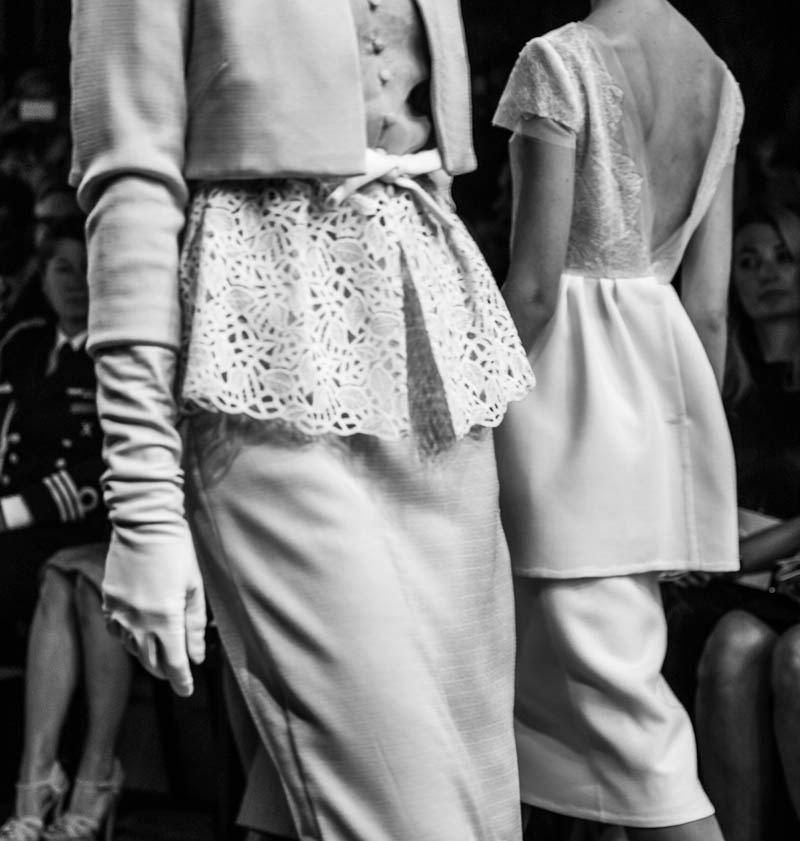 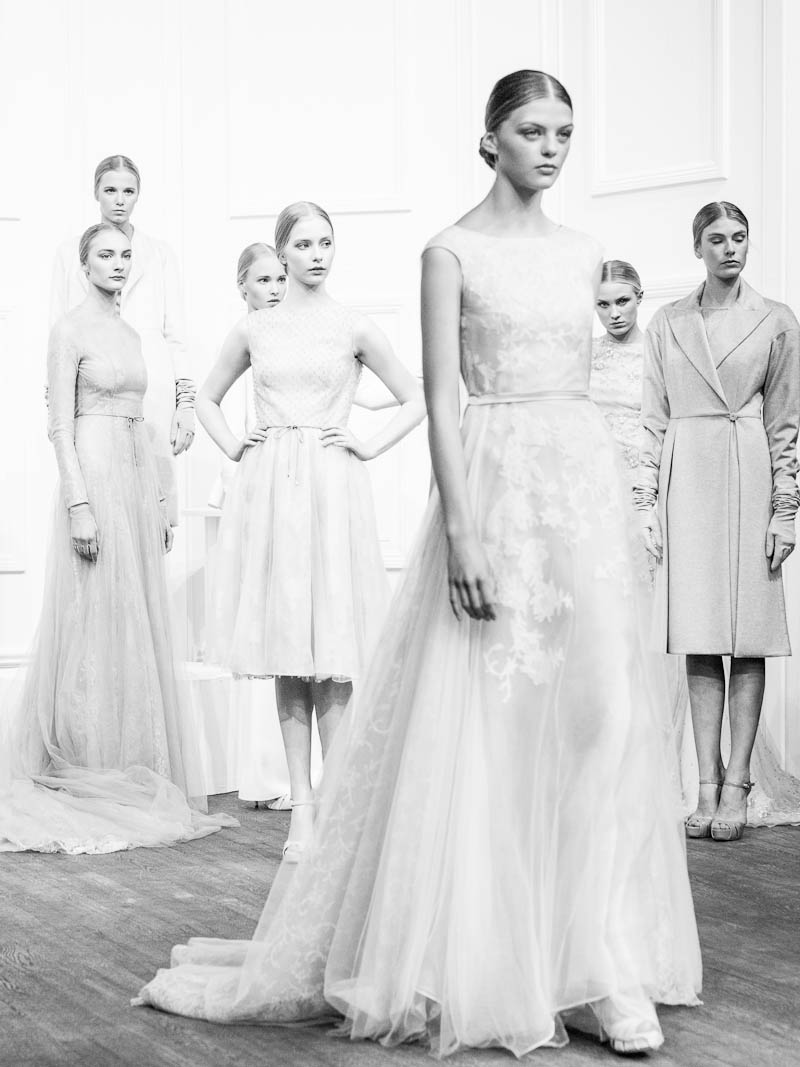 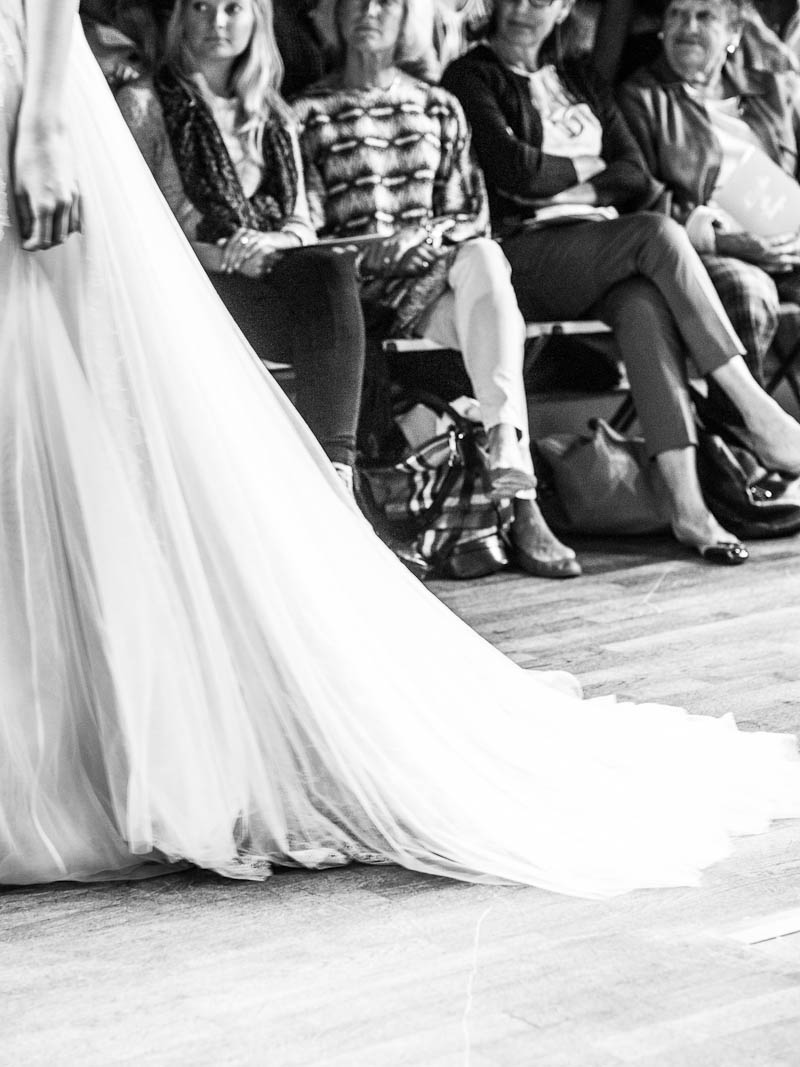 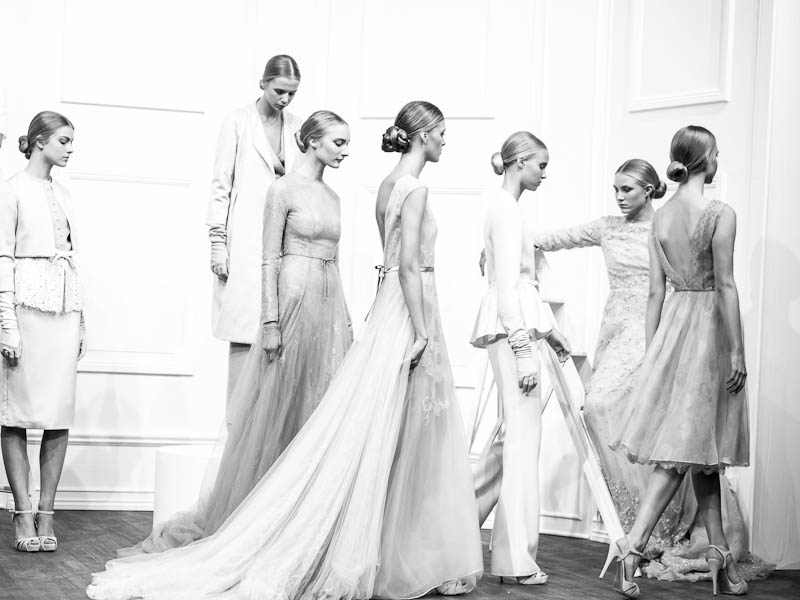 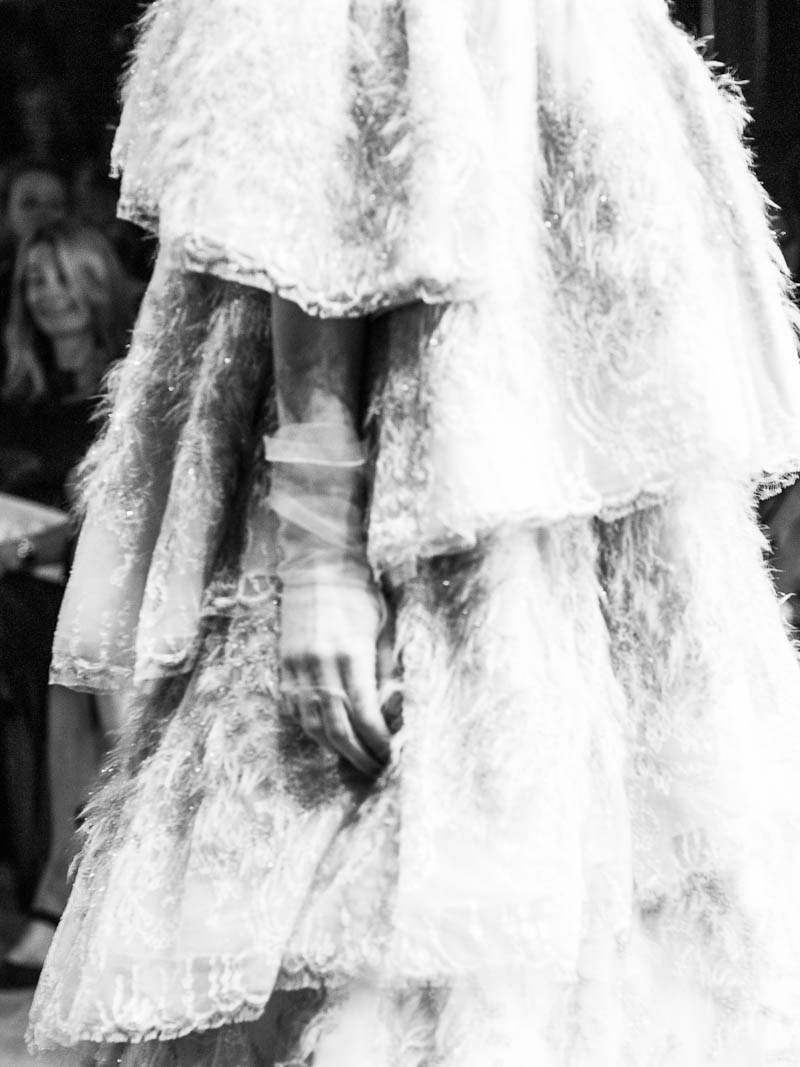 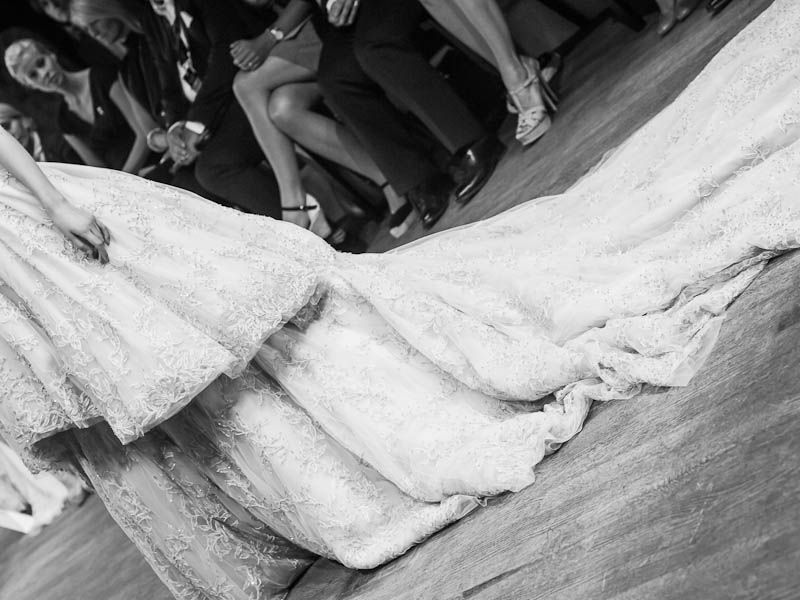