Christopher Kane‘s AW12 show was to me a bit like a dark extension to his SS12 one. More floral motifs, more beading and embellishments, moiré instead of brocade and a palette going from blood red to bruised lips purple to black. 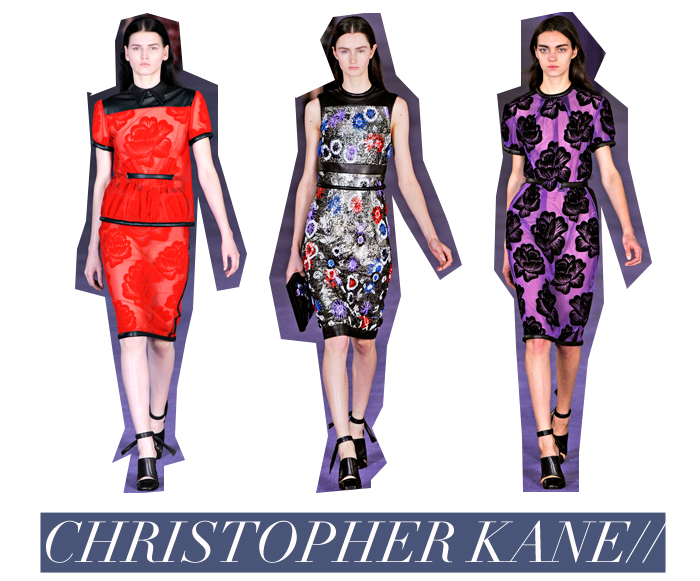 Almost like the teenager from last season had grown up and took a turn for the worse. He quotes as his inspiration William Friedkin’s “Cruising“, a thriller from 1980 where a cop goes undercover in the gay sex scene to try and catch a serial killer. Mixing serial dismemberments and pretty dresses? Do it again Christopher Kane. 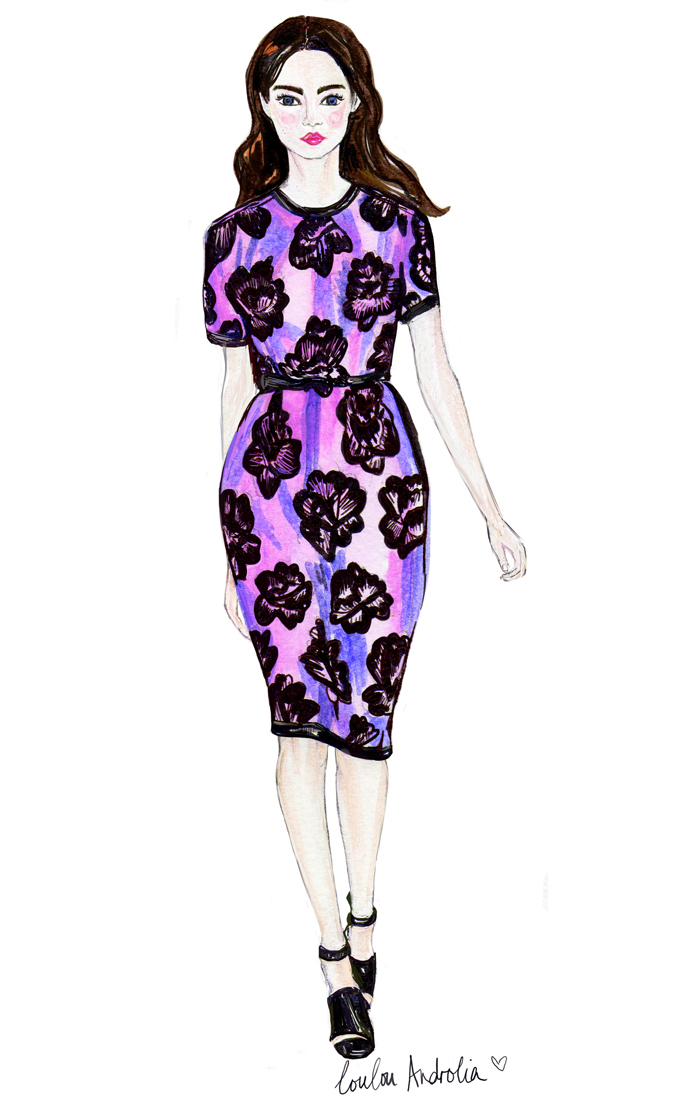 Illustration by Loulou Androlia
Show images via Style.com
If you would like to purchase one of Loulou’s print from the Illustrated Fashion Week, simply drop me an email.
Previous LFW Illustrated post(s):
Corrie Nielsen
Mulberry