I hadn’t been that excited about Spanish pop music for a while until I came across Marian Ruzzi & Sr. Amable “Una Pieza Mas” (translation: Another Piece). A project from Mexican musician Andres Murillo with Marian Ruzzi could only be the most perfect song to start my Winter soundtrack. I hear echoes of some of my favorite Indie darling bands from the 90s Donosti Sound era such as Le Mans and La Buena Vida. Both the video and the song make me smile non-stop.
tumblr

Hello Kitty launched its clothing collection worldwide in Forever 21 on November 18th and I am just as giddy as a regular teenage girl! Unfortunately for me, I can’t wear anything. But I got excited just seeing the designs and cuts they came up with: 60s and 80s influenced cardigans and sweaters.  Maybe with some creativity I could pull them off? My mind is racing. We’ll see soon! These are my favorite pieces from the collection. 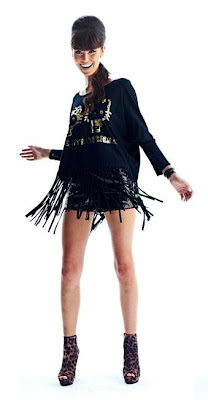 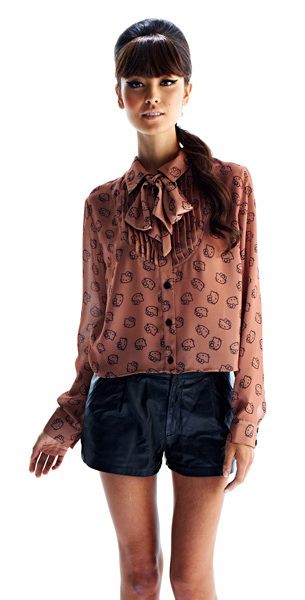 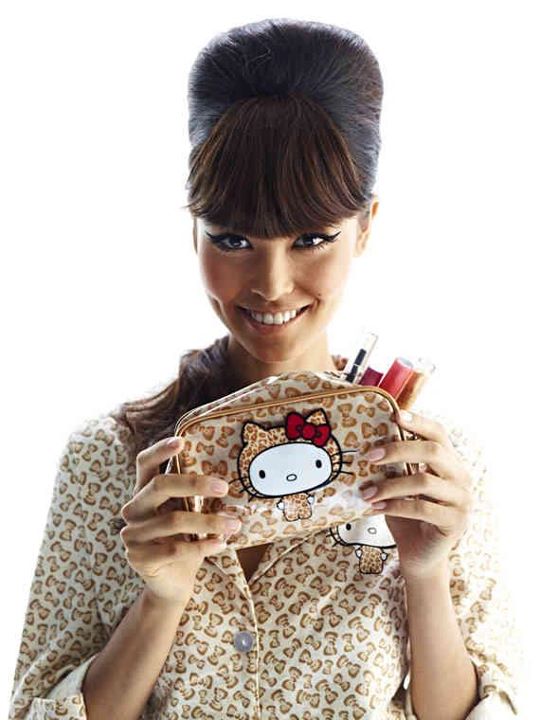 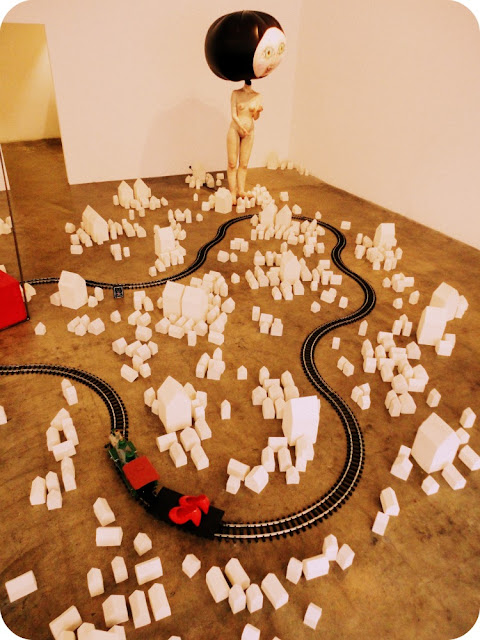 This week I decided to take a break from going out to have some “me time“. My photographer friend Isaac came to L.A. to visit from Mexico City and since it was his first time in Los Angeles, I put on my tourist guide hat for a day. He was on a mission to get Chinese Rose Tea, which it turned out was more expensive than we thought.  After wandering all over Chinatown and bargaining at the stores on the main strip, we came across a hidden tea shop, where old Chinese men manufactured and measured their own tea, and voilà, he found it at a very reasonable price which made us really happy after searching for hours. We then walked over to Chinatown’s Art District on Chung King Road and browsed all the galleries. 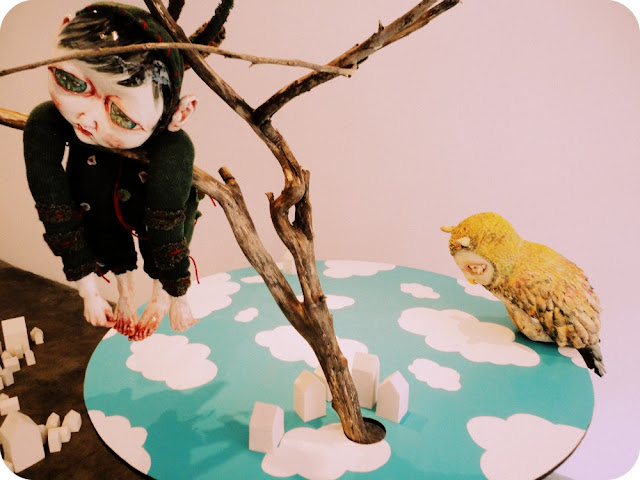 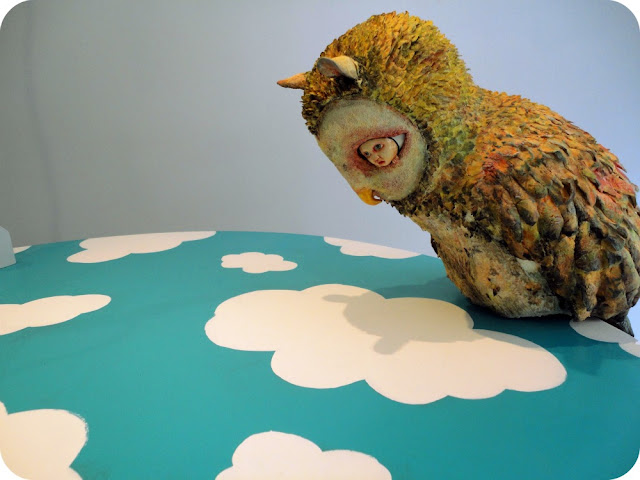 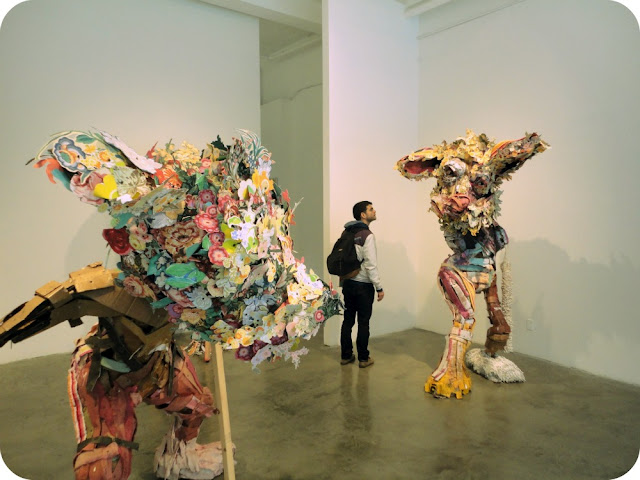 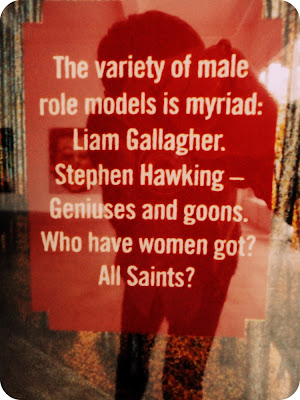 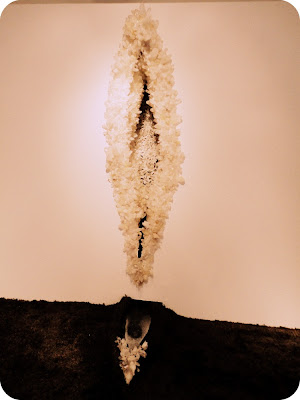 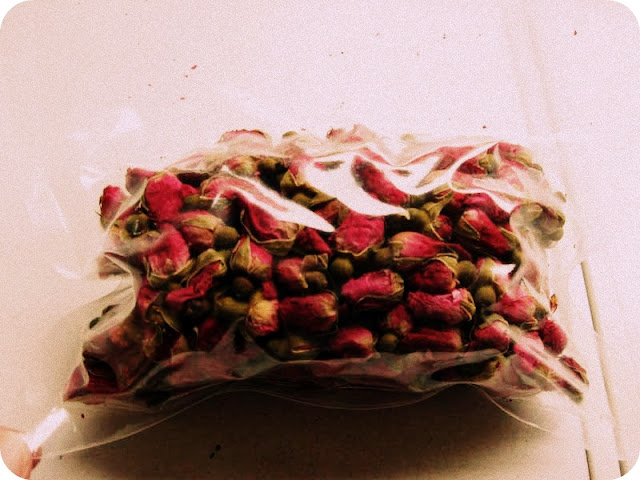 ….Then went over to Little Tokyo to have lunch. On our way out we came across a wish tree in the middle of the shopping plaza, so we each wrote down something we wished for and hung it on the tree. Then we were off to the MOCA Geffen Contemporary Museum to see Under The Big Black Sun: California Art 1974-1981.  I couldn’t take pictures inside but you can check part of it out here. 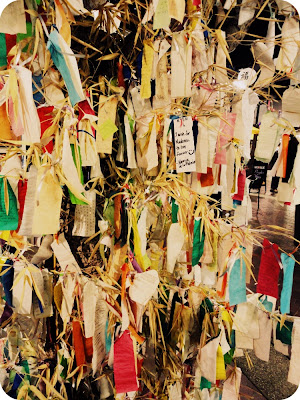 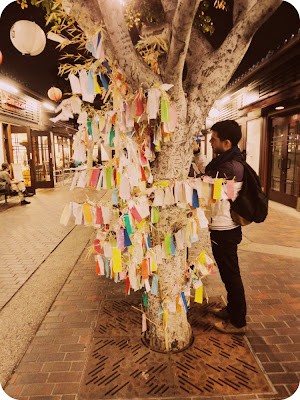 After a long day dedicated to the Arts, my inner night owl couldn’t resist going out and seeing friends so I took Isaac to a speakeasy in an old house in Echo Park where the party usually starts after 2 am – which by L.A. standards is going over the limit – and sat down and chatted over drinks inside a tiny room while watching the strobe lights and people dancing to the beats of Mr. Cocoon. We left just before all the after parties came in to end a lovely and relaxing weekend. 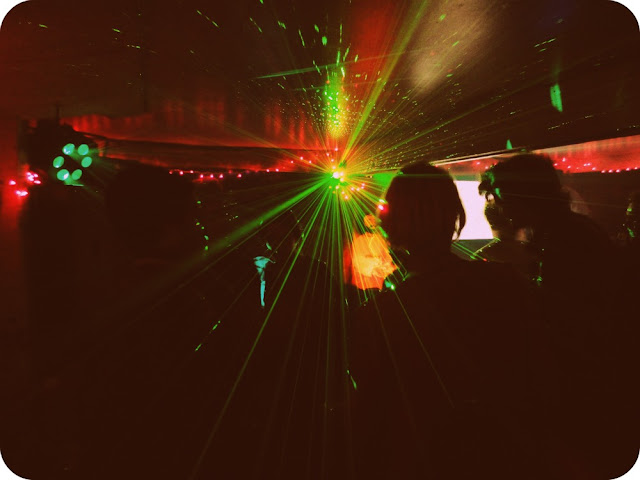 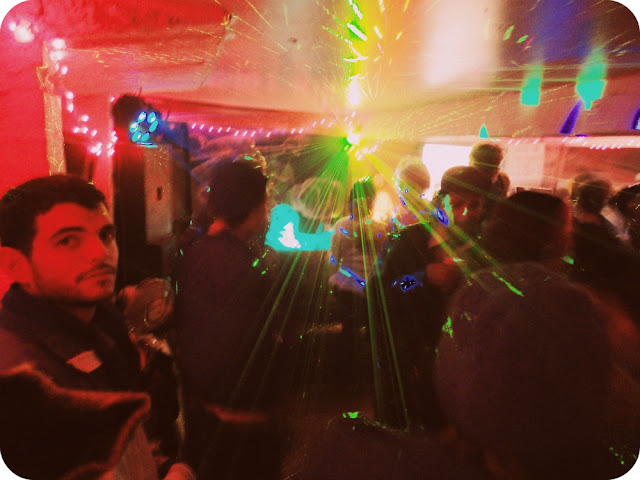