As it’s almost Halloween I thought I’d offer another off the beaten track icon for you, one that has had a profound impact on popular culture. I was originally going to write about Elvira, but I can’t talk about Elvira without digging into the history of that character, and that’s when things get complicated. Horror icons have origins, everyone from Dracula to more recent creations like The Babadook can be traced to one singular writer or director who invented a character that took hold in popular consciousness. But for the female character who embodies the gothic aesthetic, things really began with Morticia Addams. Not the Angelica Houston version that you might be familiar with from the 1990’s film. Or the Carolyn Jones version that (if you’re old enough) you’ll remember from the 1960’s TV show, but the original incarnation.

The Addams Family started as a cartoon in The New Yorker in the 1930’s, and this really forms the progenitor for the gothic vixen that, depending on your age, you will recognise in one guise or other. To begin with Morticia was nothing more than a drawing that no-one had tried to embody in any way. That is until in the 1953 when a Finnish woman called Maila Nurmi attended choreographer Lester Horton’s annual Bal Caribe Masquerade in a costume inspired by the Morticia Addams cartoon. She caught the eye of a TV producer who hired her, almost instantly, to present horror movies on an L.A. television station. With the help of her husband she created a persona called Vampira and thus a legend was born.

The Vampira Show first aired in 1954 and with the help of some odd publicity stunts (an open top car cruised around L.A. with Vampira sitting in the back seat holding a black parasol) it was an instant success. It’s hard to imagine how famous she must have been at this time, or the how her macabre creation was perceived so long ago, but it must have been extraordinary. Time magazine ran an article on her which in itself speaks of a kind of stardom rare in the 1950’s. There are stories of James Dean halting production of Rebel Without A Cause so he could watch the latest episode of the show on set. Eventually the two stars became good friends.

By 1955 her fame was out of control, a crazed fan broke in to her house in an attempt to murder her but after several hours of torture she managed to escape. In many ways this brought an end to Vampira, but the legacy had only just begun. Nurmi had created a character trope that we would see mimicked, reappropriated and regurgitated for decades to come. The impact of her trademark cinched waist and gothic styling can still be seen in modern culture with people like Dita Von Teese offering her own take on the femme fatale. In 2014 it was discovered in Nurmi’s diaries that she was the inspiration for Maleficent from Disney’s iconic Sleeping Beauty, a role most recently reprised by Angelina Jolie.

The Vampira Show came to a close just a few years after it started and Nurmi tried to make it as a movie star. She made several appearances in feature films, most notably in Ed Wood’s Plan 9 From Outer Space (famously touted as the worst film ever made) but her star was beginning to wan. A victim of her own popularity the Vampira character had been so trendy that ultimately it fell out of favour and by 1962 Nurmi was making a living installing linoleum flooring, “and if things are slow in linoleum, I can also do carpentry, make drapes or refinish furniture”, she told the Los Angeles Times. It wasn’t until 1981 that Nurmi began to reap the benefits of the Vampira legacy, or so it seemed. Having retained the rights to the Vampira character, when TV producers sought to resurrect Vampira they had to go to directly to Nurmi herself. Although she was set to receive an executive producer credit Nurmi eventually left the project in a dispute regarding Cassandra Peterson, the woman who would eventually become Elvira. Hired without Nurmi’s consultation the resurrection of The Vampira Show was over before it began. A court case followed with Nurmi suing Peterson for stealing the Vampira persona and rebranding it as Elvira but the court eventually ruled in favour of Peterson, leaving Nurmi out in the cold once again.

Cassandra Peterson got her first acting break after a chance meeting with Federico Fellini in Italy where she fronted a number of punk bands in the early 70’s. She created a sarcastic valley girl type character when she moved back to the US and toured a musical/comedy act which would eventually form the basis of the Elvira character. When she won the Vampira role she was tasked with creating the look herself. Ironically her original idea was based on Sharon Tate in Roman Polanski’s The Fearless Vampire Killers, a look which has much more in common with how Peterson looked in real life, than it did with Vampira. Ultimately it was the producers who demanded something closer to the gothic look that in the end gave birth to the punk hair and plunging neckline that would turn Elvira into an icon.

To be honest the two chracters are really very similar. Vampira had a glacial and almost avant garde quality that simply wouldn’t have worked in the 1980’s. Peterson’s sassy, naughty, tongue-in-cheek persona was perfect for the MTV generation. Following the same paradigm as Vampira, Elvira went from obscure cult figure to mainstream success practically overnight, but where this story differs is that Peterson turned Elvira into a lucrative brand with licensing deals that included merchandise which ranged from comic books to pinball machines.

The Elvira show was resurrected in 2014 with a 13 episode run that brought the character to a whole new generation. Peterson makes regular appearances at Pride events and even appeared as a guest judge on Ru Paul’s Drag Race. Whichever version of the gothic femme fatale that you prefer one thing remains clear, it’s a stylish, sexy and sublimely cool character that remains eternally popular. 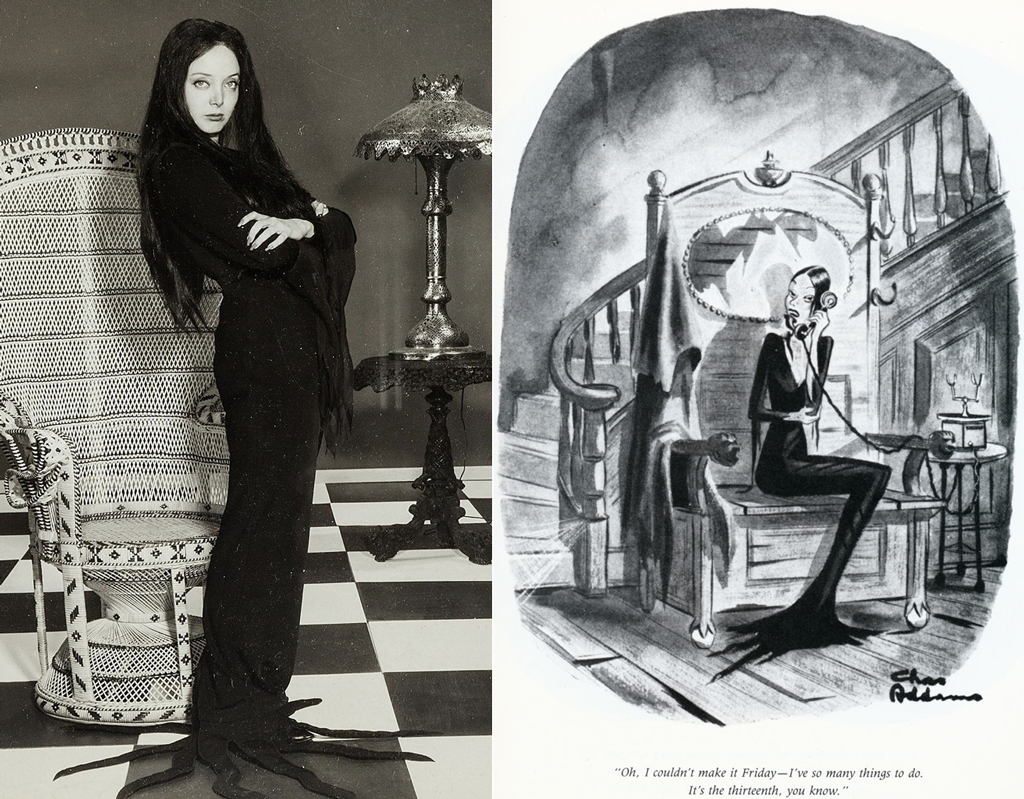 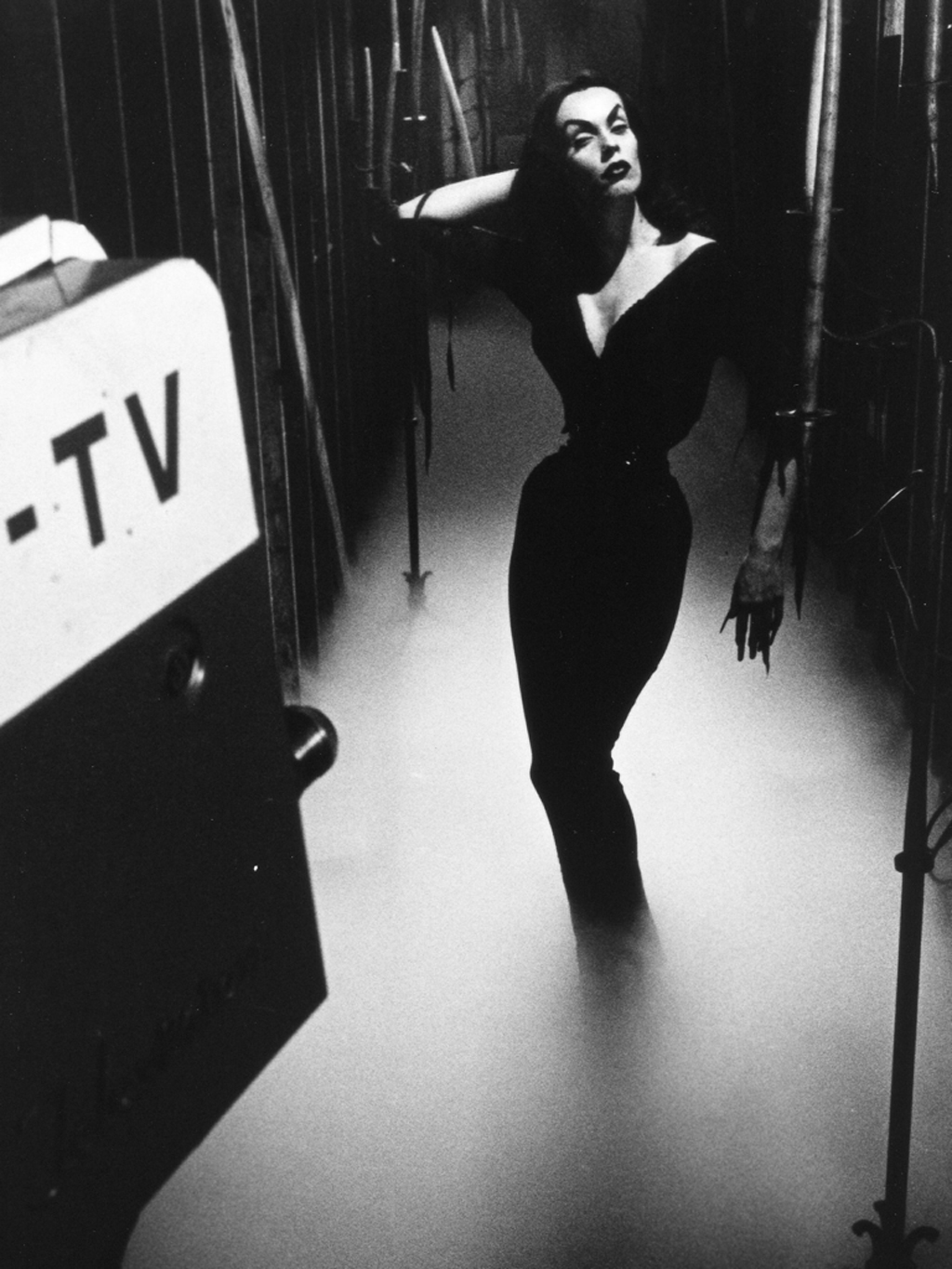 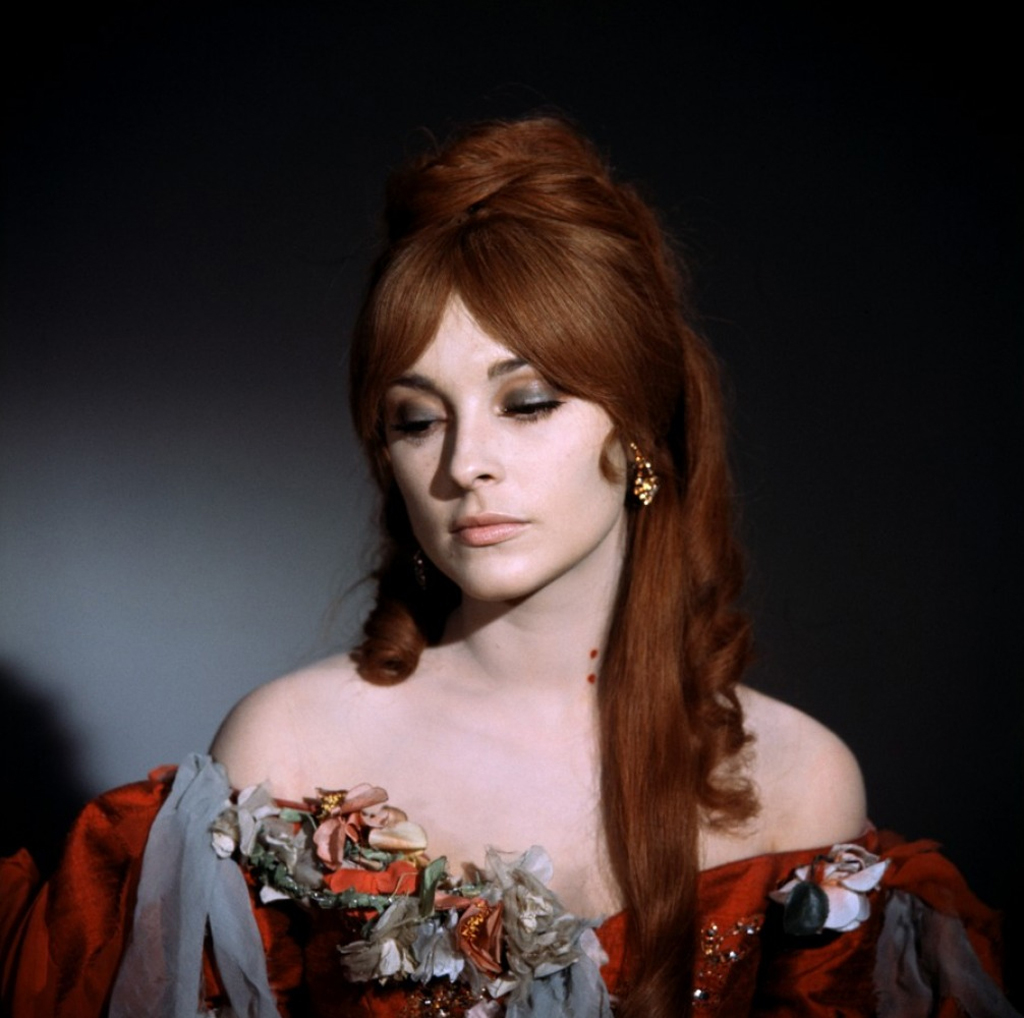