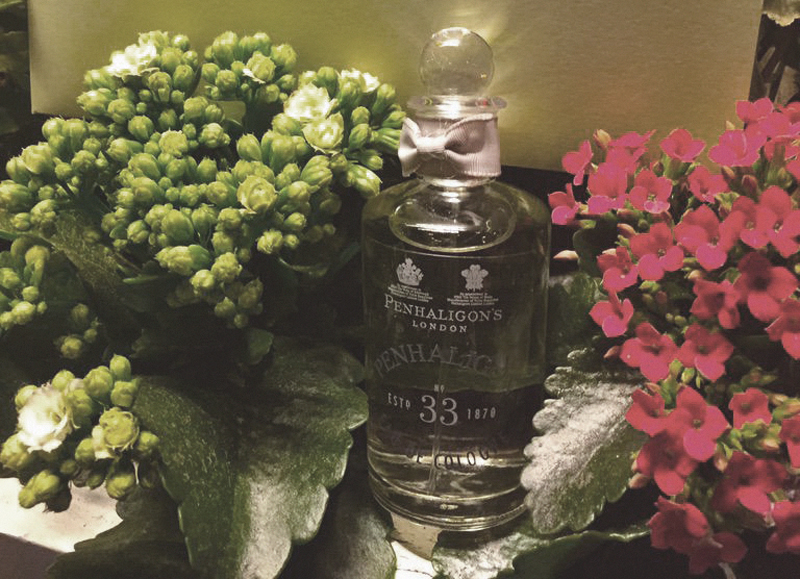 If you need a little help in feeling younger, I’m happy to tell you that Penhaligon’s turns 145 this year. I’ve come to think of the brand as an old friend, I guess I should say a really old friend. To mark this anniversary they’ve decided to launch a fragrance that celebrates their own rich heritage. No. 33 is named after one of the first stores William Penhaligon opened in London way back in 1874 at 33 St. James’s Street. But the history lesson provided by No. 33 doesn’t end there.


The fragrance itself is comprised of a greatest hits of classic Penhaligon’s ingredients. At the heart of the scent is lavender which was a central component of some of the earliest Penhaligon’s scents such as Hammam Bouquet and my personal favourite fragrance for summer Blenheim Bouquet. Other notable heart notes include black pepper, ginger, saffron and cardamon. And while those ingredients might recall popular contemporary fragrances like Marc Jacobs Bang, No. 33 is much more complex than that. Top notes of bergamot, orange, grapefruit and cypress create an initial impression of aromatic, crisp citrus, but this is a red herring. The base notes are a curveball that really cements the fragrance as an almost instant classic in the cologne stakes. Warm, masculine vetiver combined with tobacco and cedar sit comfortably beside sweeter notes of vanilla, tonka bean and amber. It’s a fragrance with considerable depth, that truly gives an olfactory journey. A fitting celebration of an illustrious 145 year heritage.


No. 33 will be available to buy at Penhaligon’s boutiques and online from July.