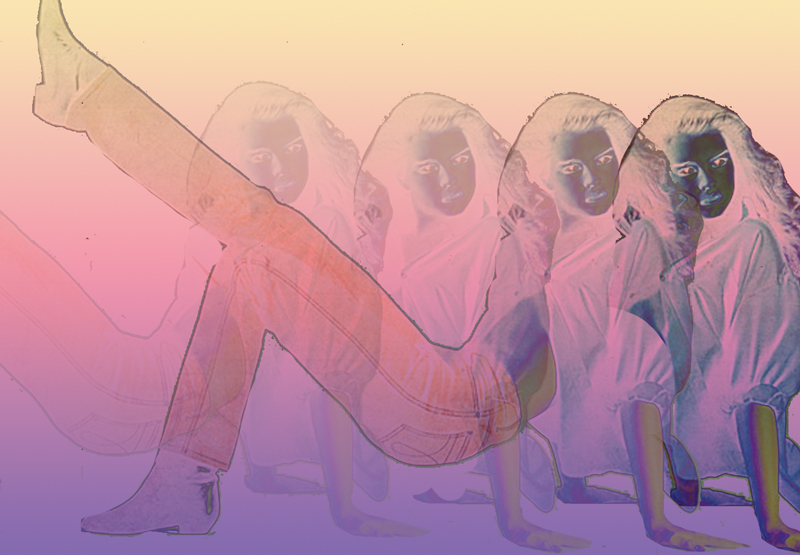 Way back in the 90’s my sister and I were proudly sporting (like everyone else) flared jeans. We thought we looked awesome and technically speaking, at the time, we did.

It was a valid trend (one that threatens to come back with alarming regularity) but I’ll never forget my mother’s mocking look as we paraded around as if we’d invented flared jeans. She explained that once you’ve lived through a trend, the appeal of re-living it is significantly diminished. I didn’t understand at the time but this is the kind of wisdom that really only comes with age. It was only when I was old enough to see trends I had once embraced, re-hashed and regurgitated that I truly understood what my mother meant (it pains me to say this but she’s never wrong). Cut to the snore-fest that is today’s 90’s revivalism, from grunge to rave culture, I’ve done it all. Nowadays it holds absolutely no appeal. It’s fraudulent and the children acting like they’re too cool for school in outfits I wore decades ago just makes it even worse. 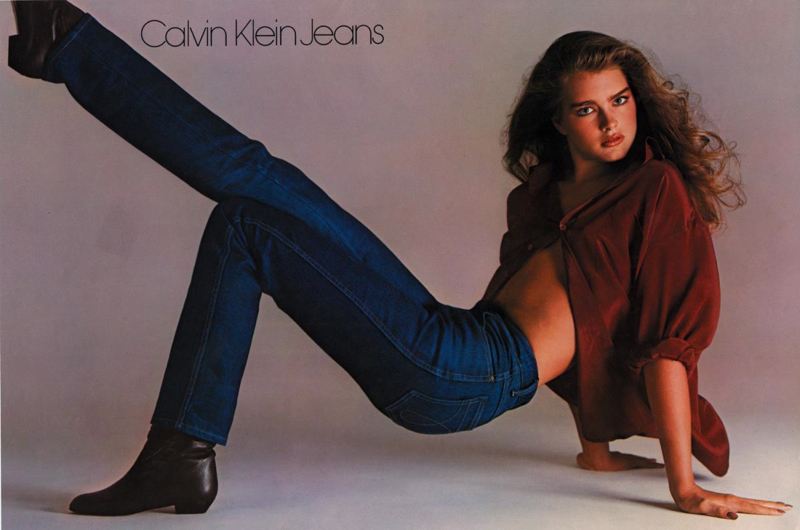 But to every rule there is an exception, and that exception is Calvin Klein. The very first ‘designer‘ item I ever bought was a Calvin Klein t-shirt branded with his logo. I literally thought I was the best dressed person that ever lived. It cost me £35 and that was, at the time, quite a lot of money. There was nothing special about the t-shirt apart from the fact that it had Calvin Klein’s name on it but that idea of branding is something Calvin Klein practically invented. He was a master of marketing and advertising, far above and beyond the skills he had as a designer. The logo in question had a profound impact on graphic design and was mimicked and copied over a course of years appearing in various iterations on everything from album covers to cleaning products. It was genius and it’s a trick that has been copied ever since. 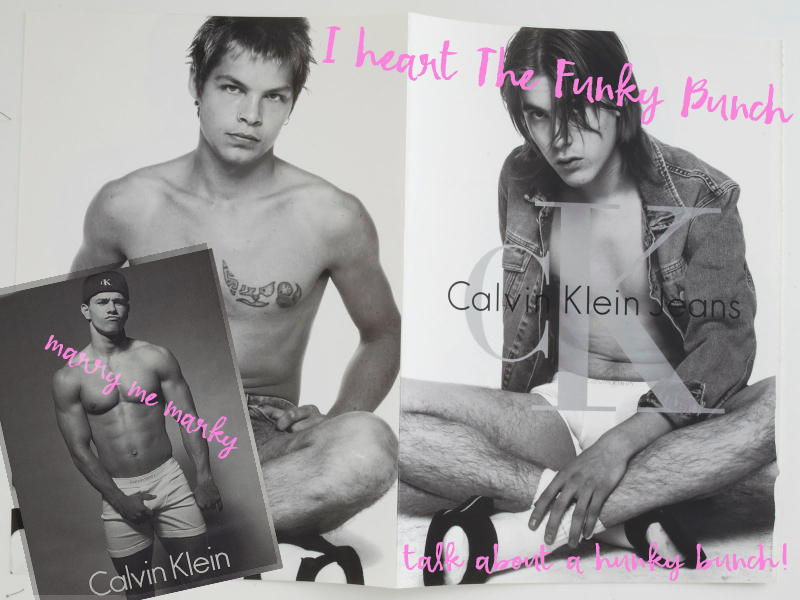 Klein’s genius goes right back to the 19070’s when a billboard ad featuring a barely legal Brooke Shields stated that “Nothing comes between me and my Calvins“. Using sex to sell is a trick that Klein was perfecting while Tom Ford was still wearing a nappy. By the time the 90’s rolled around Klein was untouchable. The Calvin Klein Jeans diffusion line had made “designer jeans” de rigueur and the advertising that accompanied it was revolutionary. You had to wear your jeans slung low so that everyone could see the waistband of your Calvin Klein underwear (another thing I’m pretty sure he invented) and then, only then, would you look as good as Marky Mark (he’s now known as Mark Wahlberg but if you’re old enough you’ll remember his embarrassing hip-hop days, with his band the Funky Bunch). 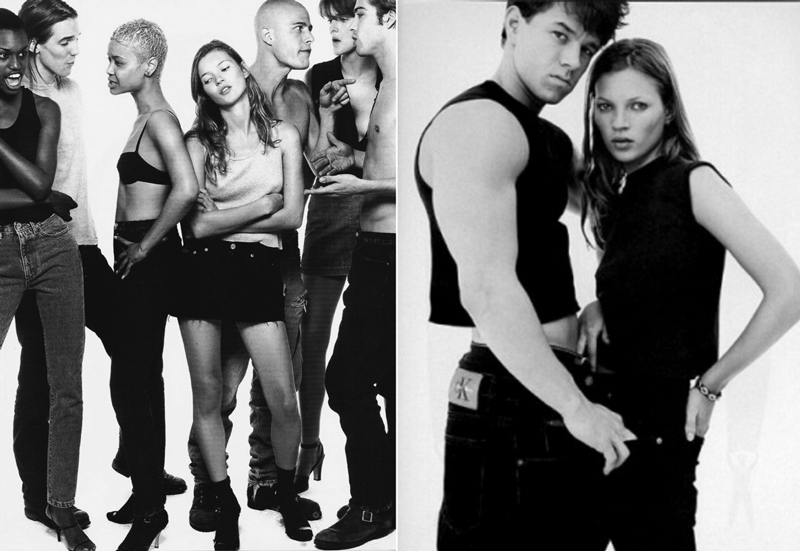 This is a look that you could casually accessorise with Kate Moss, if you had Kate Moss to hand. Then CK One rolled around, a unisex fragrance with an achingly cool ad filmed and photographed by Steven Meisel featuring an uber modern multicultural cast of beautiful androgynous models. Imagine my joy when I heard that Urban Outfitters have exclusive reproductions of the famous Marky Mark CK jeans and the very same t-shirt that I once proudly wore. For SS15 they’re stocking a careful edit of some of the brand’s most iconic pieces from the archives, which have been specially reworked and subtly modernised. Nostalgia is a powerful emotion and for once I’m more than happy to relive the past, because this part of the past was absolutely awesome. 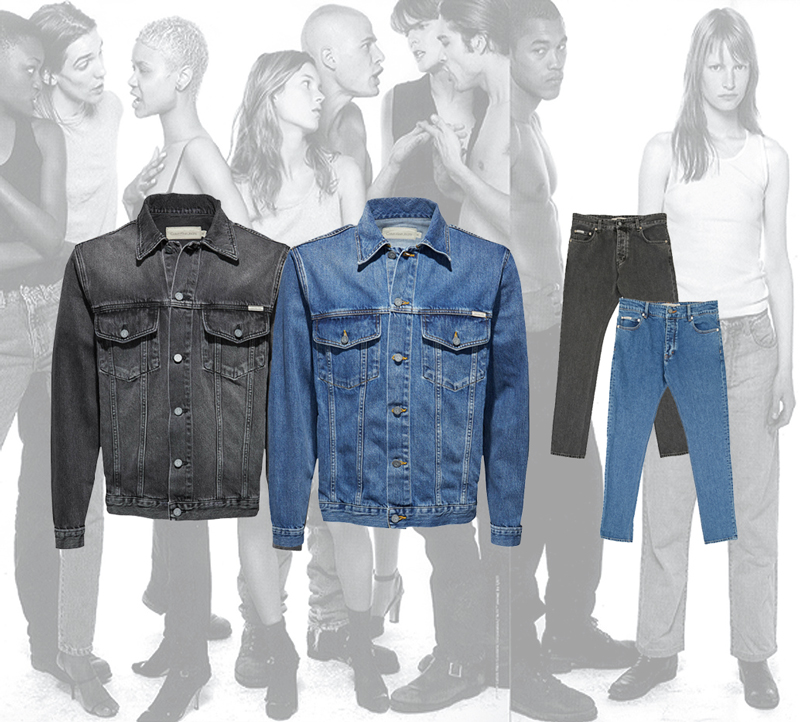