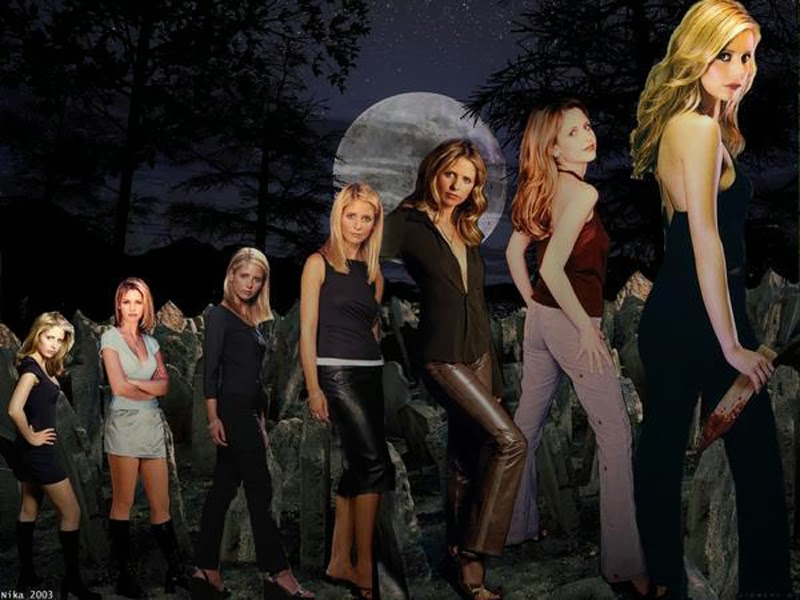 I have a new tradition: every year I watch the entirety of a show I used to love. Last year, I watched the whole 10 seasons of 90210. This year was dedicated to Buffy The Vampire Slayer. When I say this year, I mean mostly the past couple months. I used to watch the show religiously when it first aired in France, reading theory books about it and I even once attended a Buffy fans meet and greet with the actors who used to do the French voiceovers for the show (which was aired dubbed in France, sadly). Basically I met the disincarnated French voice of Buffy Summers, which to this day is one of my most minors claims to fame, although at the time it was pretty cool.

I used to watch Charmed and Buffy back to back as they were shown together as a package and I think both of these shows helped shape my slightly iffy late 90s look. Mind you, I don’t think I know anyone whose look wasn’t slightly iffy in the 90s. I remember it was all about those spaghetti strap camisoles paired with strange baggy trousers and clunky shoes, oddball hairstyles and chokers. Man did we love chokers. My 90s style was a mix of Brenda Walsh, Prue from Charmed and Buffy – with a hint of Manda Rin thrown in for good measure. Needless to say it involved a lot of clunky shoes and many a tee-shirt purchased from the kids department. 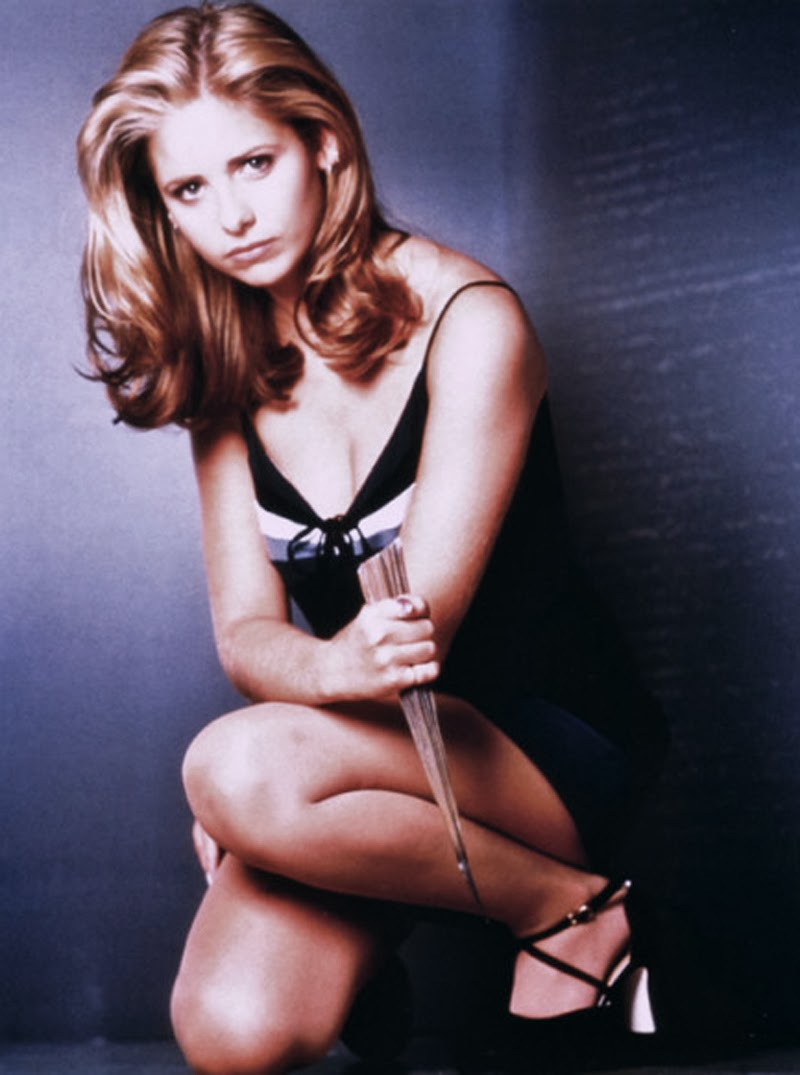 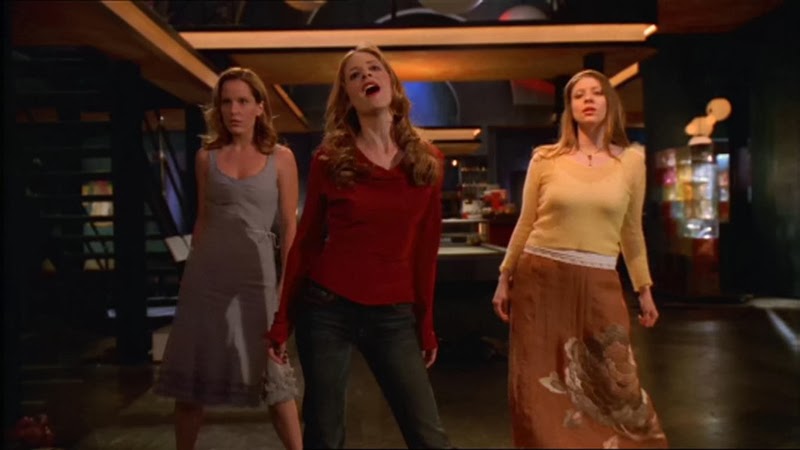 I still like this outfit. Simple and perfect for dancing till you spontaneously combust
I suppose these days I wouldn’t really call Buffy a style icon, although I still do envy her collection of gauzy Chloé blouses from season 7, but her impact on my formative fashion years has been so great, I can’t ignore her. Also, nobody can ignore Buffy really as we all know she is the greatest. I don’t think I need to even get into the long feminist tirade about why Buffy is such a great role model. All I will say is this: “Slayer, every one of us” and leave it at that. You know exactly what this means. 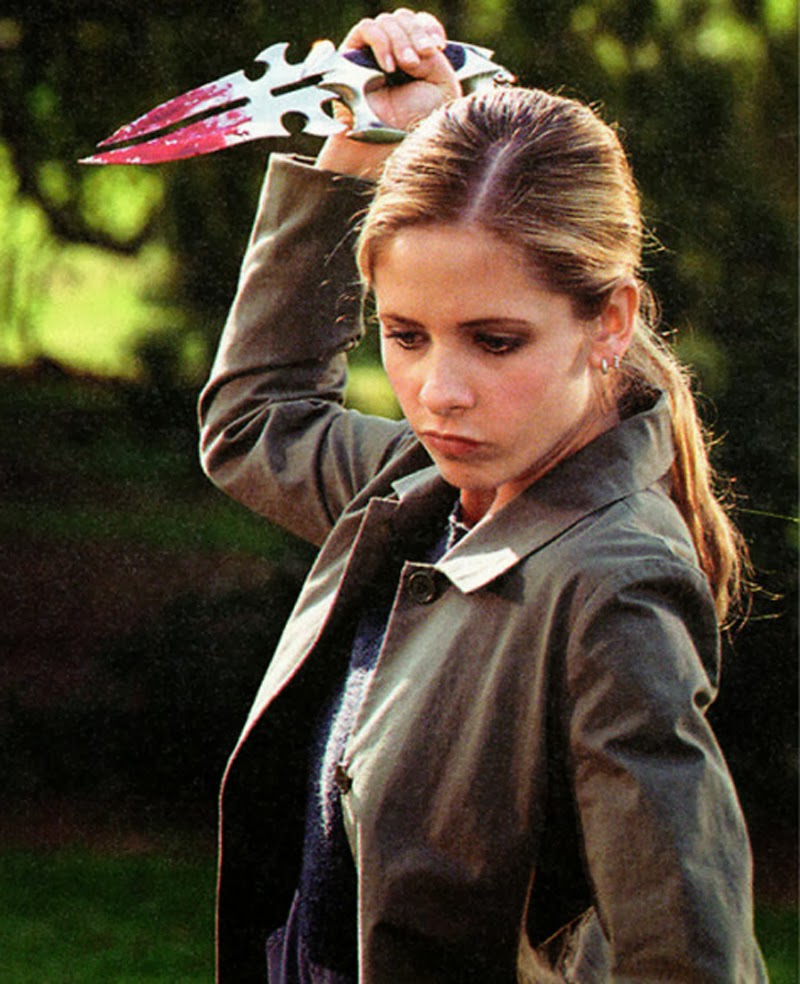 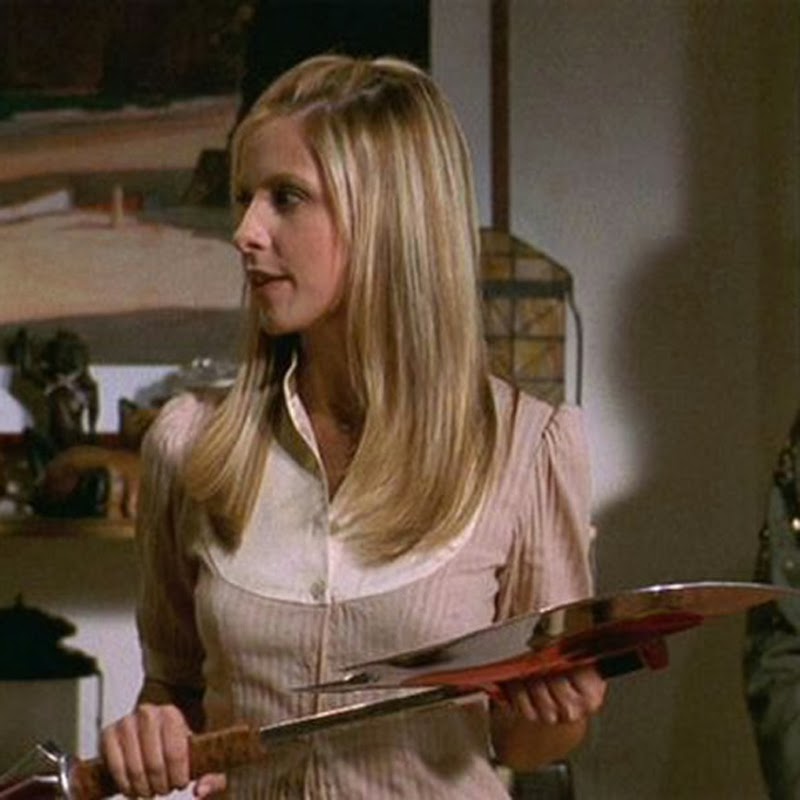 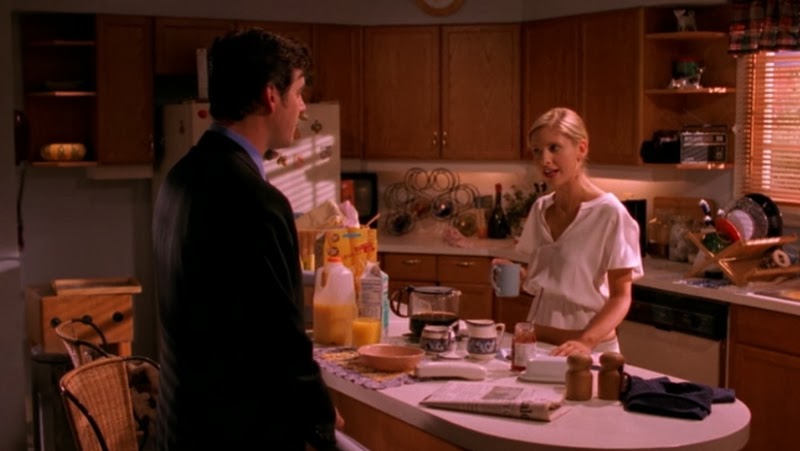 The perfect blouse, Summers style. And guess how many f***s Buffy gives about wearing white after Labour Day?
Watching everything back to back in some sort of crazy binge was pretty amazing when it comes to observing the evolution of everyone’s style. Like many shows, it got noticeably more stylish as it progressed. It normally is something that comes from the network, who wants to appeal to a different audience and generate some extra press. It was a little different in Buffy’s case. The demands for better clothes actually came from style conscious Sarah Michelle Gellar after the first season. I find it quite interesting to see how her outfit choices evolve throughout the seasons knowing this. I also can’t blame Gellar for demanding better clothes after the first season as it was sort of er… lacking in the wardrobe department. Then again, slaying isn’t about looking cute, it is about killing vampires and demons. But I guess it doesn’t hurt to look cute while doing so. 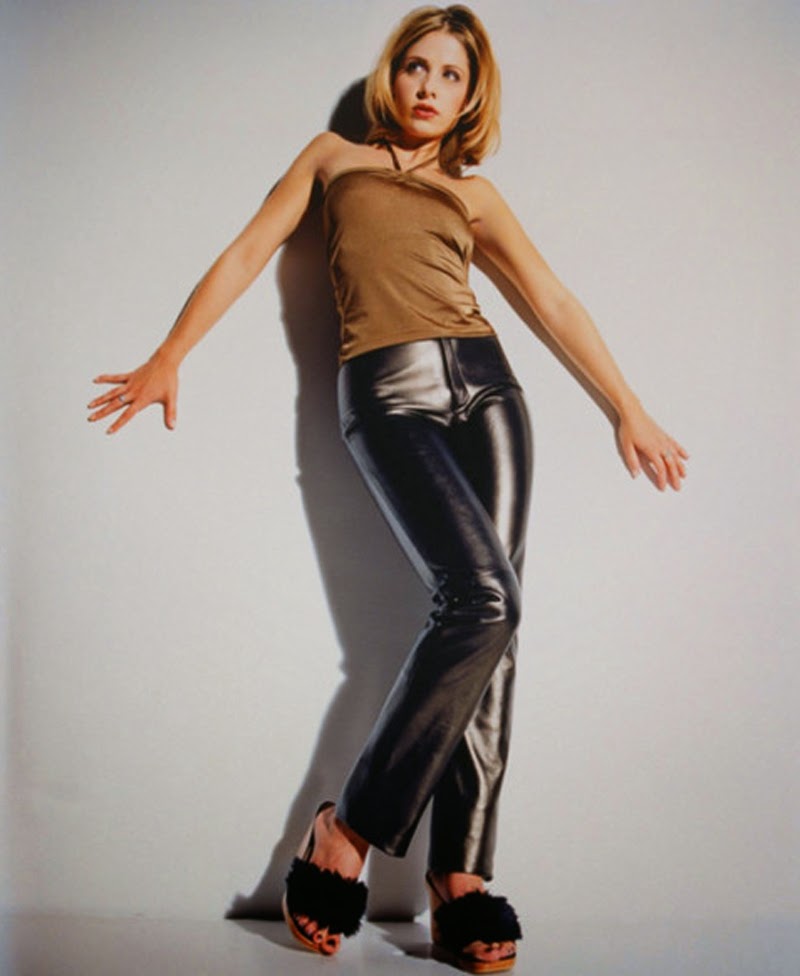 Fluffy shoes before Céline. Still fug, but it’s Buffy so everything is forgiven. 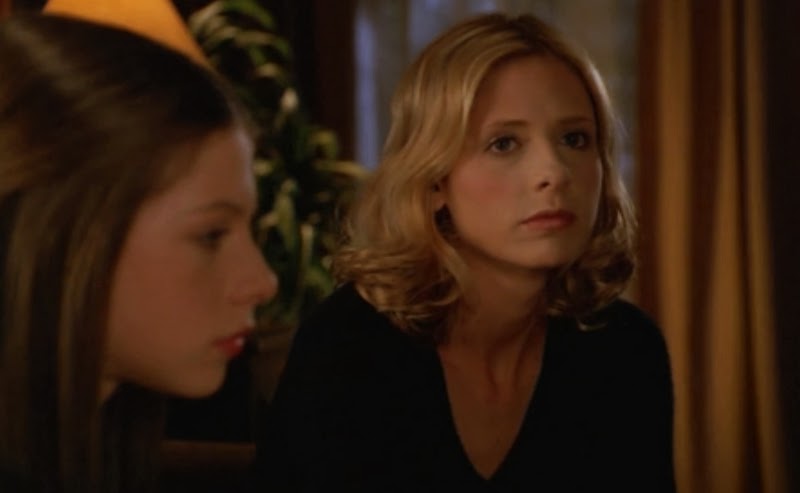 Speaking of demons, I can’t really write a post claiming that Buffy is my style icon without mentioning my crush on the ever wonderful Anya. Have you ever seen such an adorable demon? Such a sharply dress revenge machine? I haven’t. From her perfect 40s dresses to her Victorian blouses, she never really lets you down. Apart from the episode where she sleeps with Spike, I am not so sure about her hair then. I think Willow has pretty much been covered extensively online already, what with the amazing Willow’s Shirts tumblr, but I think she still deserved an honourable mention for ditching her dorky style and adopting something a little edgier especially after her MegaWitch phase. I guess some of her newly awakened magic powers was a super sense of style. 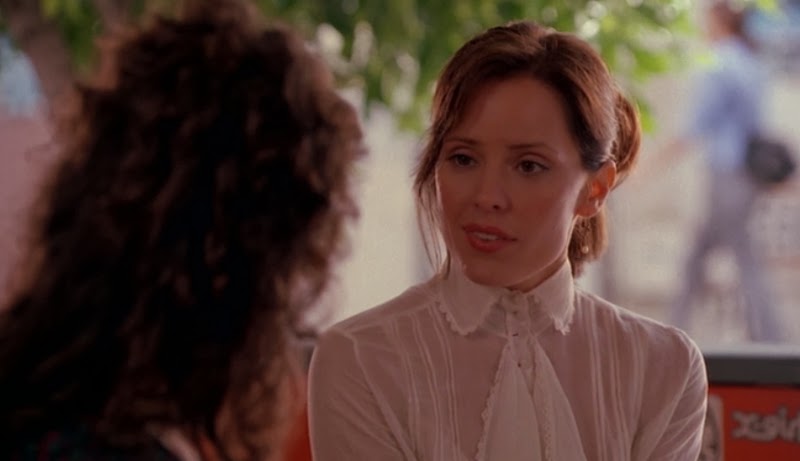 Don’t get me started on Tara though. I really didn’t like her the first time I watched the show, I found her character irritating, but this time around, she really grew on me and I shed a whole Ocean of tears when she got shot. But her outfits… I still can’t get behind. Why did they have to dress her in such a mumsy way? Why? She is so pretty, so fresh looking and then they go and cover her in those weird boho rags. Eurgh. Mind you, we all knew a girl who dressed like that at Uni. At least those of us who went to Uni in the late 90s early 00s. 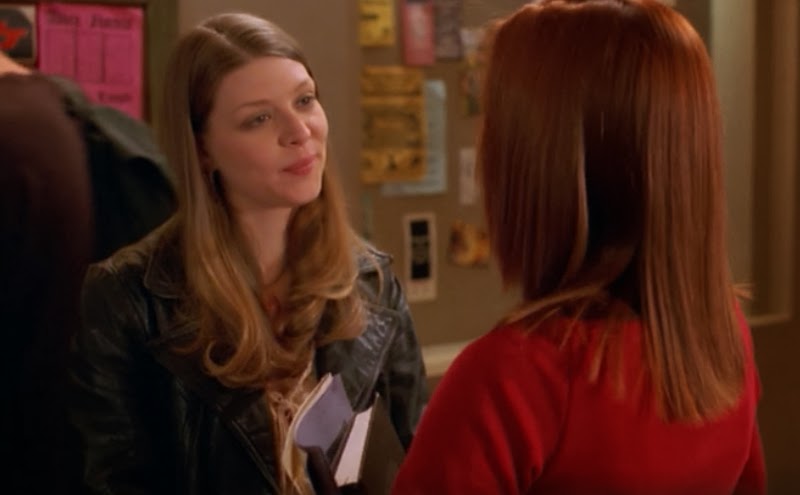 The one time Tara wore a nice outfit. I light a candle every time I see this episode

A little shout out to Cordelia for the fashion references, super preppy outfits and general sassiness. She was the one who really brought it, style wise. Still in a very clunky 90s way, but still: Cordelia had it all figured out from the start. 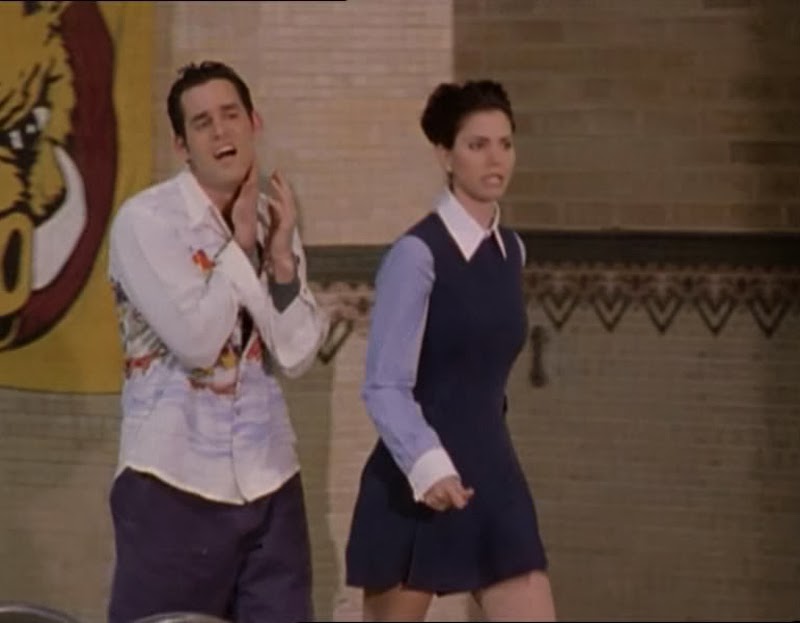 This is my all time favourite Cordy outfit 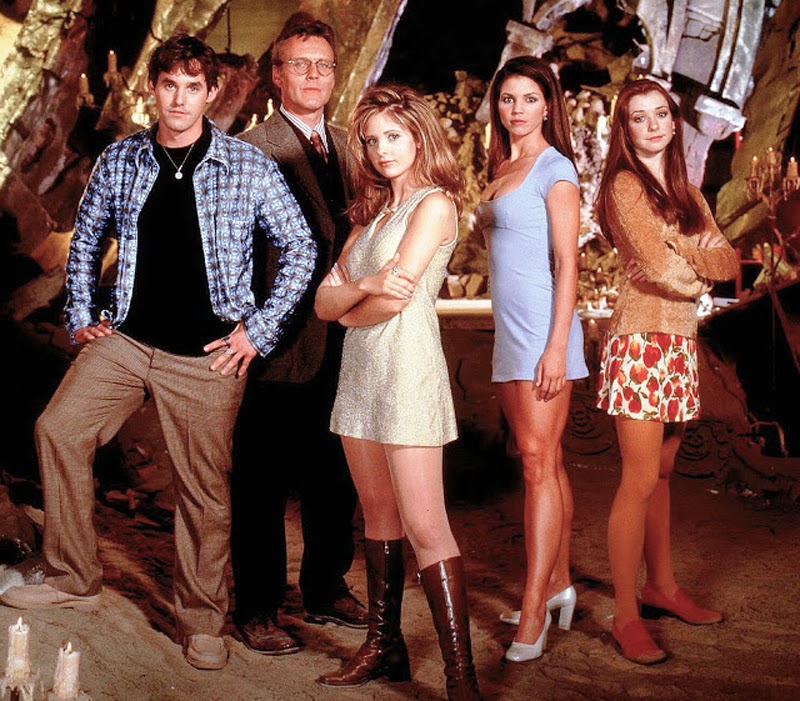 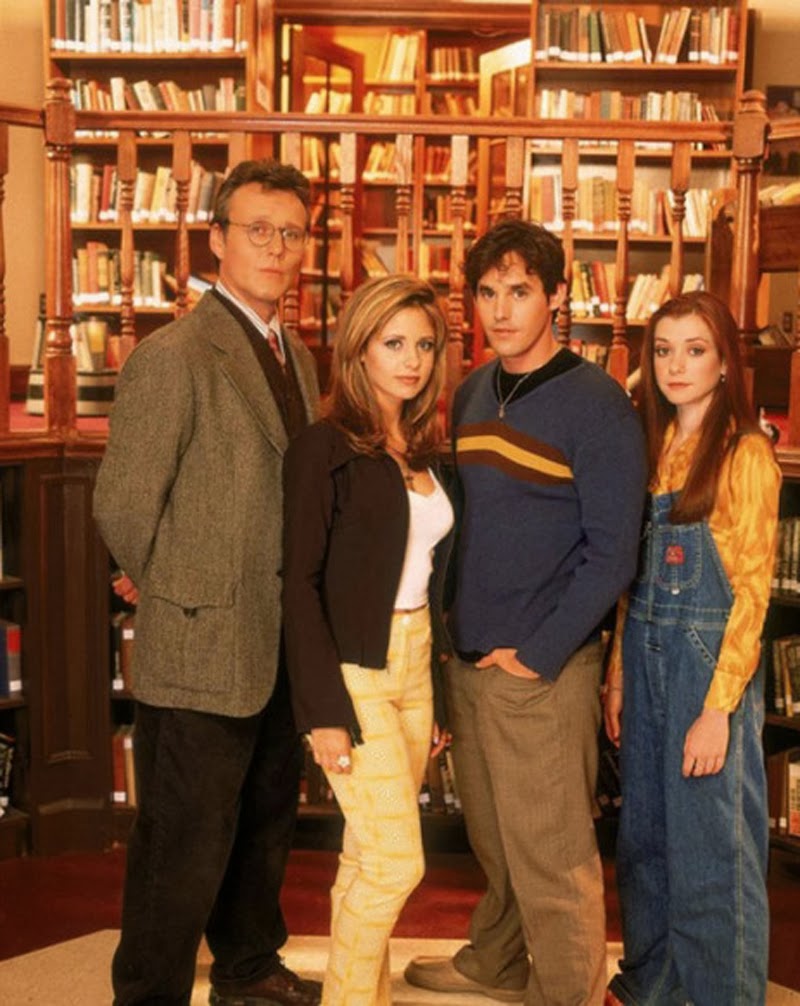 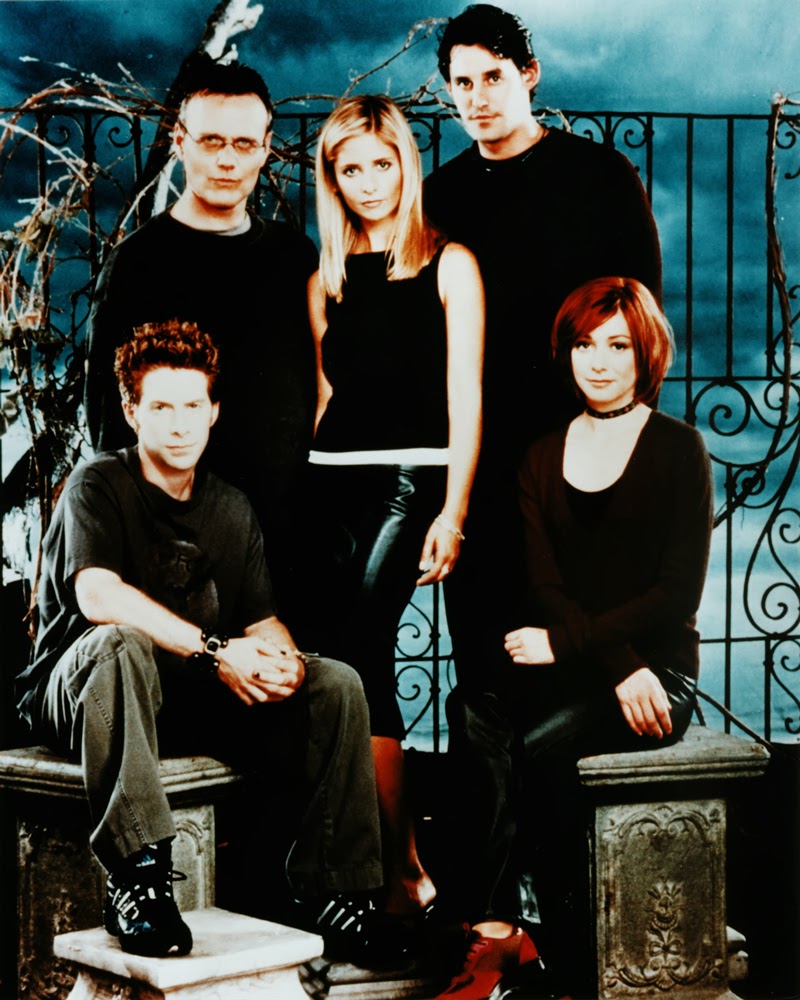