As I was sitting with Catherine waiting for the show to start and giggling at the endless stream of paps and adoring fans coming to greet/photograph Kanye West who was sitting right in front of us, I tried to guess what Mr Kane would be showing us this season. I was a little torn about his AW collection but I adored the previous SS one (no link right now as the images seem to be broken).
It doesn’t happen very often, but as soon as the first model hit the runway to the sounds of Poolside Music’s “Do you Believe?” (aka my new favourite song) I was under Kane’s spell. I could see a few distinct groups in the collection… 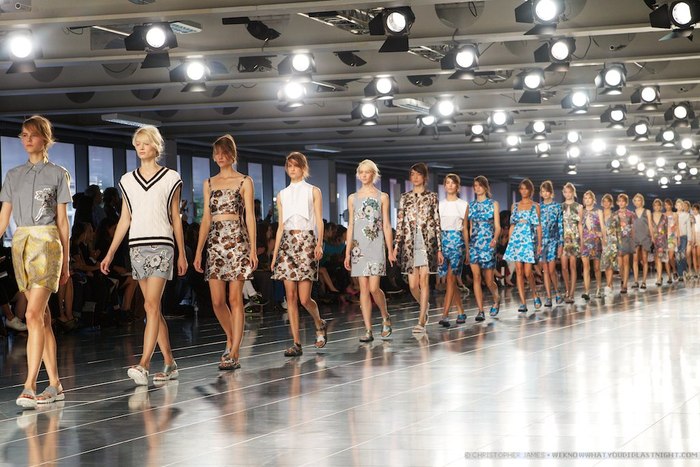 The first “group” featured cricket jumpers (some with a bit of side boob) teamed up with floral wallpaper inspired brocade separates. Pastels and brights, knits and brocade contrasting perfectly. This promptly evolved into something a little less casual and a bit more Kane: full on brocade in its brightest, shiniest glory. The whole thing was reminiscent of hotel room wallpaper and trips to the seaside with my grandparents. Teenage daydream. 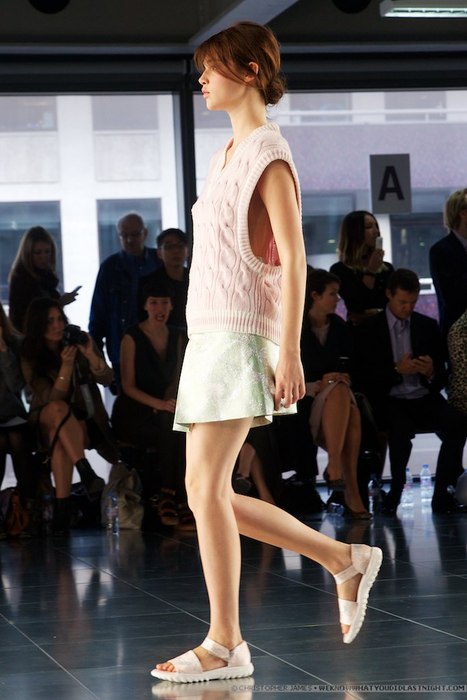 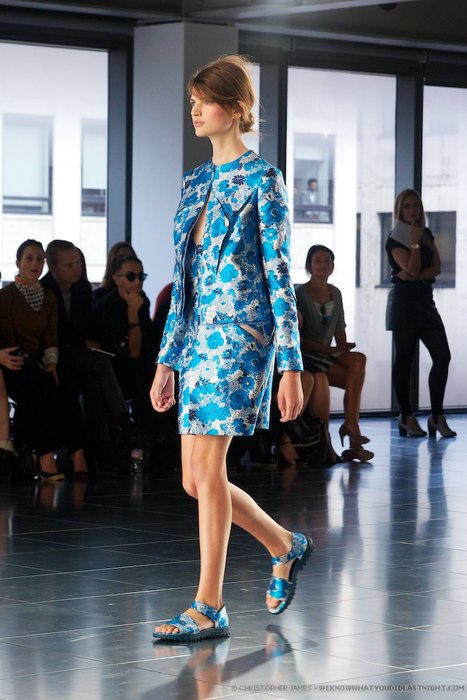 The second group saw these absolutely gorgeous coats, tops and dresses with what looked like embellished appliqué flowers on sheer fabrics. Suddenly the models were transformed into vehicles for those delicate pressed flowers. I need to have a better look at those up close to accurately describe what they were made of. 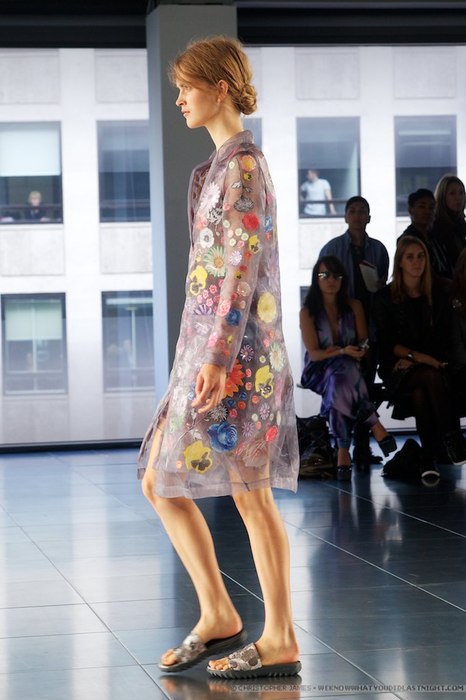 The last part of the collection focused mainly on casual evening wear. I say casual because of the dress length and choice of footwear, but really it was very glamourous. Heavily embellished dresses and separates had me gasping in my seat. 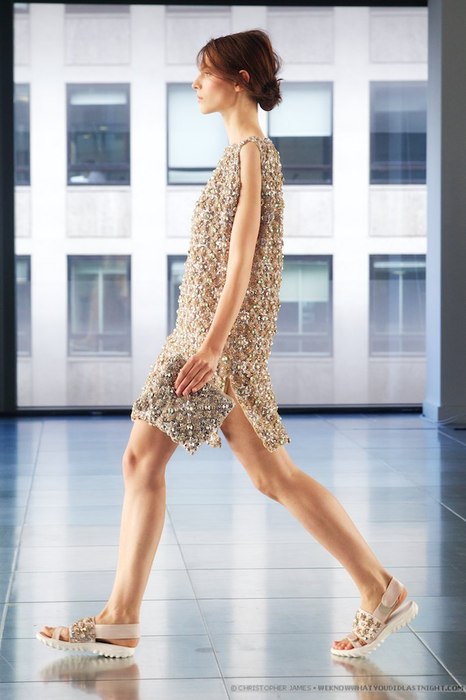