On Tuesday night, I hosted the first MCM Film Club at their London store. In the spirit of the old style after school clubs, I invited a handful of my favourite bloggers to watch “Bringing Up Baby”, nibble on some sweets and popcorn and drink champagne. 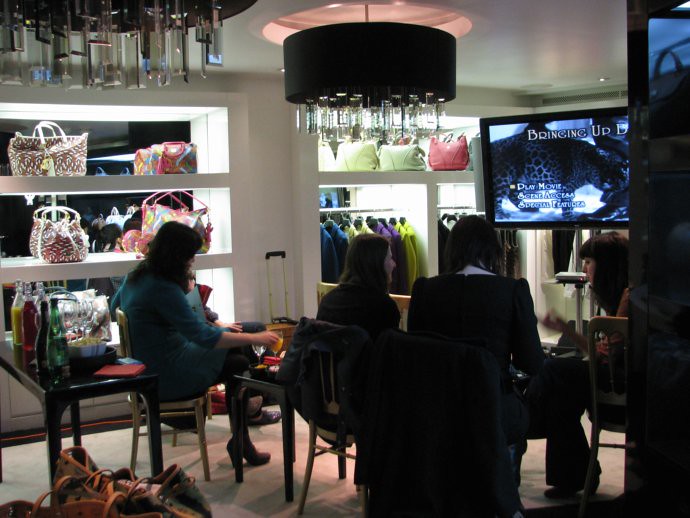 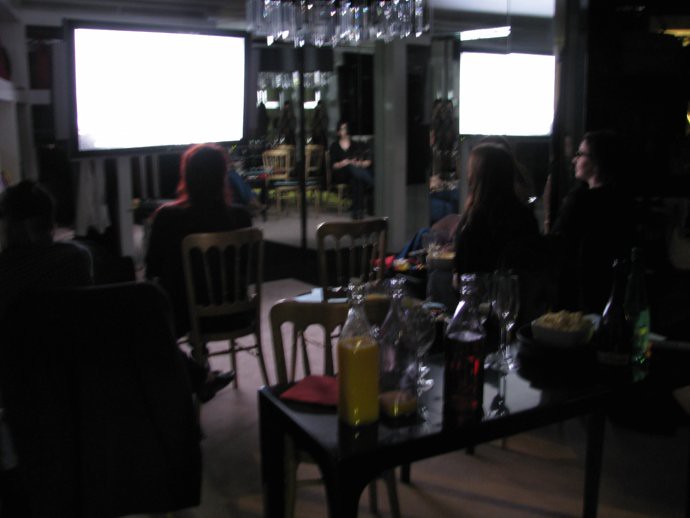 This 1938 Howard Hawks screwball comedy, starring Katharine Hepburn and Cary Grant is a classic of the genre. Katharine Hepburn is magnificent and although at first she was opposed to starring in a screwball comedy, it truly is a breath of fresh air to see her go against the typecast that was hers throughout the 1930s. Watching her and Cary Grant’s hilarious conflictual banter never cease to amaze me… and if I judge from the giggles in the room last night, I wasn’t the only one under the film’s spell! 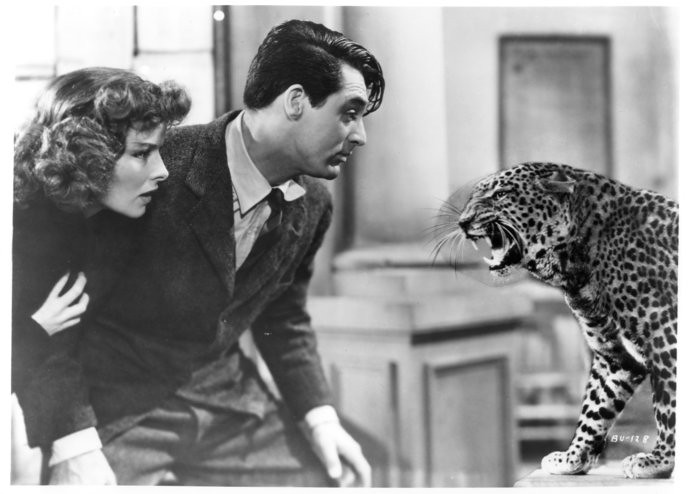 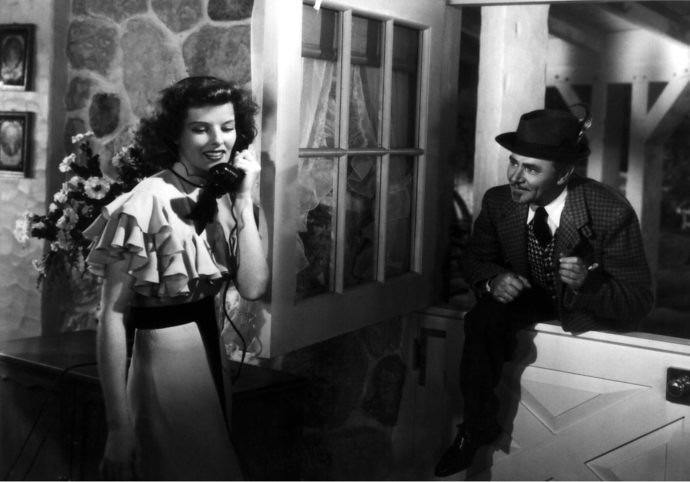 I’ve discussed Katharine Hepburn’s style on the MCM blog before, so I won’t go in too much details about it today, but let’s just say it inspired the choice of the film and also the evening’s theme “Breaking Style Boundaries”. Bringing up Baby, despite featuring Hepburn in quite a few dresses, showcases her very particular style very well, and even when she wears dresses, her attitude transcends the clothes. Even when she wears dresses, she figuratively wears the trousers. Her tom-boyish demeanour and the way she carries herself are pushing the boundaries of 30s style. Some of her outfits are also extremely fashion forward, especially the gold lame dress she wears in the very first party scene. 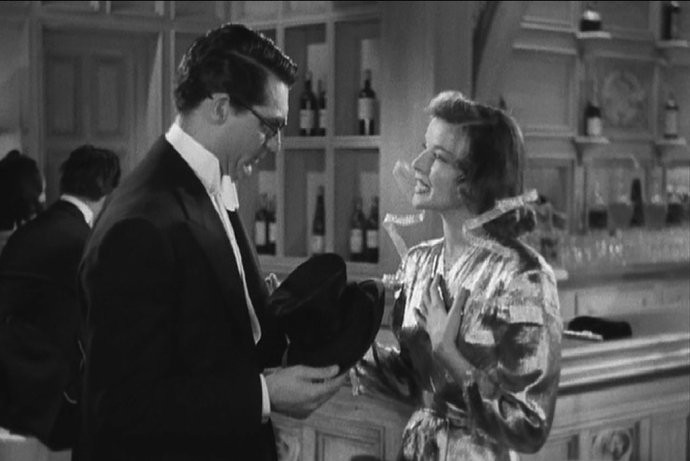 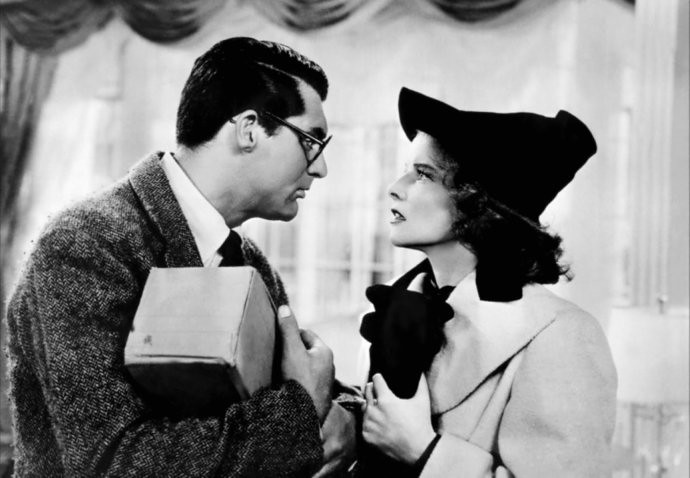 As for Grant, the mere fact a handsome man like him would play a nerdy zoologist is breaking style boundaries… But the film goes a little further and he spends a whole scene wearing one of Hepburn’s negliges complete with marabou feather trim. This truly is screwball at its best! 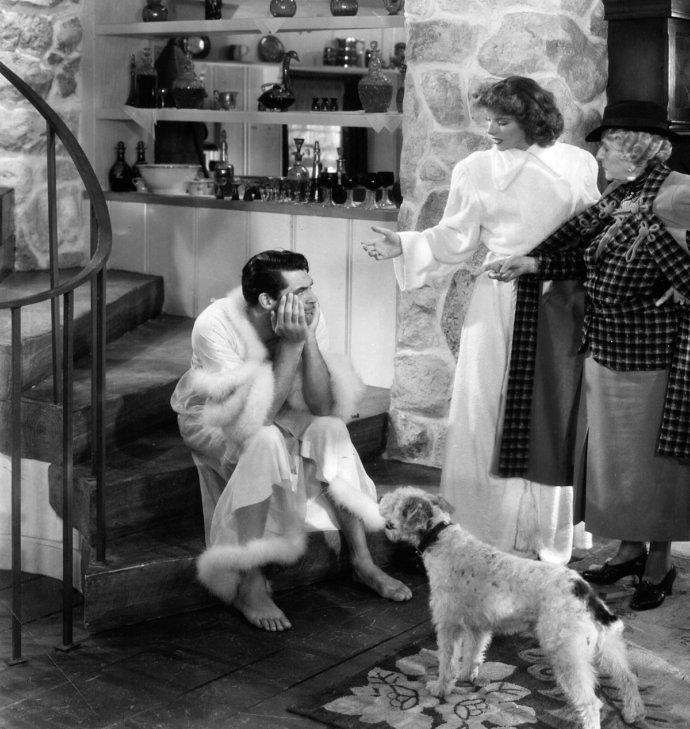 Now… I would like to give some of you (London based) the chance to come with me as my guests to the next film club (held in May). To enter, all you need to do is let me know what your favourite films are and why. I will pick my three favourite answers and we can all have a lovely evening together watching a film, eating popcorn and candy… and you also get a special MCM discount on the night.