I know I talk a lot about this particular trend at the moment because I am in two minds about it. I don’t really want to adopt it, but at the same time, it really appeals to my fashion subconscious. It pushes all the right inspiration buttons.
While I was watching the latest episode of Glee

(which is a brilliant hommage to Madonna

) I started thinking again about old Madonna videos and the way she mixed and matched corsetry with men’s suits. Of course she did underwear as outerwear better than anyone else. Of course, she rocked the masculine/feminine look before everyone else, and OF COURSE, she can wear a bullet bra and make it look as natural as a pair of jeans. 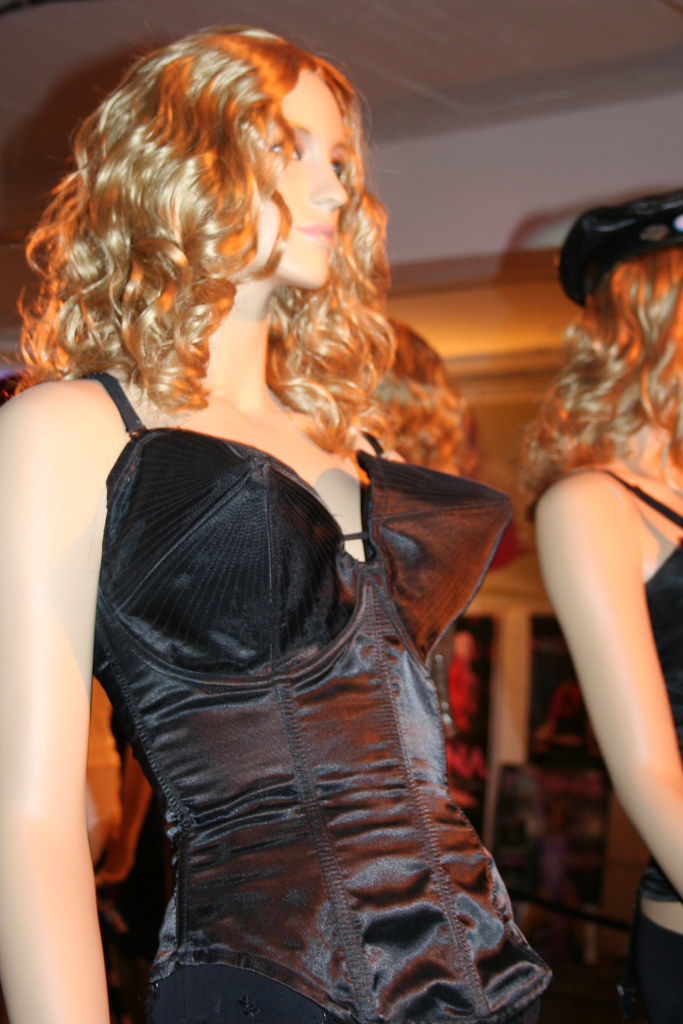 during the Blonde Ambition tour

, where she wears a suit with cleverly placed cut-outs over an old fashioned corset with suspenders attached. 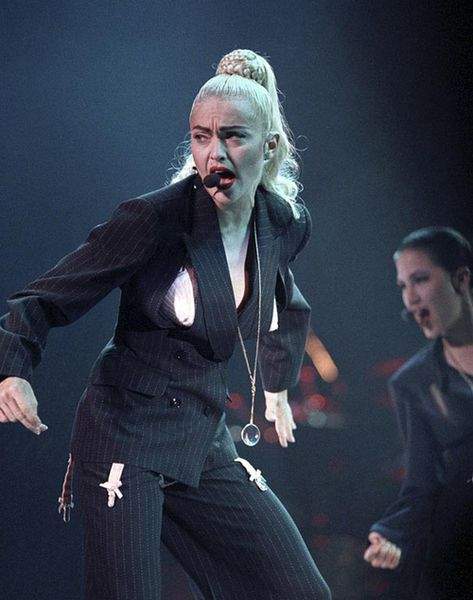 Source – mtv.com
The interpretation in Glee is very clever and something I could see myself wearing, despite my initial inhibitions when it comes to this trend. 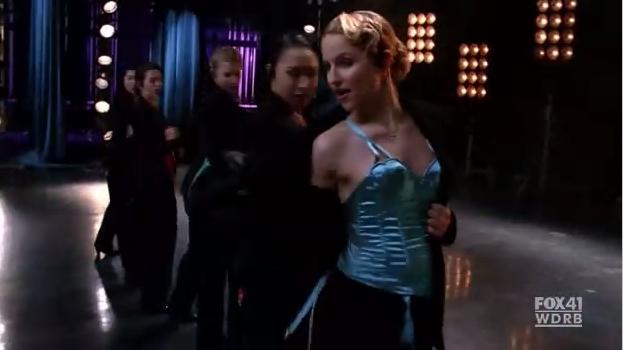 Screen cap
Crotch grabbing aside, I also really like the styling below, again with the big man pants paired with a cool corset. 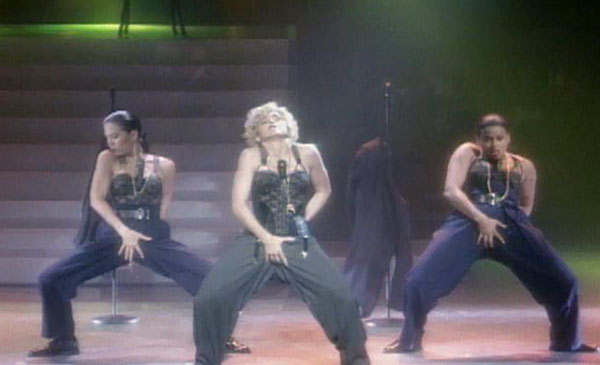 Source – mtv.com
Another Madonna video that gets my vote when it comes to underwear as outerwear is Vogue

(of course!) – the lace bodysuit with masculine tailoring is a look that’s super easy to emulate and fairly safe as well. 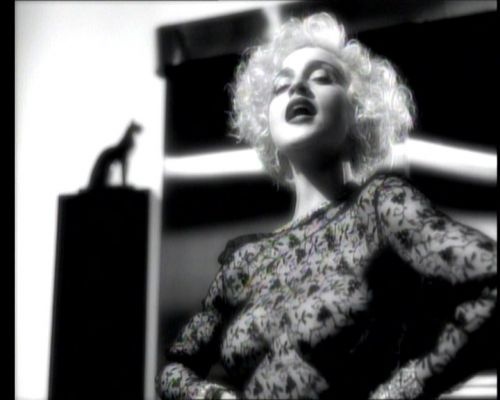 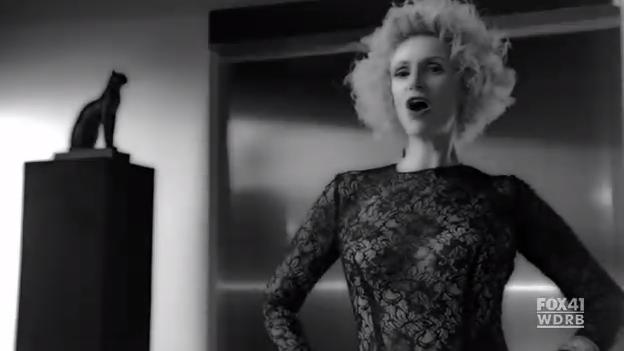 Screen cap
The best thing is that it is super easy to recreate this look using bits you already own… and give a new life to a boring work suit!

This post was brought to you by the Madonna appreciation society.