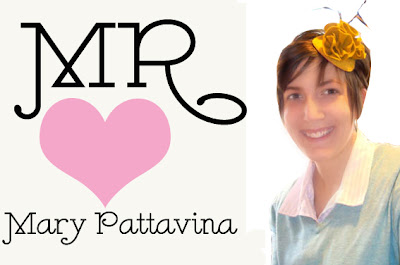 Since I have started this blog, I have been lucky enough to interview lots of designers & artists I already loved. But the best thing is when I get to discover someone by chance because I fell in love with their designs (pretty much my dream hat, hello deer on a pillow) & that someone also happens to be have a pretty kick ass take on things. Meet Mary Pattavina, the lady behind Pretty Good Things. We spoke about good old Ronnie Mars, miniature animals and hat design.

❤ If you could be a Veronica Mars character which one would you choose and why?

Hands down, no questions: I want to be Ms. Mars herself. As for why, let’s get the superficial reason out of the way first: Number one: she owns a style of phone that I covet. And then there are the more interesting character traits that I really like: a) she is crafty (as in clever), smart, with it lady, b) she always has the right comebacks, and perhaps most importantly, c) she is a super sleuth! I’ve always had a thing for mysteries and mystery-solvers. As a kid I had a book titled “The Young Detective’s Handbook” and it detailed how to make your own detective’s kit (which I dutifully made). I think my love of the show as an adult is generally a more socially acceptable form of behavior versus me getting that kit and solving mysteries across my fair city. Hopefully this analysis doesn’t convey to your readers that I have a creepy, delusional psychological disorder just because I want to be like Veronica Mars. I swear I don’t have one, really.

❤ Do you sometimes have conversations with your cat Simon?

Do I ever! Some of the most frequent (and most boring) are the conversations that involve this type of exchange:
me: “Simey, are you a baby?”
Simon: stares up at me and squeaks
me: “yes, you are a baby”
Simon: rubs against my legs.
His vocal communication, while limited to cat, often consists of cute squeaky meows. And I like to think I’ve got those understood. The little dude has me trained to get his food on command, lift him to the sink to drink from the faucet, chase him when he wants to play tag and he is quite vocal about getting a sufficient amount of snuggles for the day.

❤ Where do you draw inspiration from? 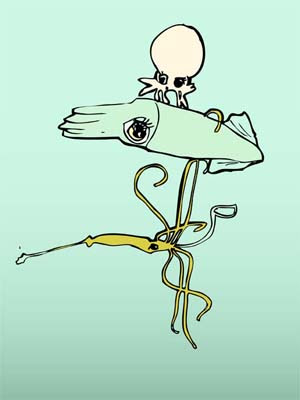 Sometimes it’s the fabric that tells me what it wants to be (I know, that sounds so cliched – but its true!). But there are other times where I start with a clear concept and work out from there. For example, for my upcoming thesis show I developed a set of illustrations that describe a female character’s travels. I then designed eight corresponding sculptural hats for each illustration and finally a line of Pretty Good Things headwear that are derivations of the sculptural hats (phew! kind of a long way to travel to get to a line!). The hats and illustrations explore fantasy and escapism and have me thinking about line development in new, more engaging ways. These derivative hats alongside digital prints of the original illustrations will be sold on prettygoodthings.com starting April 20. I am waaaay excited to open the show. If people can’t make it to see the show in person, I’ll be posting gallery shots on my portfolio website, marypattavina.com as well as on prettygoodthings.com.

I like the delusion blogging provides me – – thinking that people are really that interested in what I have to say. But really, I like keeping a blog so that customers, friends and family can read about sales, specials and other bits of my life and things I find in the world that they may (or may not) be interested in. It provides a face and a story with the person creating their hats. On that note, I should say that I am very bad at updating (I blame it on school) but it is my goal to pay more attention to my blog so that it becomes a reliable source of hat related information with, of course, a few Mary P. related bits also. I love reading blogs for that type of reason as well – – the blogs that bring me information, but let me have a glimpse of the individual behind the curtain are pretty super.

❤ Why did you decide to design headwear?

From an early age, I’ve enjoyed making things – drawing, assembling, sewing, hammering, molding, sculpting, cutting, fixing, etc. I thrive on crafting something with my hands. I believe it is “the something” I am supposed to do in life. I see my choice to start designing headwear as an organic decision that really took off after I enrolled grad school. In high school I taught myself to sew, in undergrad, I became interested in sculpture and for my entire life I’ve been into drawing and painting. So, when I went back to school to get my M.A. in apparel design I began noticing (and loving) crazy hats in current fashion (Philip Treacy and Stephen Jones anyone?) and in history and realized that I was more interested in these than apparel design (though that is pretty great, too). It seems like a natural evolution because I think that headwear lets me do so many of the things I love in one sweet package; I get to draw, sculpt, assemble, sew, bend, cut, etc. Headwear is a little sculpture for your head that can change how you feel, how you act, how people see you. It is totally rad and more people should wear hats and such!

I try to stick to the orderly method of starting with a concept, visualize ideas, sketch out the ideas, make a mock up hat, or if I can’t wait – just jump straight to the materials. For example, when creating the work in my thesis show I made the illustrations and then visualized ideas for the sculptural hats. Once I had those designs hammered out, I worked out their derivation as the Pretty Good Things’ hats. Sometimes my process evolves from just playing around with the material and just visualizing designs versus drawing them. This form of play is good for making little accidents that end up leading to more ideas. 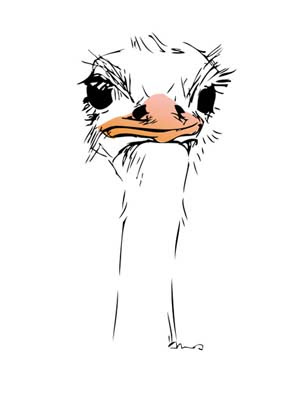 ❤ What advice would you give someone who wants to get into headwear design?

My path to headwear wasn’t the traditional milliner’s path – – so I’d suggest if you are able to, enroll in a class on how to make hats in the old school way, with someone who knows what they are doing. I know I personally learn much more quickly if I have someone showing me the way. BUT I’ll say that there is something to mucking through things on your own – it might just take you longer to get to where you want to be. If you want to do it my way, I’d also suggest buying a great book called “From the Neck Up: An Illustrated Guide to Hatmaking”. It covers much of the basics – even if you aren’t interested in creating a traditional blocked hat. I am sure you can take something away from all that information and adapt it to your crazy design ideas! I’d also suggest using unconventional items – – who says hats have to be one set way or another? Wear your new stuff out and about to get people talking. 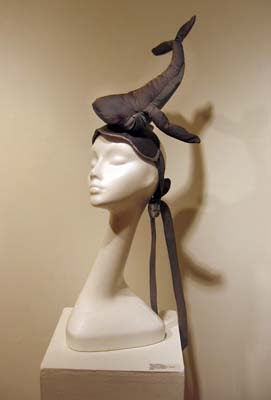 Make things that are unusual, pretty, innovative – things that make you happy. Make, make, make and spread the word that hats aren’t scary to wear – in fact, they are totally fun! If you aren’t in a location where hats are very popular (like me – – in the middle of the US) you’re probably going to need to do some searching online for supplies and the like. I’ve used judithm.com and been very satisfied and checked out hatsupply.com (though never ordered anything from them yet). I guess if any of your readers have specific questions – I’d be really happy to answer them – they can just, comment, email or convo me through Etsy!

Hum, for some reason this is the hardest question so far! What is wrong with me? Of course, there’s my current dreamboat, my bf, Nick (awww). But I know there are plenty of other good looking guys out there….but the only guys that I can say (with any certainty) were on my dreamboat radar are the ones whose pictures I used line my locker with in middle school. So keep in mind this in the early 90s and I do not pine over them to date:

And these two dudes who I loved (and I mean LOVED) as a preschooler: Christopher Reeve – as Super Man, and Huey Lewis (seriously, I thought I would marry Huey Lewis).

I love any animal that is miniaturized (this includes all baby animals). And of course, cats. OH! and these crazy looking seahorses called Leafy Sea Dragons. 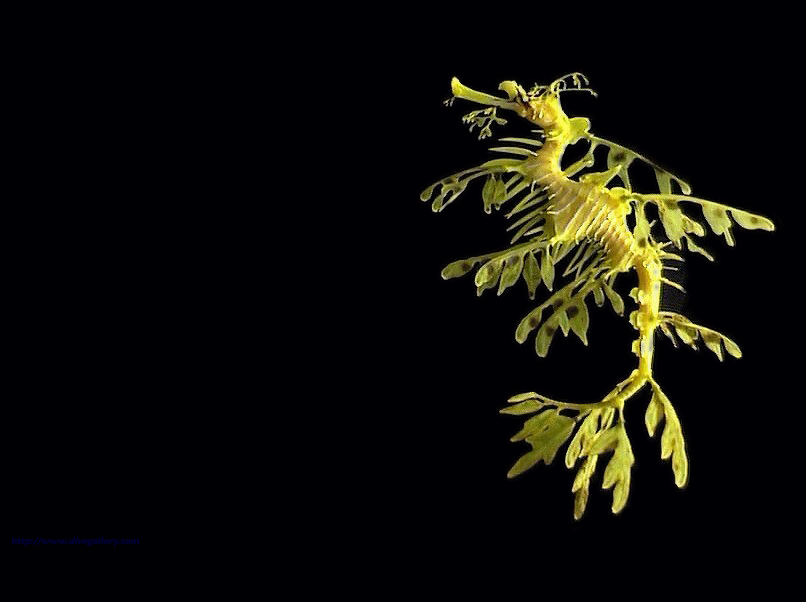 And I have to say that if a Pegasus/unicorns was real, I’d say that would take the cake. Wait – how about a miniature Pegasus/unicorn? OMG! That might be the best thing ever.

❤ How do you manage to do everything at the same time (running a business, studying, writing your blog, making stuff)?

It is pretty hard going to school full time and doing Pretty Good Things. I would really classify myself as a part time business owner or even quarter time. However, I’ve read a couple books in the past year that help put things into perspective whenever I’ve had those major freak-outs that have me starting a lot of sentences with ‘can’t’ or ‘I hate’ and crying over things that (in the grand scheme of things) don’t mean very much. When I want to be methodical and rational I re-read “The Now Habit: A Strategic Program for Overcoming Procrastination and Enjoying Guilt-Free Play” by Neil Fiore. When I want to feel in line with the universe I re-read “Crappy to Happy: Small Steps to Big Happiness Now!” by Randy Peyser. Oh, and I am also just learning the art of saying no. Saying no to opportunities and to people are two difficult things for me to do. But I think practicing how to do this is really important because a) there will always be another opportunity (albeit – maybe not the one envisioned) and b) sometimes putting yourself before another person’s requests doesn’t end up in mayhem – in fact, often I notice that I feel less chaotic when I am not spread so thinly. Crazy, I know. So with that said – I am looking forward to May, after I’ve graduated. I have a strong feeling that I’ll have more time to really put in my all to Pretty Good Things.