Say, do you sometimes wear shoes?

So let’s talk about shoes. If you’ve ever met me you might have noticed that I looked at your shoes before I looked at your face, nothing personal you understand it’s just that your shoes tell me everything I need to know about you…I’m obsessed with shoes and so it was with a heavy heart that I read the email from Buck, (my Mr. Big) that told me there were no good shoes in San Francisco.

Of course I foolishly refused to believe such a thing was possible. But guess what? Buck never lies. I’ve looked everywhere.

Let’s start with converse. They appear to come only in black in this city. A classic style and colour but what is exciting about converse is the range of colours they come in…isn’t it? There’s a John Varvatos store here, so I went to check out his limited edition converse and Jack Purcell and (apart from the black ones) he only offered bland beige and pastel coloured cons. No good. It’s the same for Vans and Nike…from the flagships stores to independent retailers I have the same problem everywhere. 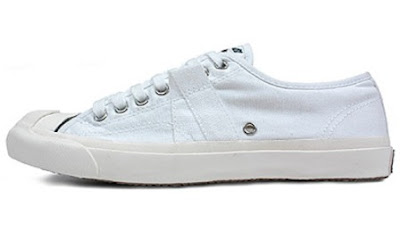 So lets go upscale. Barneys…well the Dior trainers, over $500 are guess what…..black. Pierre Hardy? Well unlike Dover Street Market in London which sells a blinding array of multicoloured Pierre Hardy shoes here the only pair they stock are white. All white. 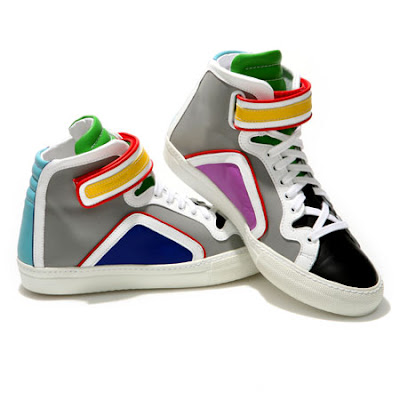 Now normally I would always opt for the white version of any shoe. Patrick Cox once said that wearing white shoes was one of the most daring things a man can do. That man must be an American. Imagine the face of the woman whom I asked for some pink lace up vans in a size 12 from L

What about other kinds of shoes Monsieur Robot?

Well gentle readers America doesn’t have a Topman an Office or a Swear to rely on but one thing the city does love is boots. Big leather boots. Well that’s promising isn’t it? I look GREAT in boots. Sadly San Francisco is still wearing cowboy boots. That trend was swiftly ruined by a saturation of cheaply made cowboy style boots that flooded the British high streets some years ago. They look good here in the city, but not for me. This leave me with dressy high end boots that pale in comparison to my Westwood Pirate boots and Biker boots which are all too Tom of Finland especially in these tight jeans of mine.

So I’ll make do with the few pairs I’ve bought my favourite of which are a label I swore I’d never wear when I was about 13 years old. Still, much time has passed plus I’m on holiday so no one need know…it’s just between us. 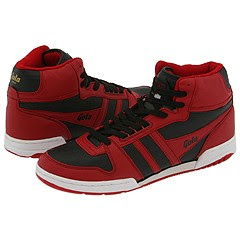