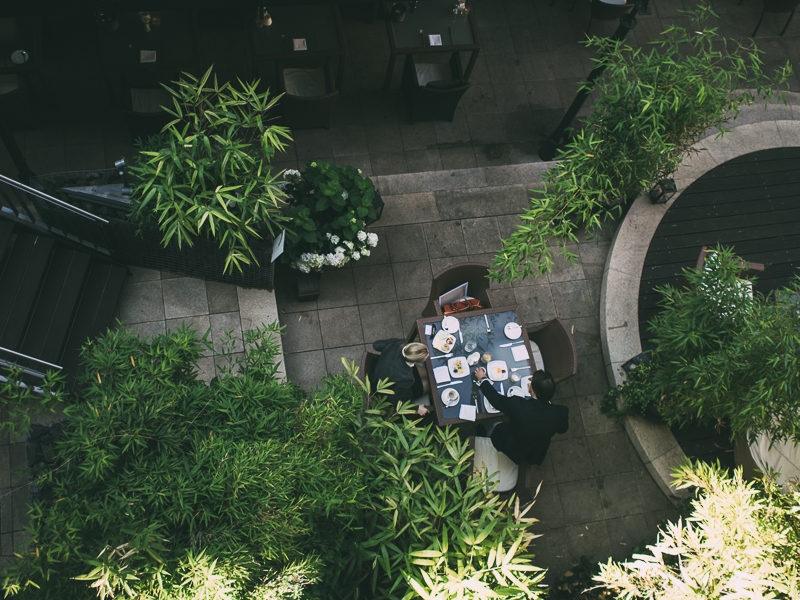 During my – too short – trip to Hamburg in July (see my visual diary, part one and two), I stayed at the East Hotel, in the St Pauli district, which is the Shoreditch / Silver Lake / Williamsburg of Hamburg. Think small art galleries, independent shops, local cafés a gogo and many hot men with beards. I like having easy access to non-touristy things and having the illusion that I sort of am a local, even when staying somewhere for less than 24 hours.
The hotel itself isn’t a hipster hideout like the Ace or Line Hotel, it is more of a business hotel done good. Lots of people hanging out in the sunny patio area for meetings and such, but somehow it doesn’t feel like you are surrounded by businessmen. The atmosphere is super laid-back and the staff is very friendly. I tried to make the most of said patio area in between lunch and the Olympus talk and so I sat in one of the large outdoors day beds and sipped on a café frappé (complete with ice cream, a major winner).
The rooms are very sleek looking, with a touch of 70s aesthetic that quite pleased me. They aren’t overly large, but the layout is very well thought out so it all works wonderfully. The bed in the middle of the room might seem like a bit of a kooky afterthought, but it absolutely works. The rather organic looking iron sink might seem impractical at first, but it actually works fine. Basically what I am saying here is that this hotel took all my design prejudices, rolled them into a ball and threw them right in my face. Now I am thinking when I inevitably go back to Hamburg (the city made quite an impression on me, so I want to explore it further), I will be staying at the East Hotel again. 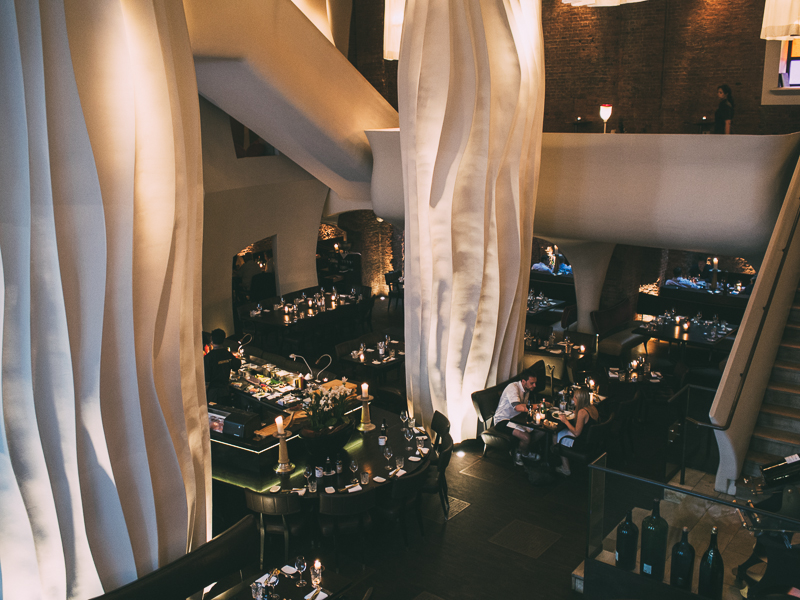 The restaurant with its rather sculptural pillars 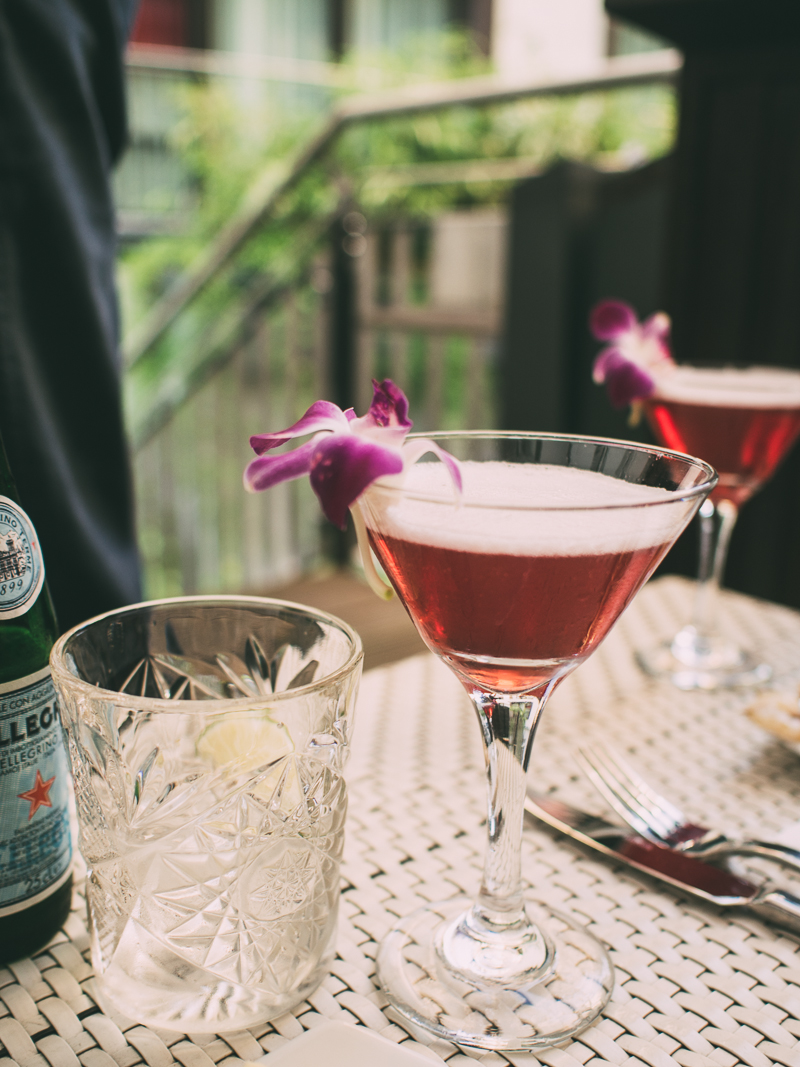 Cocktails on the private terrace 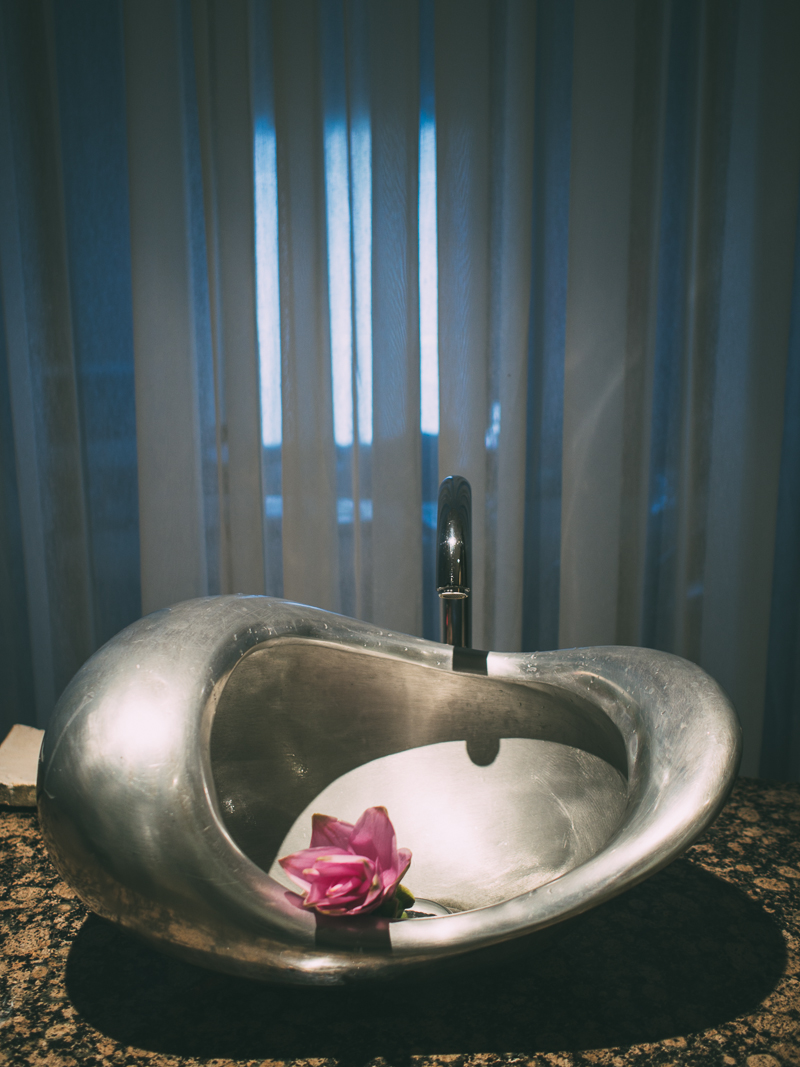 I told you the sink was funny. 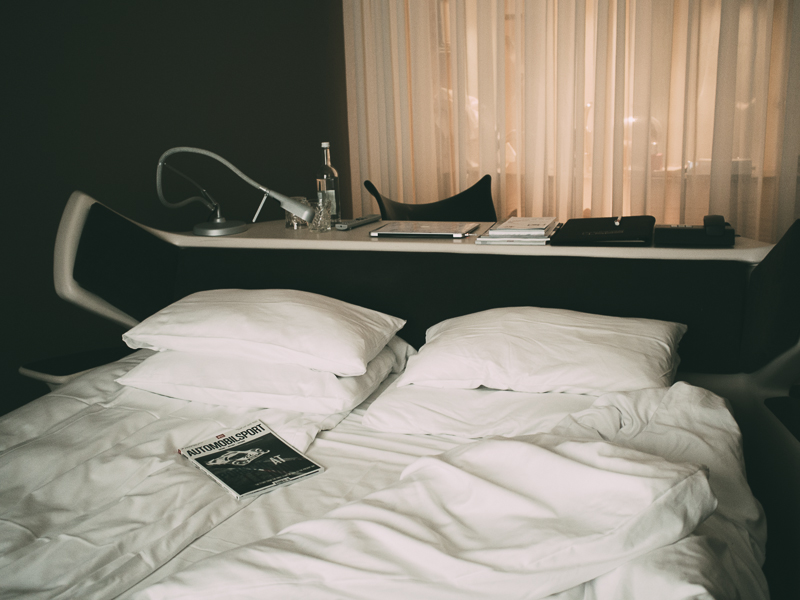 Bed or spaceship? Whatever it is, I slept wonderfully in there. Bonus: a car mag to read at bedtime. 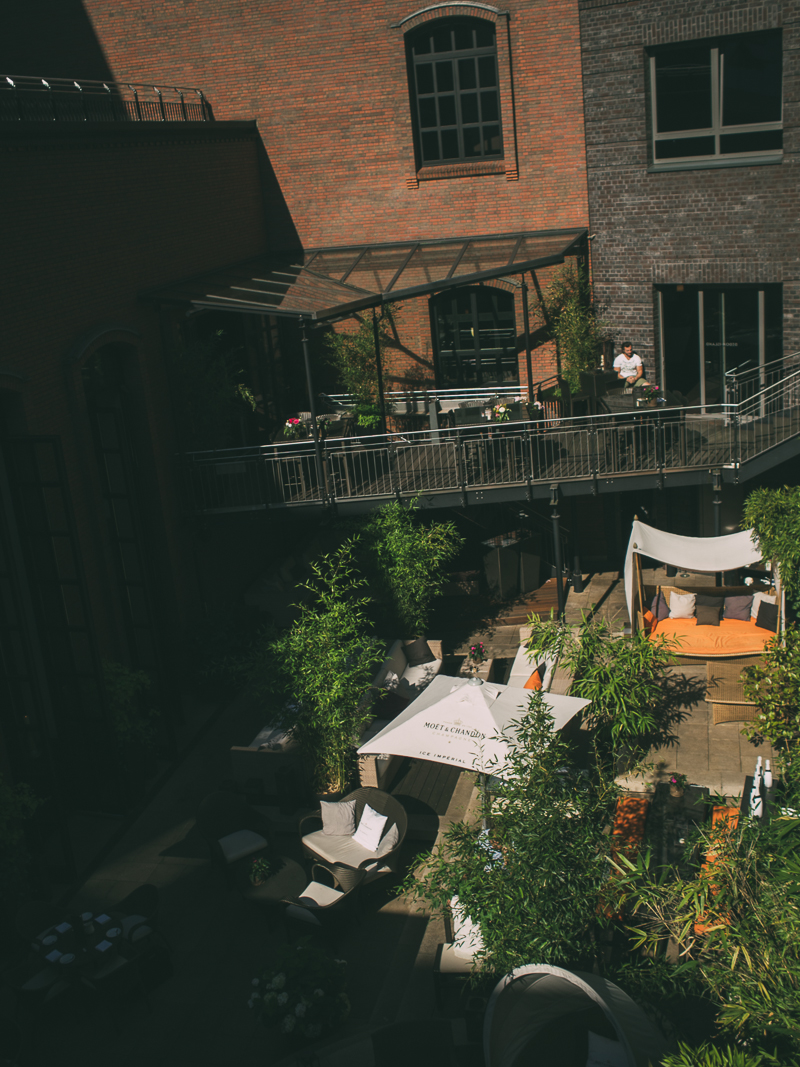 The patio of dreams 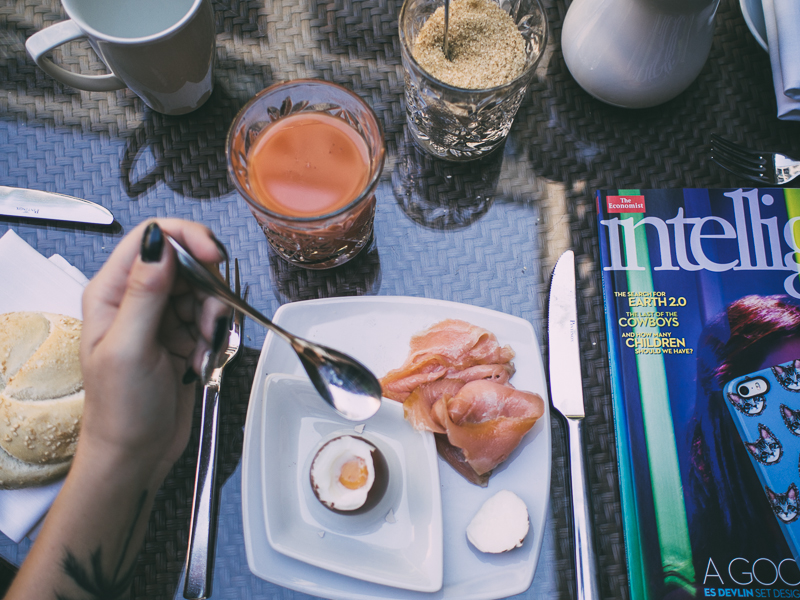 Breakfast in the patio of dreams 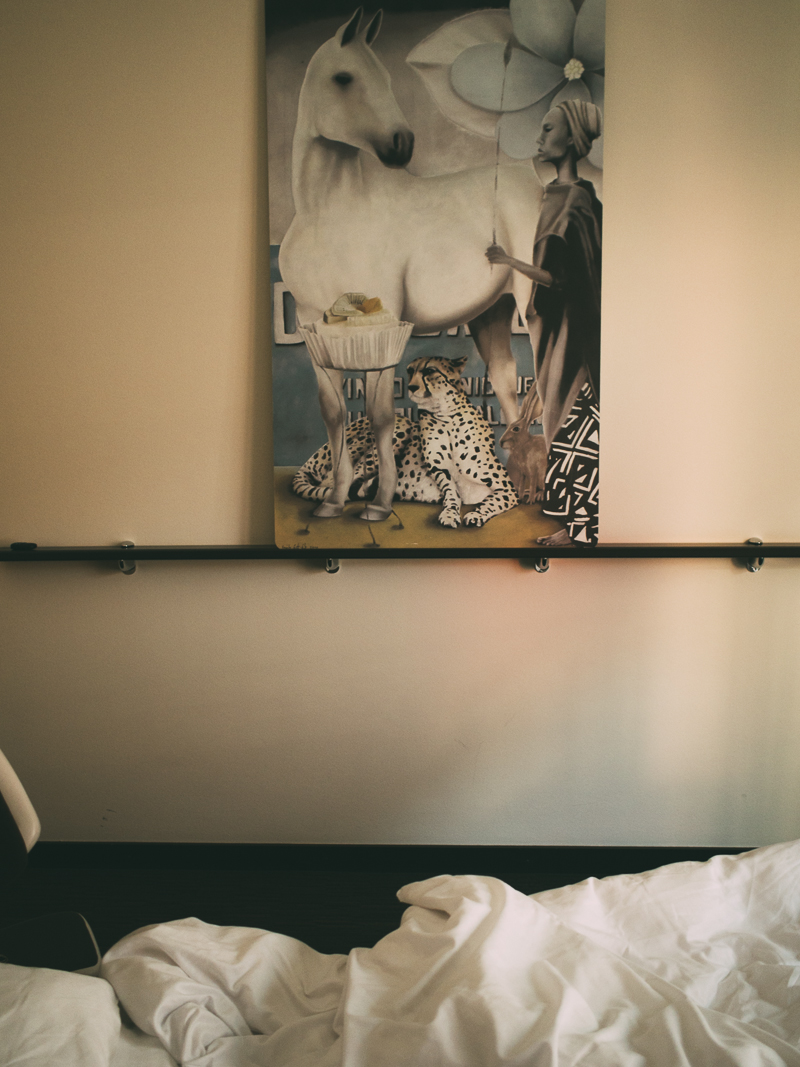 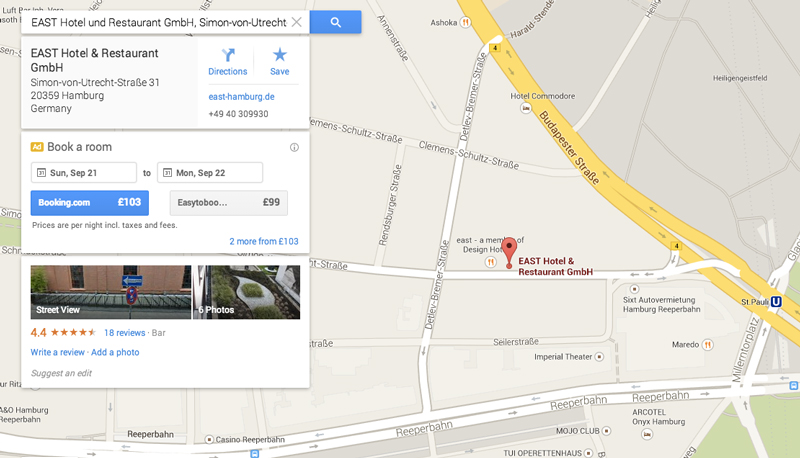