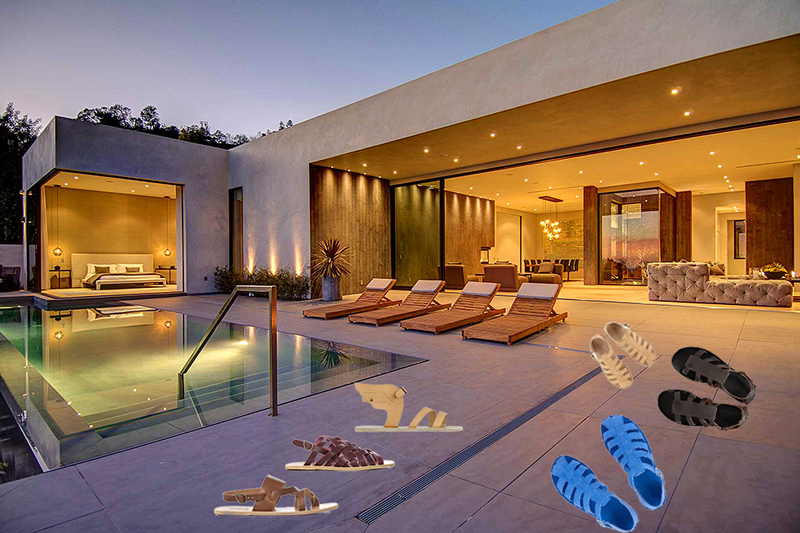 Something has been making me pretty hot and bothered this summer and it’s not the weather, it’s mandals. It’s a ‘hilarious‘ portemanteau of two words – man and sandals. Used to describe sandals FOR MEN! Isn’t that a hoot? Stupid men wearing sandals, eh? What on earth will they think of next? Hold on, wait a second. Doesn’t that sound a tad sexist? Why can’t men wear sandals? It’s the oldest form of footwear dating back over 10,000 years, surely that makes it a unisex item. Maybe it’s because men’s feet are disgusting? They’re totally gross! Hold on – doesn’t that sound like a sweeping generalisation, again based on gender? Plenty of men have disgusting feet – I can’t deny that but so do plenty of women. But sandals for women are just called sandals you see. The word mandals, or more specifically they way it is used seeks to emasculate men. There’s also a hint of homophobia at work here. A few years ago the same thing happened with ‘manbag‘ another ridiculous portemanteau of man and handbag used to describe the simple and utterly normal act of a man carrying a bag. Apparently to some people it was preposterous to think that a man would have to carry more than he could fit in his pockets so he had to use a handbag made specifically for men. What any normal person would call just A BAG. By enforcing gender stereotypes onto innocuous items of clothing like this we are undermining gender equality for everyone and it needs to stop. I’m sticking two fingers up at mandal haters by showing you some of the best sandals around – Ancient Greek Sandals they’re available for both men and women which is terribly modern don’t you think? It’s particularly apt as the Ancient Greeks seem to have been more progressive than some people are today. Using traditional techniques each pair features designs incorporating Greek symbolism and cute details inspired by the legend of the Greek Gods. In your face, misandry.
Ancient Greek Sandals are available from Matches Fashion