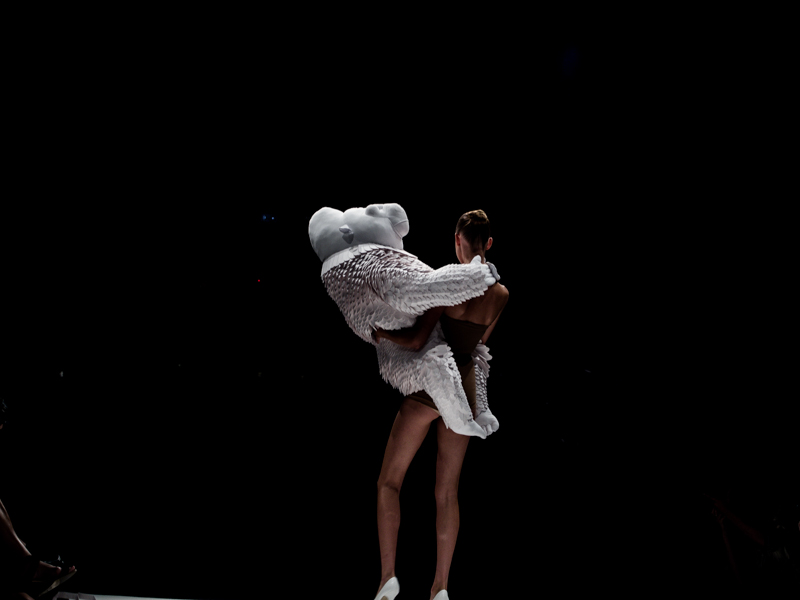 I don’t know much about Bea Szenfeld, but I know a few things:
– Bjork is a fan and wears her designs regularly
– Her hair looks fierce
– She appears to be as obsessed with the animal kingdom as I am
Based on this and after her Stockholm show yesterday, I decided a few things:
– Paper flower beards have to become a thing
– I want to be Bea’s BFF
– I need a paper teddy bear on my head at all times
In the midst of the most commercial fashion week there is, where each garment that goes on the runway  translates instantly to street style, where everything could be worn right there and then, it was refreshing to see something that wasn’t wearable at all, ever. Giant paper creations wiggling and shimmying up and down the catwalk. Models attached like conjoined twins, surrounded by a giant paper cubes heart, making their first appearance with a crab-like demeanour. And suddenly claps and laughs in the audience – for a moment there, we were all 5 year old kids and that was wonderful.
Traduction – Bea Szenfeld ouvre les portes de son univers magique. Toutes ses créations sont en papier, Bjork en est fan. 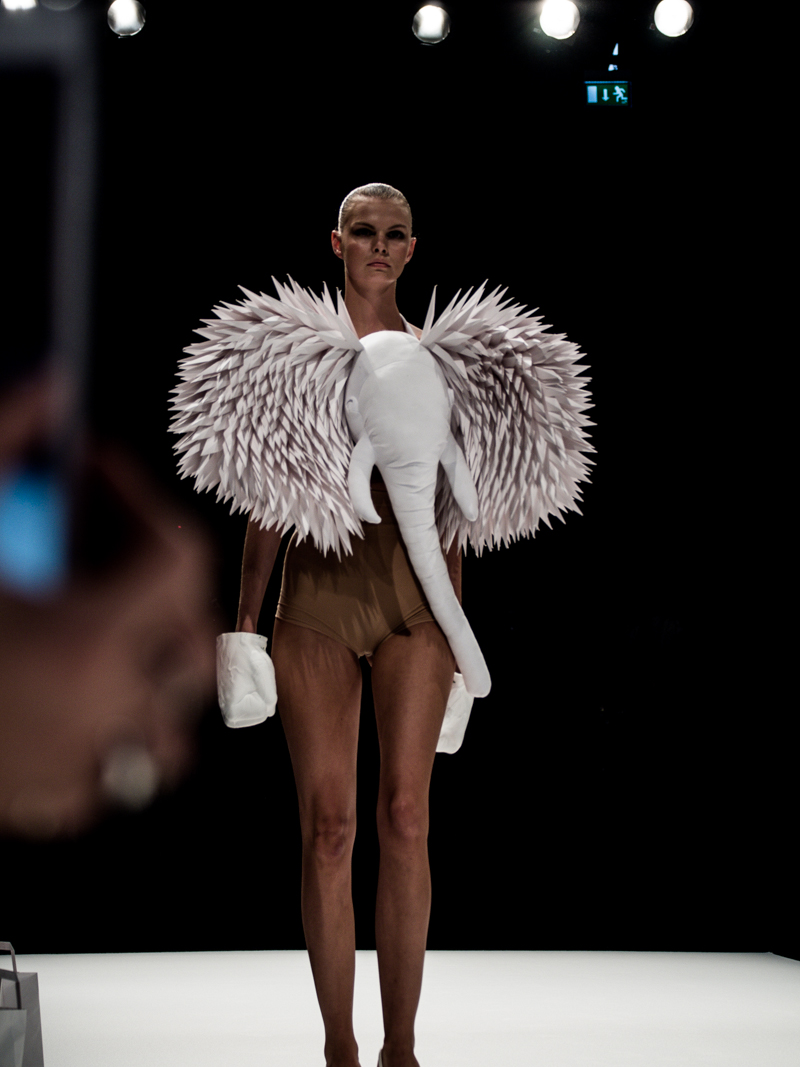 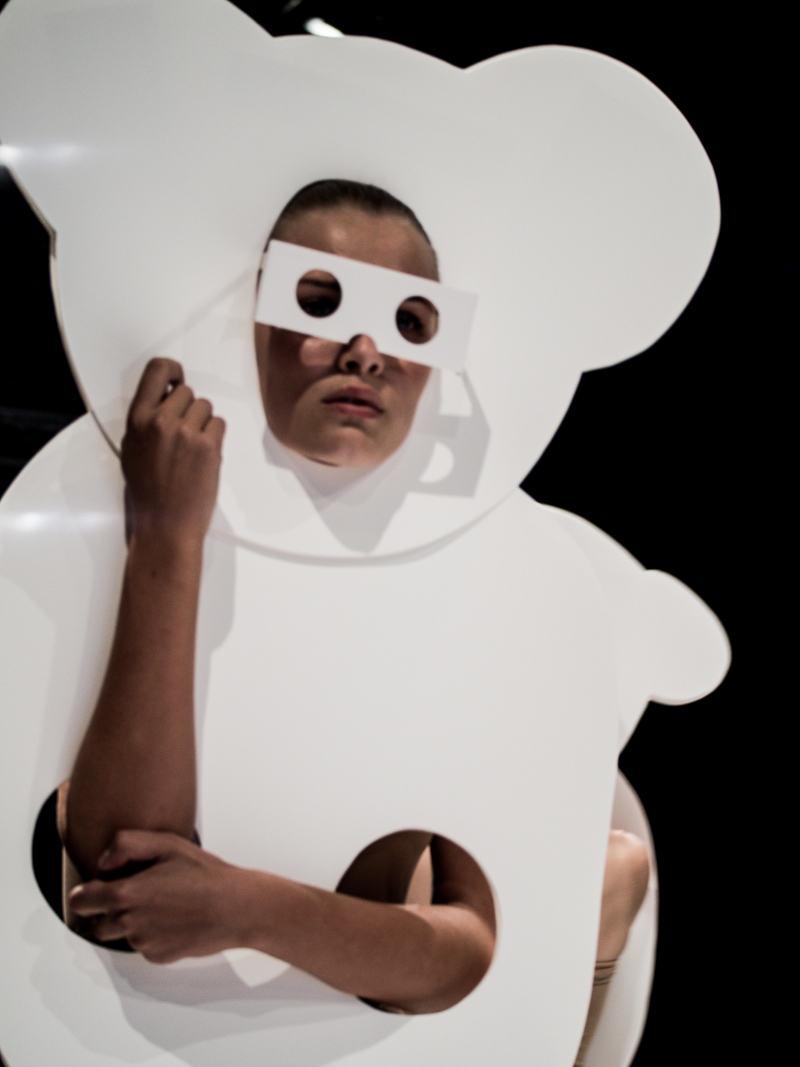 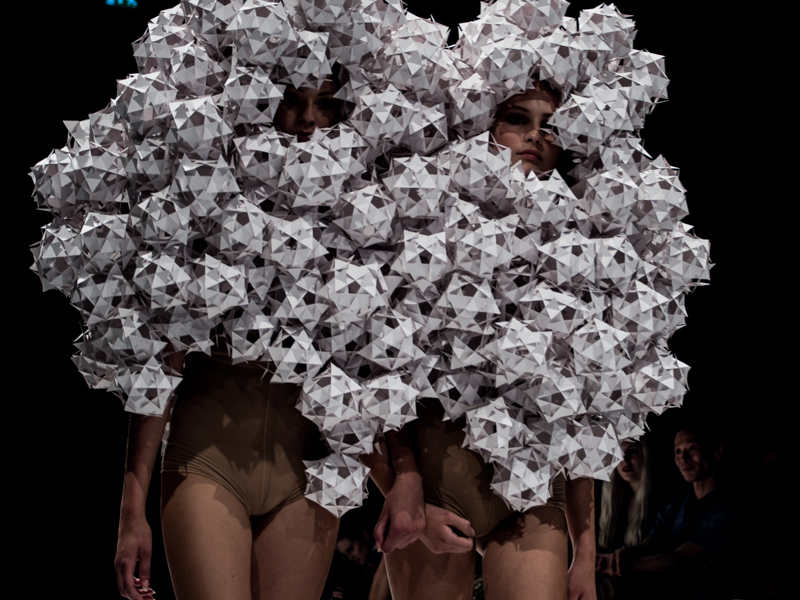 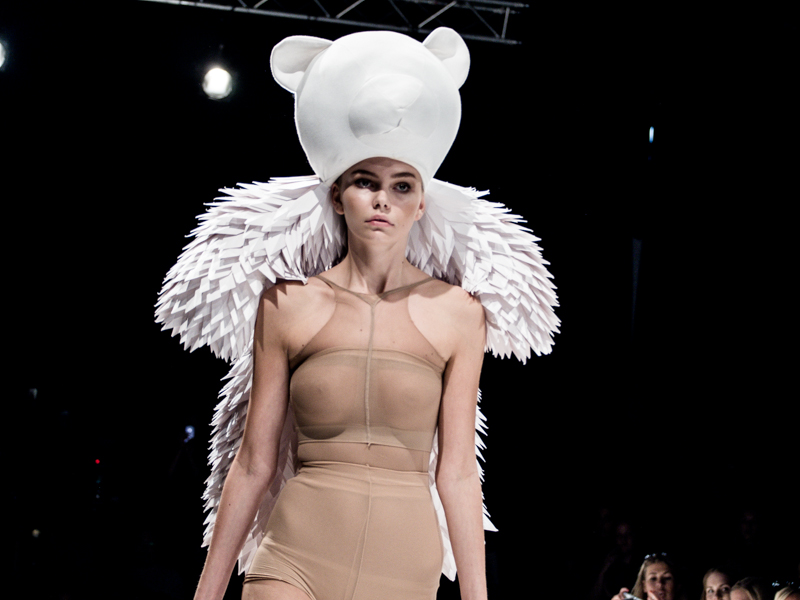 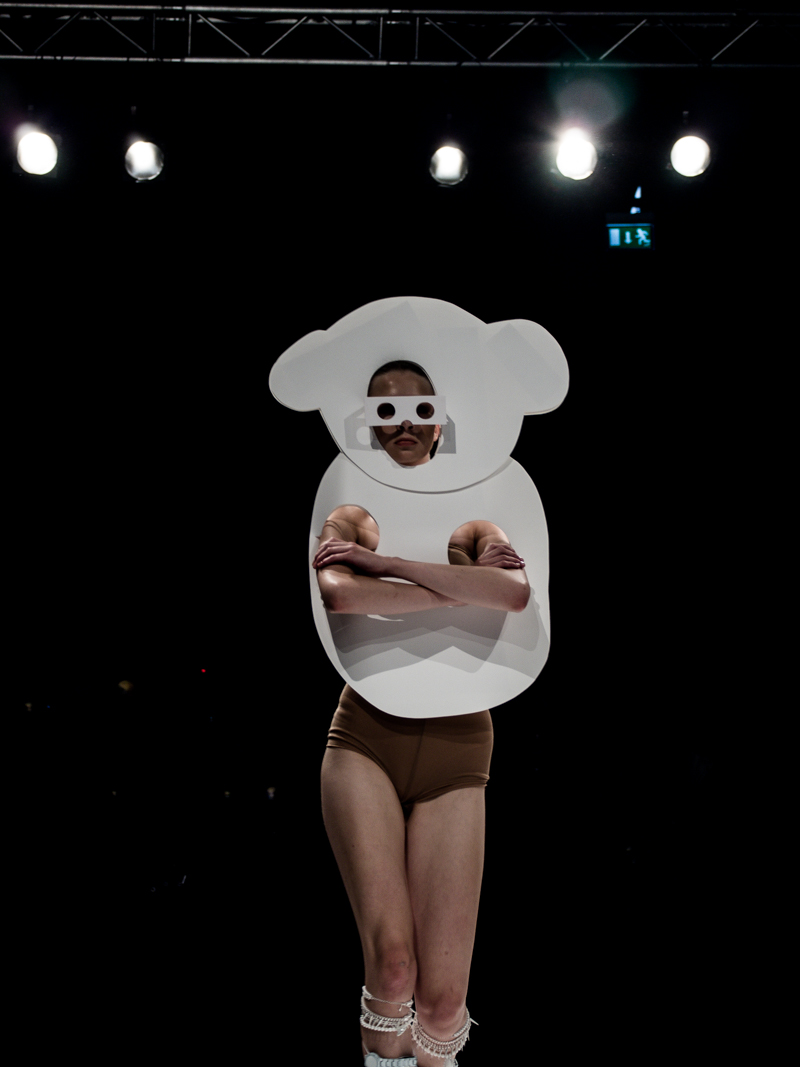 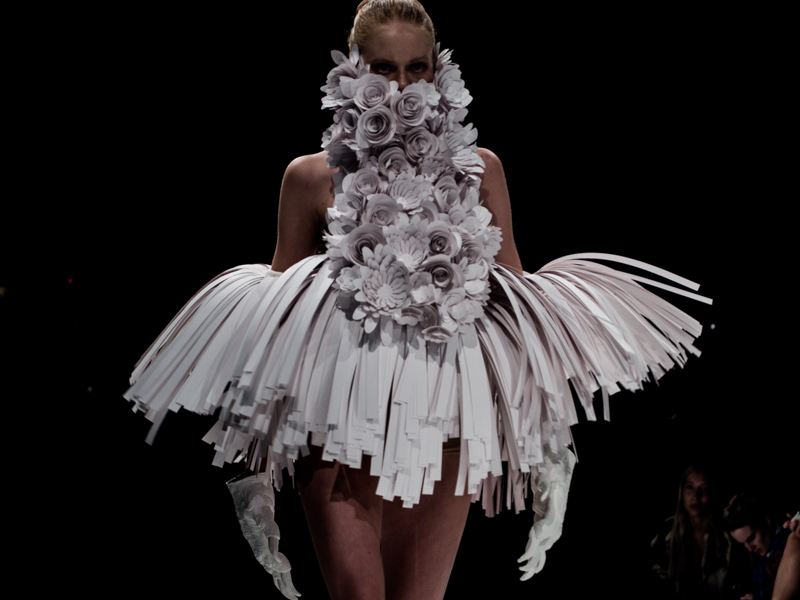 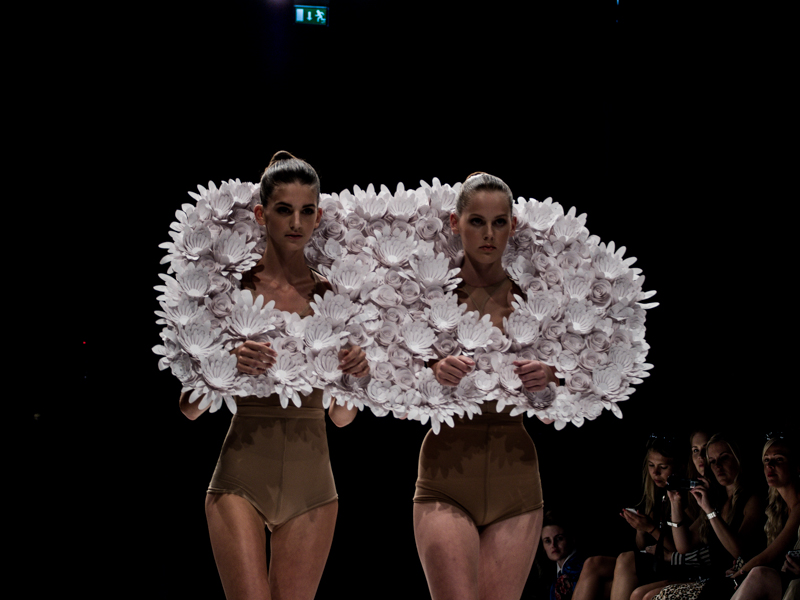 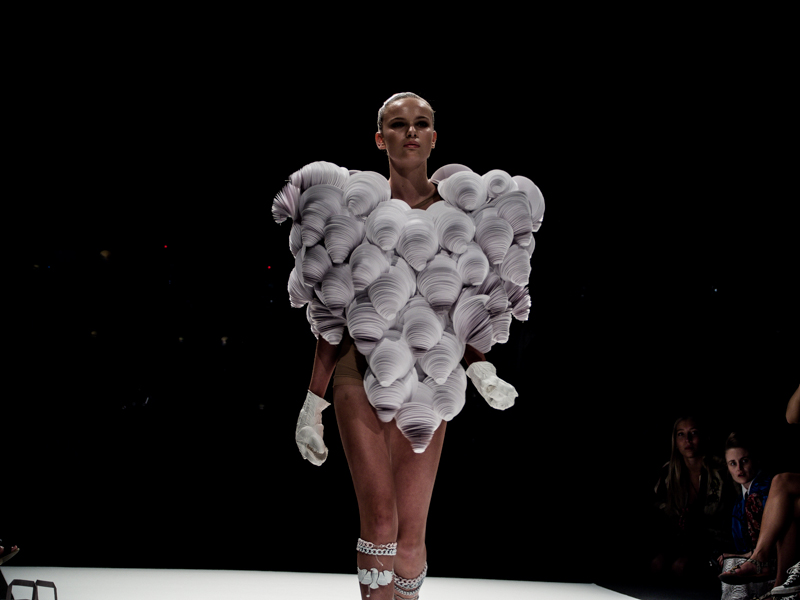 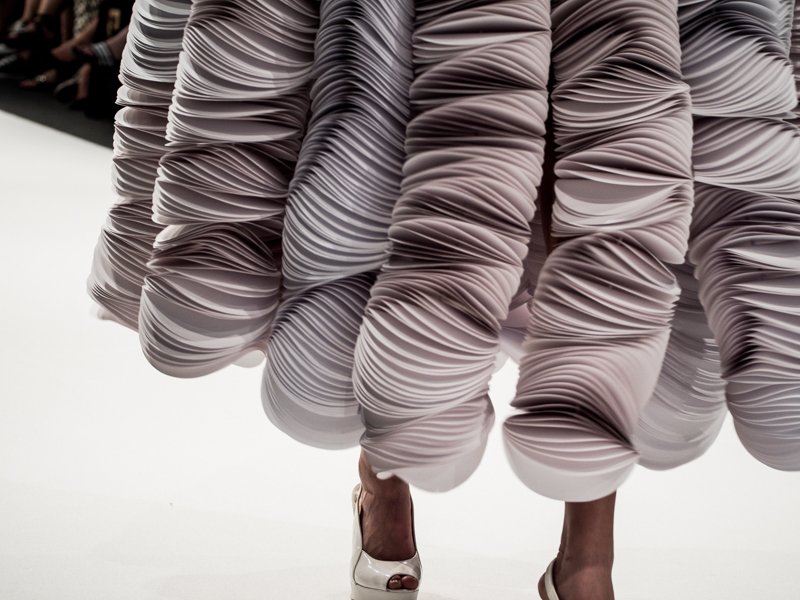 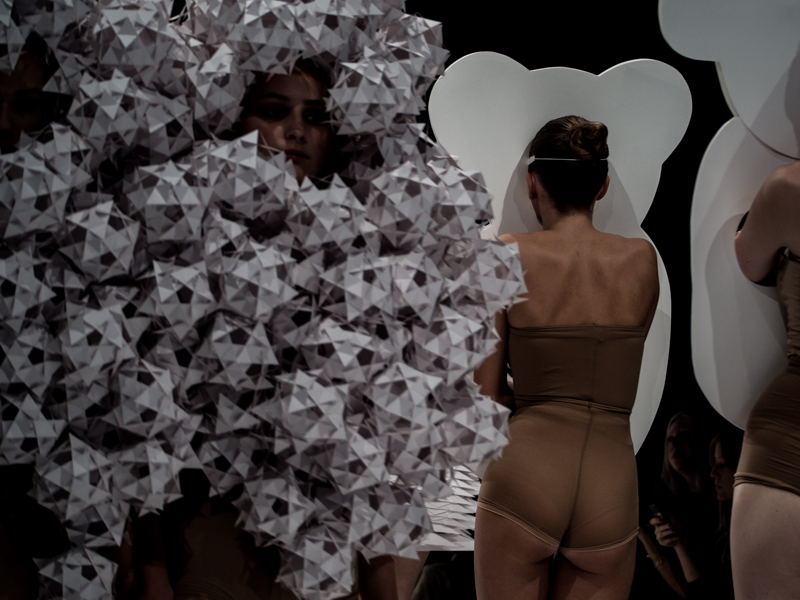 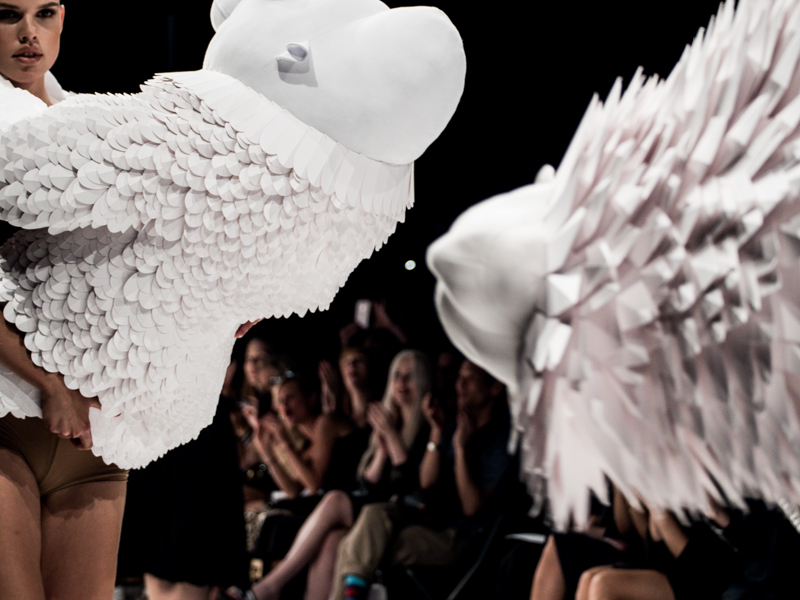 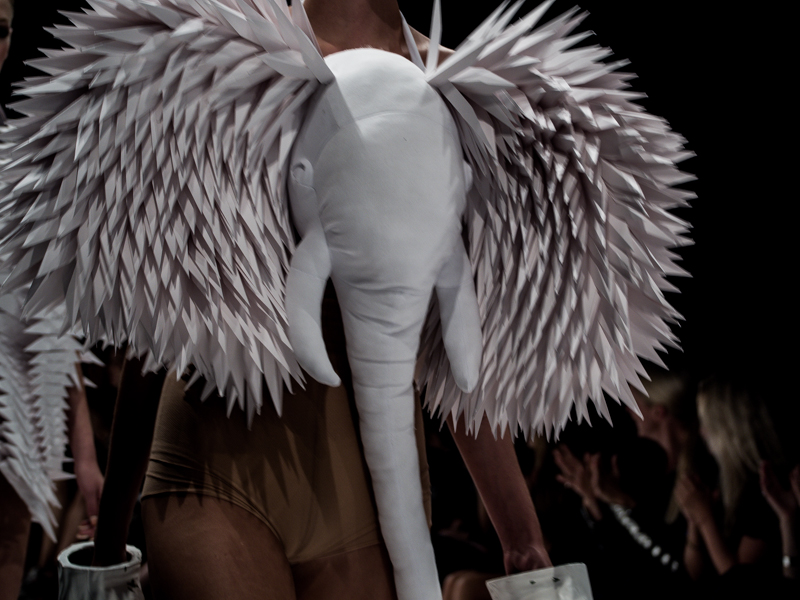 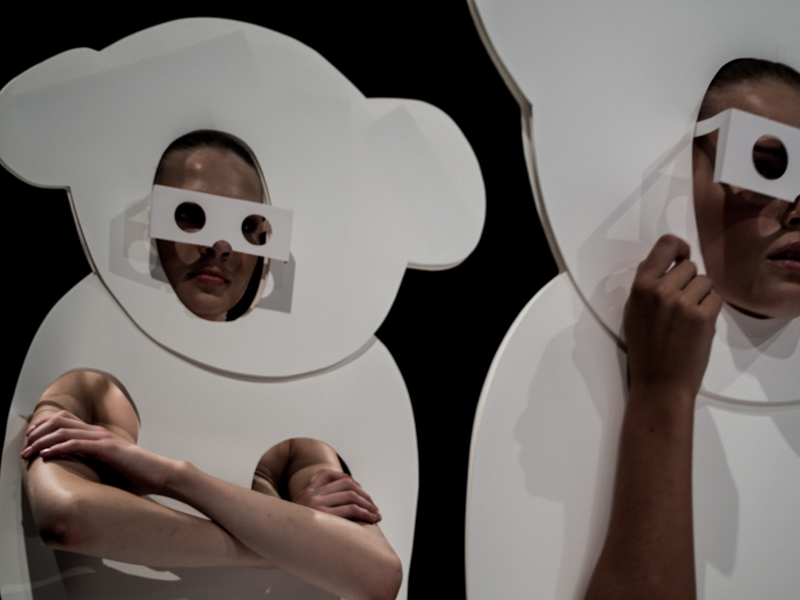