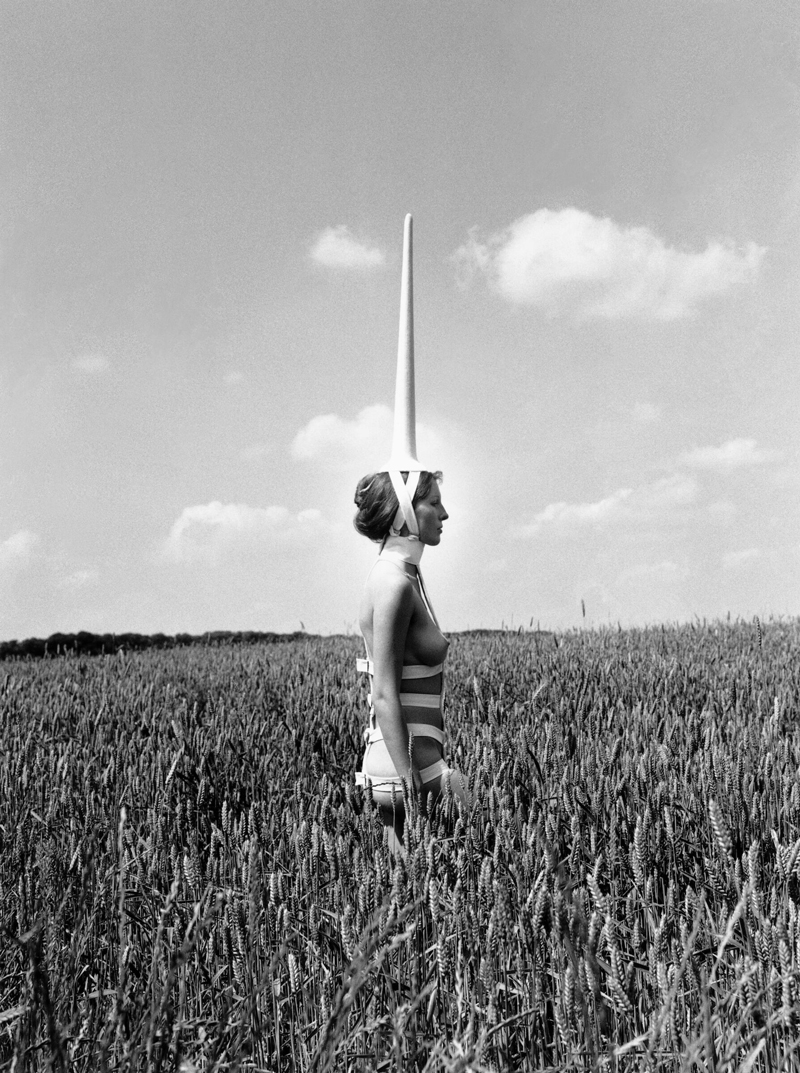 One of the most frequent criticisms I hear about fashion is “No one is ever gonna wear that”. For those people who pay no more than cursory attention to trends and designers, fashion can all too often be dismissed as frivolous or  ridiculous.  A runway show is a performance. Clothes come to life when a model puts them on, but at the same time fashion shows can’t really be categorised as performance art – although there are parallels to be drawn and we’ll get to that later. Nor can fashion be seen as ‘high art’ – with the possible exception of couture – because fashion is so intrinsically linked to commerce. Designers must maintain an element of wearability and saleability in order to succeed, restrictions that don’t dog successful artists. Part of this commercial side of fashion involves the press – ranging from bloggers to high profile fashion magazines and mainstream newspapers. So in a pool of 20 or 30 designers showing at the same fashion week – a stand out runway piece might grab enough attention to get that designer some extra coverage, maybe even get that look on the front page of a newspaper,  many of whom will probably only publish one ‘fashion week’ image. Even if the accompanying text is derisive (non-fashion press rarely having anything nice to say) – all attention is good attention right? 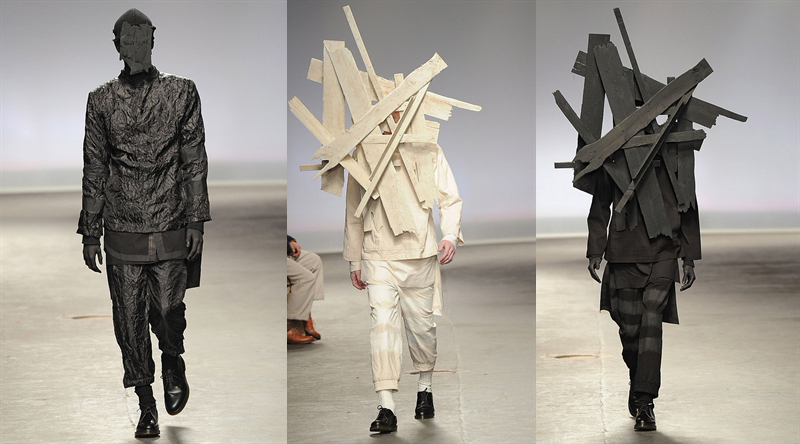 So for anyone who may have scoffed at Craig Green’s admittedly bizarre headpieces – I’m afraid you may have missed the point. You probably won’t see these pieces for sale in the shops, so to say “No one is ever gonna wear that” speaks only of your ignorance about the mechanics of the fashion business. In many cases designers will offer pieces like this on a ‘made to order’ basis but for the purpose of a runway show they’re more akin to the props used in performance art. The Tate Modern houses an extensive collection of German performance artist Rebecca Horn’s props from many of the performances she staged in the 1970s. These are not really artworks in themselves but rather relics of a performance that we will never get to see, one that will never be repeated again, much like a runway show. Pieces such as Unicorn (1972), Pencil Mask (1972) and Feathered Prison Fan (1978) have been more influential on modern fashion than Horn could ever have imagined. In the end Craig Green was triumphant – his outlandish looks appeared on the front pages of the next days national newspapers – no doubt causing many sartorially challenged commuters to chuckle about the absurdity of fashion while travelling to their mundane jobs in their cheap shiny suits. 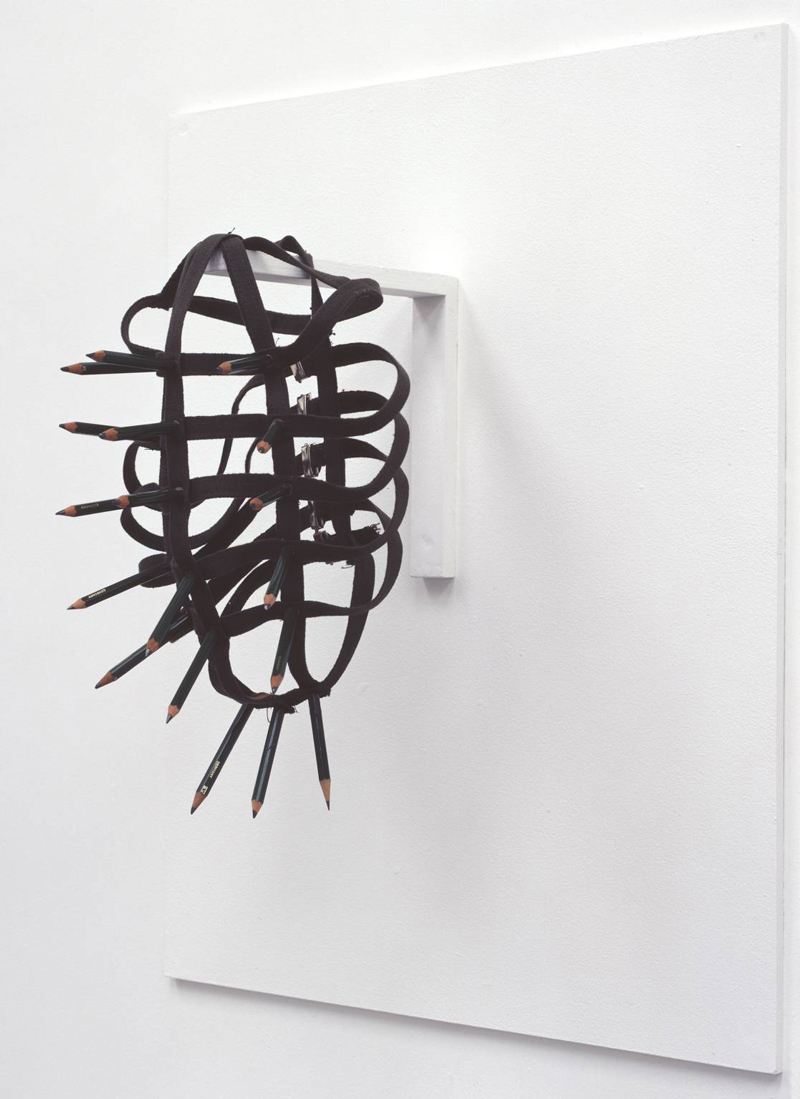 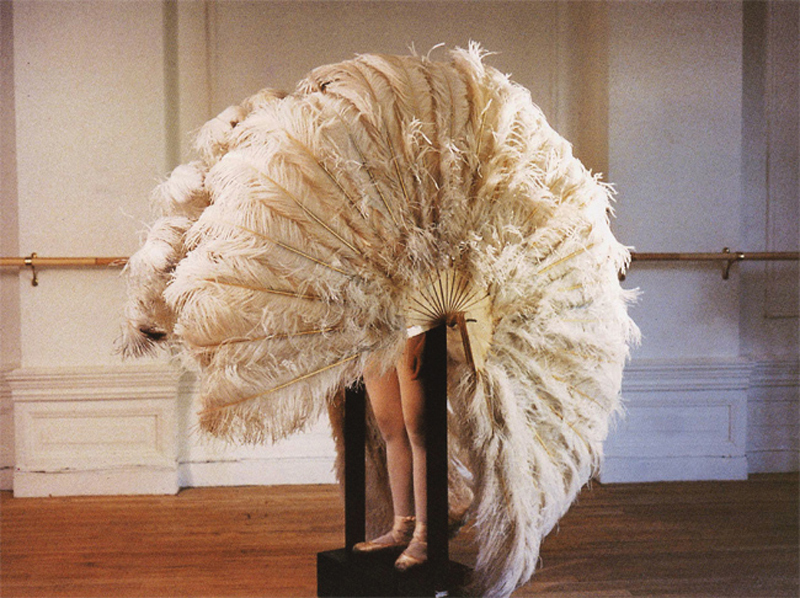 Similar to performance art is conceptual art, another frustratingly contentious issue among less enlighted publications and the more ignorant members of the public. Nothing strikes fear into the heart of  the average man as much as something they don’t understand. I wont pretend I understand all the conceptual art I see, but on the other hand I’ve never decried an artists work as ‘rubbish’ without investing some time into at least trying to understand it, but then I’ve always been a post-structuralist. In the conceptual category was Martine Rose.  My fellow LC: M goers discussed this show more than any other (while chilling out at the St Martins Lane Hotel Bloggers Suite) and opinions were mixed at best, but then this show was a little more cerebral than most. From the theatrical and glacially paced staging to the obtuse choice of older, less typical male models, most people seemed to miss the concept behind this collection entirely. In the midst of endless pop-culture revivals Martine Rose’s AW13 collection could ostensibly be seen as a homage to 90’s rave culture. But this isn’t the oversized smiley face t-shirt and glow-stick revival we’re used to, but rather a comment on the fashion industry’s obsession with revivalism. The collection portrayed the once youthful 90’s raver as he would look today. The bar towel, once used by ravers to mop up sweat, became a fabric in itself for patchwork jackets as well as accessory tucked into the back pocket.  This was a show that required some thought, which is why the models didn’t stomp up and down the runway but instead slowly rotated on a plinth, like a valuable relic from a bygone era, in a museum.
Follow me @RobotMonsieur