Every time a designer and major retailer announce a collaboration, my heart goes pitter patter. I’m a gal with a modest income, you see, so can’t really afford to buy all the beautiful clothes I lust after (except for the occasional marked down from $800 to $100 dollar designer dress at a sample sale or Century 21 – but there’s an additional cost of having to FIGHT other shoppers for the coveted item). But when, say, Zac Posen designs a line for Target, Viktor & Rolf for H&M, Christian Siriano for Spiegel, then I can afford a piece of clothing that I’m lusting after. Even multiple pieces!
Last week, Banana Republic’s Mad Men line, designed in conjunction with the show’s costume designer, Janie Bryant, hit stores in North America (and their online shop for those not on my continent). It was supposed to coincide with the next season of the show, which has been postponed for a year, but lucky for us they didn’t postpone the launch of the clothing line. It’s nothing new to love love love the fashion on that show, but allow me to ramble on for a moment about how much I love love love the fashion on that show, i.e., the sleek, curve-hugging, bold-colored, high-waisted, knee length, a-line and pencil-skirted 60s dresses, always, of course, exquisitely paired with a gorgeous necklace or scarf and just the perfect little matching bag and shoes. 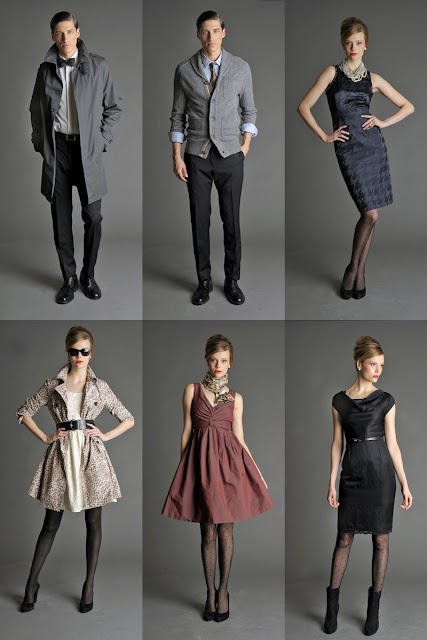 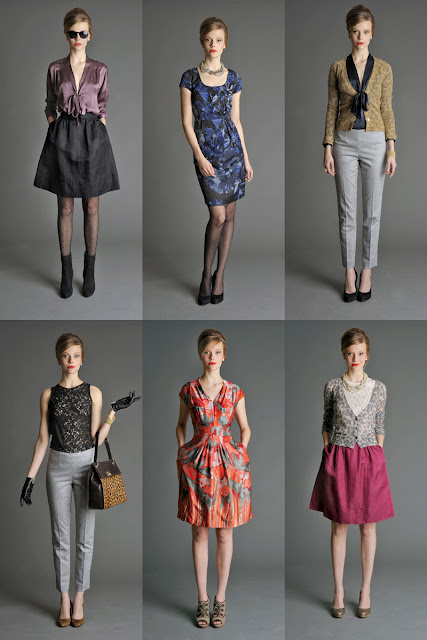 The collection is a bit modernized, leaving the bolder colors (like my fave, the classic mustard yellow) in the past and embracing more subtle tones, and the fit isn’t as curve accentuating as some curvier women might have hoped, but I think for the moderately curvy such as myself, the fit is quite sleek, and the patterns quite pleasing. A couple of pieces would likely do very well on a curvy woman, such as the pink floral one and the ivory lace one, which, by the way, are two of my favorites in the collection. At $150 a dress the pieces weren’t quite as affordable as I would have liked, but worth the cost for a special occasion, such as “I just moved and cleaned out my closet and need to refill it” or “My office crush is single again.”
On September 13th, the Missoni for Target line will be available in stores. Living in New York, it’s almost impossible to take advantage of these affordable fashion collaborations – you’ve gotta be camped and queued up outside the store the night before, and if you aren’t among the first 100 customers, all that will be left when you get in the store (if anything), are sizes extra small and extra (extra extra) large. But Target, like Banana Republic, will have all of the pieces of the 400 or so piece collection (that includes non-clothing items such as a bike, yes a BIKE, a shower curtain, dishes, etc.) available in their online shop, including a few items that are only available in their online shop.

Allow me to say: I love Missoni. I could not be happier about this Target line. Maybe it’s the bohemian in me – there’s just something about that delicate crocheted look. Several years ago I picked up what was almost certainly a long sleeved Missoni dress, label removed, at a thrift store for just a few dollars. It’s one of my prized possessions. I’m guessing/hoping some of the pieces be available in additional colors, but I especially enjoy the pink, short-sleeved mini dress, the gray jumper, and the bikini (even though summer is coming to a far-too-soon end) – the tights are also Missoni. And if you would allow me to be so bold – I could definitely see myself wearing those Missoni heels and one of the scarves with that lovely gray number from the Banana Republic Mad Men line. I know I know – brown, black, and gray? If that combination is wrong then I don’t want to be right.
Photos courtesy of Target & Banana Republic
Follow me – twitter – bloglovin – rss – tumblr – MCM blog.