It took me a while, but I am finally able to share this interview I did with the multi-talented Jaffe Zinn a couple of months ago. Jaffe is half of musical duo Folded Light, a very accomplished illustrator and filmmaker. He is currently finishing his first feature film: Magic Valley. 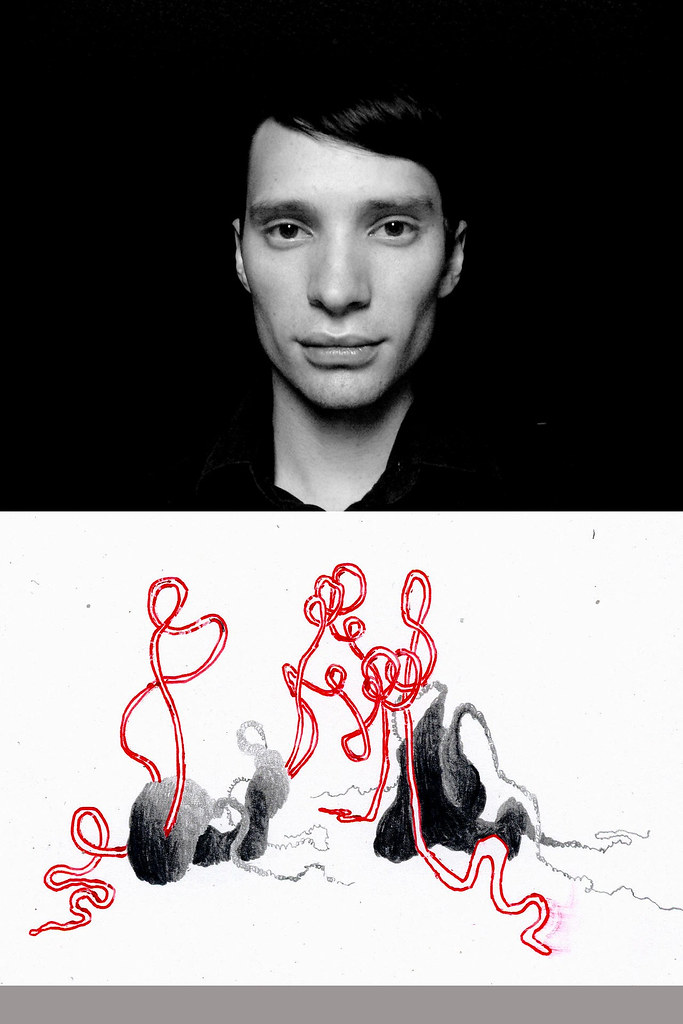 What are you working on at the moment?
I am working on my first feature film, Magic Valley (formerly Buhl).
I first wrote the script about 4 years ago
I have been focused almost entirely on the film since June 2009, we shot it in October/November and since then I have been editing.
Making Magic Valley…
I usually start off with images of things I’d like to see in a movie.
With this film, there were a couple of images I had in mind that would be neat in a movie so I tried to figure out how to include them.
The movie itself involves a lot of characters and stories intertwined. It takes place over the course of one day and it follows four different sets of characters. It took a while to figure out how to connect them all.
The initial draft took me about 3 months and then after that another year trying to make it as interesting as possible. I sent it off to a lot of people, producer friends, people in the industry and they gave me notes. Most of them said it was a really well written script. 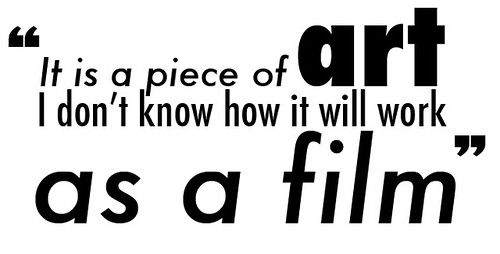 I emailed cinematographer Sean Kirby (Zoo) to know if he’d be interested in shooting the movie. He read the script and liked it so we met, talked about shots, influences etc.
I shot all my shorts myself, I had never worked with a cinematographer before, but I never really liked how my shorts looked, so it was good to work with someone who could make my vision better.
I am completely involved in everything. The only aspect I am not involved in is the music. Steve (Damstra) and Mads ( Heldtberg) are doing it.
I am a little bit more involved than the average director I guess, but people like Vincent Gallo

are also pretty involved.
Where does the name come from?
I had to change the name because Rezo (the worldwide distributor) found “Buhl” would be awkward for people to say.
Magic Valley is an interesting name because it is misleading.
It is the area where Buhl is, in Southern Idaho which is why we went with that.
At the same time it is interesting as it does carry certain connotations for people who are not familiar with the area. Hopefully people won’t think about magic anymore when they think about Magic Valley.
What’s the story of Magic Valley?
Four stories intertwined around the disappearance of a young girl.
What are your influences?
Edward Gorey

are the two biggest influences for my drawings. 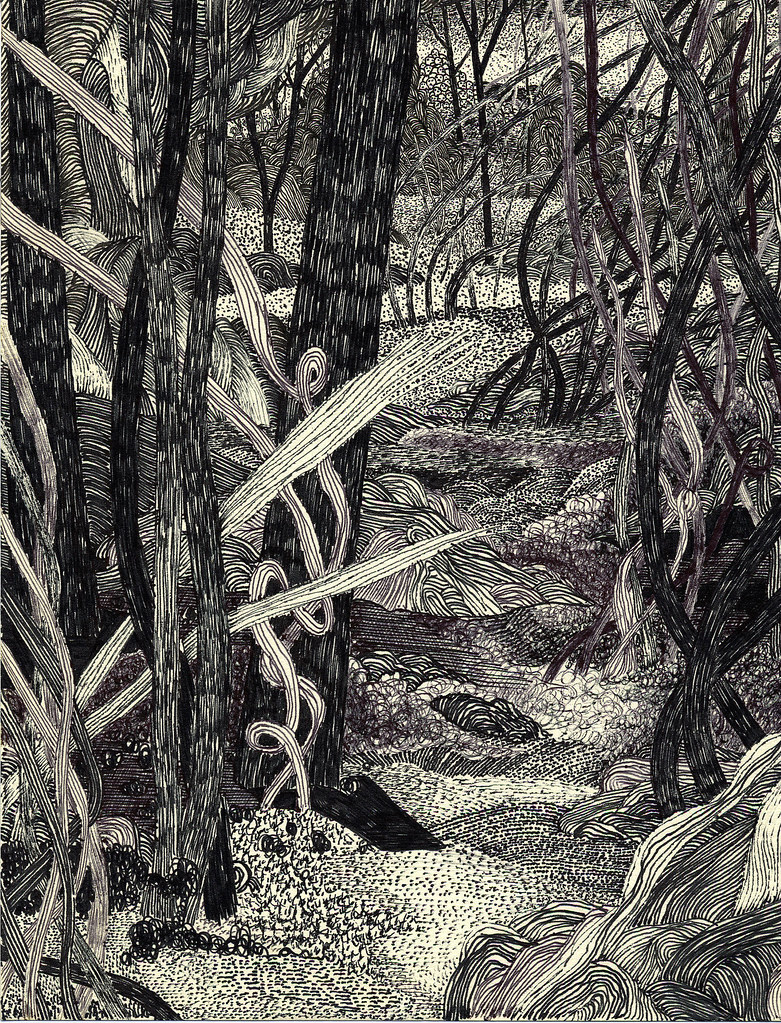 Black Sea of Doom by Jaffe Zinn
My films influences are different, I am less interested in the fantastical. I like my films to be more grounded in reality. I am a big Werner Herzog

.
I also love horror movies, westerns. My favourite movies are The Goonies

and The Neverending Story 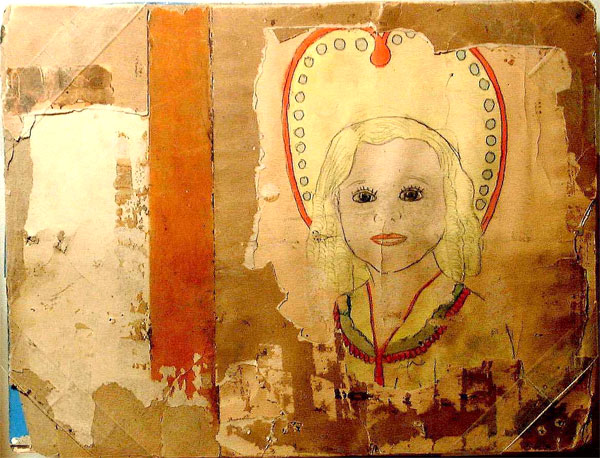 Henry Darger
My musical tastes are all over the place. What we do with Folded Light

is one particular sort of thing, but both Steve and I are into lots of different stuff. I am a big metal fan, but I also like classical, hip hop, or country stuff. Music informs my movies as well.

I buy too much music, I buy ten cds at a time every other week!
Do you have any hidden talents?
I used to be really good at snow boarding and skate boarding, but I don’t do much of either any more.
I stopped when 8yr old kids started doing insane tricks: I thought my time was up.
I make a good hamburger, but I am not a very good cook.
I am also a pretty sharp shooter.
Dream Pet
A Red Panda, I love Red Pandas.
Top 10 Babes
My wife Haruka
Kelly Kapowski – Saved by the Bell 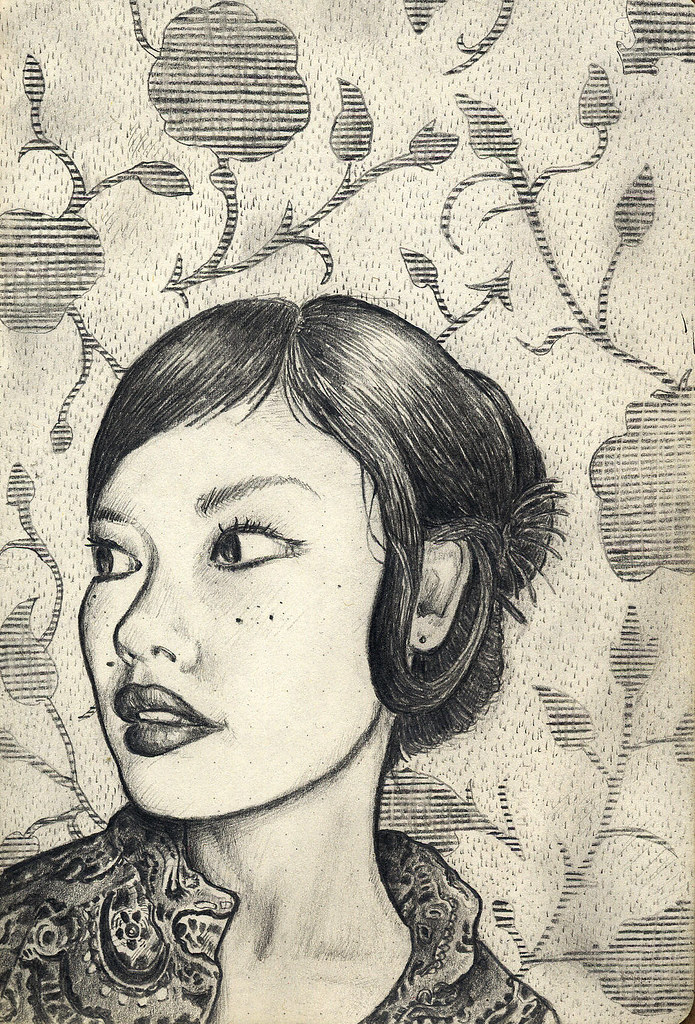 The Wallpaper is Unclean by Jaffe Zinn
Please do not reproduce without authorisation.