On Thursday in London was Fashion Night Out, which looked really fun on paper. What really happened is that you ended up running from one shop opening to the next. The fun was had anyway, mainly by making hairball noises in the street with Loulou and getting my bum pinched by July Stars in Liberty’s.
We first went to sample some deeeeeeeeelicious ice cream at the Ice Creamists in Selfridges. The ice cream was totally amazing, but the place is just stupidly over the top and noisy. I know it is the concept, but it is a bit like going to the Bronze except that instead of Cibo Matto playing there, it is a Prince cover band. Yep.
We then headed back towards the Newburgh quarter to have a look at the Eley Kishimoto pop-up store which was rammed, but totally drooltastic. The collection is amazing, as usual. I can’t wait to see the show!
The Gap pop up store had a queue to go in, so I think I will just wait for the opening of Garance Doré‘s exhibition to go check it out.
The Lomography shop was every bit as wonderful as expected, covered floor to ceiling with lomo photos, beautiful little cameras and cool accessories. Again though, it was totally impossible to move a muscle inside the shop, despite a guest list at the door!
We ended up in Liberty’s, because it is always nice to end up in Liberty’s, tried on many shoes, I found my dream pair in Open Ceremony (what a surprise), had a look at the clothes and then we were on our way. 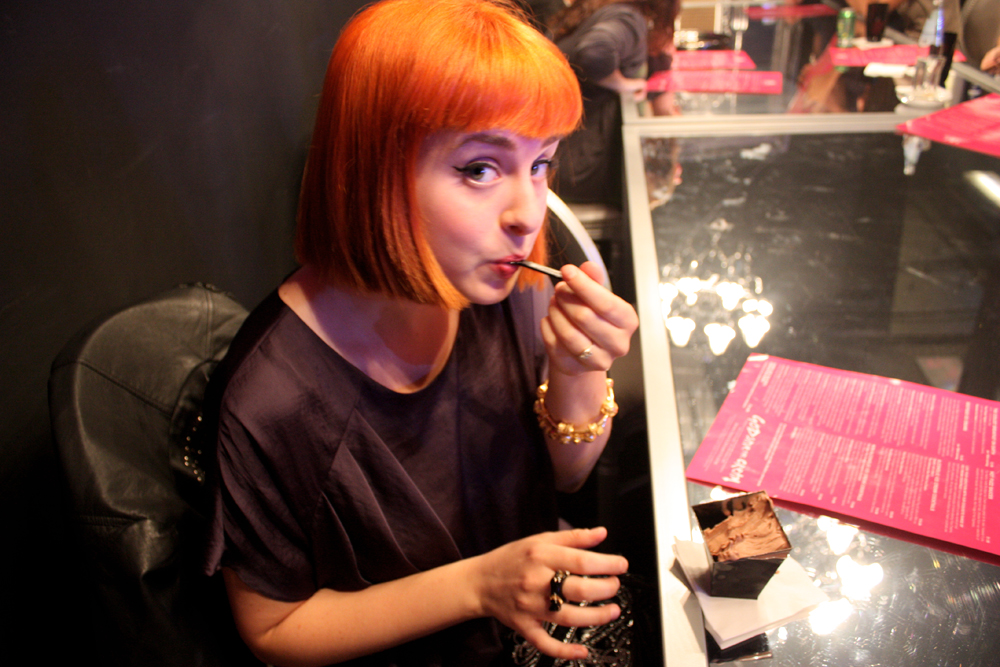 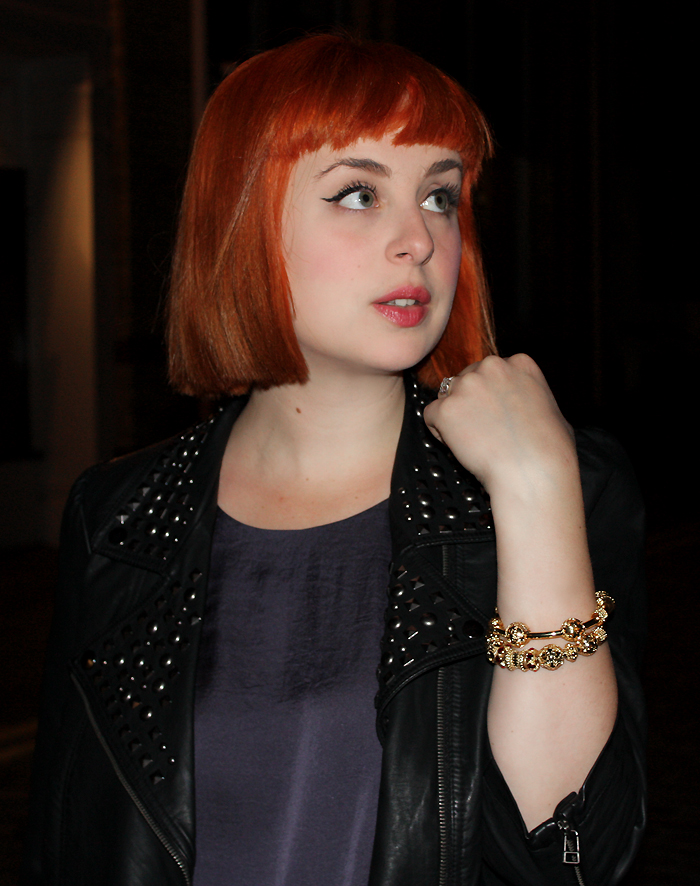 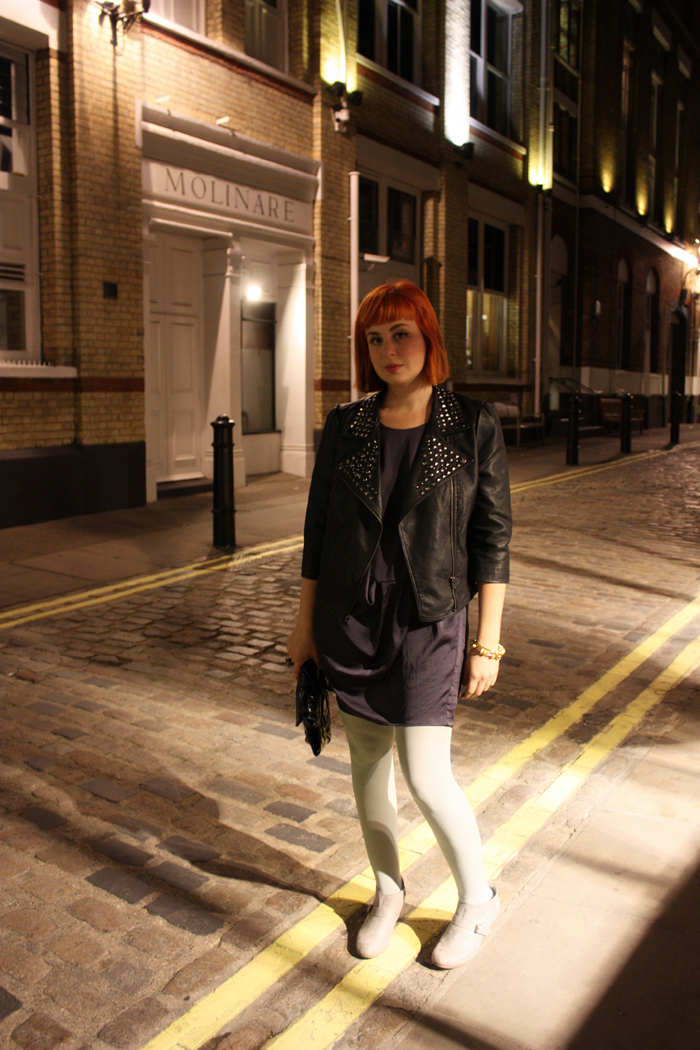 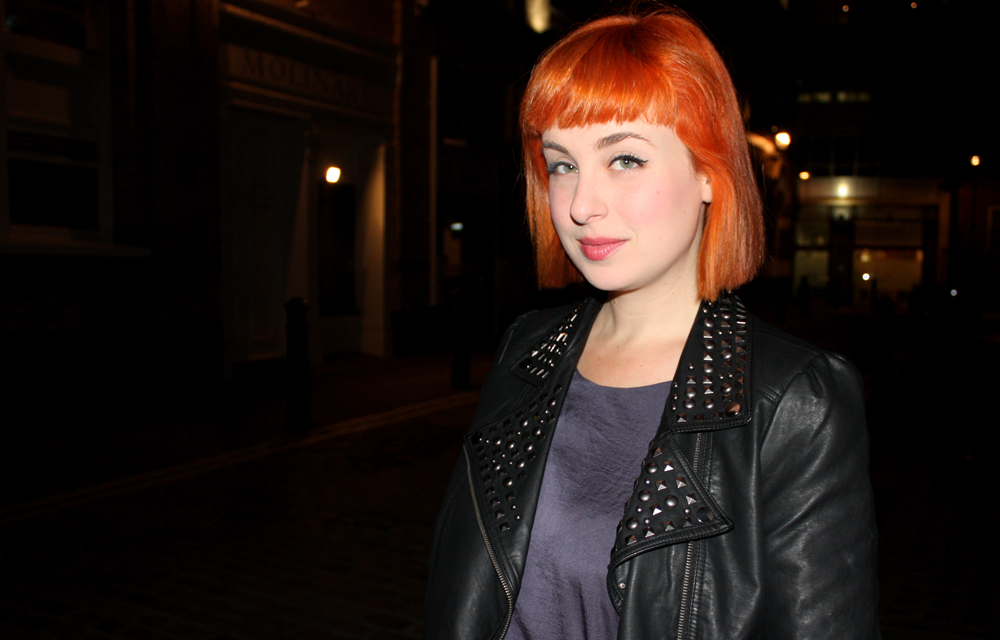 Making Tyra proud, attempting to smile with my eyes.
Thank you Loulou for taking the photos!
Jacket – you knows it
Dress – Topshop
Clutch – Vivienne Westwood

One last thing… I would like you all to take this survey to help Catwalk Genius know more about what you expect from your relationship with designers. Special bonus, you get 15% off Catwalk Genius designers!