Since the weather seems to think it is already October, I thought it was a good time to share with you a few snaps from Miss Selfridges AW 09/10 collection. I had a chance to go and have a look last week. The theme is Rock Chick, which appears to be quite popular over at Arcadia HQ. As far as I can remember since I have been living in the U.K. there has been at least one Arcadia brand with a Rock Chick themed collection. It is almost as if the studs and sequins were now wardrobe basics…
Surprisingly, there were quite a few pieces I liked in the collection, and a good few “basics” actually. I am not massively into the “rock” look, but there were some items there that would look really nice mixed in with some more classic or vintage looks. I didn’t have my camera with me, but I took a few phone snaps and used some of their press images as well. 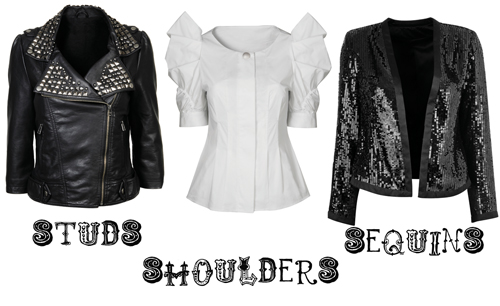 The biker jacket is made of nice soft matte leather, and even though adding studs to a vintage jacket would be a very easy DIY project, finding a nice vintage biker jacket is a tough task, so the idea of buying a new one is pretty attractive right now.
The exaggerated shoulders shirt is a clever take on the Balmain trend, not as appealing to me as the H&M shimmery mini dresses, but way easier to mix in your existing wardrobe.
As for the sequin jacket… Do I even need to say anything? I was thinking of getting a sequinned blazer, but this jacket/cardigan might win me over in the end.

Below are two – blurry – pictures I took with my phone of pieces that weren’t in the lookbook. The structured jacket and a slouchy vintage inspired grandpa cardigan. 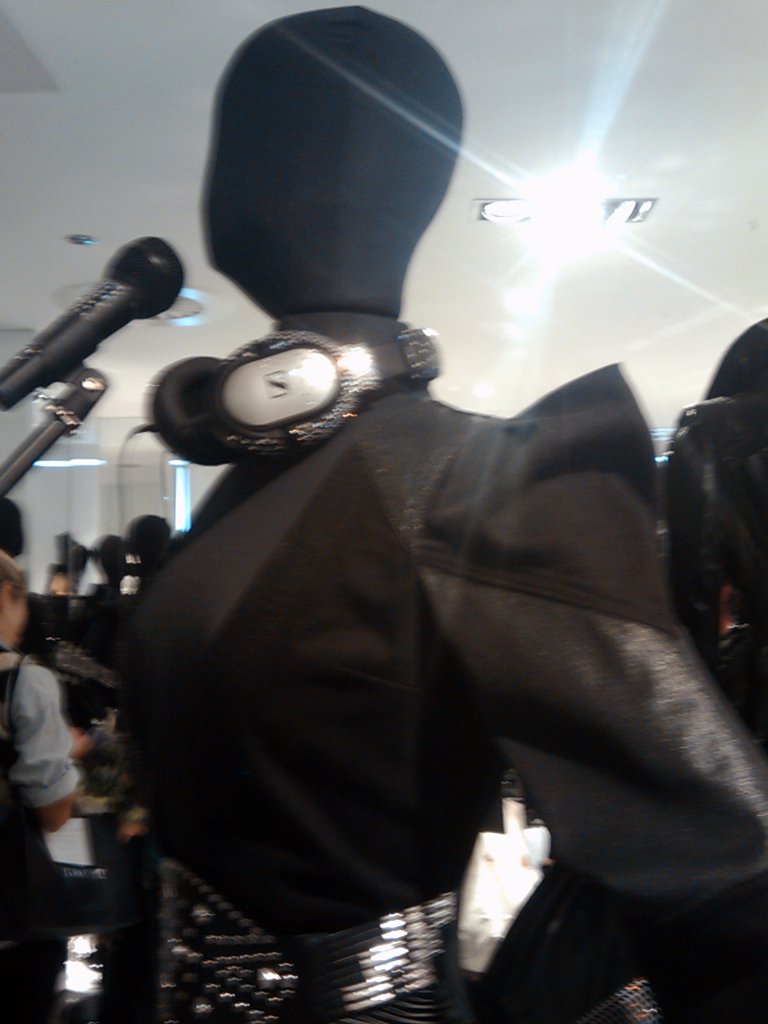 The cardigan was probably my ultimate favourite item in this collection… And quite obviously the one item that doesn’t fit so well in a Rock Chick look. I also really liked the idea of mixing textures, which is what I have been getting really into last Winter with rubber and wool, why not experiment this time with sequins and wool? 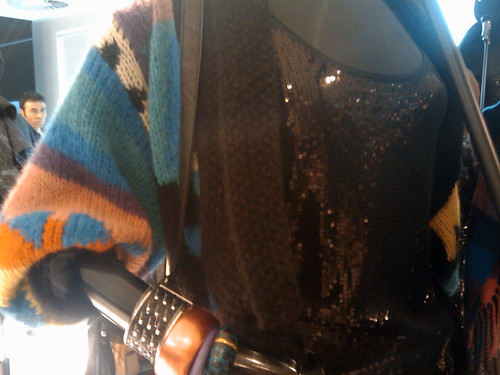 The collection will be available in stores little by little from August till Christmas, so keep your eyes peeled around the end of the Summer when you visit your local Miss Selfridges.