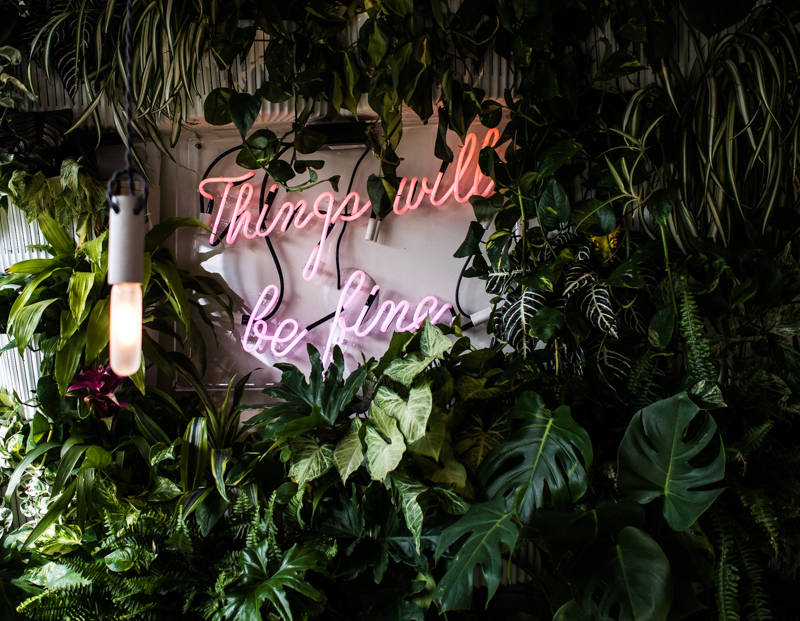 Thinking back about my first year of blogging (somewhere between 2007 and 2008) is a pretty hard task for me, mainly because I can’t even remember what I had for lunch yesterday, or even today for that matter. Oh wait… That’s right, I haven’t had lunch yet.

My first year of blogging was almost a decade ago and times were obviously very different. The internet landscape was very different, social media was only a concept and my mindset was also very different. Mostly because I had zero monetary expectations and no agenda (these days, I have some monetary expectations because the blog is my main source of income, but I definitely still don’t have an agenda). Back in 2007, maybe 2008, there was no concept of sponsored content. The only way to monetise was to build up a portfolio of articles or photographs that could be used to pitch for some column inches. Whether this is better or worse than the way things have become, I don’t know. There was much less pressure then for sure, there were less constraints too.

So what did I learn in those early days?

Integrity and readers’ trust are the only things that matter

In the early days, as I said, there were no expectations. I would write for myself and the few people that happened to stumble upon my blog. There were no conversations with brands, no talk of anything commercial. I didn’t even know earning money from this blogging thing was an option. I’d joined Twitter the previous year, in 2006, but was mostly using it to chat to my friends. Social Media wasn’t the beast it is now. So the first time a brand (US based) contacted me asking if I wanted to be sent a product for review, I was shocked. The product was a $30 pair of hair straighteners, which I still have! When I received the email (addressed to the gmail account I had set up for the blog), I panicked because I was suddenly faced with an ethical dilemma: was I even allowed to take gifts? What was expected of me? What if I didn’t like the product? How was I meant to tell people it was a gift? Did it mean I was getting bribed? Did I want strings to be attached to this new project?

I had no idea and not many people to turn to and ask. In the end I used my journalistic experience and decided to just give an honest review of the product, disclose that it was a gift and be as transparent as possible. After that I decided to put a disclaimer on the blog saying that I would only write about products I would buy myself and fully endorsed. It was around then I decided I didn’t want the site to be a negative space, and that I would have to say “no” a lot to brands that weren’t right in order to feel OK about what I did. Has this changed? Not so much… To this day, I still only surround myself with brands and products I truly believe in, because I am always acutely aware that without the trust of my readers, I am nothing.

Self-promotion and networking are important but you don’t have to be the biggest schmoozer to succeed.

I had my first press feature in my first year of blogging. It was in the Independent, something about my flat and my family. I can’t remember exactly how it came about, I am pretty sure it wasn’t really related to the blog, but I remember feeling so important then. Someone was going to come to my house to take photos of me, then conduct a full interview about my life. I didn’t think about plugging my blog in the article because it wasn’t something I was promoting at the time. Somehow, this became a thing… In every subsequent interview, I kept forgetting to plug my blog and actually promote myself. I still do it now. I replied to interview questions last week and after hitting “send”, I realised I hadn’t promoted myself a single time. I am so shit at this whole networking game that I have had to craft an identity as a mysterious recluse. Not sure it is working, but at least I don’t feel so guilty when I am not so actively seeking out opportunities. I have been incredibly lucky to get the opportunities I’ve been given without too much effort so far. This may change, but I hope not because I am not really equipped for it.

In my first year of blogging I discovered Lookbook.nu and Wardrobe Remix. I was on both of these and also other flickr groups, occasionally sharing my outfits, but mostly looking at what others were doing on there. It was fun to share in the safety of flickr… I saw that some girls from Wardrobe Remix had blogs where they would also share their outfits. At the time, mine was mostly a diary, with some pop culture posts thrown in, so it seemed a bit funny to me to post outfits. Also I had only given birth a few months earlier, didn’t really know what my style was anymore and didn’t fit in any of my pre-pregnancy clothes. Needless to say I wasn’t exactly ready to put myself out there! Overall, it seemed like a bit of a useless thing for me to be doing when my end goal was writing.

Until one day where I found a really fun dress on the high street and felt good about it and decided I wanted to show it to the world. I remember feeling so self-conscious and so awkward trying to pose pretty in my dress. As you know, I have done my fair share of style blogging since then, I lost most of my self-consciousness doing it. I still don’t feel like anything I wear needs to be documented, but I also see the fun side of it. I was even featured in campaigns where all I had to do was pose! Life is just mental.

Towards the end of my first year, I started to get approached by a few brands, people were opening up to this new blogging thing. Events were organised and bloggers were invited. We were fed cupcakes mostly (remember those days?), asked to sing for our supper on a daily basis and back then most of us rolled over for fear of losing those precious new relationships with brands.

It very quickly got on my nerves and I didn’t like the feeling I was getting from it. I felt used. I was very far from thinking that I would ever make money from this, but part of me felt that if I’d still been a journalist I wouldn’t have been treated this way. The result was a lot of anger on my end, and the start of a battle I am still very much fighting now: I simply wanted mine and other bloggers work to be recognised. I wanted the hard work and the skills I had to be rewarded. But I felt so greedy because it simply wasn’t the done thing. So I did what any sensible person would do and I took my crusade to Twitter. A few like minded people came out of the woods then but not much happened. It made me think that I could capitalise on the little notoriety the blog was affording me and start a business on the side.

Blogging is a great portfolio platform – if you are thinking or starting a blog, it doesn’t need to be monetised directly but it is a great way to showcase your many skills.

As you know, I have a child – hell she is the reason why I am even writing this right now. The obvious avenue of blogging for me would have been to keep a mummy blog… Yet from the very beginning, although I occasionally posted updates about Mini and my life, I felt like it would be wrong to share her life online. I quickly became very aware of the issue of digital identity and how I wanted her to own hers. It is not mine to play with. Since then, she has graced the blog a couple times, always anonymously.

I forged many great friendships thanks to the blog. This series of post is living proof of that. It wasn’t always easy though, it is hard to find your stride when everything happens at once and it is hard to know when to trust people. I am naturally quite guarded and private (I am a Parisian after all) and I don’t open up easily. I like to observe the world around me rather than be in the centre of it and I hate small talk.

So imagine me in the middle of a blogger event in 2008, I was out of my depth completely, like a pet cat abandoned in a petrol station on the motorway, I saw everyone as a danger, I didn’t know what to say and I would just retreat to my corner and have one more cupcake while looking grumpy. I don’t even like cupcakes. This attitude earned me a pretty shitty reputation in high school (people thought I was snobby and aloof when I was simply overwhelmed) and the same feeling came back when I attended my first blogging events. It wasn’t a nice one to feel as a fairly confident 30 year old woman. Fast forward to 2016 (and even a few years before that) and I totally own the fact that I am a difficult human being. This is who I am, it won’t change and in a way it is a good way to make a pre-selection for friendships. The few bloggers I now call friends restore my faith in humanity on a daily basis. As for the trolls, I think they got bored.

Writing this, I realise that a lot of the stuff I did in my first year of blogging really defined who I am now as a blogger. I still operate in the same way, albeit on a larger, more commercial scale at times. My motivation is still the same: I want to create something I am proud of. I want to write everyday and I want an outlet for my brain vomit. The most important thing I learned is this: even when I don’t make a cent out of this site anymore, I will still be updating it. Because apparently, this weird little corner of the internet was my calling, the thing I was longing for. It allowed me to be myself, to grow and evolve, to meet people and it was here holding my hand for the past decade. Whatever mistakes I made weren’t really mistakes because I was walking in the dark anyway. And when your goal is to be yourself and to just “do you”, there is no right or wrong. Really there are no mistakes, only a learning process.