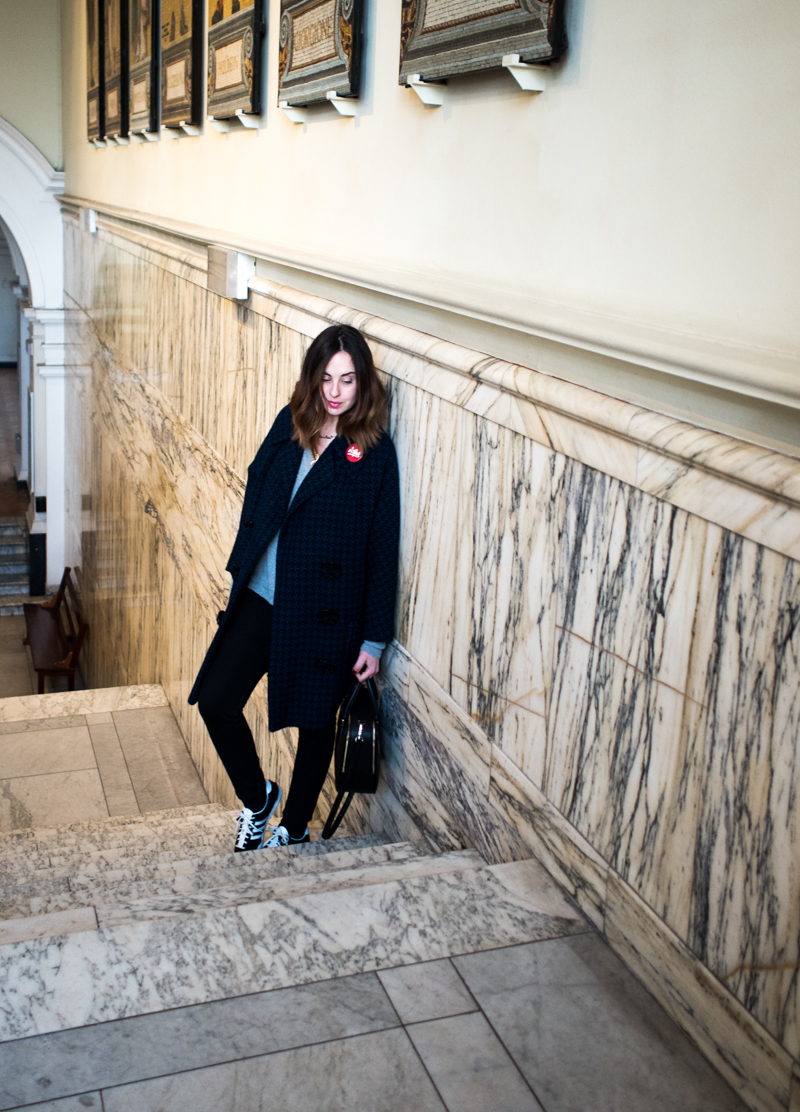 I’ve owned this coat for years… But until about a month ago, I had never been able to wear it because it had such an awful smell!

Back in 2005, I became obsessed with a Marc Jacobs coat. It was blue, with a wide lapel collar, really oversized and with giant buttons. It looked a little bit like a coat you would make for the dolls that live in a Lundby Dolls House. Back then, there was no way I could even dream of affording it: video-games testing doesn’t pay so well. I had just met the man who is now my husband who lived in New-York at the time and I remember asking him to maybe look for it there as it might be cheaper. I was seriously smitten with that coat. But it wasn’t meant to be.

Fast-forward a year or so and I am sitting in my living-room, browsing for stuff on eBay when I come across this here coat, a 50s vintage wonder, a miracle in blue and black check. It ticked all the Marc Jacobs boxes: oversized, large buttons, wide lapels. But it was more than that: because it was vintage, it was unique. And it needed to be mine. So I went to fetch some snacks and water and set myself up for a bidding war, willing to bleed for this coat. The bidding battle that ensued was pretty darn epic. Clearly, somebody else wanted this coat as badly as I did because the price quickly escalated from a reasonable £50 to £150! But I kept going. So what if it meant eating pasta for the next month? The auction ended and I won the coat – I remember paying £198 for it. That was a huge sum for me at the time.
A few days later, it arrived in the post, I was so excited I almost ripped it while opening the packaging. I hung it in my loving-room to admire it… Only to realise it stank as if someone had died in it from mothballs poisoning. It was the most disgusting thing I’d ever smelled. For a second I thought I had just bought the most expensive stink bomb of all time. I contacted the seller who refused to refund the coat so I was stuck with it. I tried EVERYTHING: bicarbonate of soda, silica gel, airing, febrezing, dry cleaning. Nothing worked for months, the smell still came back. So I packed it away tightly and decided that after all, it wasn’t for me. When I moved house, I considered throwing it away, but I couldn’t bring myself to do so. I moved twice since I bought it and it came with me both times. The stinky, unworn coat of dreams.
Then one day at the end of 2014, I was contacted by a lovely lady from Miele who wanted me to try out their revolutionary “Miele WetCare” service. At first I thought “meh, another silly thing I can’t write about, who cares about dry cleaning“. Then I remembered the coat. Perhaps this was my chance to save it. The last chance. So I sent them my coat.
A week later, the coat came back to me… TOTALLY SMELL FREE. My curiosity was piqued so I looked further into the Miele WetCare process – could it be what makes me want to buy vintage again? If you want to know more about Wet Cleaning, have a read on the Miele website. There are a few cleaners who offer the service in the UK and you can find the complete list here. My coat was saved by Olivia’s Cleaners in Palmers Greens, I can’t thank them enough for it. Talk about reinvention!
I am wearing: Vintage coat of dreams, Iris & Ink cashmere v-neck, ASOS Ridley Jeans, Kate Spade bag, Adidas Gazelles, Stay at Home Club badge.
!function(d,s,id){var e, p = /^http:/.test(d.location) ? ‘http’ : ‘https’;if(!d.getElementById(id)) {e = d.createElement(s);e.id = id;e.src = p + ‘://’ + ‘widgets.rewardstyle.com’ + ‘/js/shopthepost.js’;d.body.appendChild(e);}if(typeof window.__stp === ‘object’) if(d.readyState === ‘complete’) {window.__stp.init();}}(document, ‘script’, ‘shopthepost-script’);

JavaScript is currently disabled in this browser. Reactivate it to view this content. 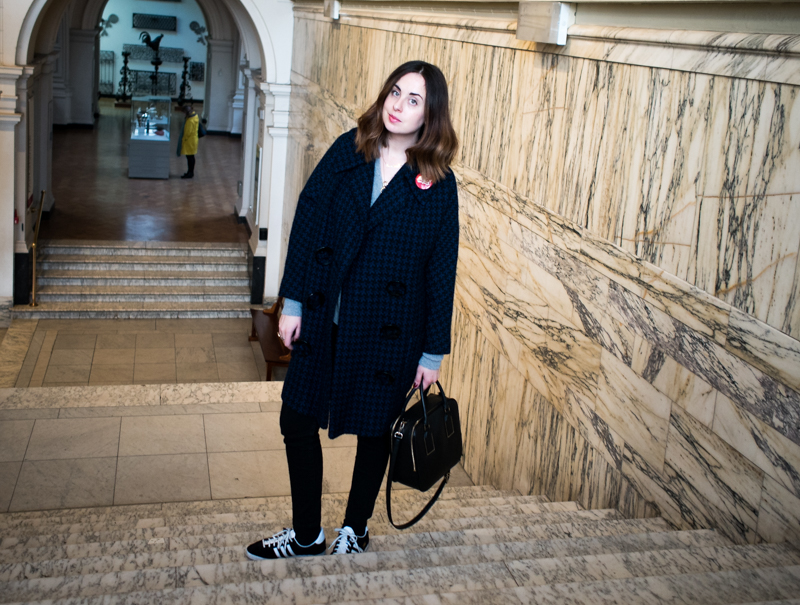 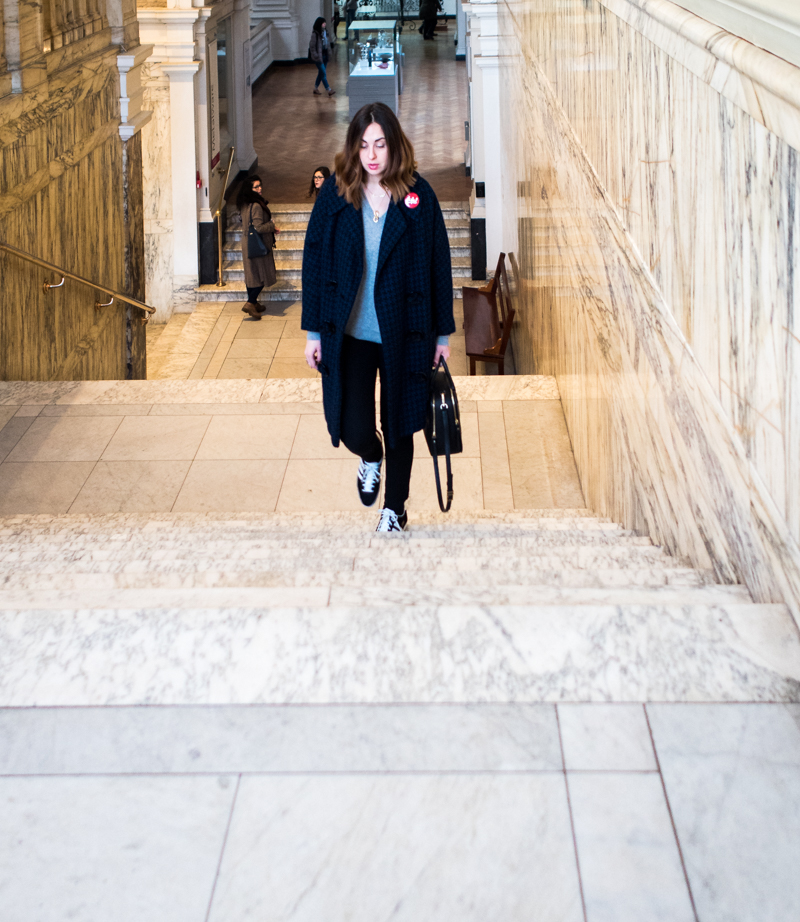 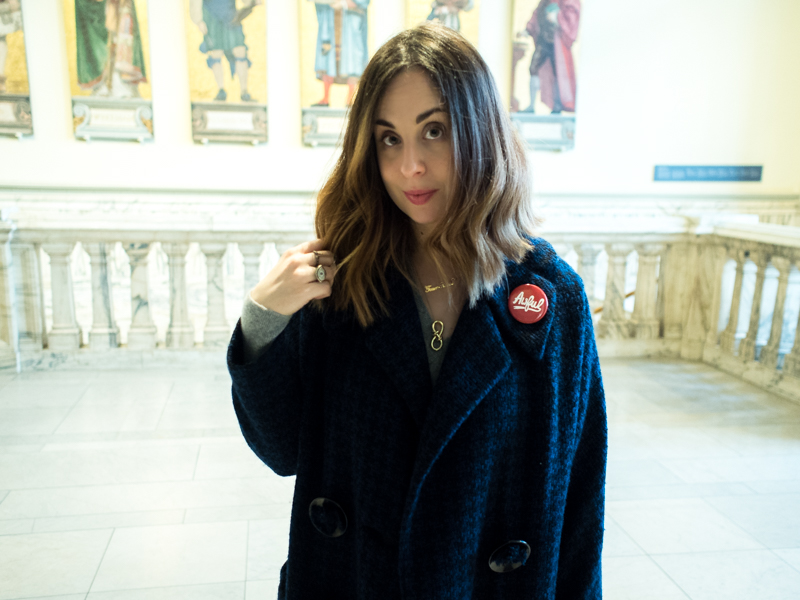