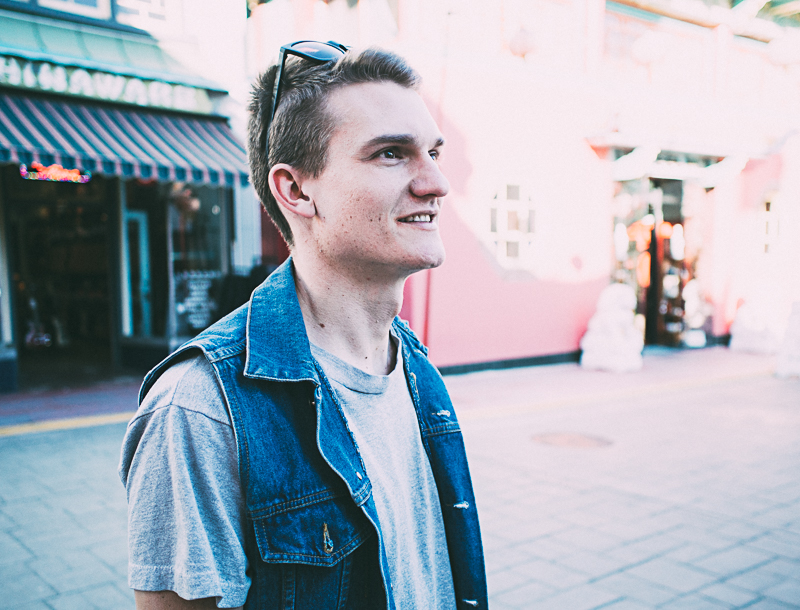 You never know what’s hiding at the end of a Google Search… For me, usually it would be cats falling off things or gruesome serial killer news stories from 1972. But sometimes, I get out of the cat vortex to look into other more pressing obsessions…


If you have been anywhere around me in the past ten years, you will be acutely (and perhaps sorely) aware that one of my recurring obsessions is the beautiful city of Los Angeles. So I am often sniffing around the web for “Weird things to do in Los Angeles“. I haven’t yet pushed all the way to “bizarro things to do in LA” but perhaps one day I will. Anyway – in the Summer, I was minding my own business on the internet and ended up on a YouTube channel called Tom Explores Los Angeles, covering pretty much exactly everything I always wanted to know about Los Angeles (but was afraid to ask). I promptly interrupted what important cat investigations I was in the middle of and had a TELA marathon session (that’s Tom Explores LA in case you weren’t paying attention). When I eventually stepped away from the computer, I knew I had to get in touch with Tom to find out more about him and his show. A few months later, we sat down in a coffee shop, and in between bits of staring at dogs, we had a chat about what he does.

Tom grew up in Los Angeles County and his paternal family has been in the area for many generations – his great-great-grandfather lived Downtown in 1894, the very same Downtown Tom got to know with his dad as he was growing up, eating French Dipped sandwiches at Philippe’s or buying trinkets at Grand Central Market and in Chinatown. As the son of a History professor, it was almost a given that Tom would at some point dig deep into the history of the city he grew up in. His YouTube show “Tom Explores LA” was created originally for a University assignment. The aim of it being to “teach someone something in 5 minutes or less“.  I’m not sure what I would have come up with had I been given such an assignment, but Tom is clearly a far superior person since he decided to explore and explain the 110 Walkway, with the help of a friend and armed with a rather fetching pink baseball bat. Don’t ask, I don’t have the answer to that particular question. Maybe next time.
This exploration / explanation concept is what got me hooked to the show and I seriously dare you not to binge watch it once you finish reading this post. In every episode, you can feel how passionate Tom is about the topics he covers. His enthusiasm contagious, his thirst for knowledge inspiring. It takes Tom and his (very) small team about a month to research, write and film each episode – a true labour of love. All episodes pose a different challenge (one of the main challenges according to Tom being the general lack of restrooms), but the most challenging episode to film was “Dust – The Other Side of Los Angeles Water” for which Tom and co went on a 400 miles round-trip to Owens Valley in one day. It may seem crazy to you and to be fair, it probably is a little, but when you are really, deeply into something, this is what happens. At a time where YouTube seems filled with the shallow and mundane, Tom’s channel is a breath of fresh air.
When I was in Los Angeles in November, I was fortunate enough to meet up with Tom for a coffee that quickly turned into a whirlwind afternoon of fun and adventures: he took us to the Old Los Angeles Zoo in Griffith Park (which was an old dream of mine), we drove right into the L.A. River and then ended up walking around Chinatown. Meeting Tom and being able to talk about a place he knows so well was quite the experience. Despite what you might hear, despite all the clichés, L.A. has a rich and interesting history and Tom will help you navigate through it.  In case this post wasn’t enough to convince you, here is the mid-season trailer for it, freshly made by the TELA team.
Currently Tom is:
Reading – Nixonland by Rick Perlstein
Listening to – Yung Lean “Unknown Memories”
Eating –  Roasted Acorn Squash
Doing – Writing the new episode of TELA
Dreaming of – Visiting Helsinki.
Tom’s favourite thing to do in LA – Riding his bike through the city.
And here is what a day with Tom looks like… 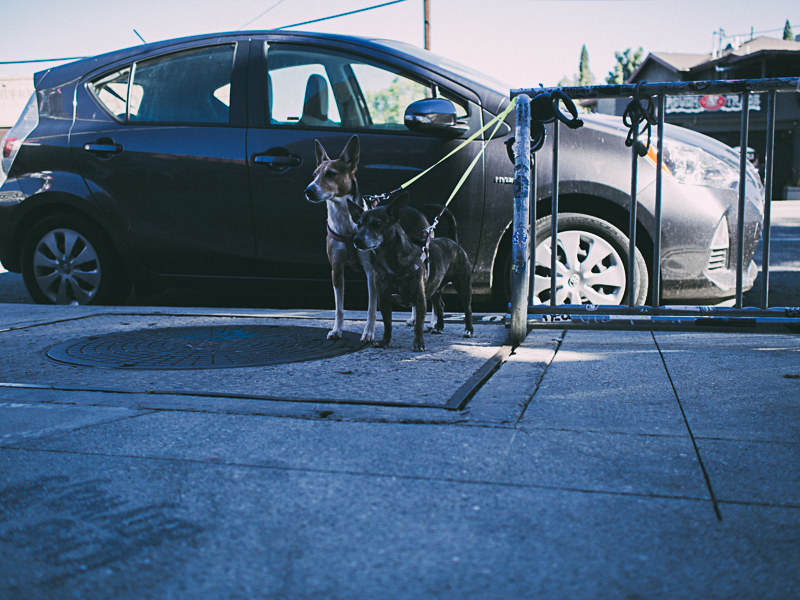 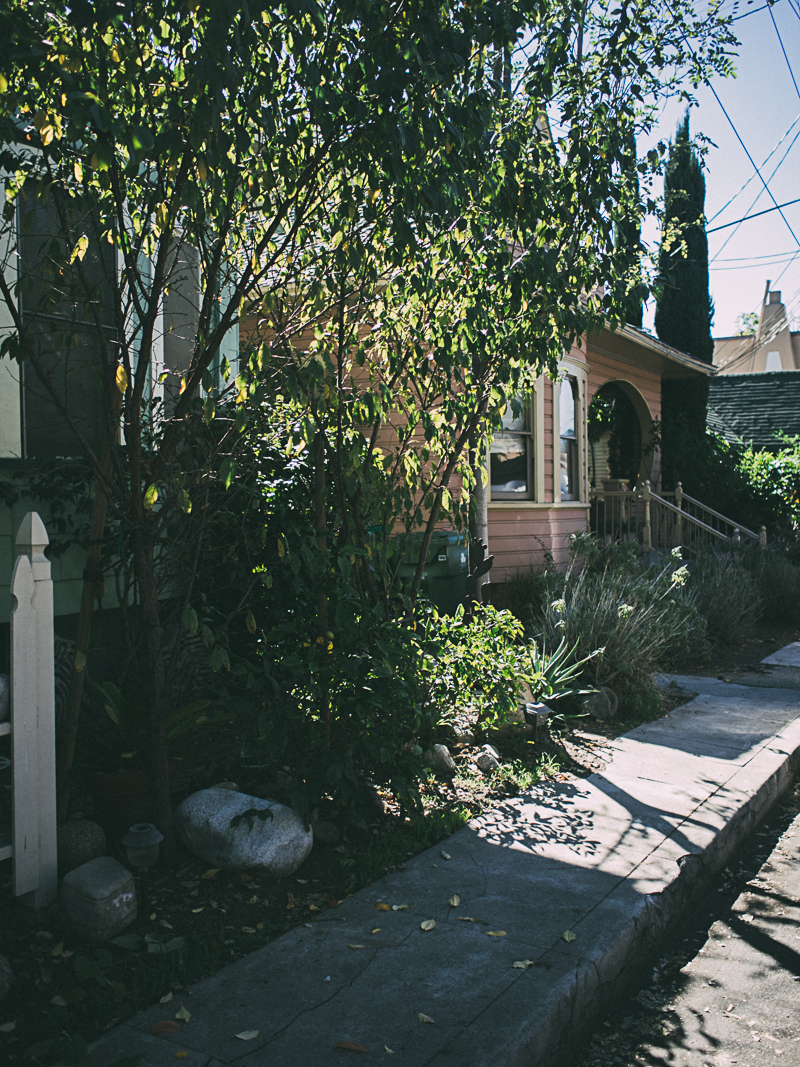 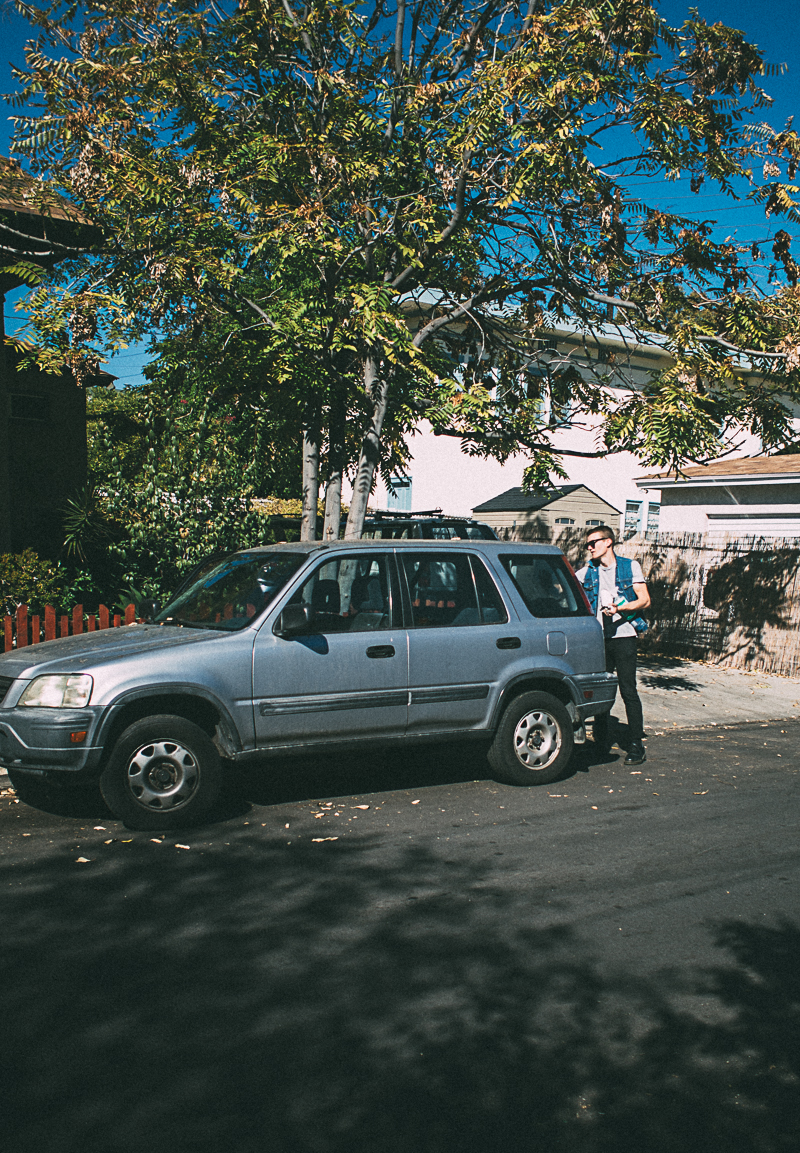 Tom’s Favourite places:
The Sunken City in San Pedro
My Taco in Highland Park
The Los Angeles River
Fargo St. (watch his video about Eldred St. for some info about Fargo St.)
The bar at Hop Louie 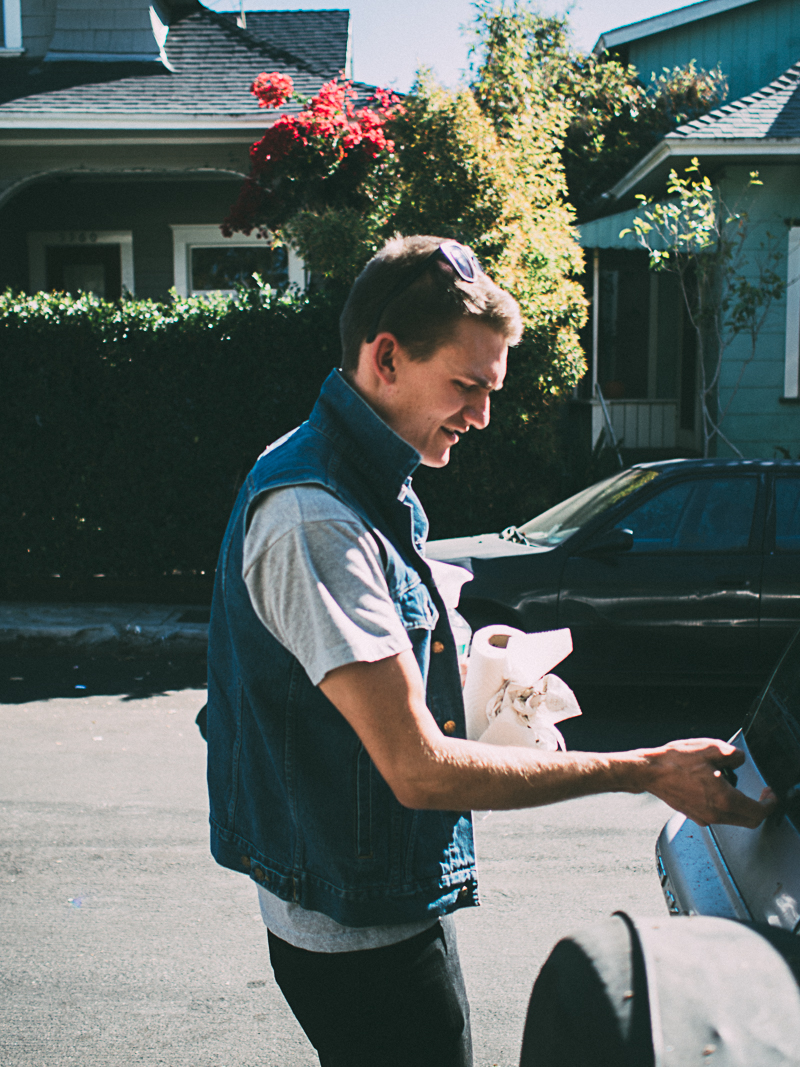 Adventures are better with a clean windscreen. 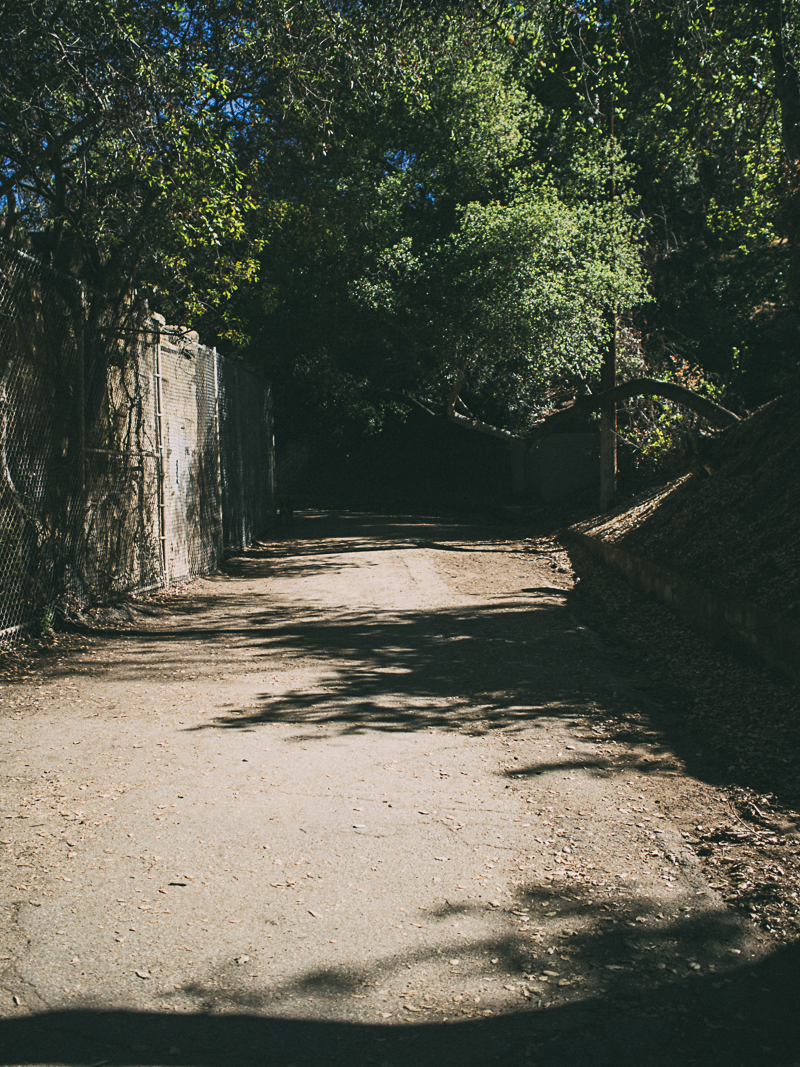 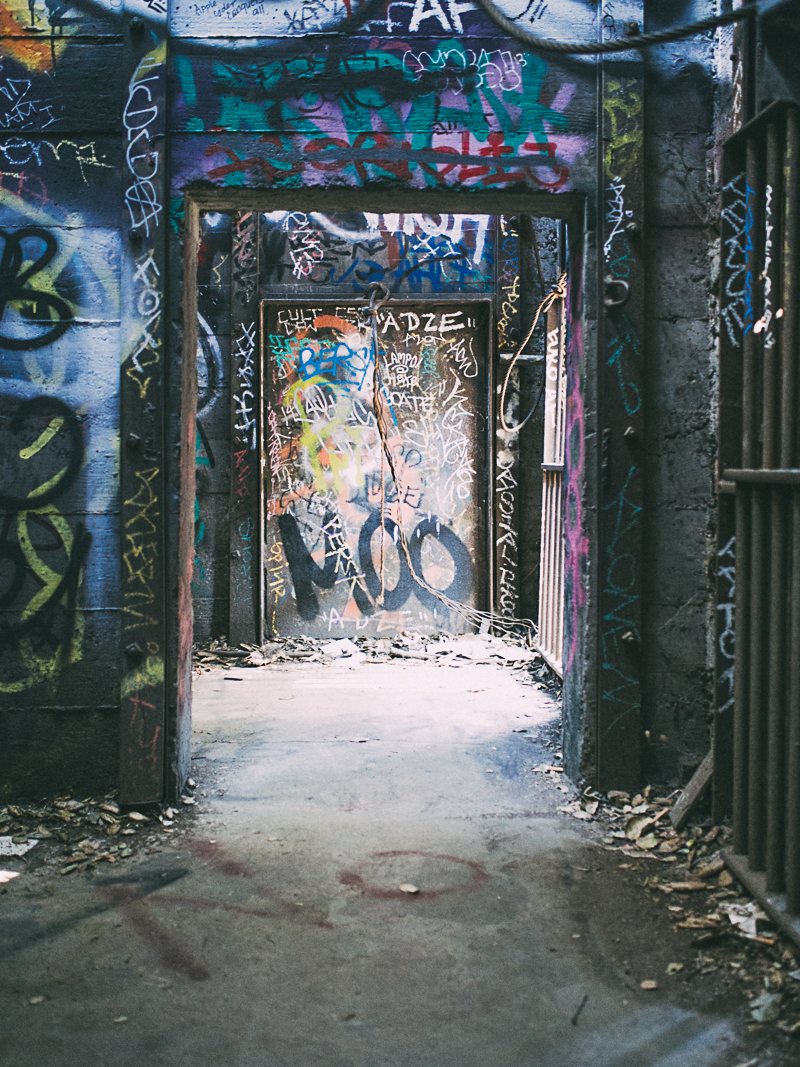 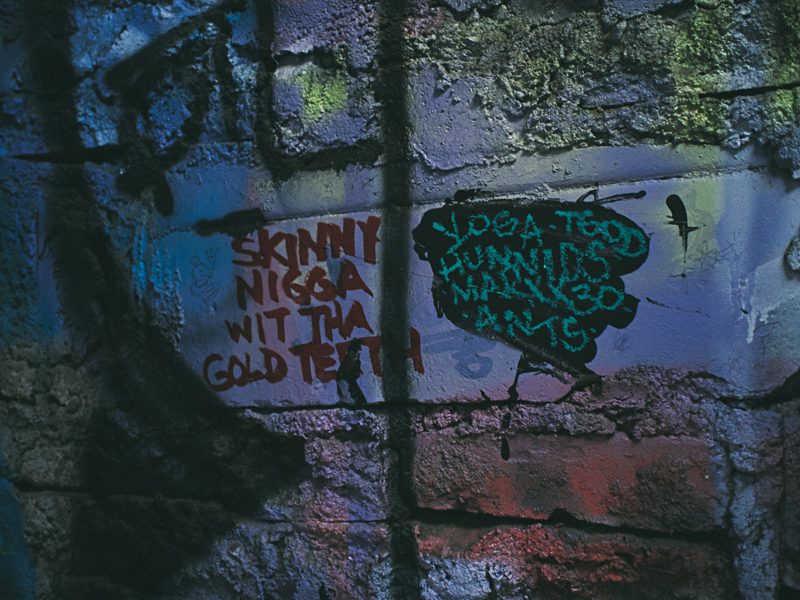 I am pretty sure at some point in my life, my mother told me not to crawl in cages with strangers from the internet. 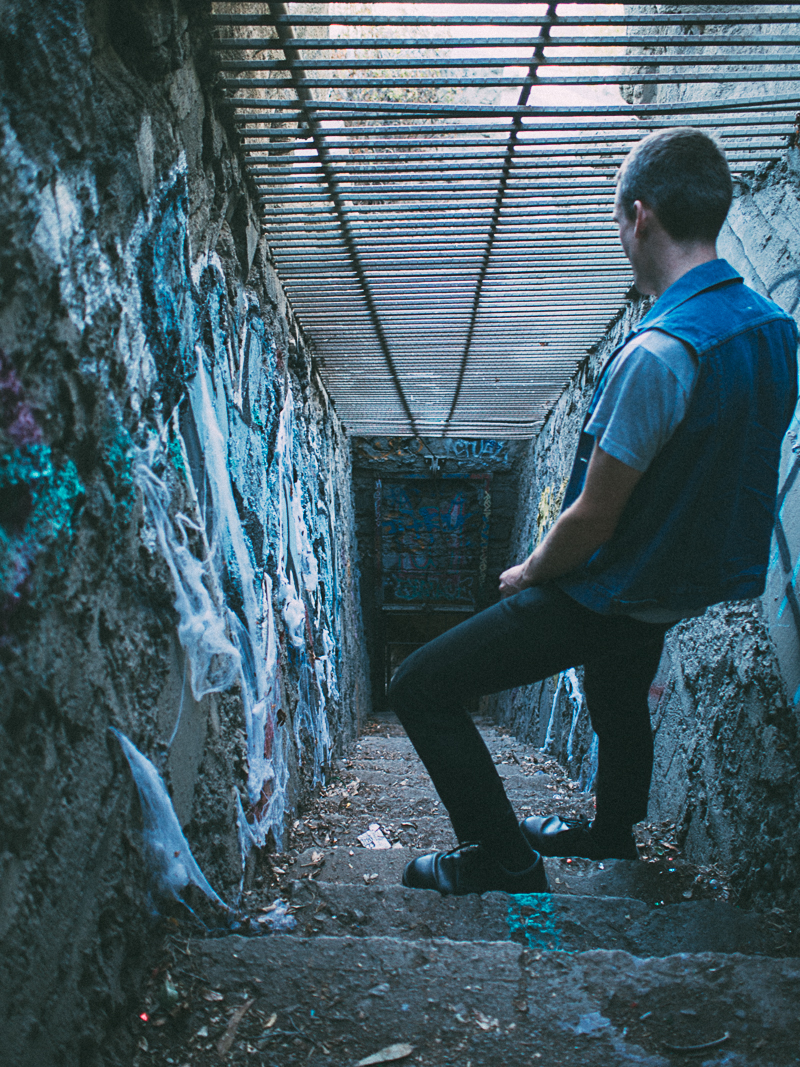 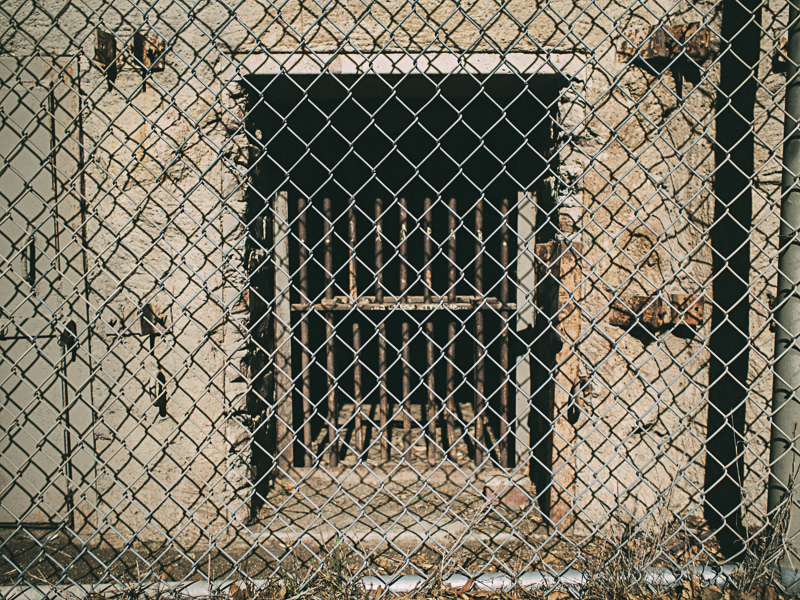 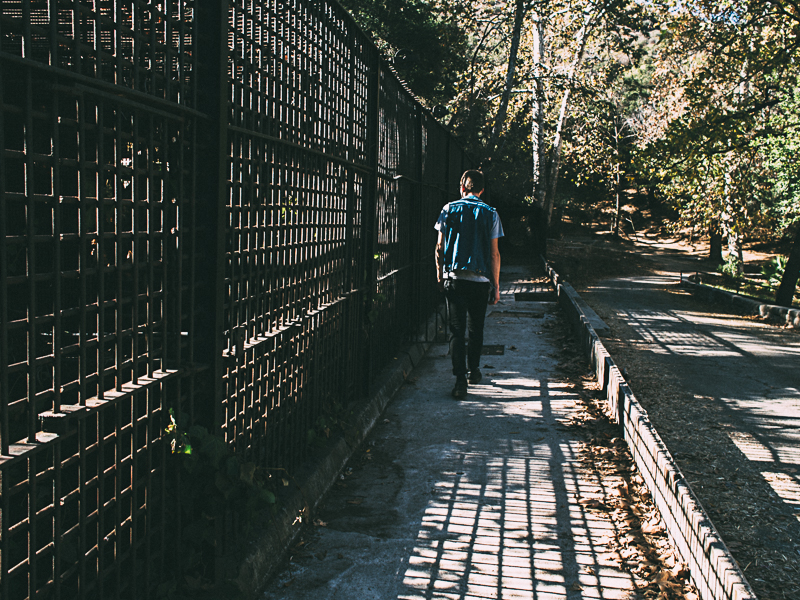 Bye creepy old zoo… Time to get back in the car… 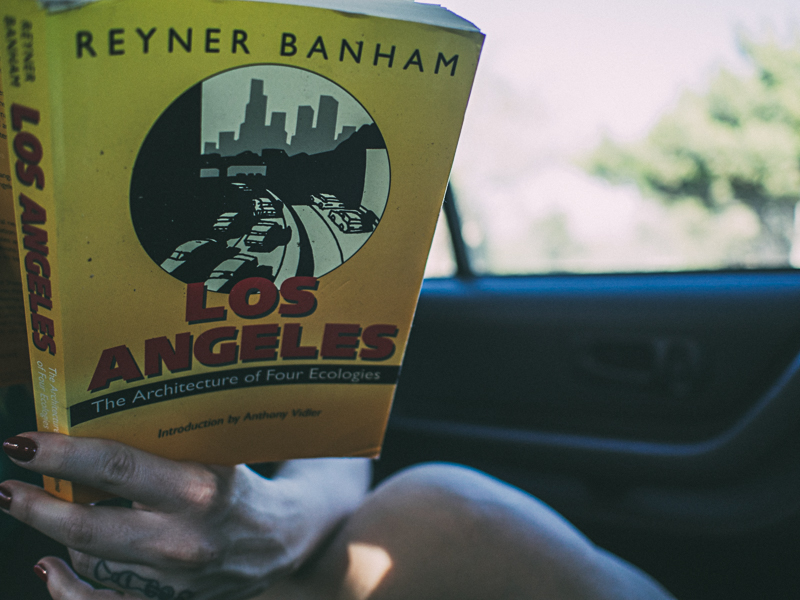 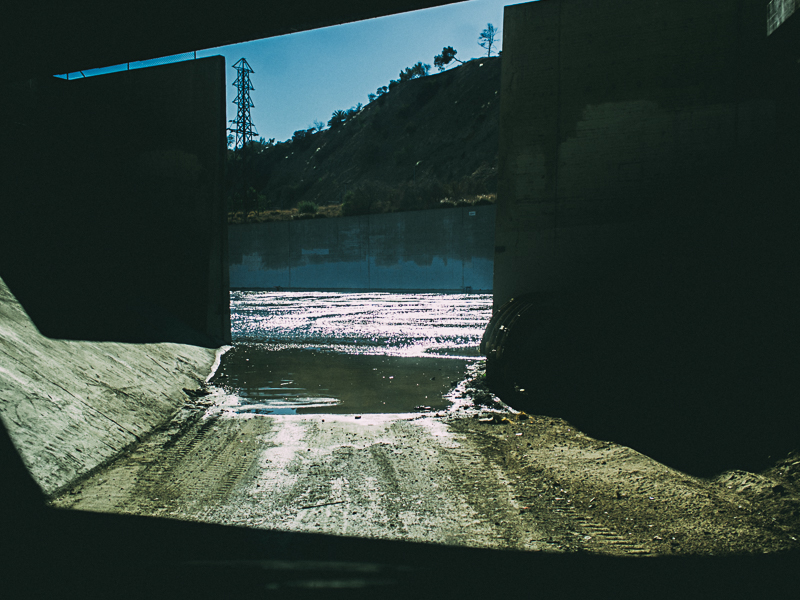 Driving into the LA River 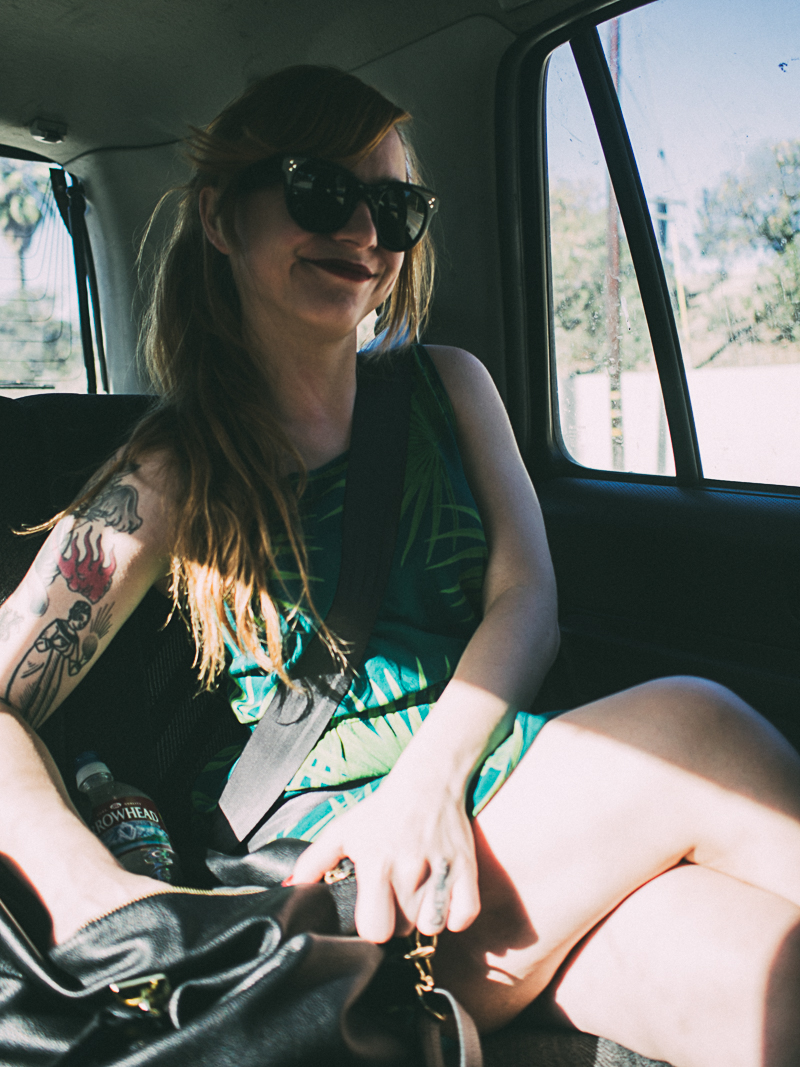 Here Federica demonstrates how exciting driving into a river really is. 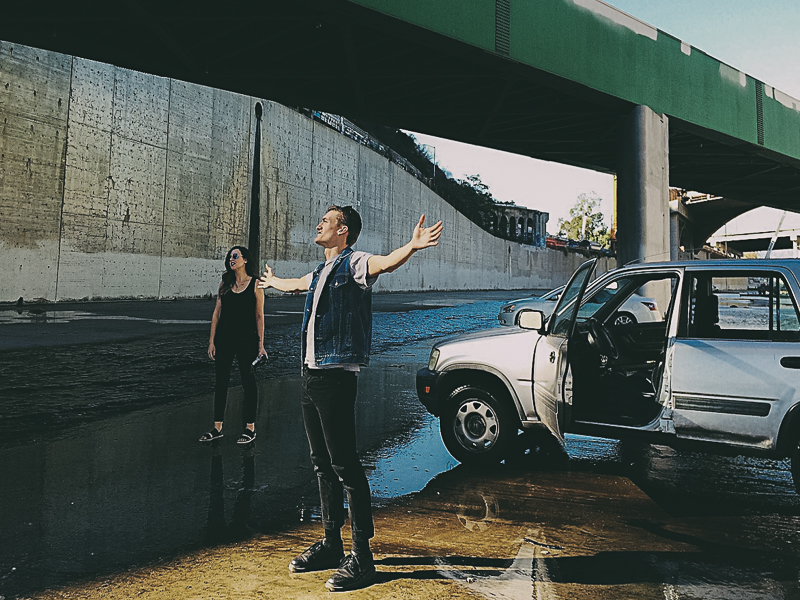 Here Tom preaches the LA River gospel while I do my best impression of Sarah Connor. 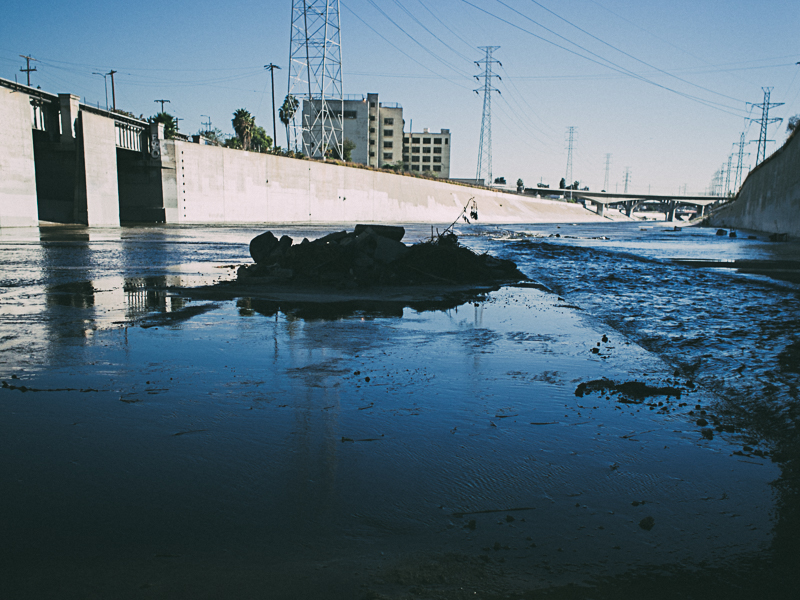 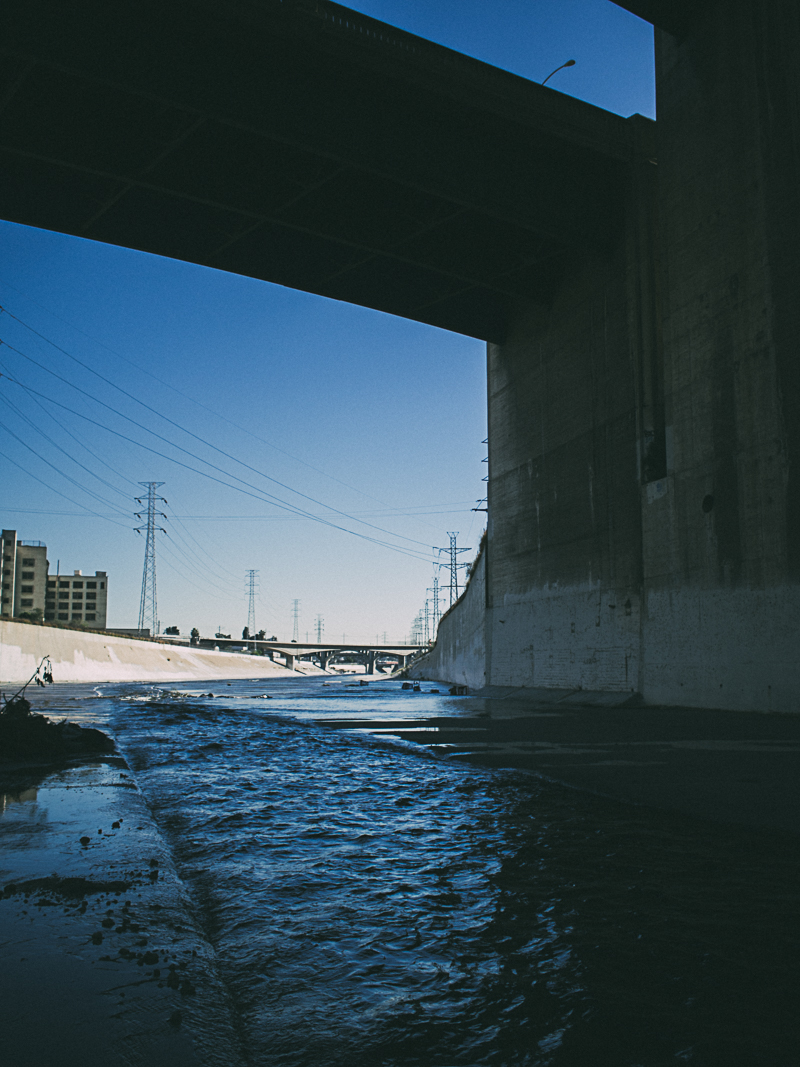 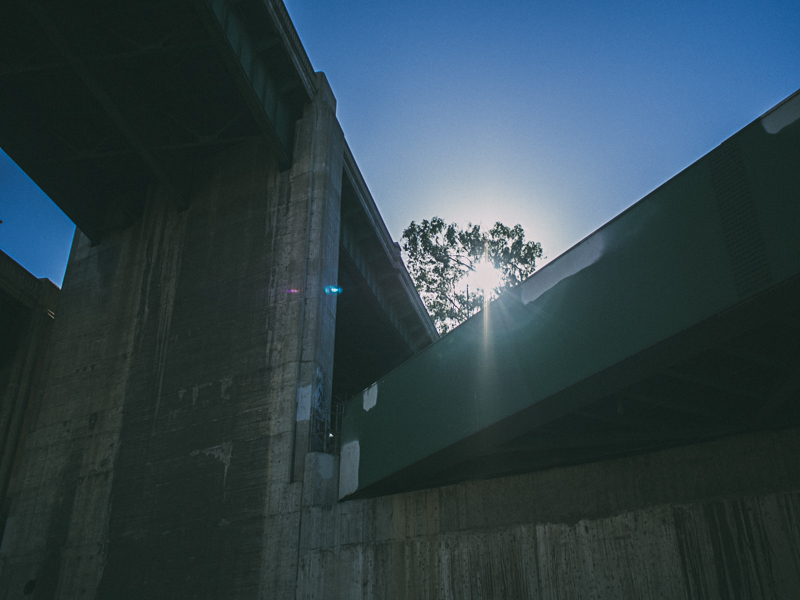