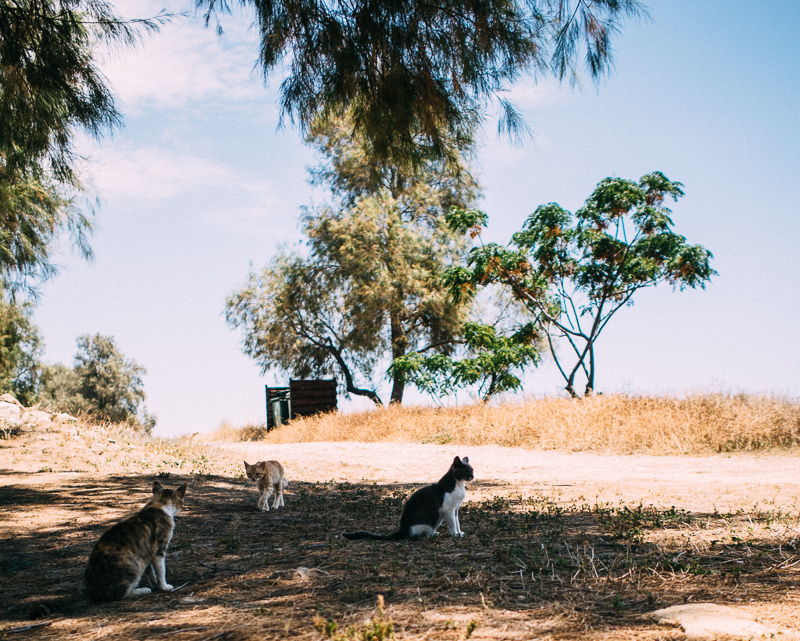 I just got back from a short trip to Cyprus where I was in cat Heaven for a few days. The stray cat population there is huge, all mainly Cyprus cats. Historically they were said to be descendants of cats from Egypt and Palestine, brought to the island by Helena of Constantinople to hunt down snakes and vermin. The oldest recorded pet cat supposedly lived in Cyprus – this was discovered by archeologists who found a cat skeleton next to its owner’s in a grave. The cat’s remains predate Egyptian depictions of cats by over 4000 years. I had a few interesting encounters with Cypriot cats in various places. Some of them more affectionate than others, all incredibly friendly. I stopped to chat with a few, find out more about each of them below. I will soon post more details of my trip, keep an eye out…
If you want to help the cats and dogs population of Cyprus, please have a look at the work done at the Argos Sanctuary. 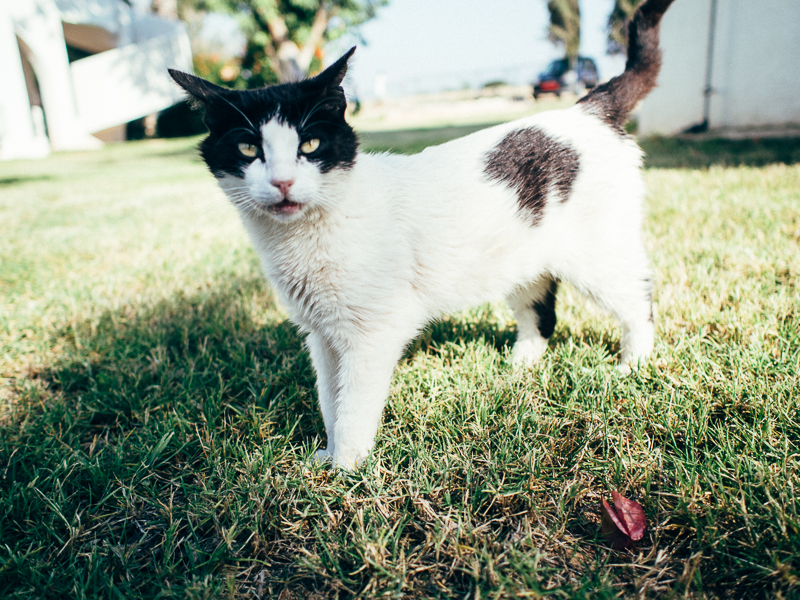 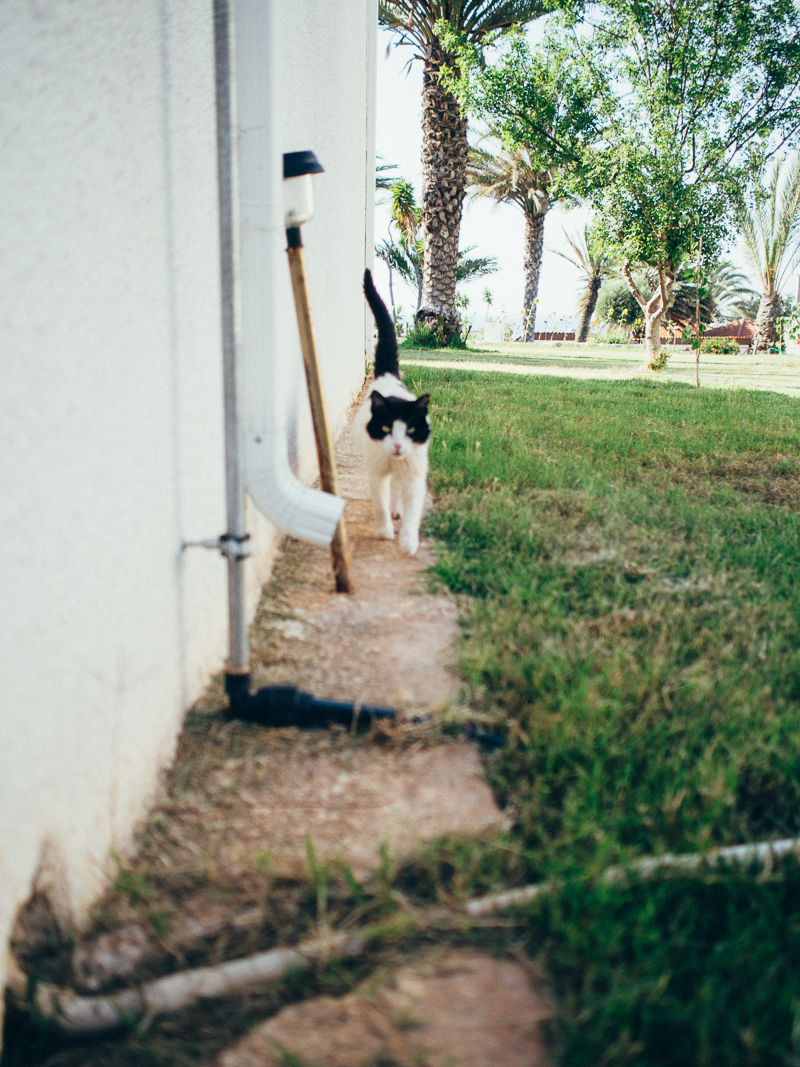 Nap interrupted: we met at Zening Resort as I was walking back to my room from a dip in the pool. I stopped to say hello and take a few photos and the cat followed me to my room. He stayed in front of the door for a while, calling out. 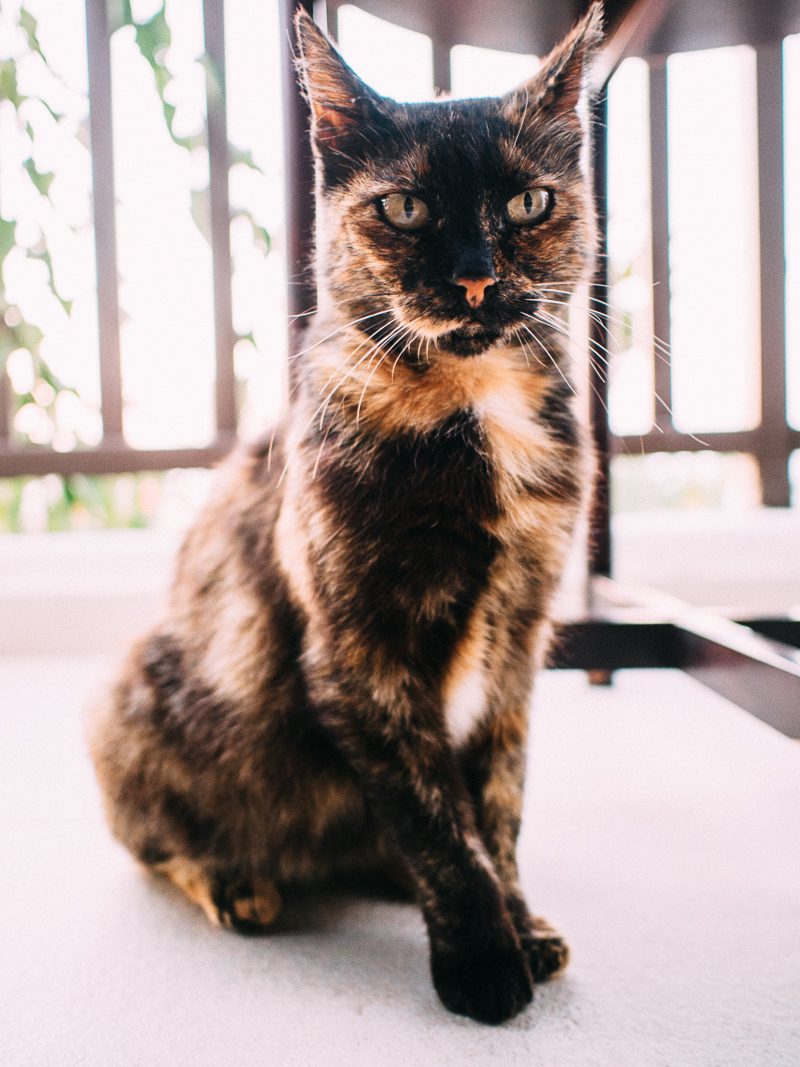 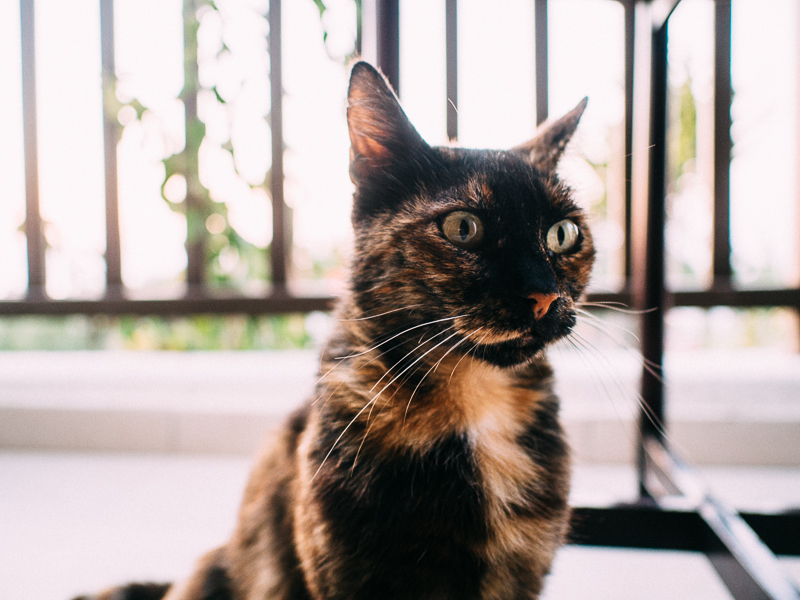 Romeo & Juliet: I saw him from my balcony and said “Hi” (I always have to say hi to all the animals). A minute later, he was climbing up a tree and squeezing through the bars of my balcony meowing for cuddles. He followed me inside, I offered him some cheese which he didn’t want. He just carried on meowing for cuddles. We sat on the balcony for a while, him purring and me staring, sad not to be able to stroke him (the fleas, people). 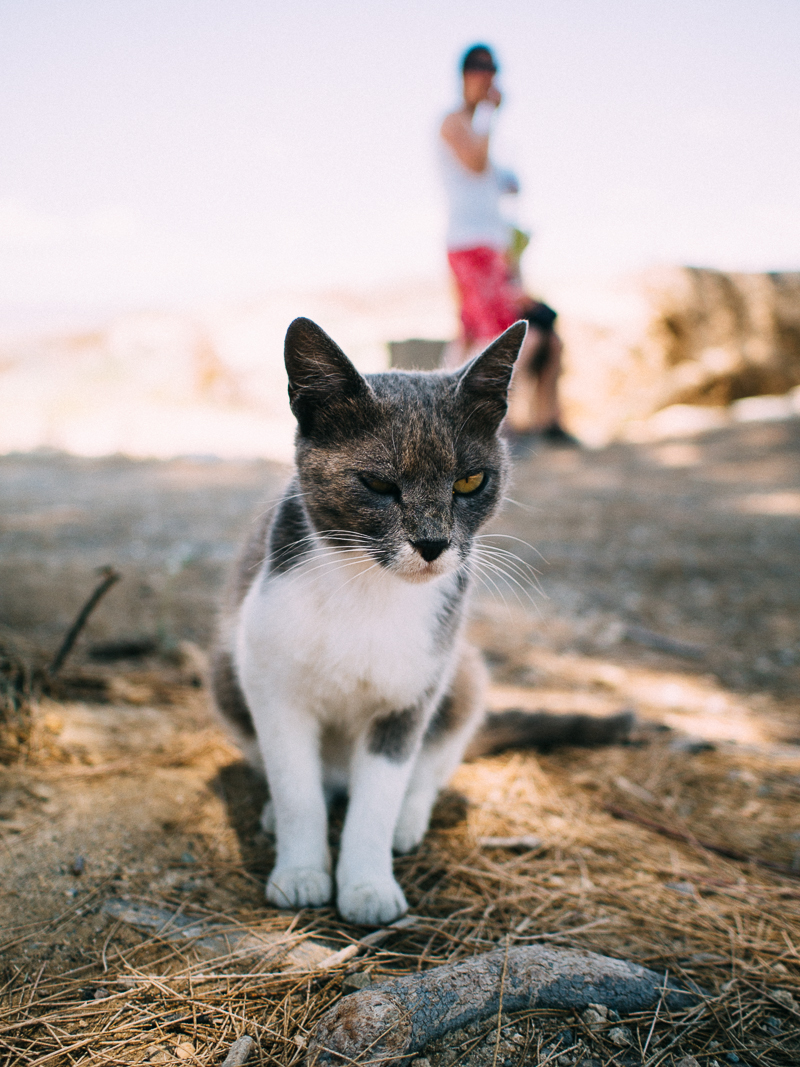 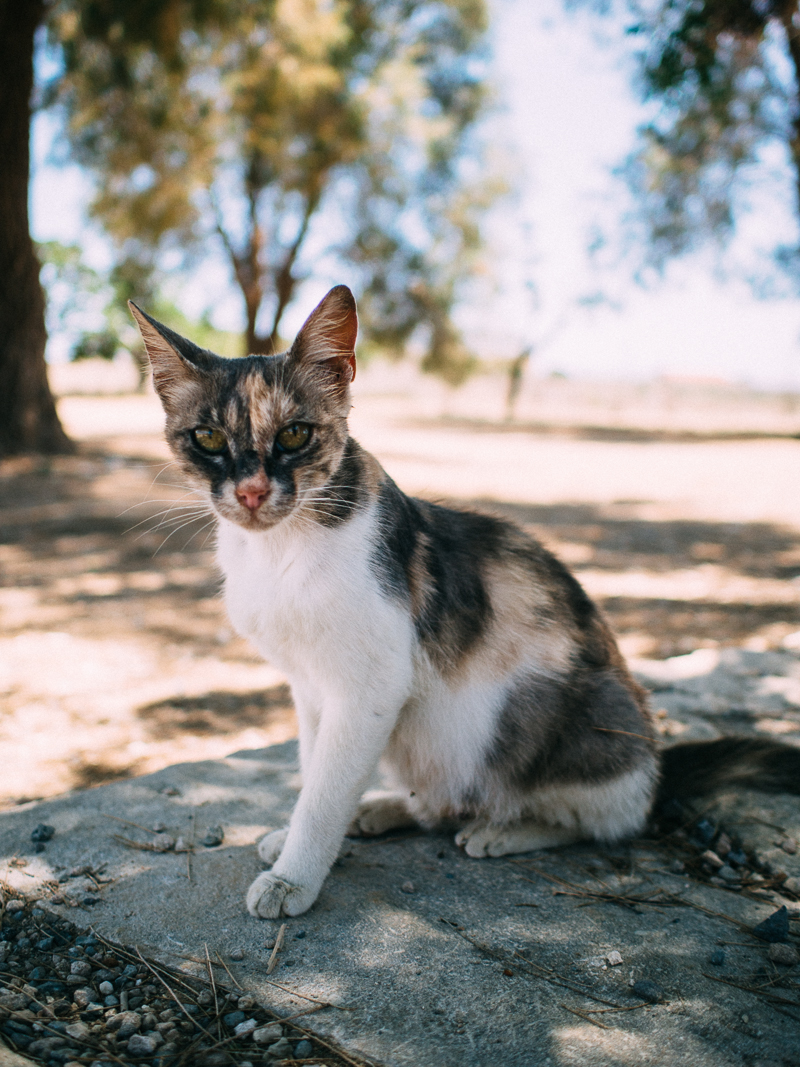 Brothers & sisters: they greeted our group as we arrived at Paphos archaeological site. Totally unafraid of tourists they were putting on a great show in the ruins. 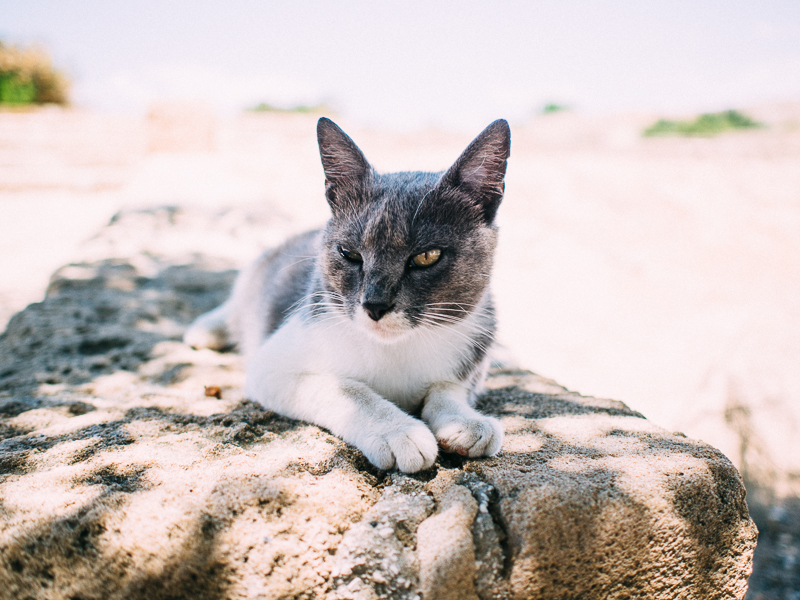 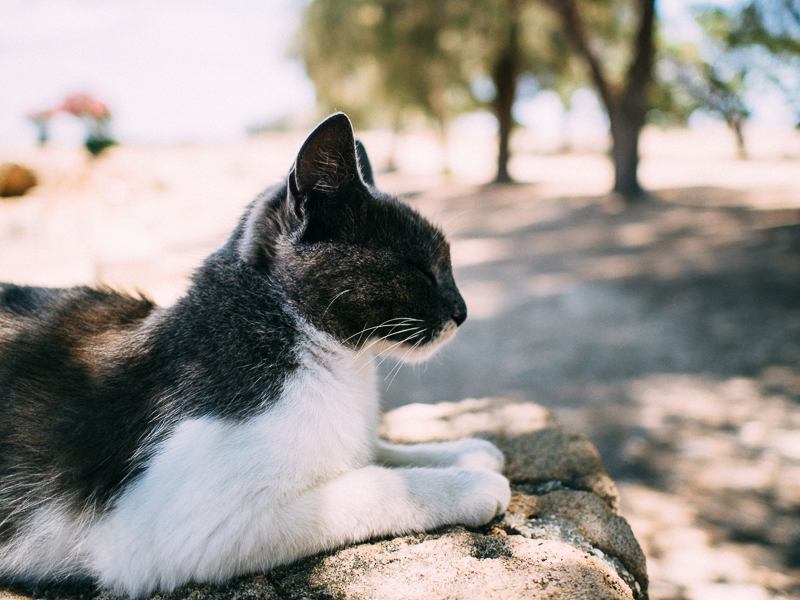 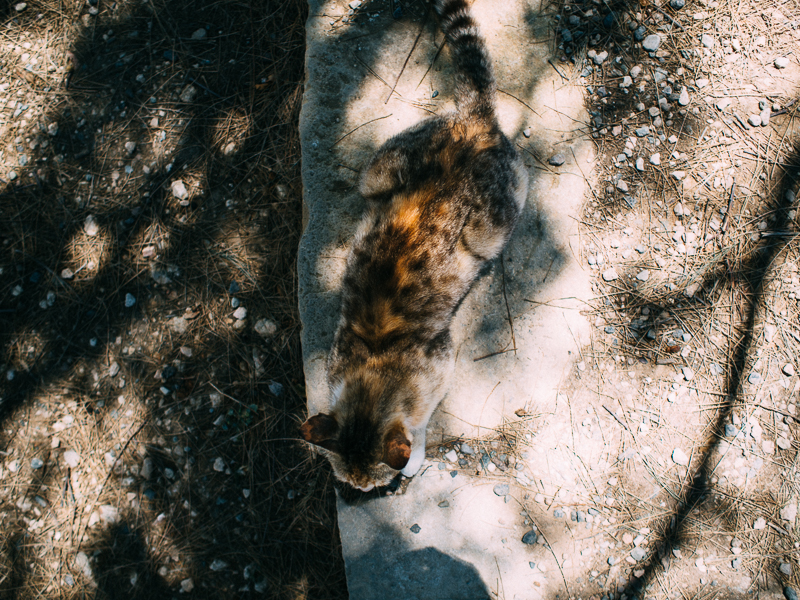 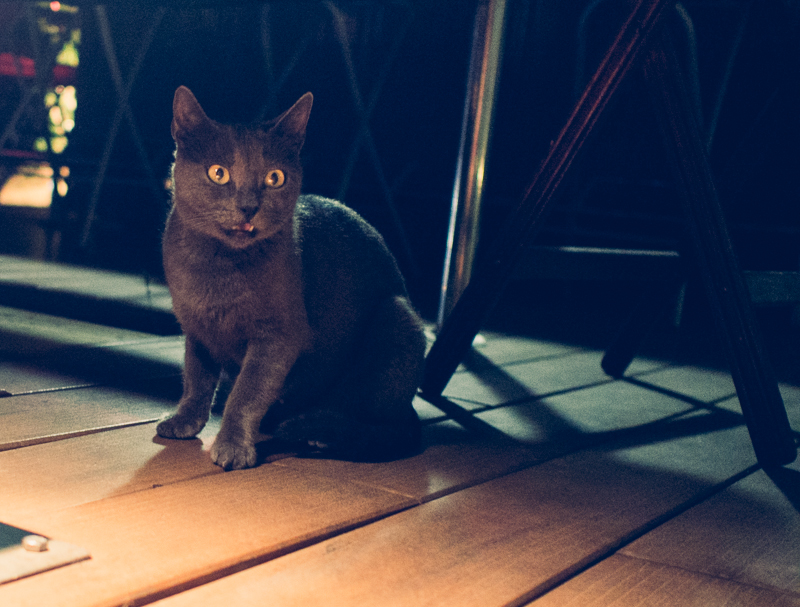 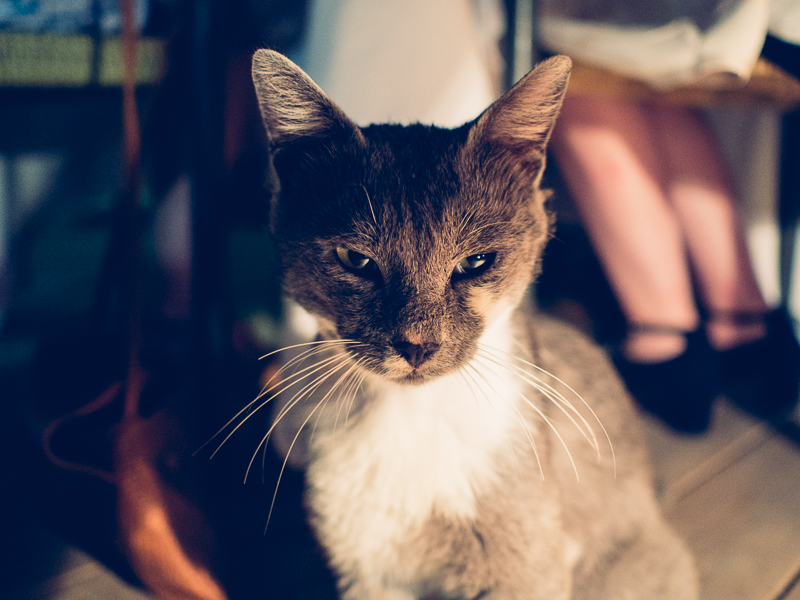 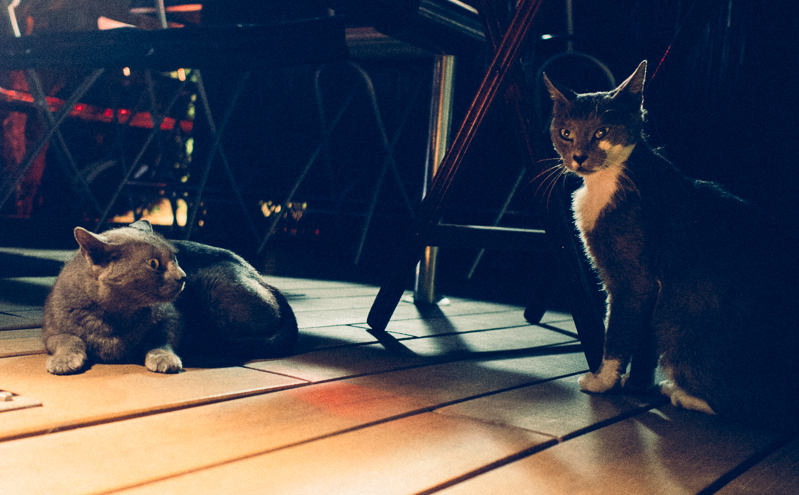 Dinner and a show: these two visited us during dinner in Limassol. I don’t think they were in great terms, but they sort of co-existed by the table enjoying every bit of salmon that fell on the floor.
Mademoiselle Robot was a guest of Cyprus Tourism Organisation