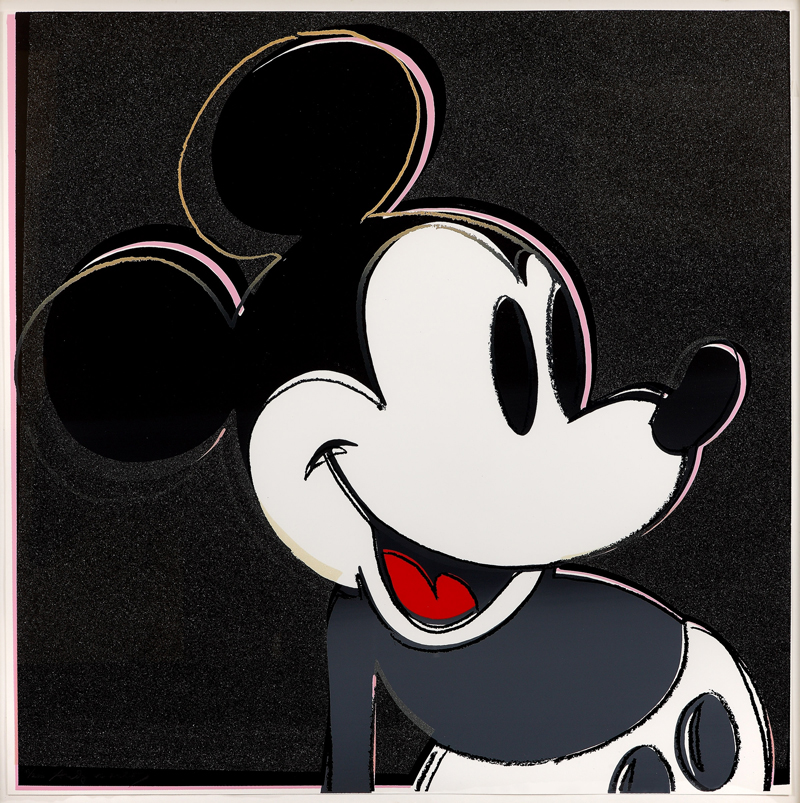 What came first, the chicken or the egg? Occasionally the references and inspirations seen in different designers collections can be traced to recent cultural events – popular films, artists’ retrospectives, current affairs etc. The effect of this is a repetition or echoing of themes, colours and silhouettes on runways all over the world. Take for example the recent glut of orange camouflage print – seen from Givenchy, DSquared2 and Valentino.

At LCM two particular designers showed bizarrely similar collections whose inspirations were all too obvious. Both Katie Eary and Bobby Abley looked to Disney to draw inspiration for AW14. Where Abley reappropriated the iconic Disney font, Eary went the whole hog and had Mickey Mouse heads on her models. Both designers were trying to pull off quite a simple trick – one of juxtaposition. For Abley the Disney font was used for slogans that Walt would never have approved of, “Brains” “R.I.P.” and “Dream On”. If that wasn’t enough the point was sledgehammered home with Mickey Mouse ears (the kind you can buy in the Disney Store). For extra shock value the models mouths were propped open with what looked like medical equipment (Hussein Chalayan did something similar way back in 1996 you know). It’s all very shocking isnt it?? (no).

Cut to Katie Eary, here Disney was juxtaposed with punk! You know, punk, the one time genuinely shocking cultural movement that used fashion, amongst other cultural proponents, to create an anti-establishment sub culture. It’s been over 35 years since its inception and still  Dame Westwood’s ideas continue to be wheeled out with yawn inducing regularity. The problem with punk is that’s its been defanged, and without the socio-political fire behind it, it’s just a tired old fashion trend that’s been abused to the point where its original power has been all but forgotten. To throw in references to Disney seems strange considering that McClaren and Westwood did just that in 1979 with Jamie Reid’s “Who Killed Bambi?” designs. Sometimes people say “nothing in fashion is new” and really that’s another quasi-philosophical, chicken and egg statement but it’s reductive at best. It’s 2014, we have access to techniques and art that were unimaginable a few years ago. In a post-structuralist sense I love mapping the framework in which art always exists but there is no joy in seeing old and juvenile ideas rehashed time and time again.

I could list literally hundreds of examples of designers ranging from high-end to high-street who have used Disney characters and logos in a desperate bid to seem naughty/shocking/inappropriate but you’ll probably already be familiar with that, and that’s the problem. It’s pretty hard to shock people nowadays, perhaps instead of trying to shock, designers should try creating something less referential, less derivative and more modern.