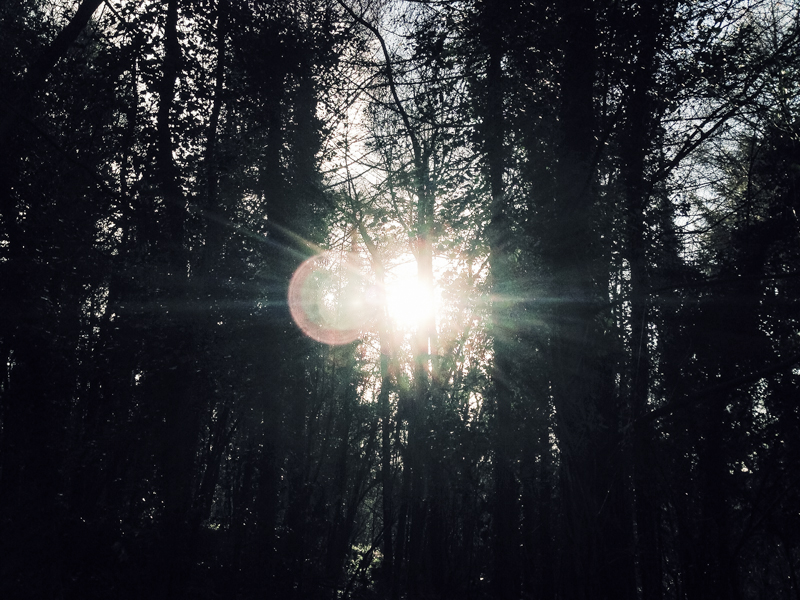 Bit of a funny story today: back in September, we decided to book a little break between Christmas and NYE – something not too far and relaxing. A few friends had recommended spending time in a cabin in the Forest of Dean and so we booked ours. Obviously, being a horror obsessed fan girl and as someone who’s been working their way through an entire library of true crime books, I made countless jokes about Cabin in the Woods, Blair Witch, various Rob Zombie numbers and any book containing a serial killer whose M.O. is house invasion. So funny, right?
Unfortunately, all those jokes are only funny while safely nestled in my London pad. When we arrived to our actual cabin in the woods my very own horror scenario was basically writing itself: Justin had a fever, it was pitch black and the house was filled with spiders (zombie apocalypse?). Being children of the big city, our “equipment” consisted of our Hunter boots and some torches (from the pound shop, because we love to gamble with our lives like that). Somewhere in between my very own remakes of Arachnophobia and The Blair Witch Project, I managed to rustle up some dinner and send some dramatic Facebook updates about our situation (heroic). Then I sat in bed all night, eyes wide open, listening for possible signs of psycho killers and / or spiders crawling in my mouth. By that point, I was pretty much writing my Oscar speech, the soundtrack of my movie kindly provided free of rights by the owls (Twin Peaks, OMG BOB! OMG THE OWLS ARE NOT WHAT THEY SEEM).
The next day, things were looking up. First of all, it was light outside (and the views of the forest were pretty nice too), then Justin was feeling better and came back with food for breakfast – man be hunting, how cliché. Sadly, it didn’t last long as I discovered a Blair Witch type hut right in front of our balcony while outside inspecting the hot tub (cue various scenarios in which the protagonist gets boiled to death after being trapped inside said hot tub). Turns out these weird witchy huts were everywhere around the forest, as part of some strange survival experience. My survival experience consisted mainly in finding the nearest Waitrose and wandering the house armed with Dove soap packaging, trying to get rid of our newly acquired pet spiders (why can’t they be cats?).
We went for a walk in the woods which earned us a nice collection of soggy boggy doggies encounters, mud splatters and splurgy squelchy sounds with every footstep. That was strangely pleasant. After that, it got better and so my screenplay started falling apart – how was I supposed to write something terrifying when I wasn’t even running outside the cabin in my underwear to investigate the situation? Instead I was roaming the house searching for wifi and picking the evening film on the pay-per-view system. This doesn’t quite fit in my horror scenario, does it?
We left Monday morning during a crazy rain storm, looked for petrol only to find an abandoned garage and then, in the pouring rain with an empty tank, the camera in my head started rolling again. And this, people, is how I choose to relax.

Before you ask, yes – this replaces the ubiquitous “Best of 2013” posts. Happy New Year! xx 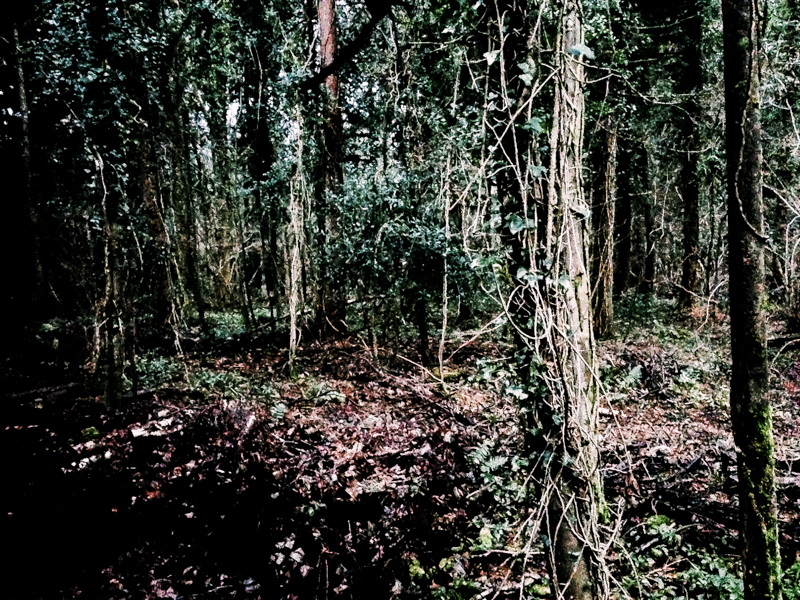 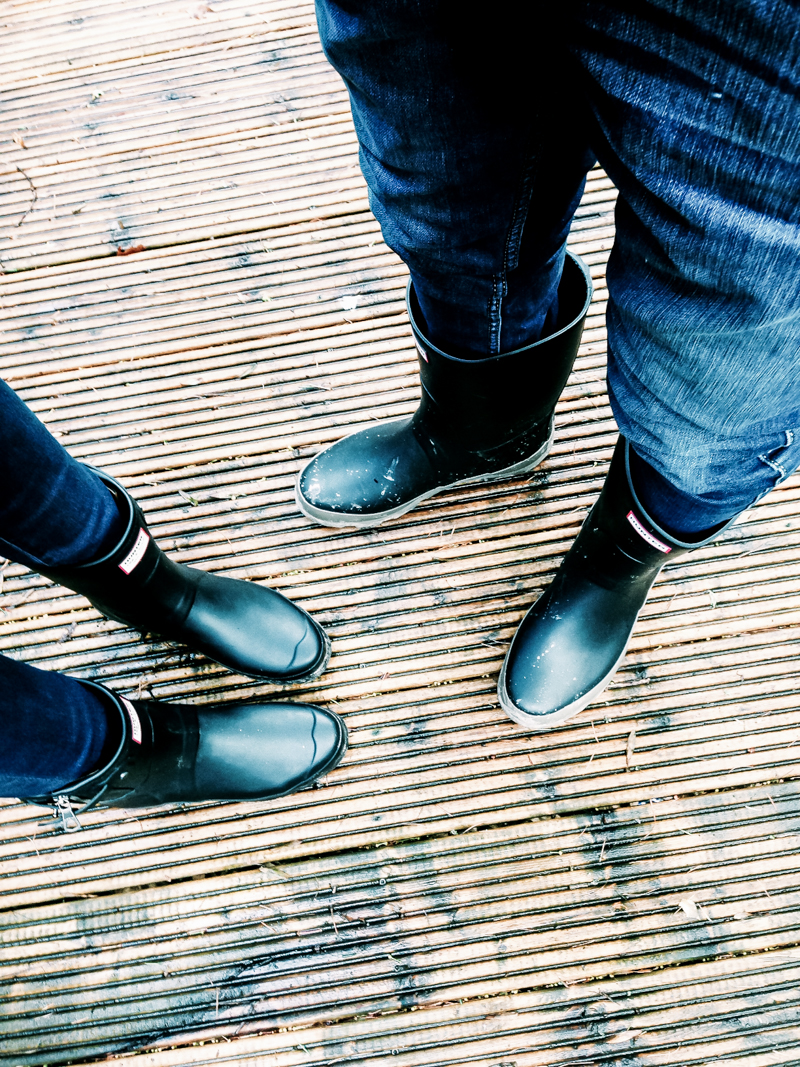 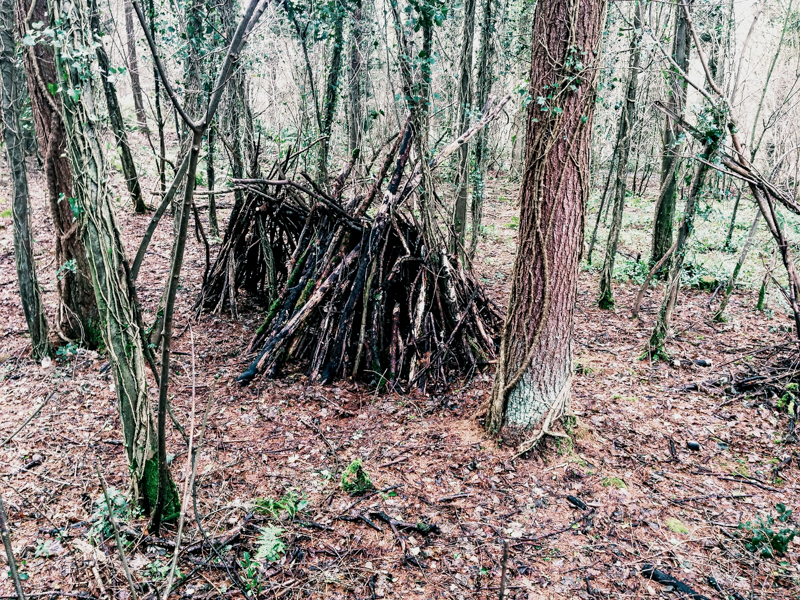 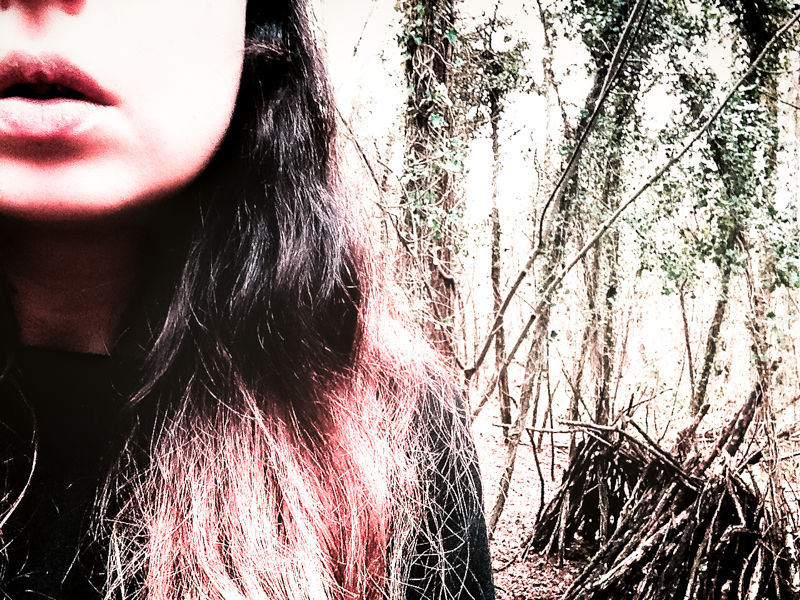 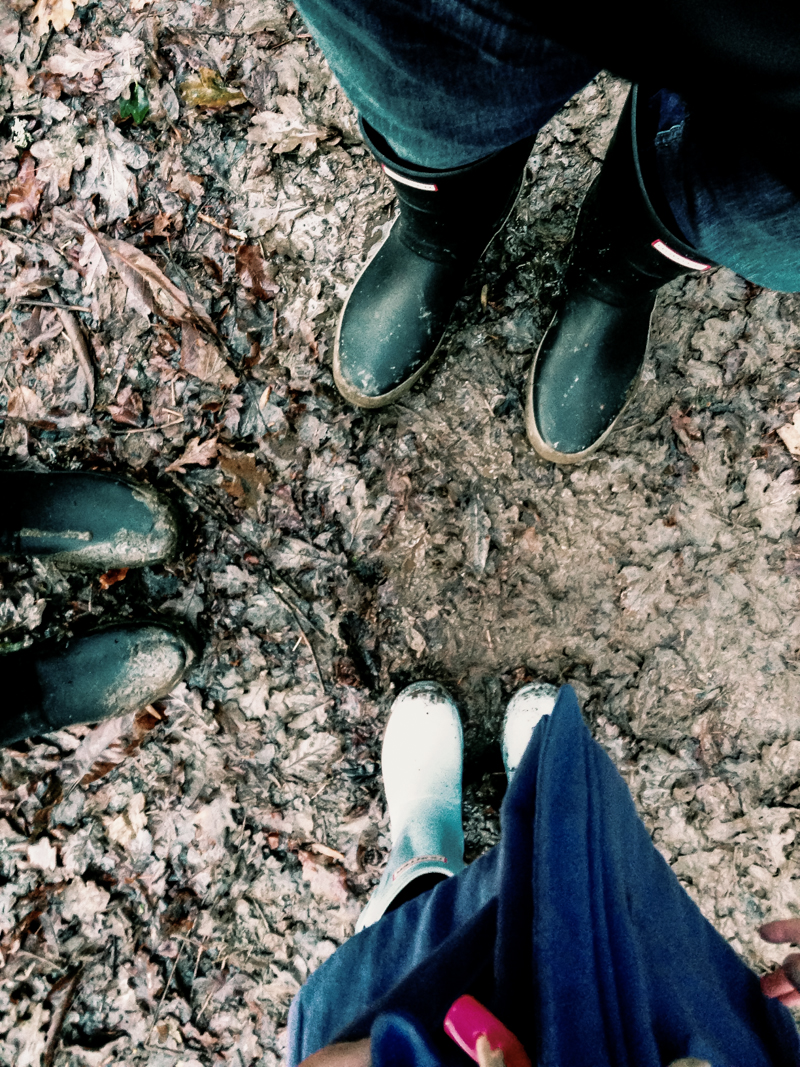 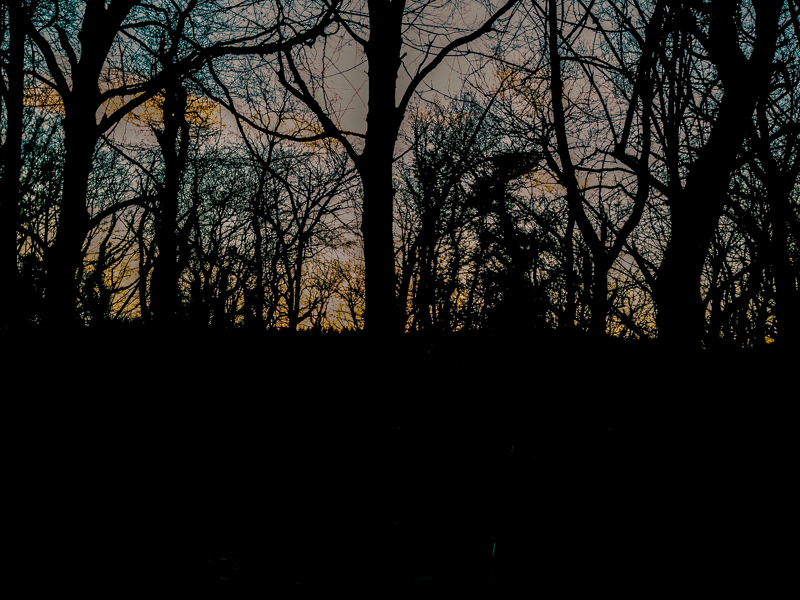 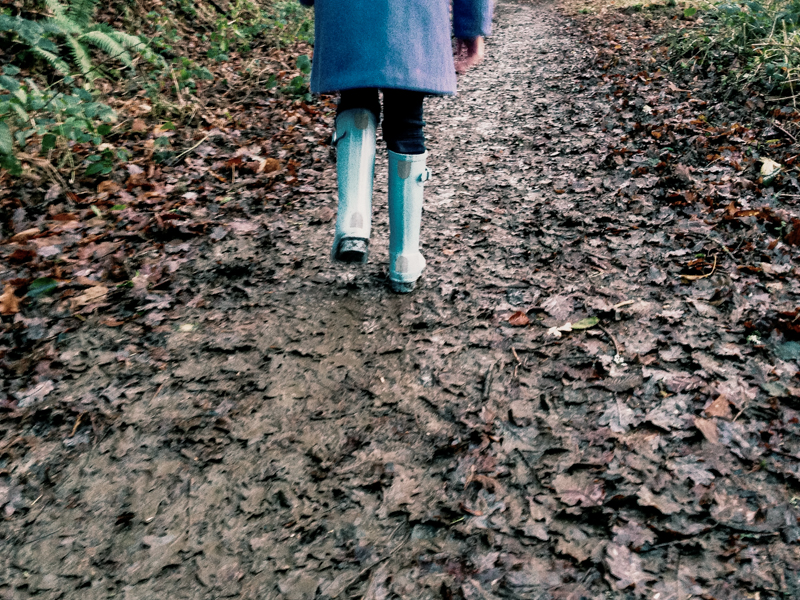 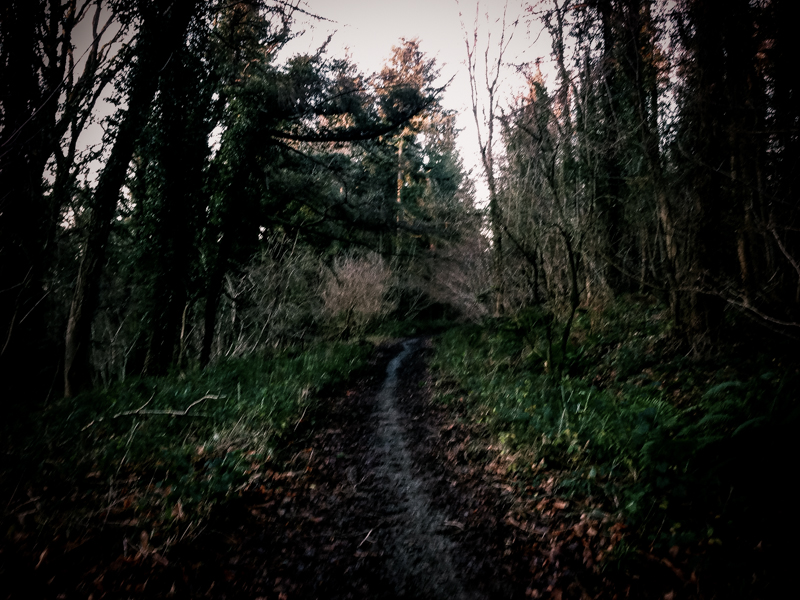 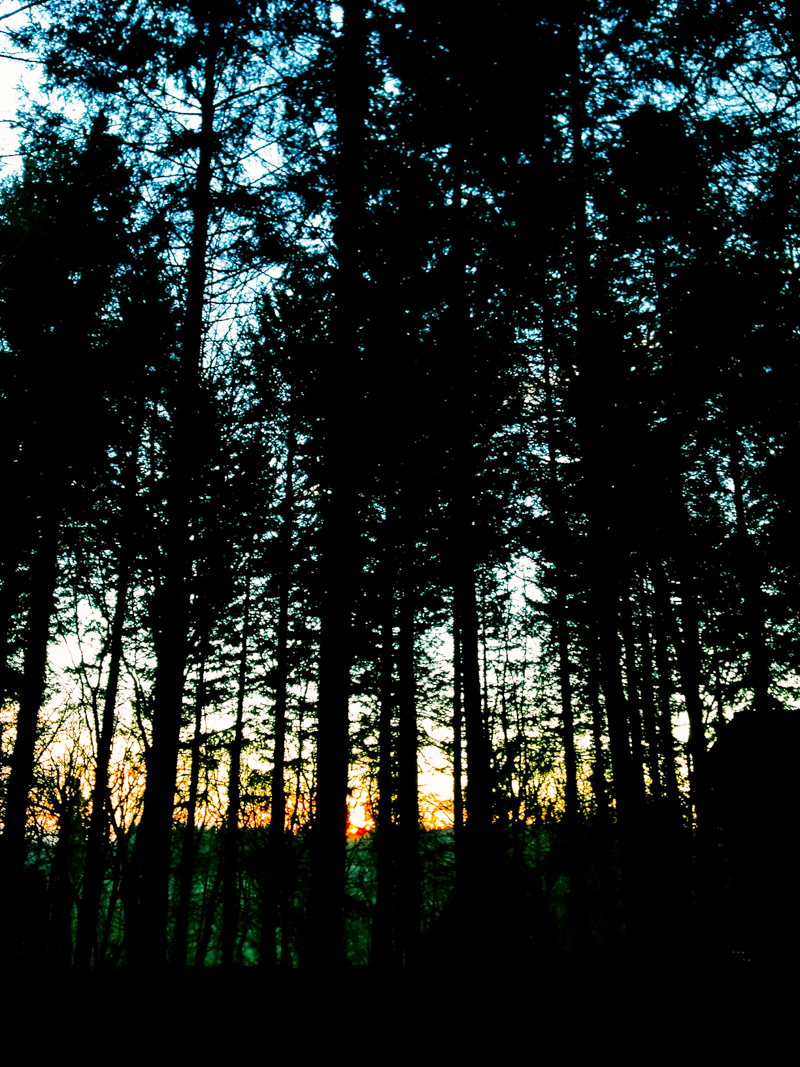