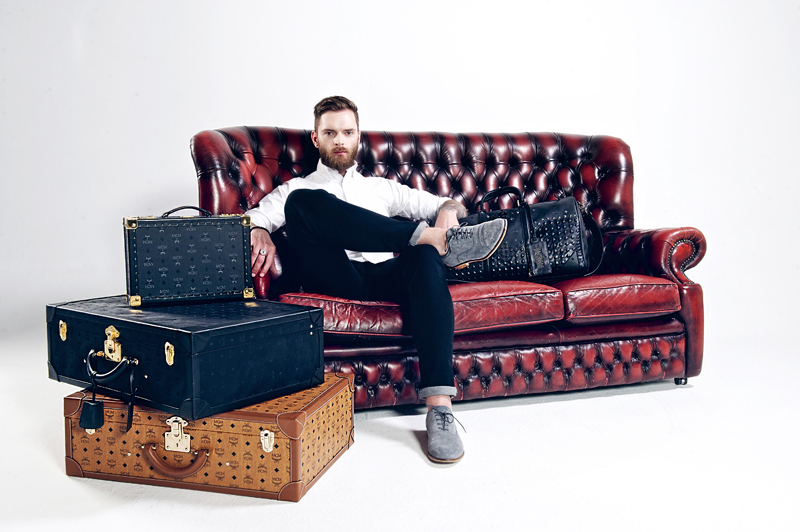 I was pretty excited to be asked to take part in MCM‘s latest blogger shoot. For some reason they usually favour female bloggers for these kind of projects which is a shame because they make some extraordinary bags for men. To say it was a fun shoot would be a massive understatement – locked in a studio with hundreds of thousands of pounds worth of designer luggage is my idea of heaven. In terms of styling it was a tricky one, MCM bags tend to steal the show and when I use mine in real life I like to dress down and let the bag do the talking; but that would never do for a photoshoot. The first look is about as close to formal as I ever get. I wanted something vaguely monochromatic because the M Moment weekender bag doesn’t really want to be upstaged… 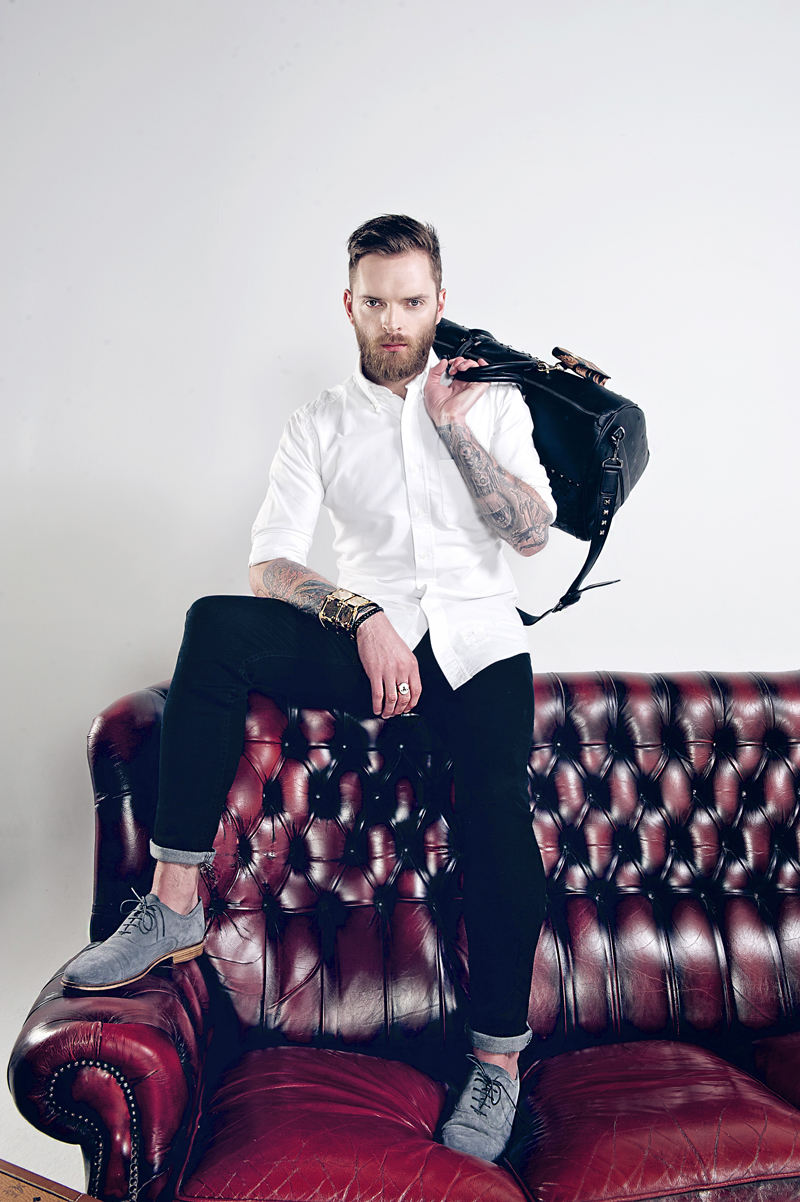 Next up I decided to bring some Bet Lynch realness to the shoot. I’m not a big fan of animal prints generally but I have fallen in love with this jacket. MCM is about maximalism so it seemed fitting to go for a ‘more is more’ kind of aesthetic.
I am wearing: Jacket – YMC, T-Shirt – Jil Sander, Jeans – Indigo & Maine @Urban Outfitters, Shoes – Vans, MCM M Moment Backpack & Phenomenon bracelet (shop the look below) 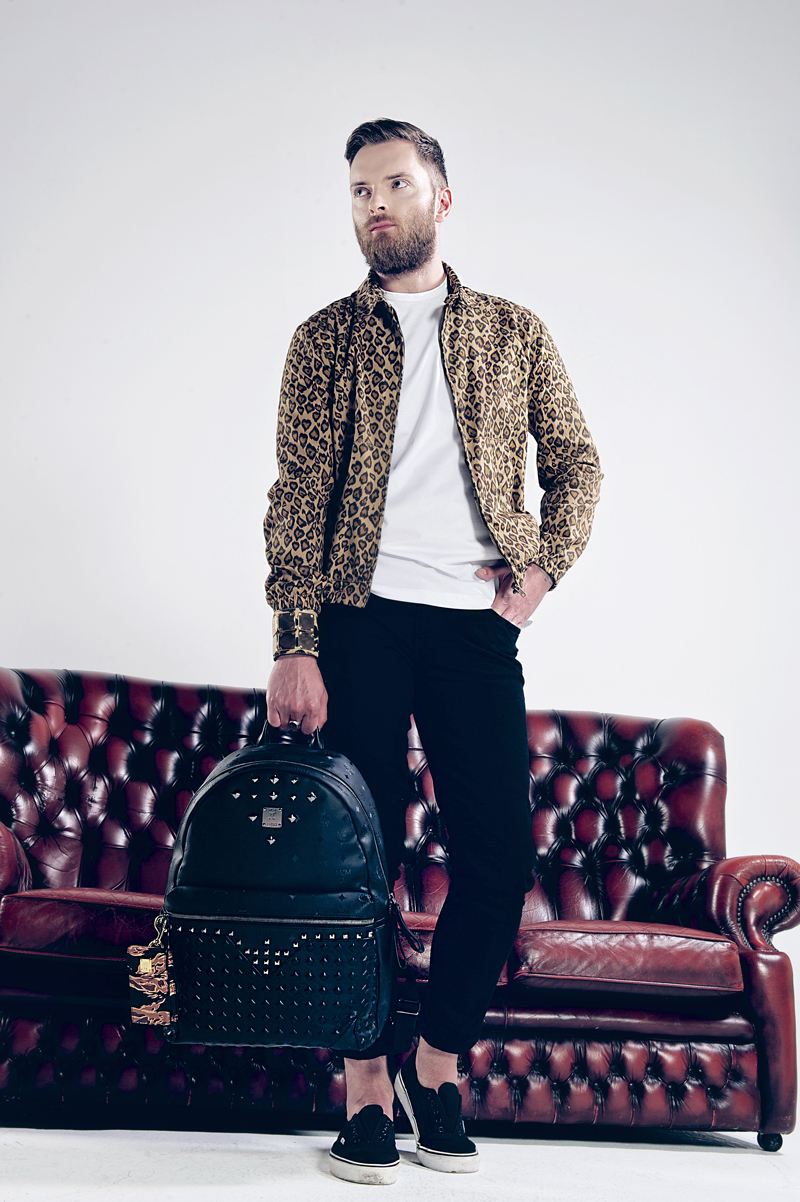 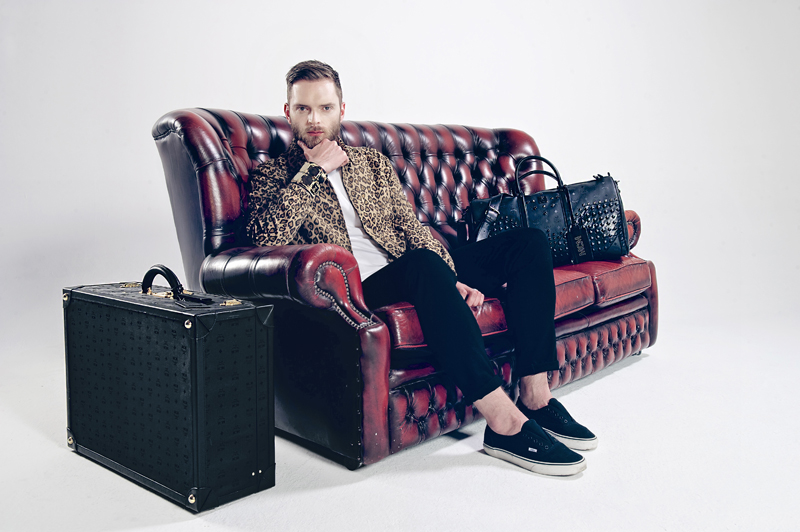 These last shots were really meant as a joke. There was plenty of pink luggage at the shoot and I couldn’t help but pose with the laptop bag as a clutch so we decided to do one last look. Seeing the pics now I actualIy love them. I probably wouldn’t use quite this much pink luggage in real life but I love the clash between my leopard print chinos and the MCM logo print 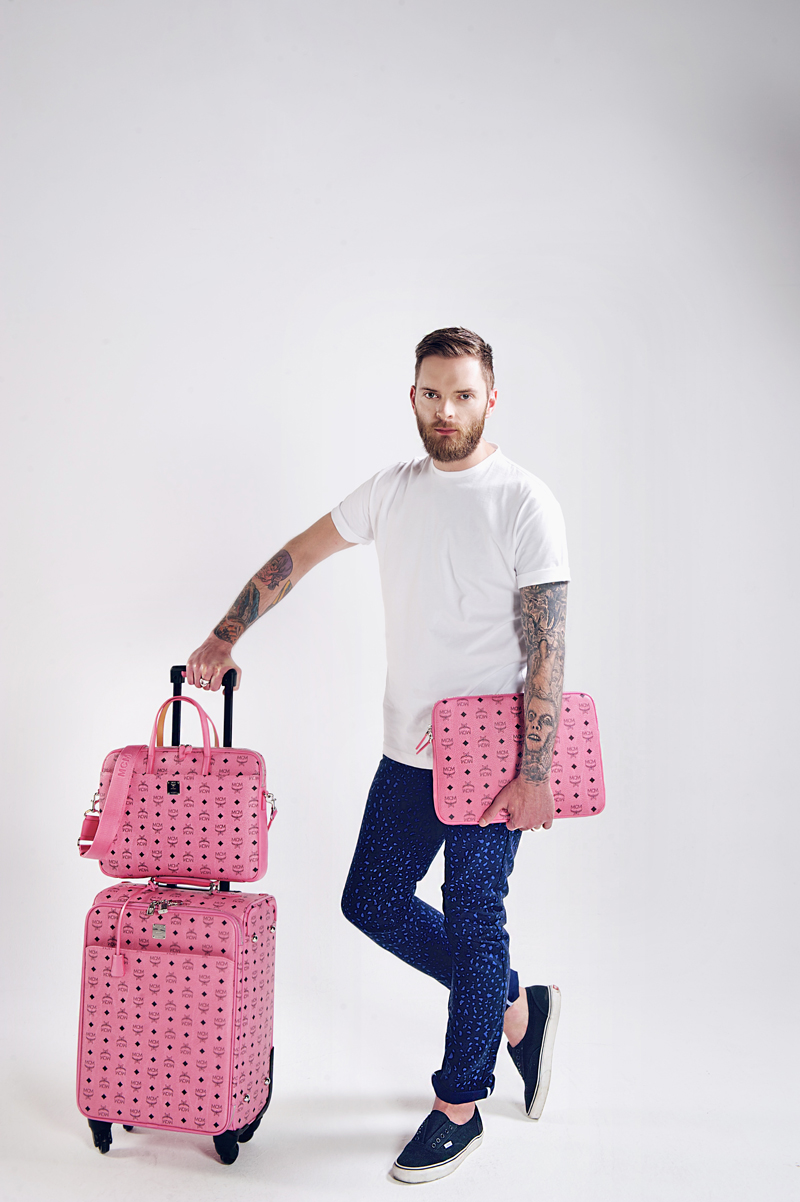 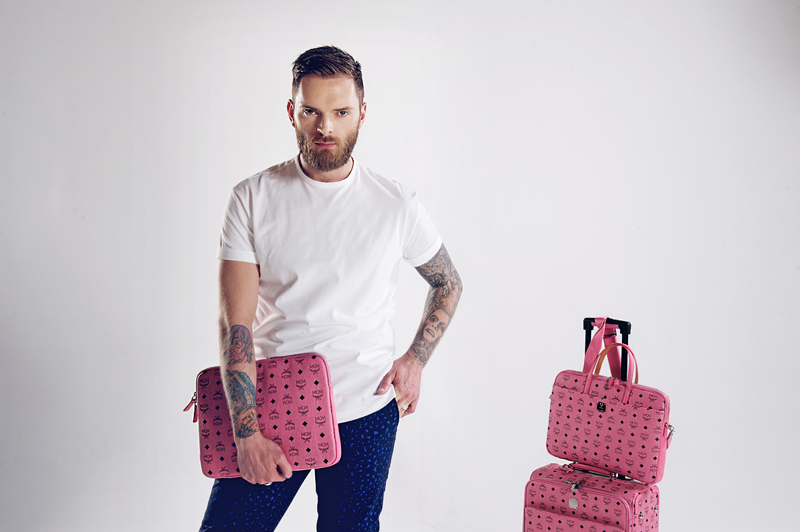