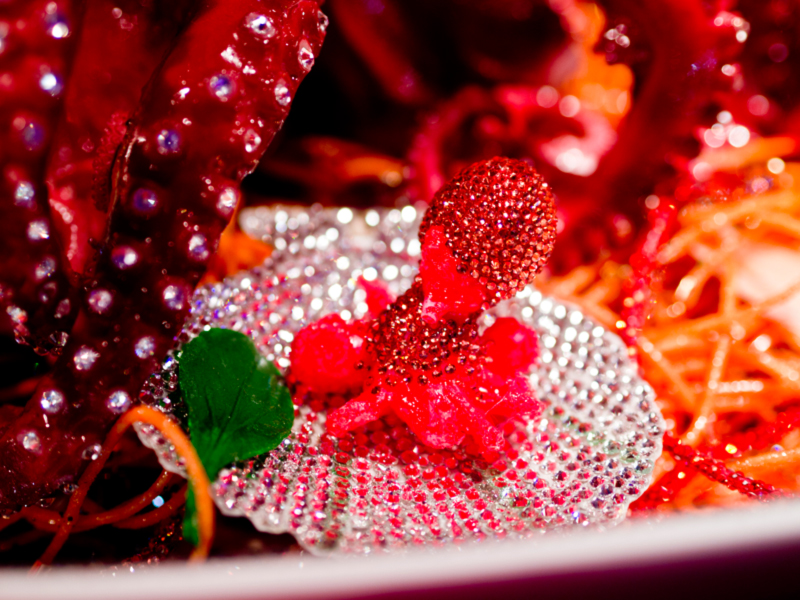 I am still suffering from terrible withdrawal symptoms from my hotel bed, breakfast in said bed and various other Italian delights but I want to show you some of the bits that were the reason for my presence in Italy in the first place. As I told you, I was invited by Swarovski Elements to ITS, a yearly emerging talent show founded by Barbara Franchin.
This year marked the second anniversary of the Swarovski Elements prize for young jewellers and the entries were all particularly strong. The work of the ten finalists was exhibited on the first night and on the second night, the winner of €10.000 and a 6 months internship at Swarovski was announced. As you can imagine, I spent 24 hours trying to figure out who would win. Conjectures after conjectures, trying to figure out who had made the best use of the Elements, who had the most interesting concept, the best technique, the line with the most commercial potential… In the end, I gave up and decided on who my favourite was and simply rooted for her with all my heart. After all, there was a great jury to decide on a winner, so I could leave the headaches to them!
Here are the photos I took during the vernissage and a little blurb about the pieces. I am only featuring my favourite bits.
Traduction – Mes pièces préférées parmi le finalistes de ITS Jewellery. Le grand prix a été remporté par Xiao Zi Yang pour sa collection Joinery in Jewels. Une belle collection qui n’était pas mon choix, mais méritait de gagner.

Anabela Chan – Le Jardin Du Paradis
Anabela’s collection was inspired by the jewels and gems of nature and the beautiful yet poisonous creatures that inhabit the wilderness. She collects exotic taxidermy birds and studies at the Royal College of Arts in London. 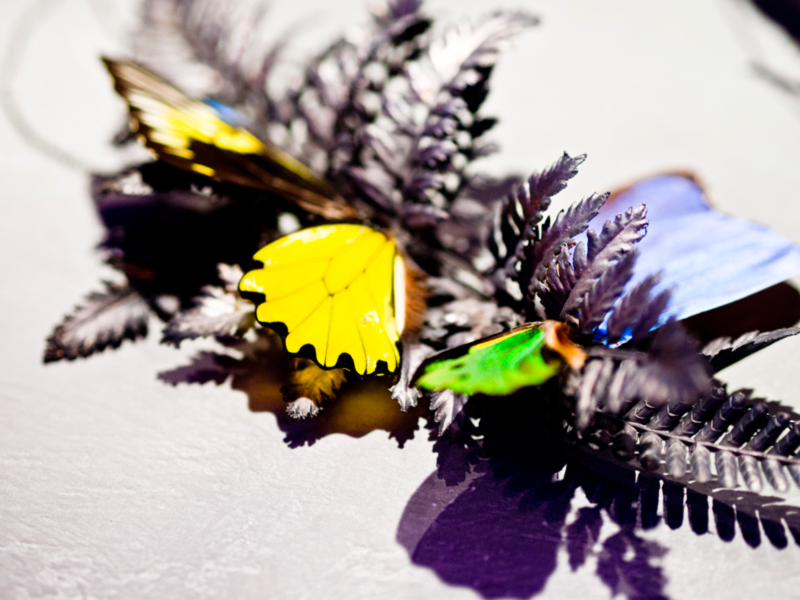 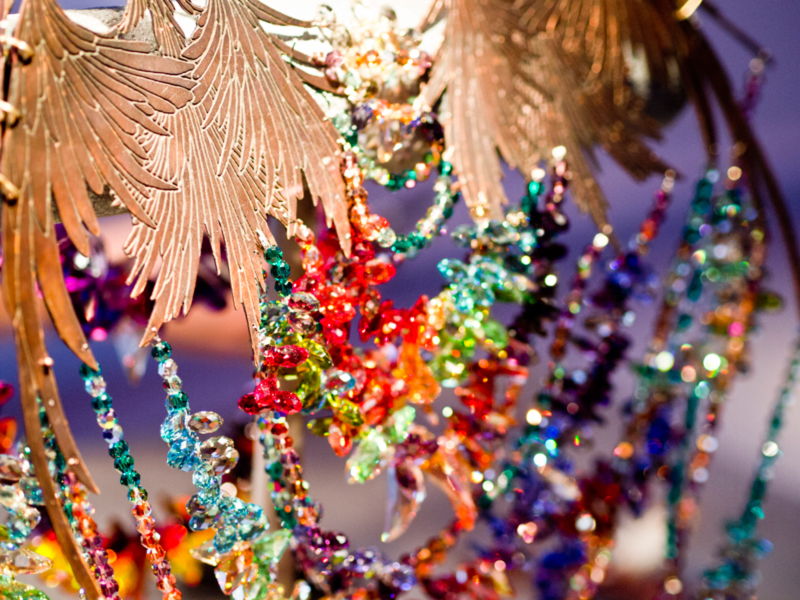 At first Gregory’s creations failed to make an impression, but as I was editing the photos, they started growing on me. His influences lie in the fetish culture and its clean aesthetics and I think part of me wishes he had dug deeper in that direction. 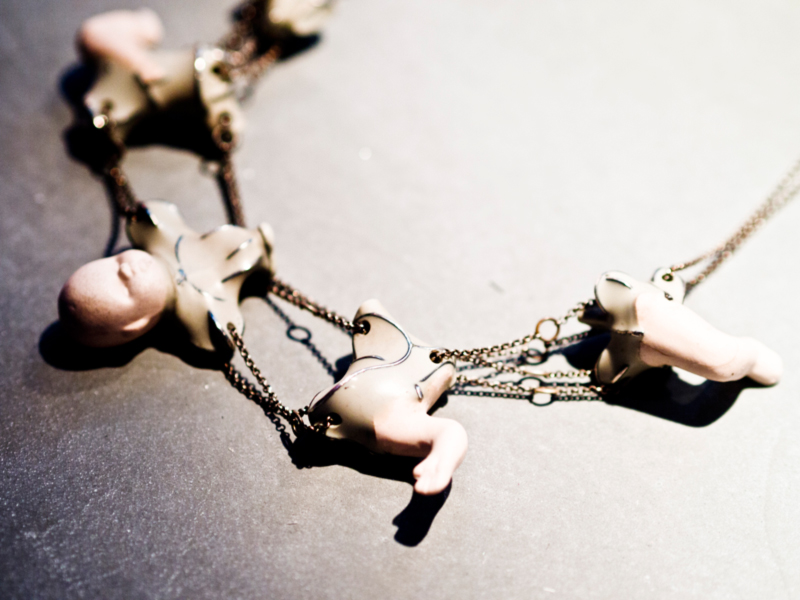 Kasumi Ashizawa – Real Food Fake Food
If you were in Trieste, you would know who my favourite was straight away from the squeals that I let out when I stood in front of Kasumi’s work – or should I say pasta masterpiece. It is quite hard to convey just how amazing her bejewelled plate of spaghetti is with only photos and words so just take my word for it. What I do need to tell you is that each individual object in this giant pasta dish is wearable. Lobster brooch anyone? 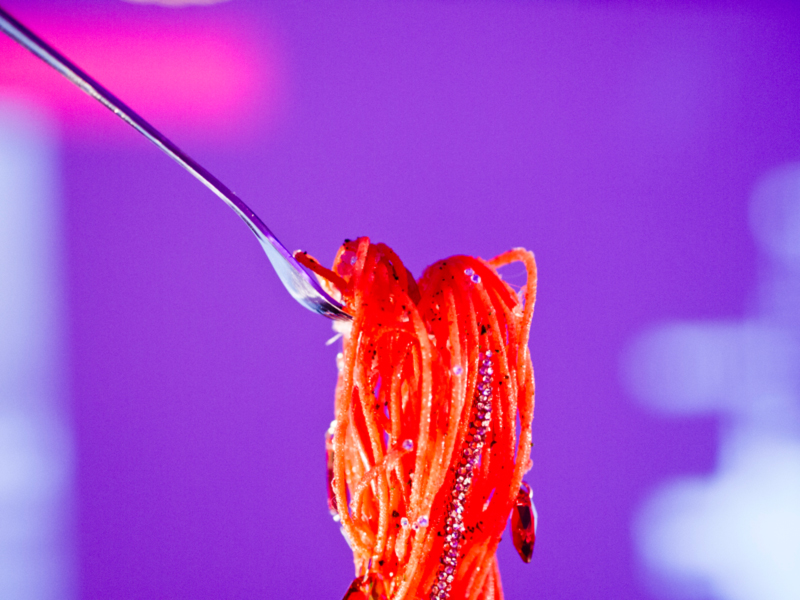 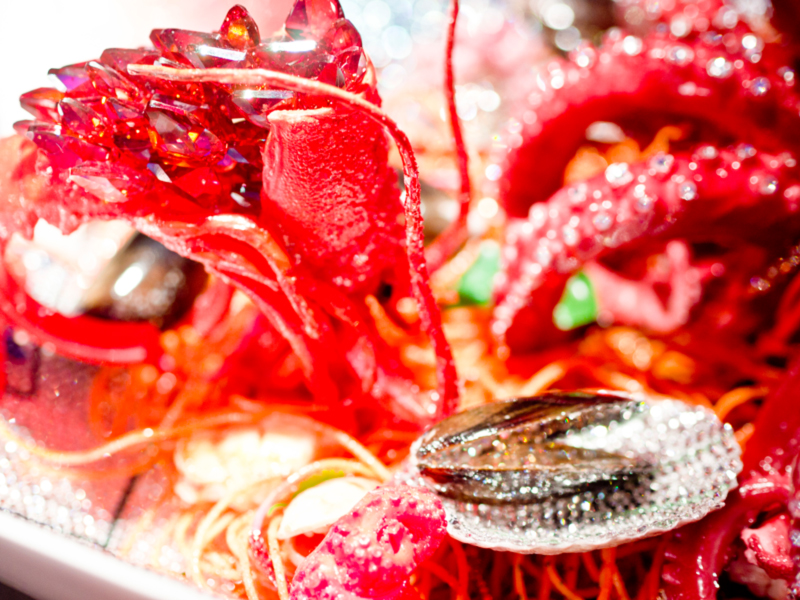 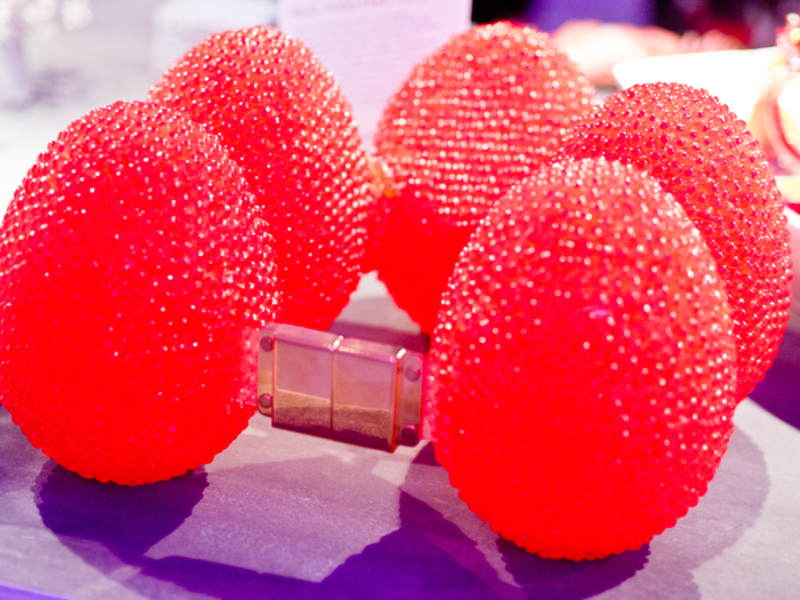 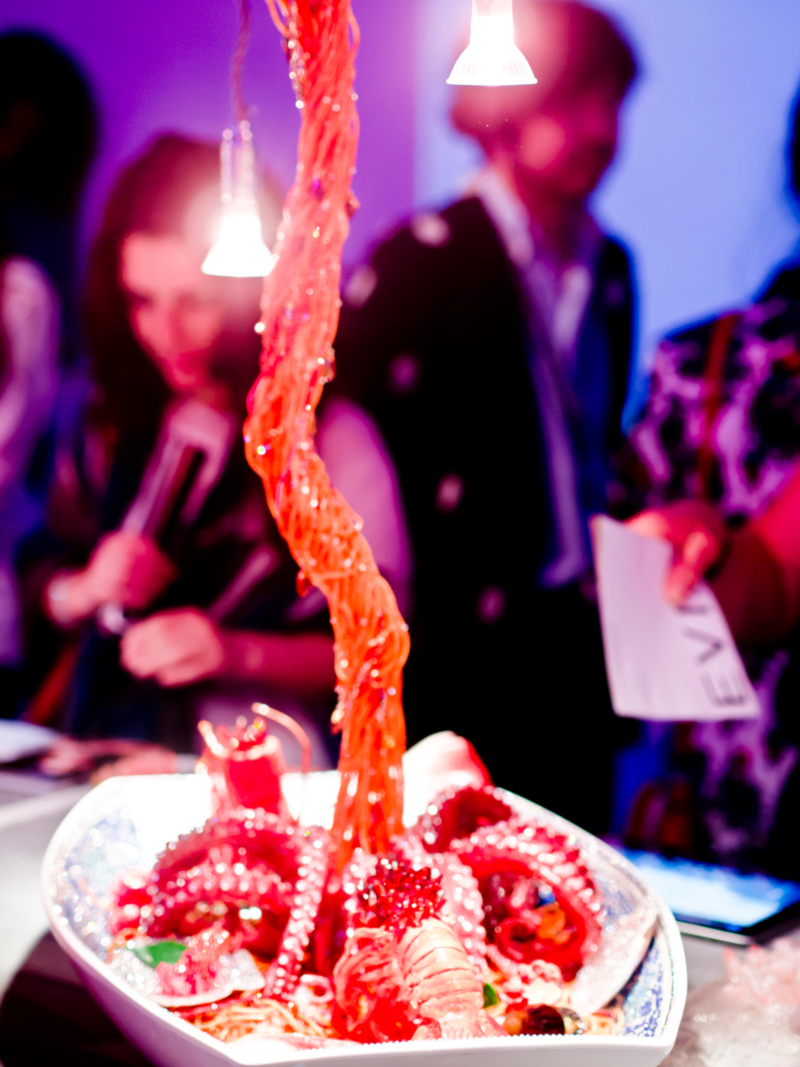 Margherita Abi-Hanna – Material of a Girl
While I am not convinced with the fit of some Margherita’s show piece (below), simply because I am not that into high-neck anything, I liked the structure of her other pieces and the concept behind her collection, the emphasis she puts on the emotional over the ornamental because to me jewellery is all about emotions. 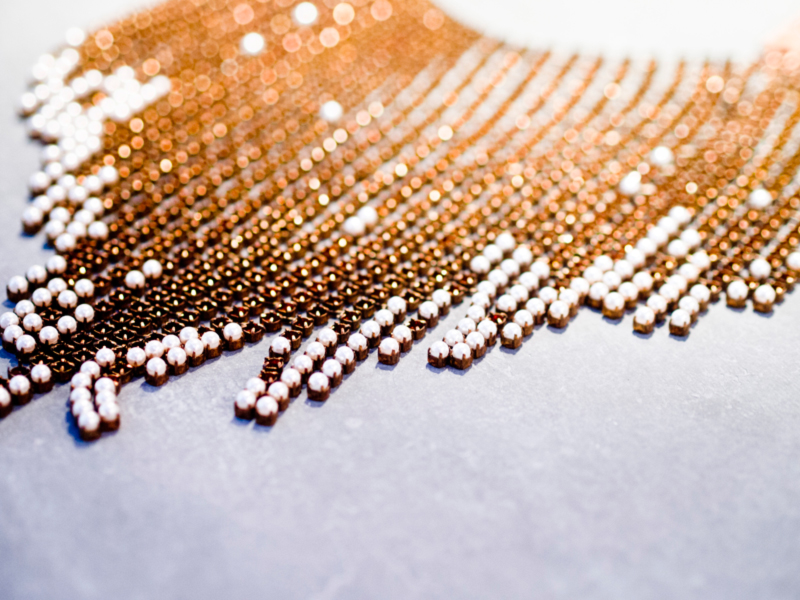 Merav Roth – Post Virtual – Kinetic Jewellery
Merav’s delicate and intricate designs stood right out in a sea of bold statement pieces. Most the other finalists took a much bolder, shinier path but Merav’s approach is different. It is all about the details, the joints, the articulations. Her jewels all have mechanisms that respond to the motions we make while interacting with hi-tech gadgets. Facebook “Likes” have never been so attractive. 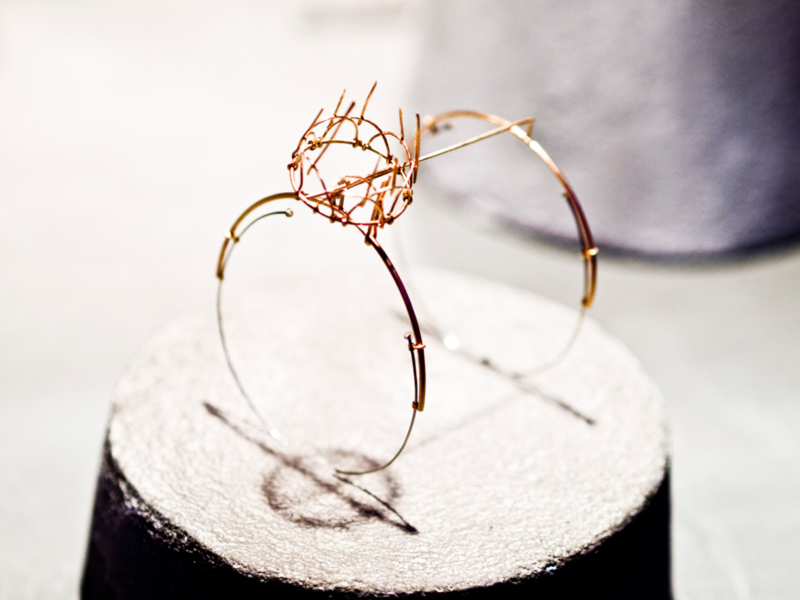 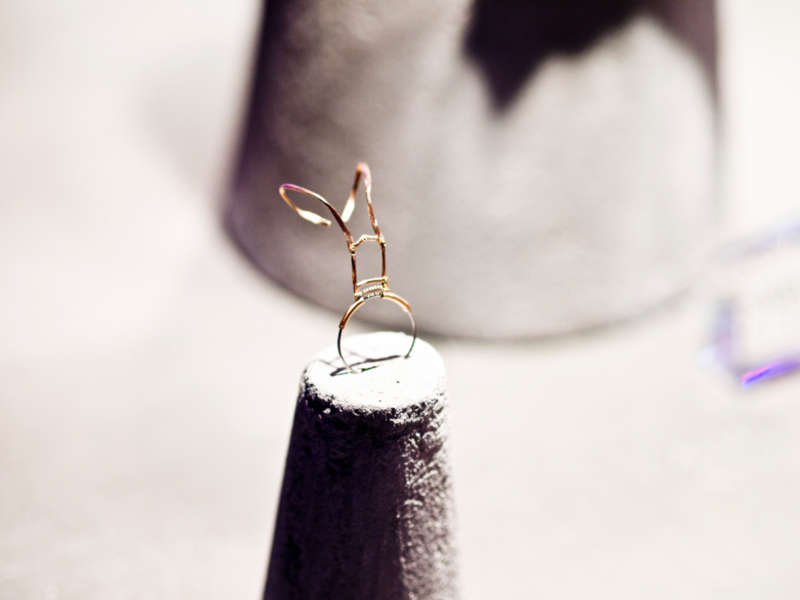 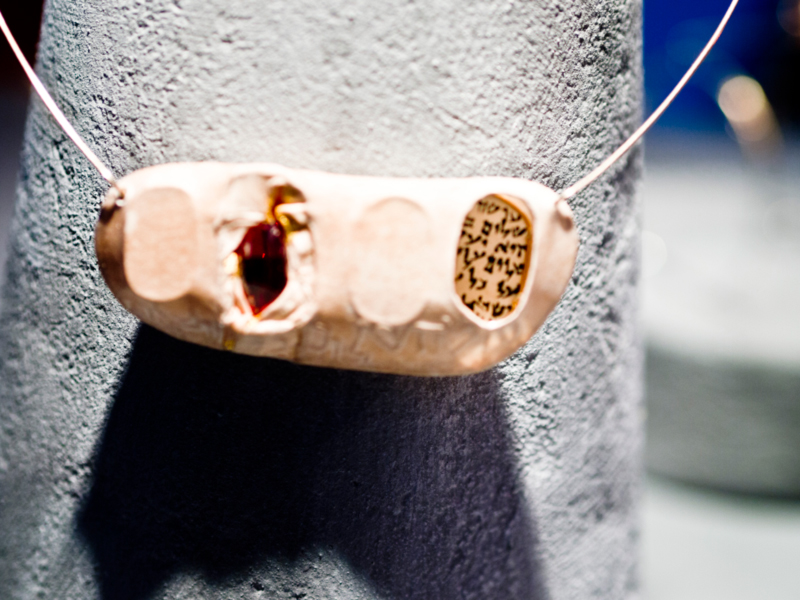 Xiao Zi Yang – Joinery in Jewels
Because I was too busy taking millions of photos of bejewelled pasta, I didn’t collect enough snaps of Xiao’s collection, but I am sure she won’t mind as it earned her the Swarovski Elements prize! It was truly moving to see the LCF student accept her prize with shaky hands. It made me realise how much pressure was on all the contestants. I will go back on her collection in a future post so I leave you with this photo for now. 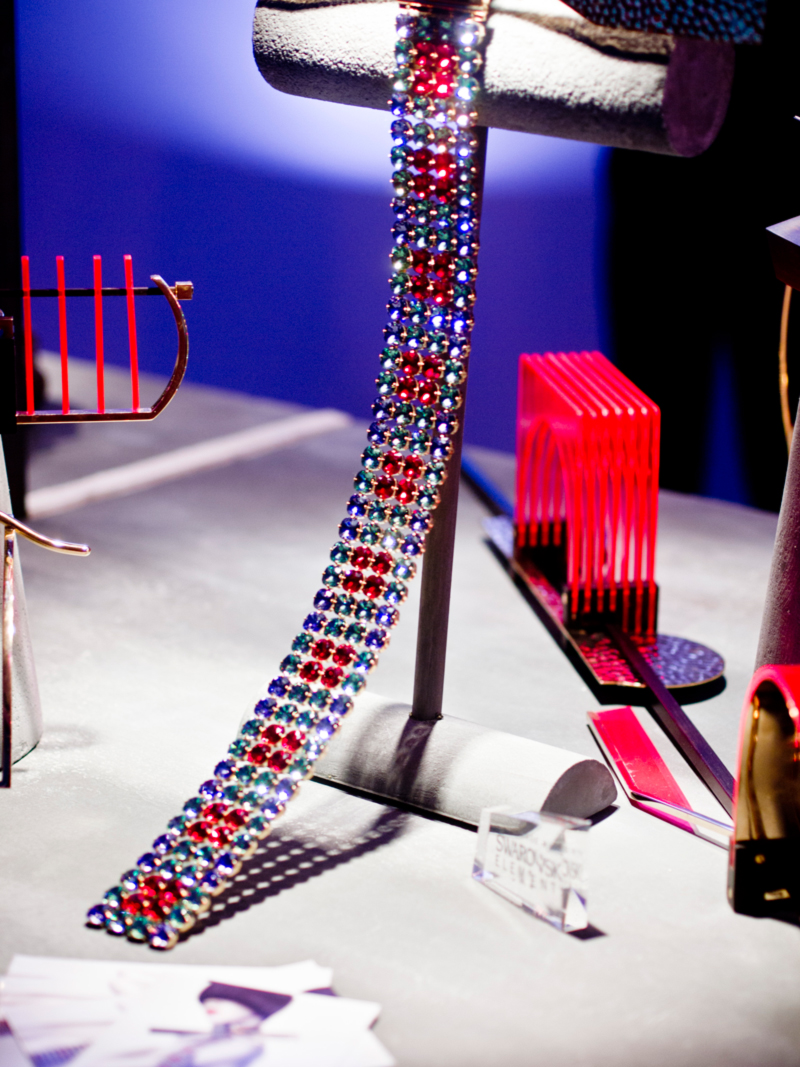 Yuanzi Wang – Mechanical Nature
Yuanzi’s collar necklaces are from another world. She combined her industrial design background and interest for traditional handcraft skills to put together her collection. To me, it would have had a place in the accessories section and would have won the prize. She was another contestant I was rooting for! 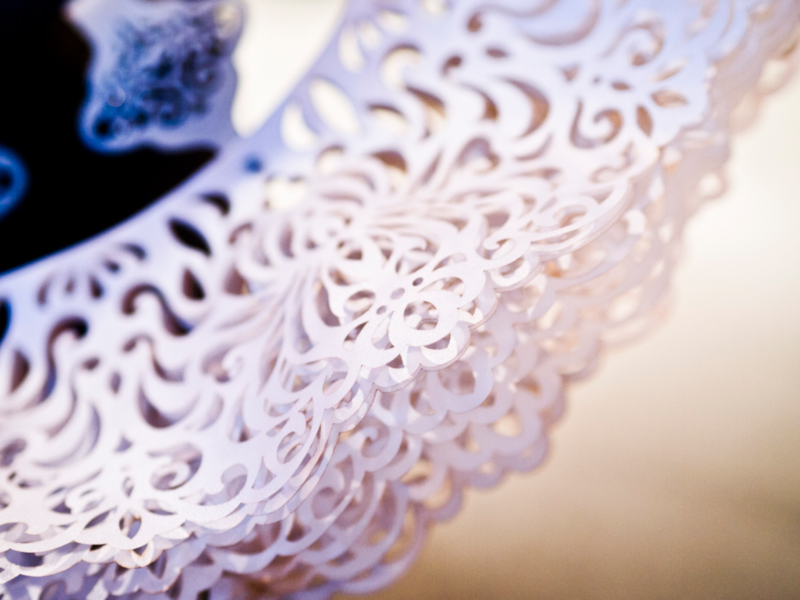 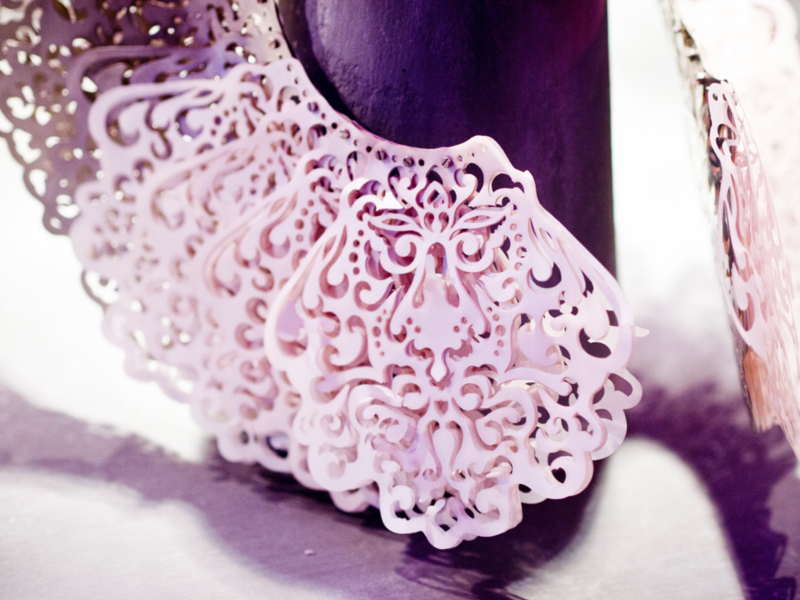