My annual January sales trip is usually pretty unsuccessful but this year I managed to pick up one thing: a new t-shirt. It was the label that caught my eye before the design though and that’s because it’s made by a company called Blood Is The New Black. T-shirts are probably the most ubiquitous item of clothing there is. We all have them and we all wear them and there is literally no end to t-shirt designs, if you can think it, you can print it on a t-shirt and for that reason there’s a t-shirt for everyone out there, you just have to find it.
Blood Is The New Black is a collective of artists, photographers and illustrators curated by Mitra Khayyam to create distinctively original t-shirt designs. Founded in 2004 the label now works with around 40 artists who between them have created some of the best t-shirt designs I’ve seen in ages. It’s a truly international design concept with the artists coming from all over the world and each bringing a unique voice to their designs. Keaton Henson (pictured below) is from London, I’m hoping I can buy his bear mask as well as his t-shirts… 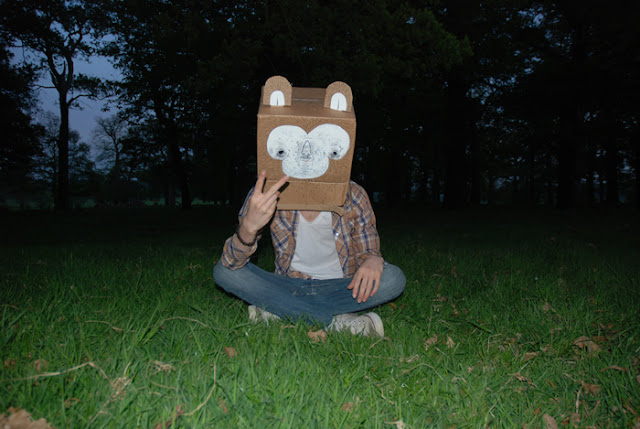 I probably have more t-shirts than I have shoes and that means I have loads of t-shirts. I like band shirts, slogan tees, tees with animals on, plain ones, v-neck ones, vintage ones, new ones. They go in and out of style pretty quickly of course but they’re cheap and pretty disposable too so it’s not surprising. My favourite is a vintage Mickey Mouse tee that I bought in a store called  Filth Mart in New York’s Lower East Side years and years ago (the store is now in Los Angeles). The design has gone from cool to uncool and back to cool again more times than I remember but I never got rid of it because it’s pretty much perfect, the faded colour, the fit and even the cracks on the print. If you look after a good tee you’ll have it forever and it’ll will get better with age.  Really you can never have enough t-shirts, looking at what Blood Is The New Black has to offer, I’m going to need a whole new wardrobe. First things first, you like kittens? No?…You prefer Puppies? How about a puppy wearing braces? Done and done.

If cutesy isn’t your thing then you might prefer an axe murderer? Maybe you’re a Butch Queen, trying out drag for the first time? Honestly, they even have a design for that. Of course my favourite tees are the self-referential fashonista ones, a funny take on already classic designs. Hedi, Martin, Nicolas, Hussein & Vivienne? Sounds like my kinda party. I should give a special mention to the Margiela design too. His jacket made out of hair is one of the greatest examples of fashion I can think of. If I had the money I would have bought one for myself, and while Kate Moss looked better in it than I ever would, I think I would probably look better in this t-shirt. Well, probably. 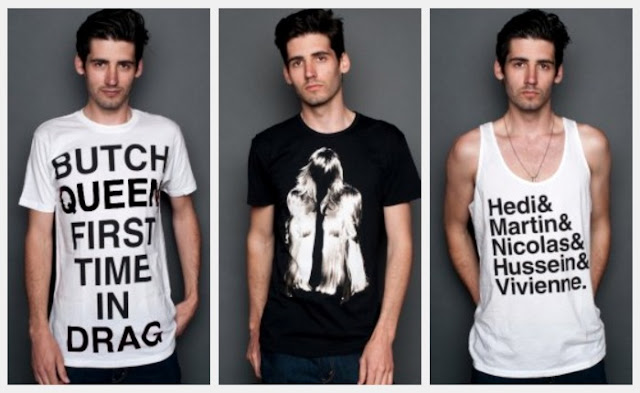