This is the second installment of the closet show & tell. I really wanted to have a peek in Gemma Cairney‘s wardrobe ever since I met her on the set of Frock Me last Spring. Her style is very eclectic and definitely showcases her personality perfectly.

Gemma fell into fashion after drama school, when she realised she wasn’t good at being someone other than herself. Living in East London, she met a lot of people who were in similar situations and with similar tastes and she started doing what she calls “guerilla styling”: unplanned photo shoots using a lot of vintage and young designer pieces modeled by new faces such as Kate Nash, Daisy Lowe or Adele, unknown at the time. 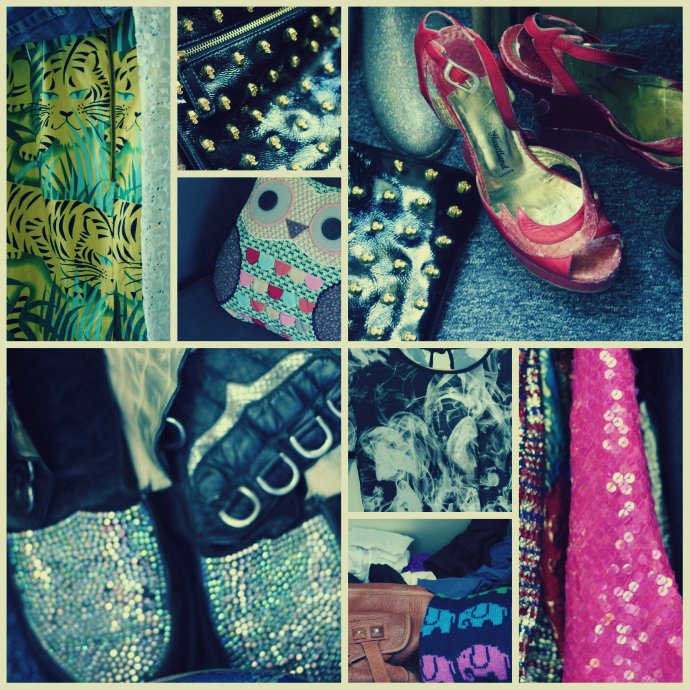 Gemma being into music, her forays into the fashion world were always mixed with musical influences, or a musical background. She likes fashion mostly for its theatricality. About her style, Gemma says she likes “to project her inner rebel through her clothes” in that she doesn’t really care about style rules or trends. She loves clothes and wears whatever takes her fancy. Now 25, Gemma is starting to think about creating her “signature look”,  something that will both convey her personality and be cute and practical for work.

Gemma in her favourite outfit

Gemma recalls one time in the studio of BBC 1Xtra where she showed up wearing sweatpants (at 5 in the morning) only to find Mark Ronson sitting there. That day she swore she’d make an effort every morning, no matter how early she has to be there!

She knows how to have fun with fashion and has a funny story about every single garment she owns. It really was a pleasure exploring her closet!
Sequin dress – Ashish, Tiger print dress – Jenny Packham, Smoke print dress – Gemma Slack, Leopard print bag – Mulberry, Red shoes & boots on Gemma – Terry de Havilland.
Below are some ideas to get Gemma’s look. 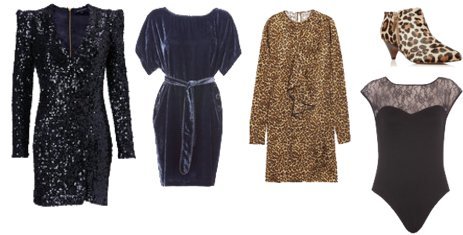 Cocktail Dresses by See by Chloe
Boots by Kurt Geiger