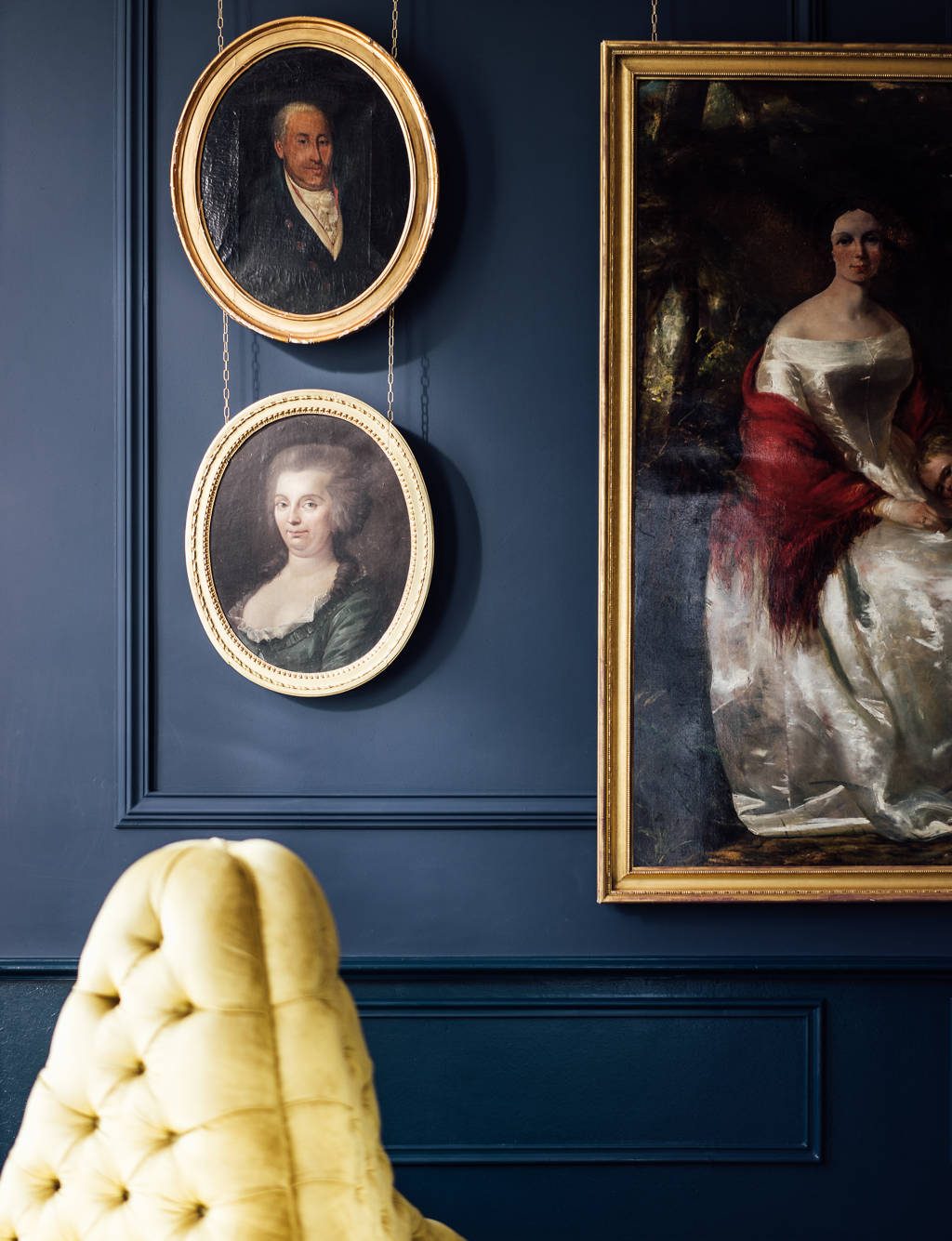 How do I even begin to write about a hotel that has made all my interior dreams come true? I guess I could start with a rhetorical question and then take it from there, right? See, it works: I am now writing this post and I don’t have to think about its structure as the words have already started to flow out of my mind, spreading all over the keyboard.

So let’s begin, shall we? You need to know I managed to spend 37 years without visiting Amsterdam, despite never living further than a couple hours away from it. I really wasn’t sure what to expect, apart from Dutch Masters, tulips and great cheese. Growing up in France, I used to watch ads on the TV about Holland which was described as “l’autre pays du fromage” (the other cheese country). Dutch and French people are basically brothers in cheese, which is the best brotherhood to be a part of, all things considered.

When I visit a new city, I usually do quite a bit of research, save places on Foursquare and make a vague itinerary. This time, I just booked brunch in two lovely places and decided to let the city guide me for once. I wanted to float around – and I did, quite literally float around on the canals one afternoon (my city guide will follow shortly).

I arrived on a dark and rainy Friday night. After a swift 20mn drive from the airport, my Uber stopped in front of a beautiful door on Keizersgracht and two handsome Dutch men greeted me. I had arrived at the Pulitzer! This when I started freaking out. 17th century marble floors in the foyer, check. Dark teal walls with eclectic artwork, check. Plush sofas mixed with mid-century accents, check. Add to this a really chummy, happy atmosphere and I was ready to faint with excitement, barricade myself in the hotel and ignore the rest of the city.

We were staying in a really large “generous room” located on the top floor. Everything was exquisitely decorated, with a full marble bathroom and marble accents throughout, echoing the original marble floors found in the communal areas. After a quick room service burger (that’s a tradition), I promptly fell asleep to the sound of what seemed like a thousand church bells all around the hotel. A pretty magical tune indeed.

In the morning, we headed to Jansz, the hotel’s restaurant, for breakfast. And I lost my last remaining marbles. Pink curtains, brass accents, rosewood, white marble! I think I spent an entire hour just saying “this is too much! this is too much!” to my husband’s great amusement. He even admitted that the hotel looked like the inside of my mind. I might have also considered kidnapping the hotel’s interior designer, Jacu Strauss to make him redesign my flat. Jansz is where we also had dinner on the second night and the atmosphere there was totally different: the place went from super serene and light in the morning to having just the right amount of buzz and romance in the evening.

The hotel occupies twenty-five restored 17th and 18th century canal houses that once played home to the decadent and flamboyant lives of Dutch aristocrats… If it was haunted, its ghosts would have the best stories. It isn’t haunted though, so feel free to book a room right now. 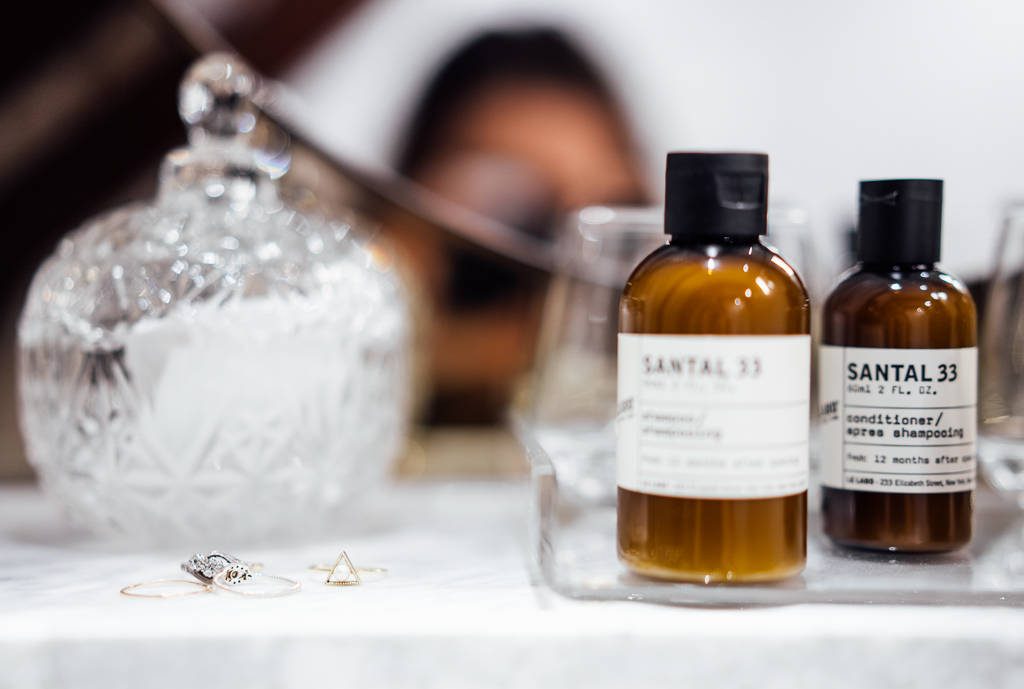 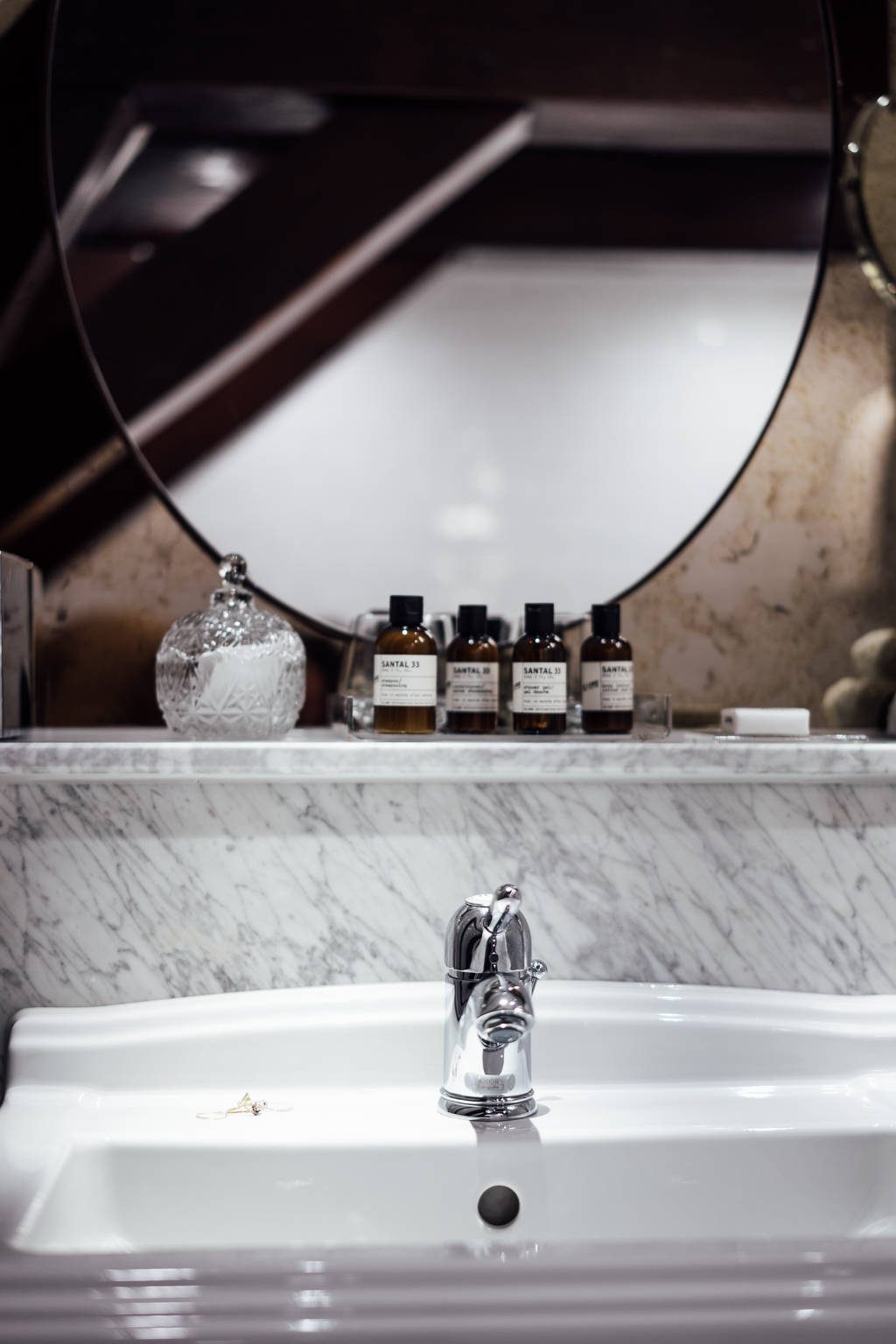 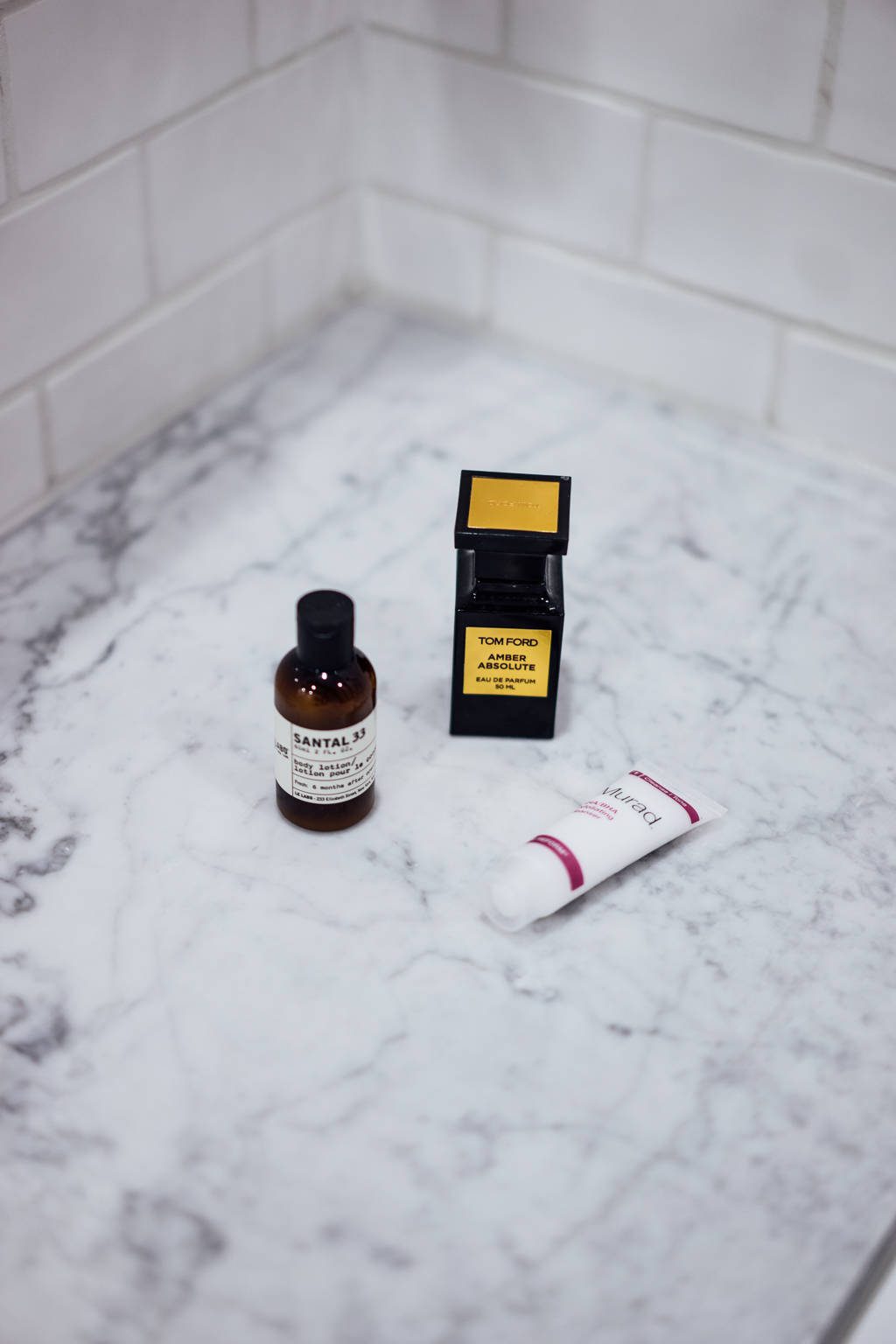 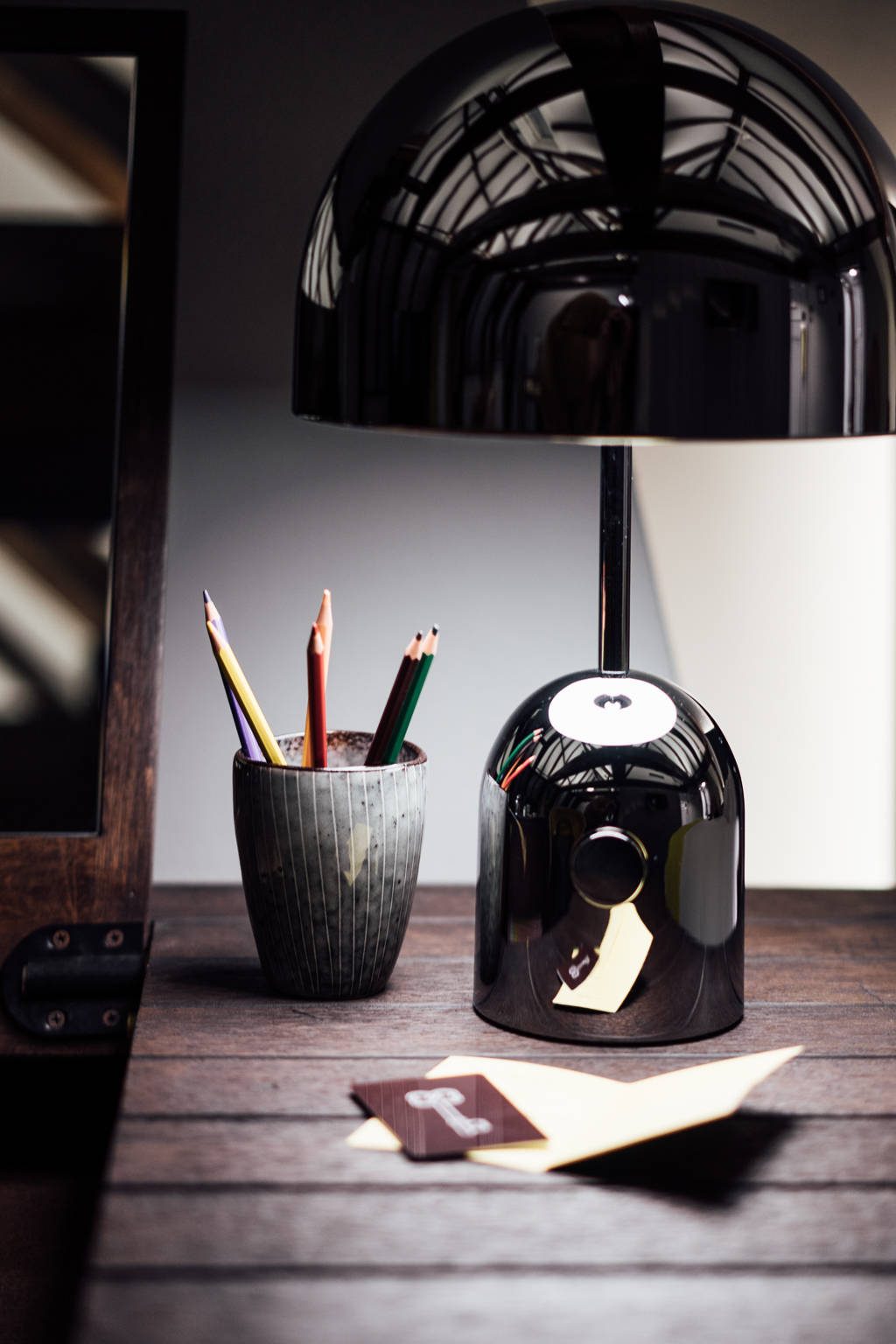 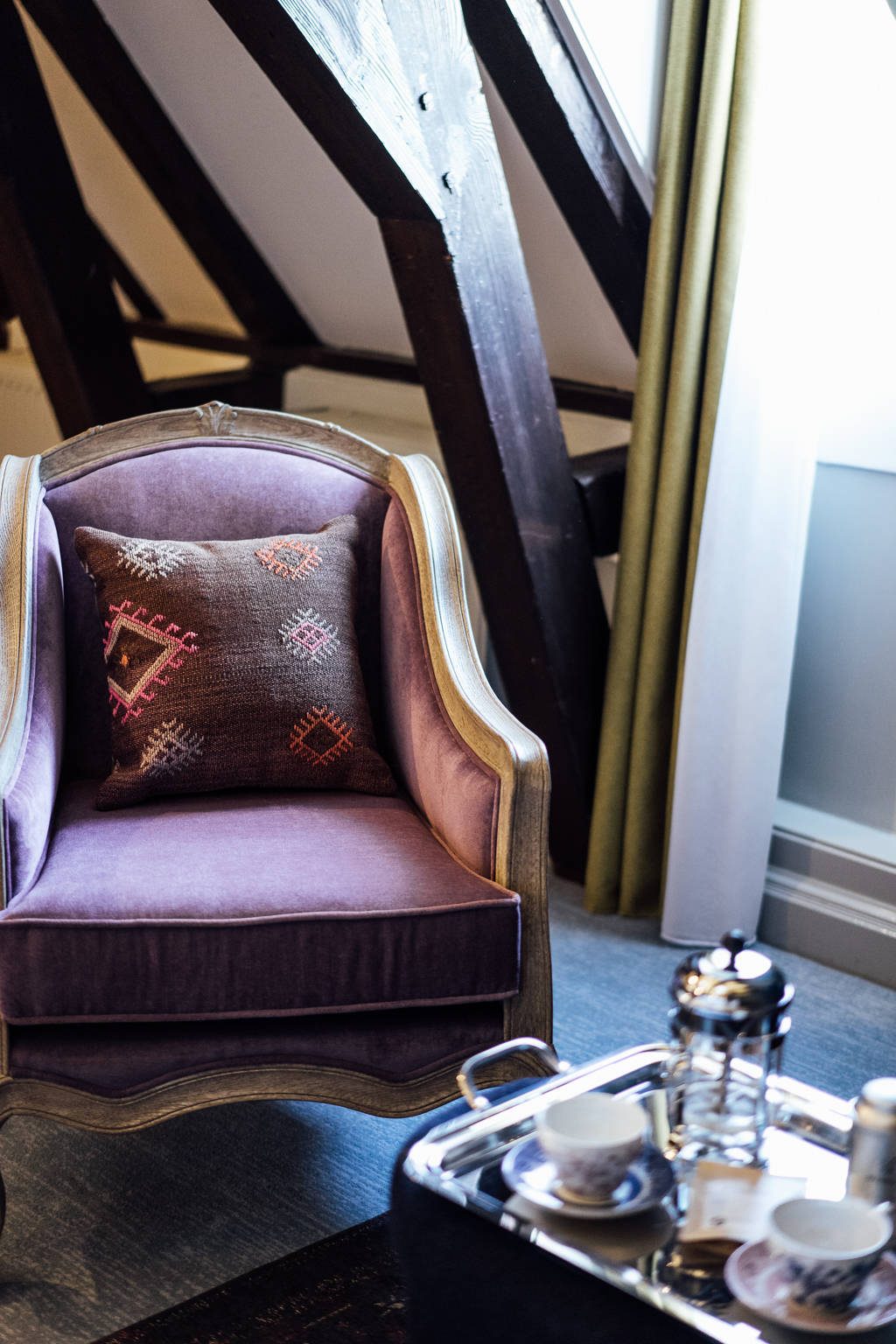 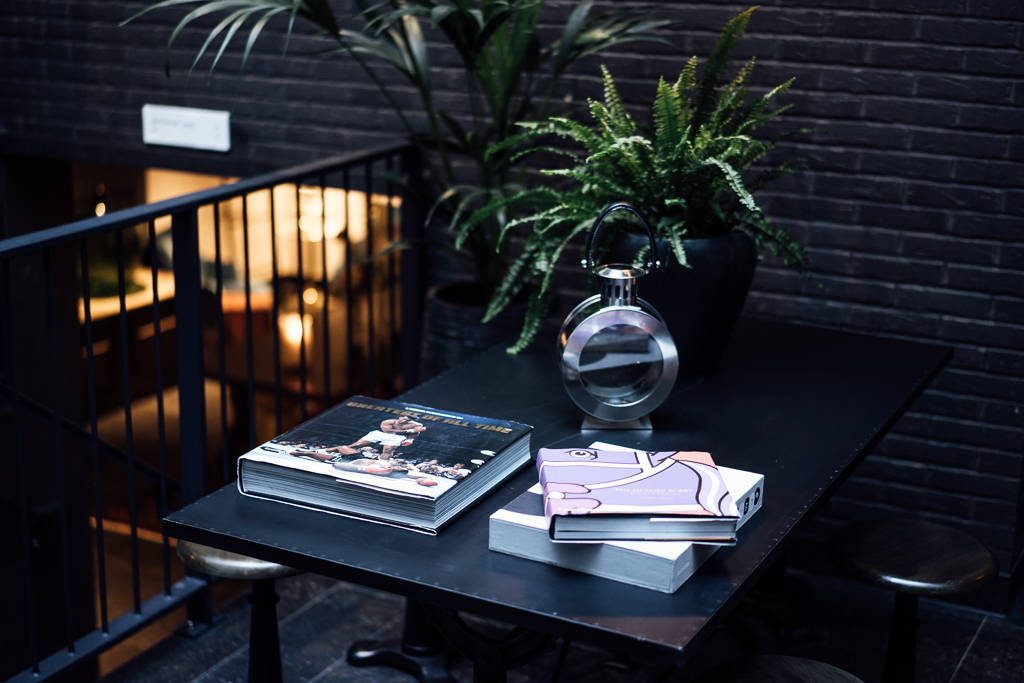 Jansz Restaurant, a feast for the palate and the eyes. 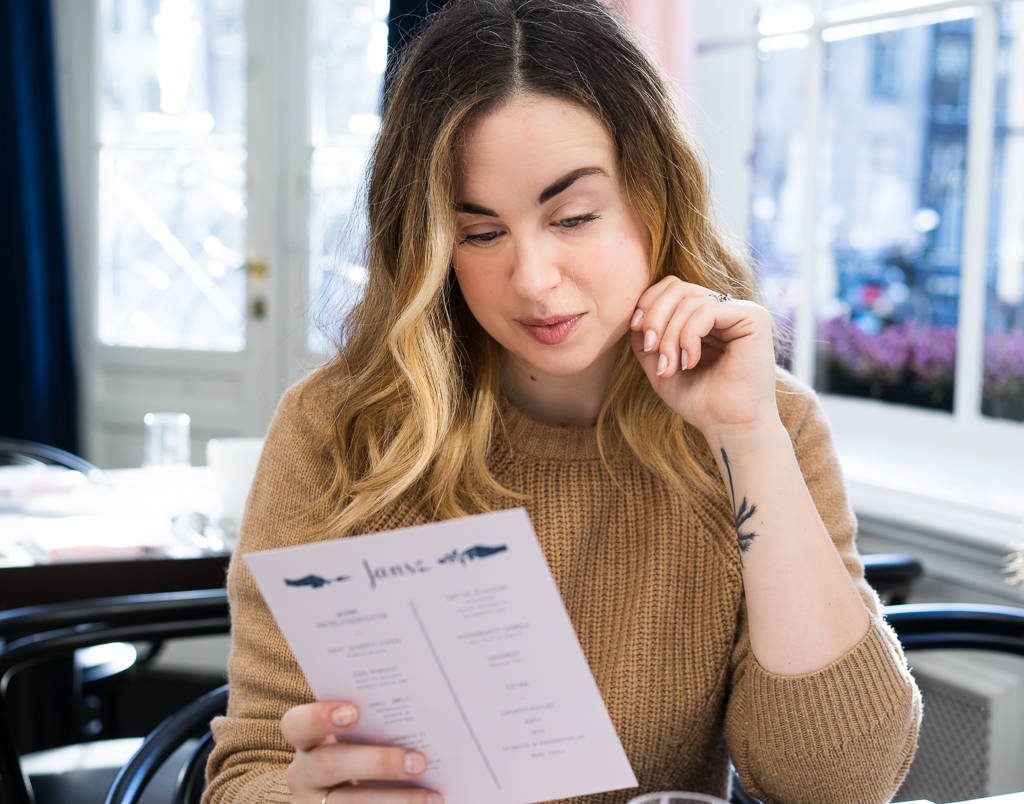 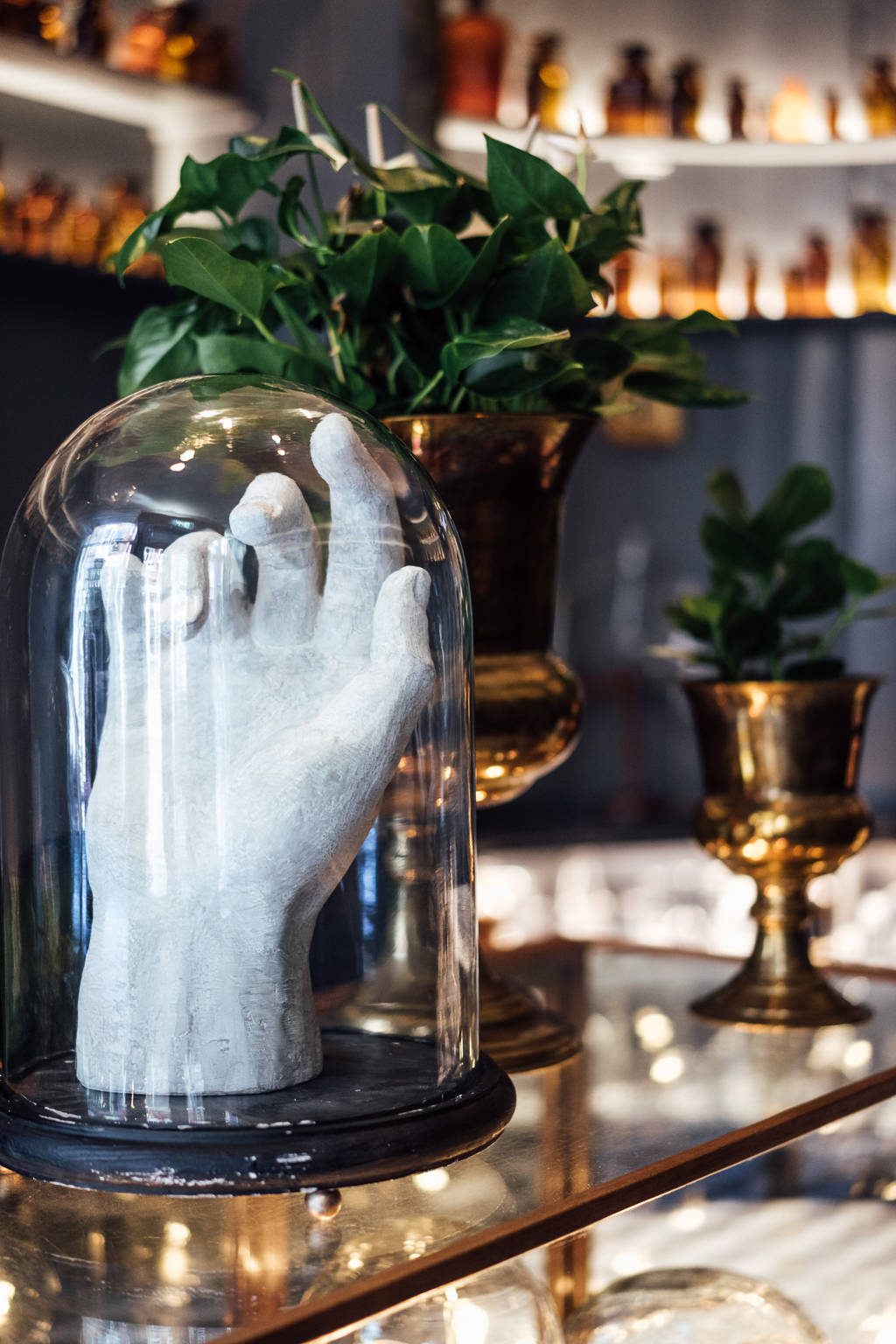 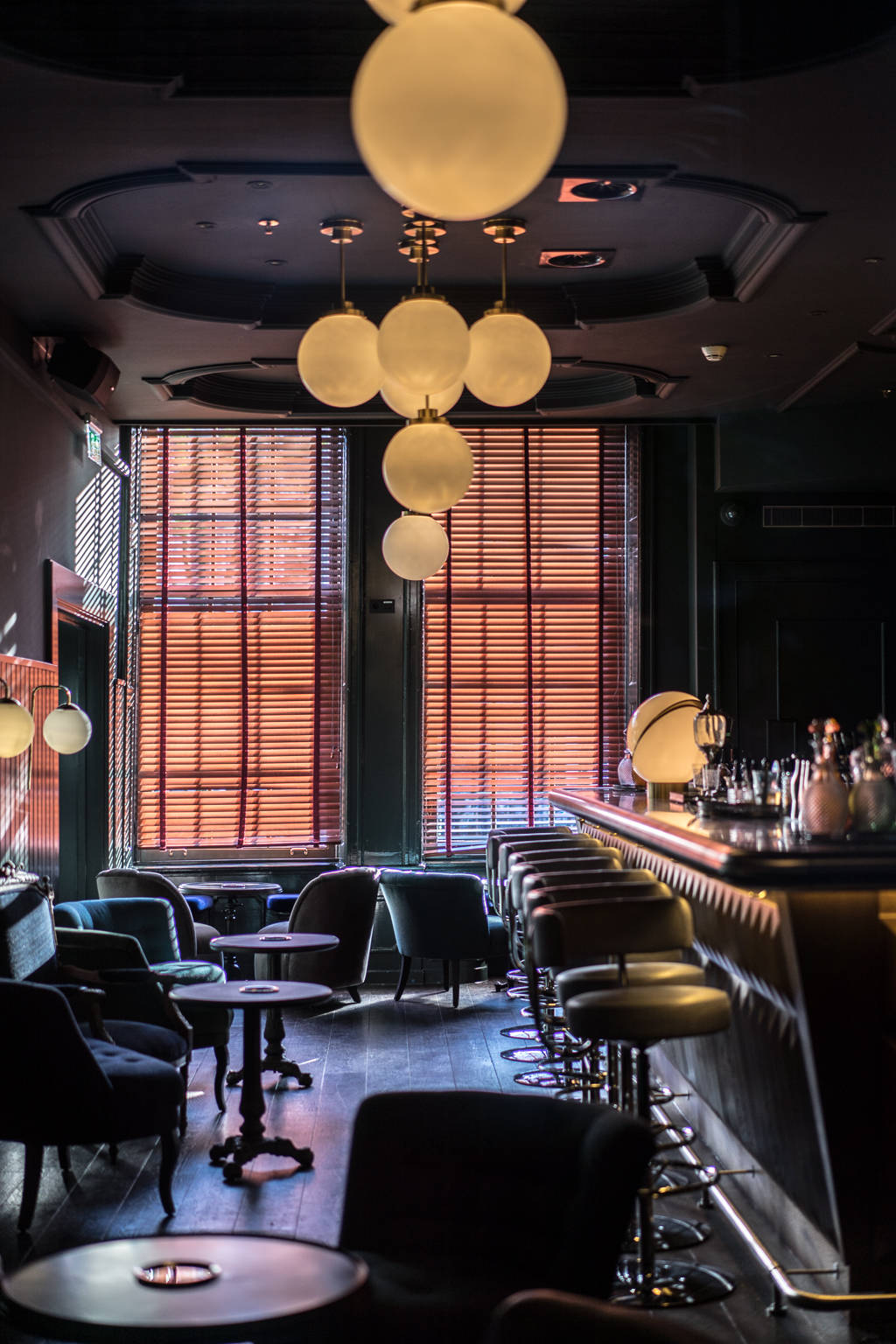 Pulitzer’s Bar for a cocktail or five… 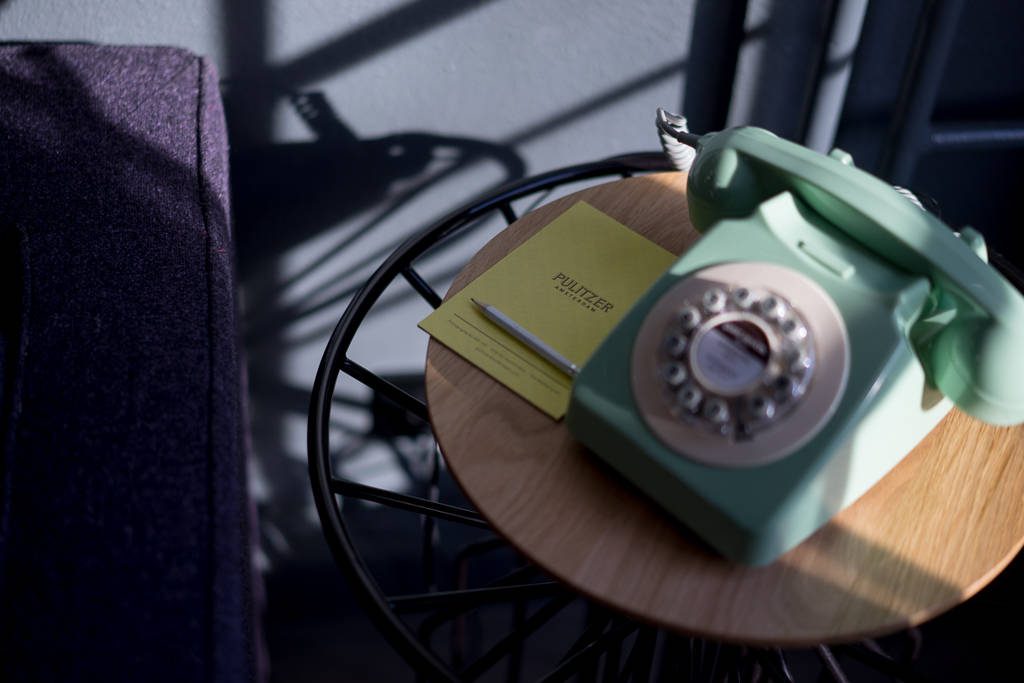 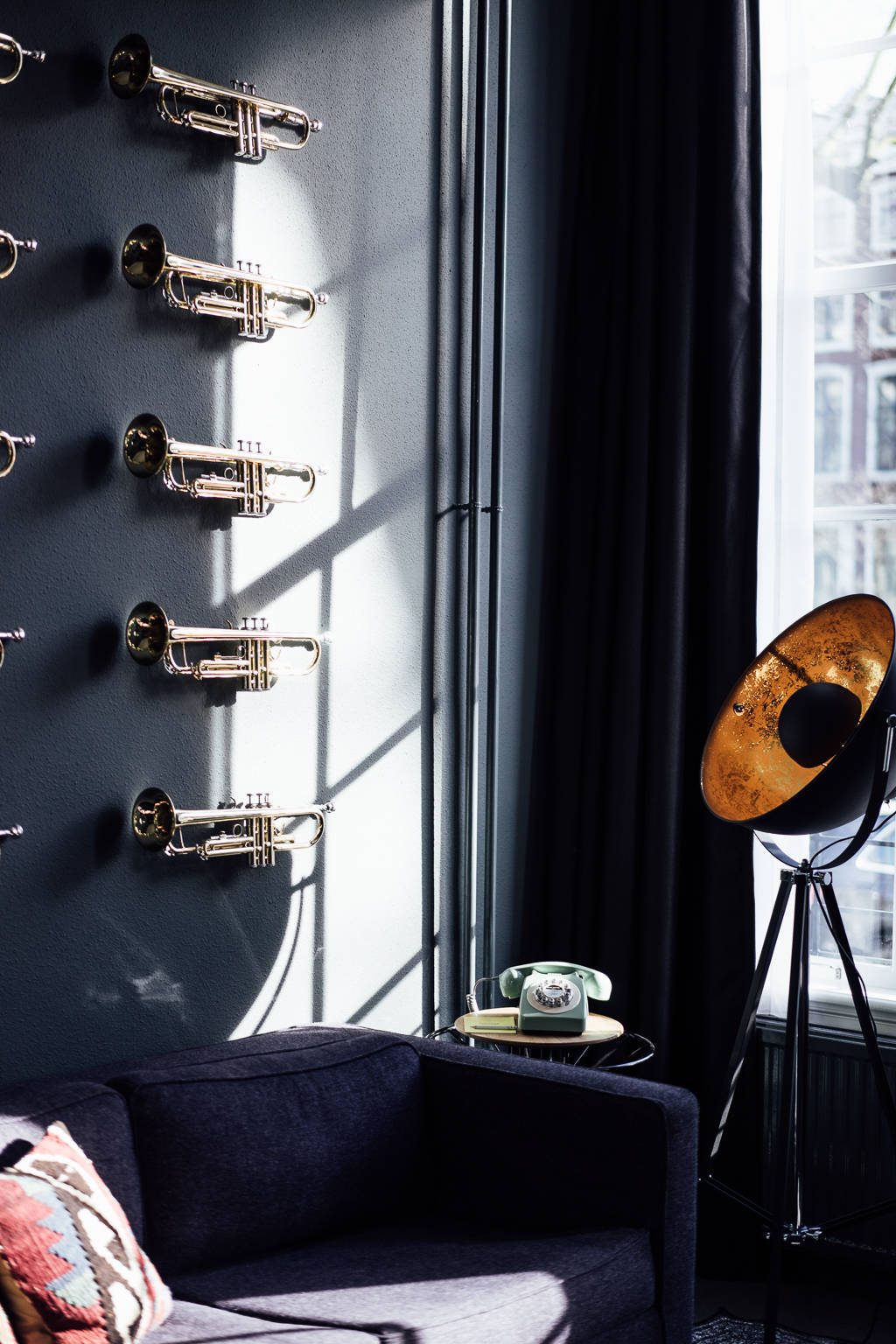 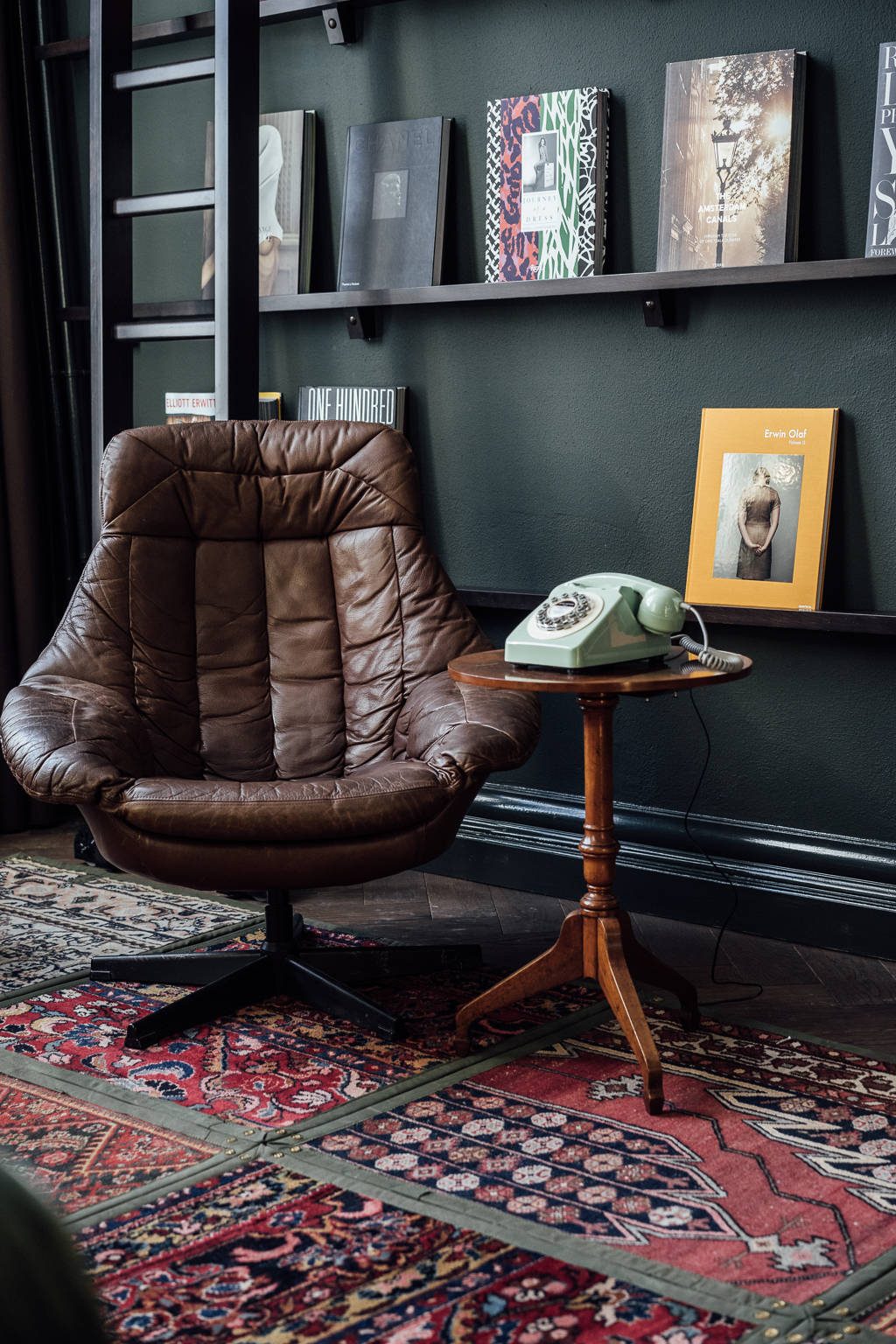 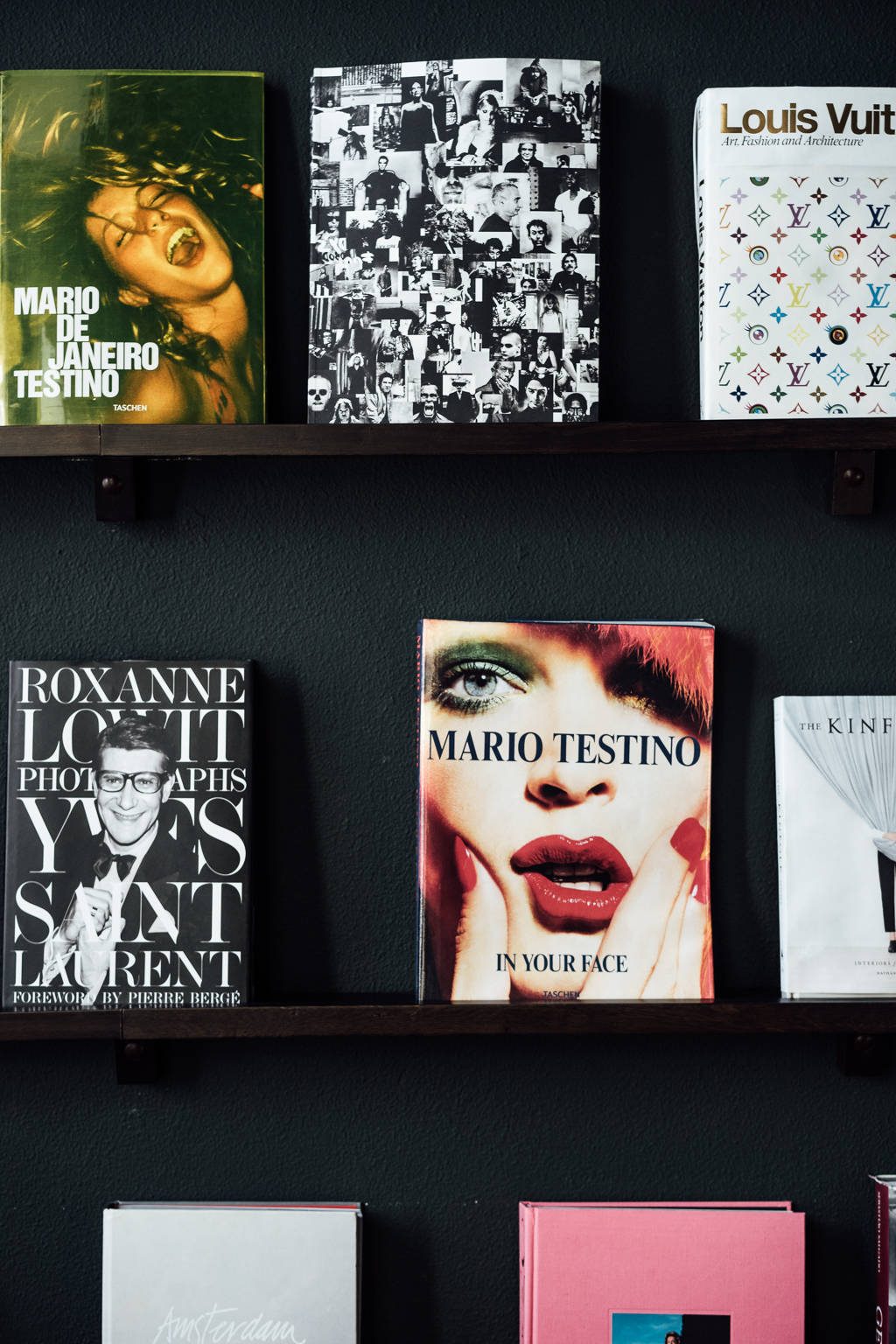 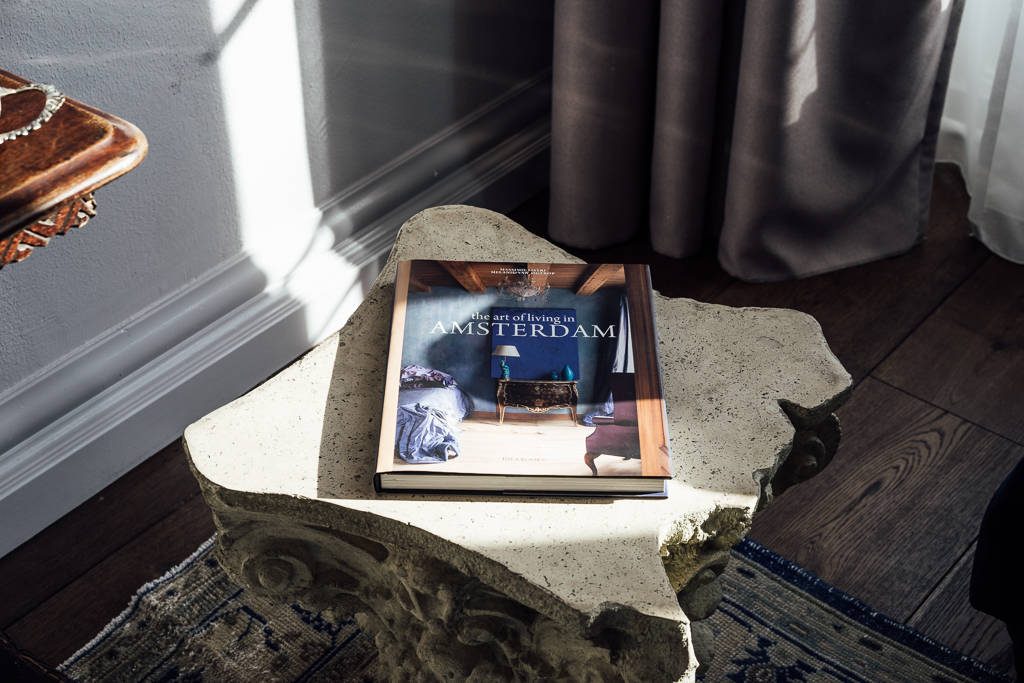 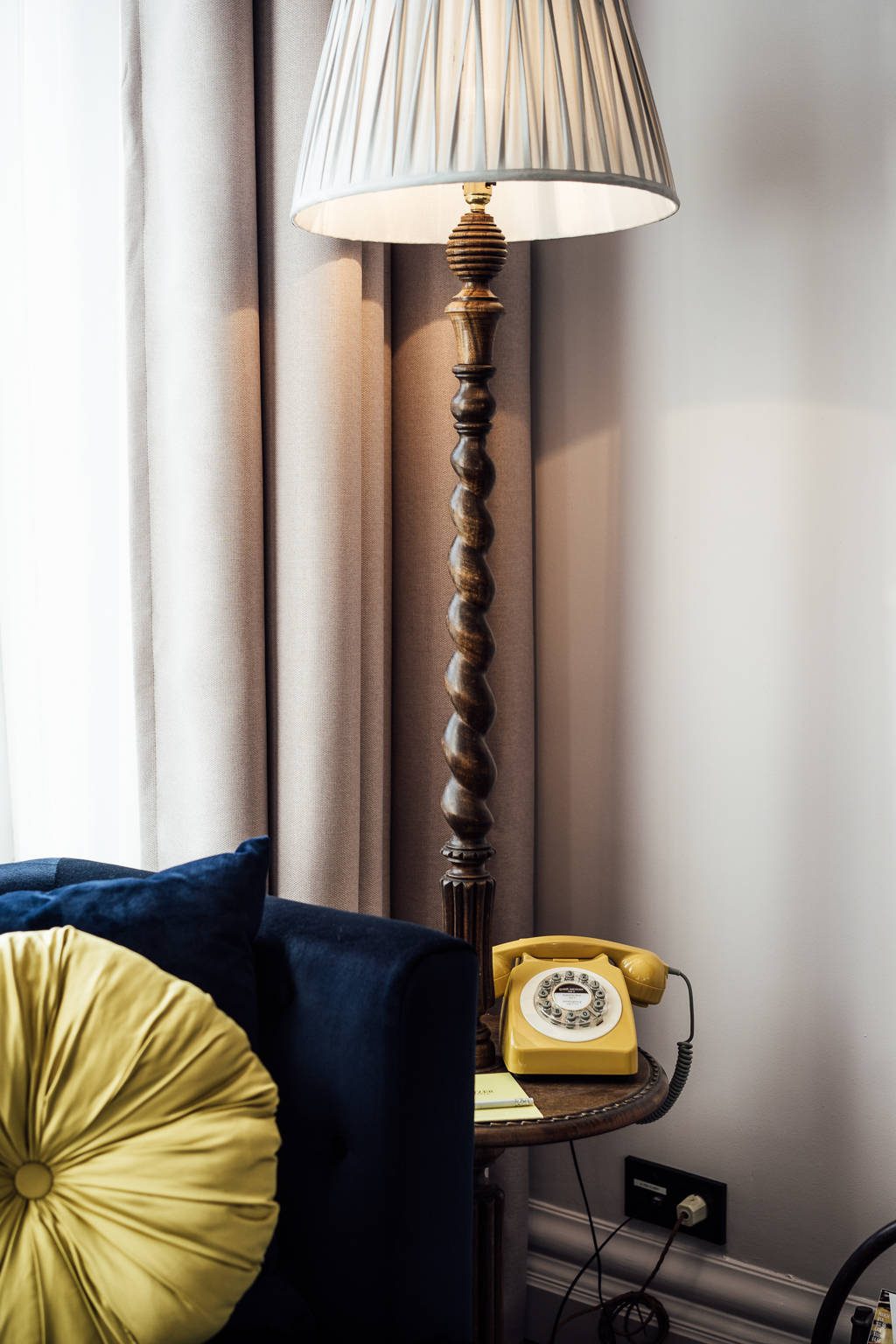 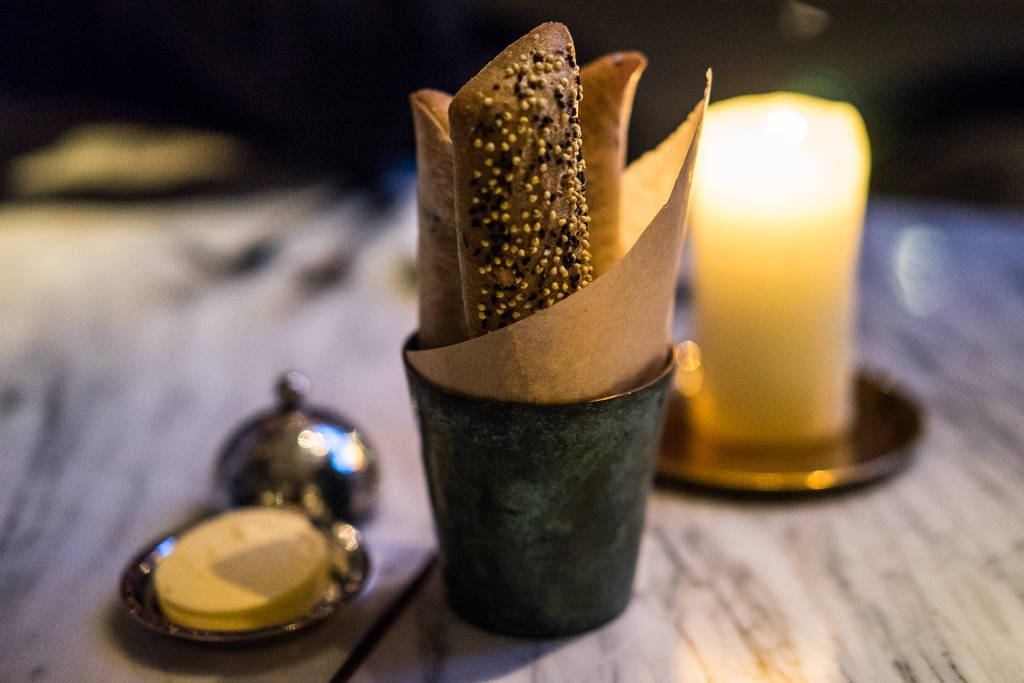 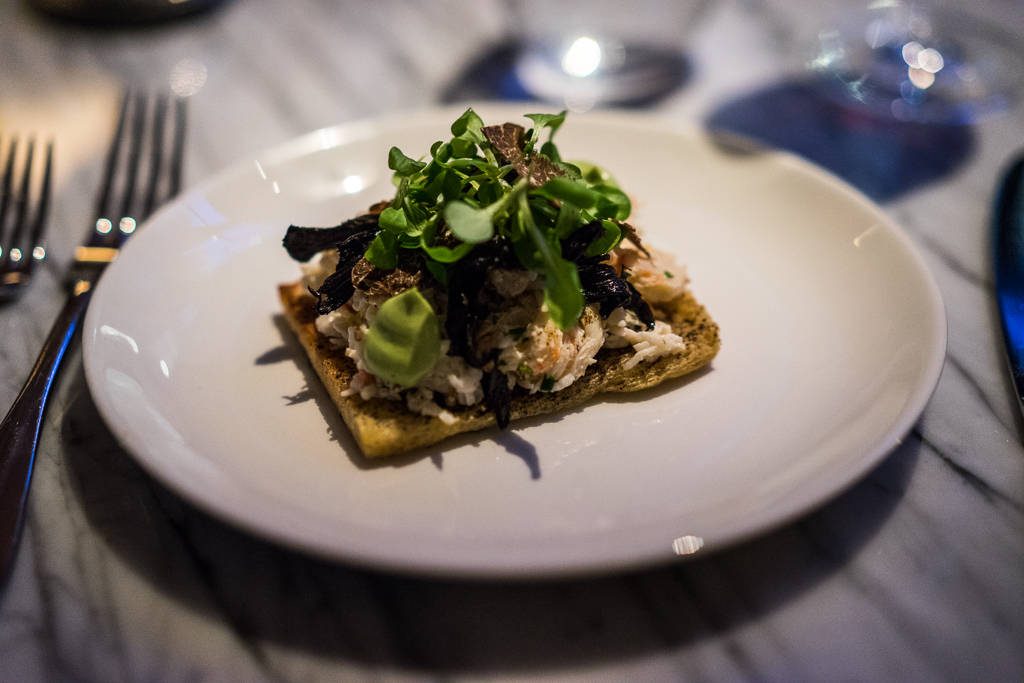 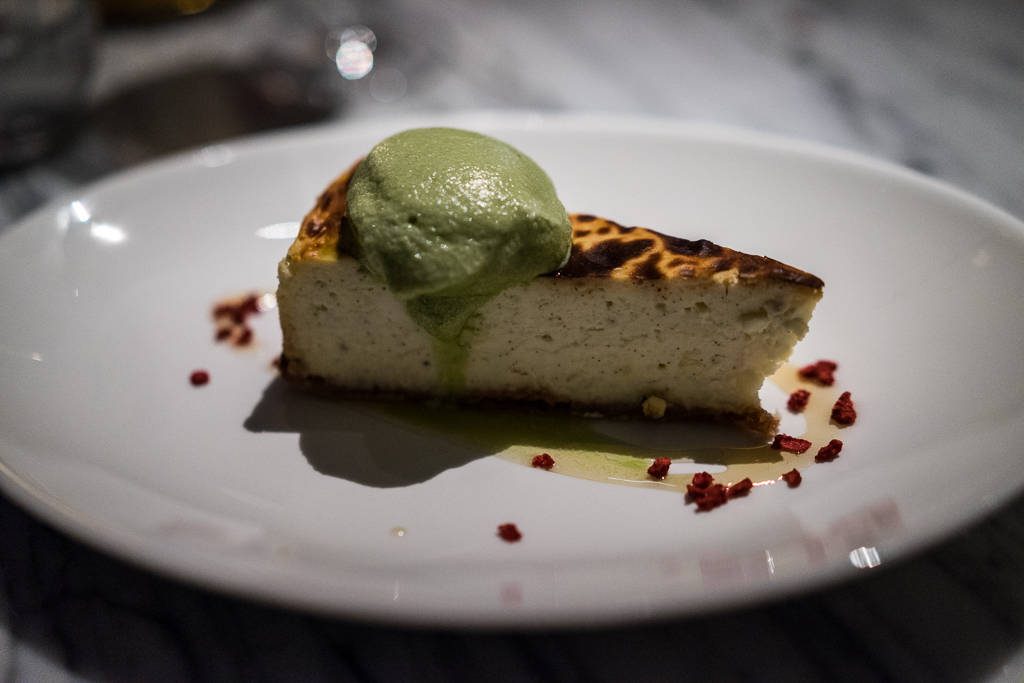 Mademoiselle Robot was a guest of the Pulitzer Hotel