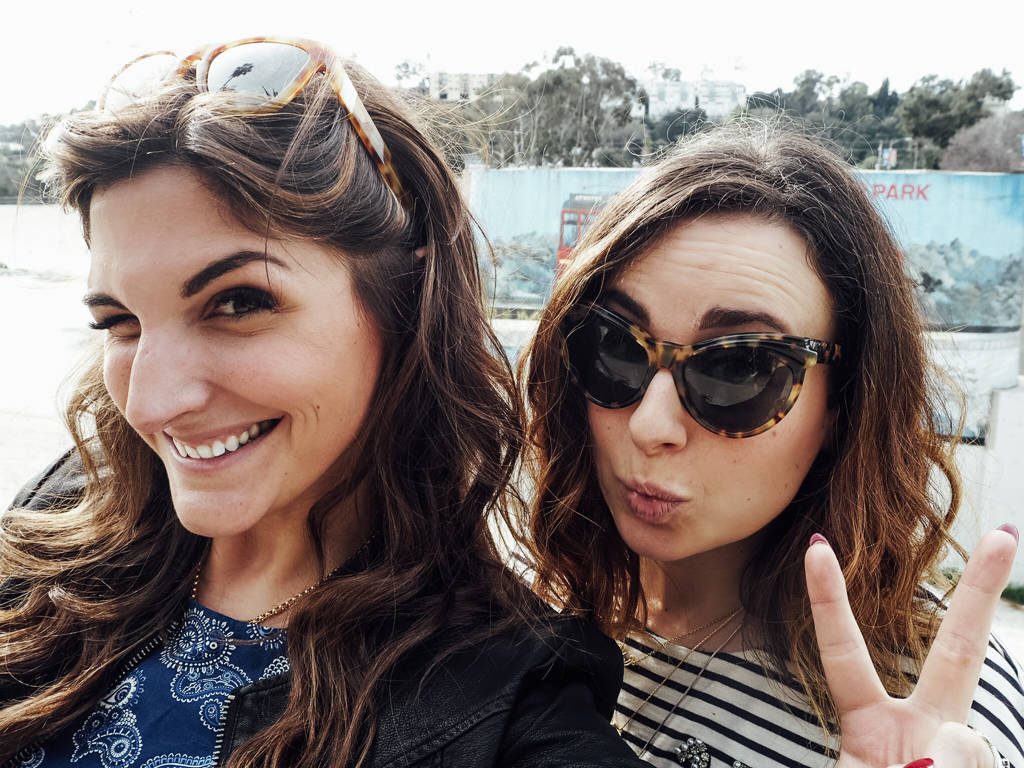 Since we started the “Are We Relevant Yet?” series, we have mostly touched on topics that were very personal, but also quite non-committal in a way: the birth of the blog, finding a name, scheduling issues, which are all integral parts of running a blog as a business, but aren’t the parts that hurt and nag. So now, it is time to be vulnerable and open up to you about the insecurities that come with blogging and some of the ugly feelings we find ourselves feeling along the way… That’s right, it is time to tackle a little something we all suffer from: comparison and feelings of inadequacy.

As you know, when I started writing on here, there weren’t many of us around and the general atmosphere was pretty chummy, mostly because nobody saw this as a business. A couple years after I started things became a little different. A new wave of young and hungry bloggers saw what we were doing and decided to have a slice of that cake too. Some did it in a very intelligent way, driven by their passion and ambition. Others were in it for the money, the freebies and were pretty much willing to do anything to get them. I often refer to this period as the end of innocence (I realise it is a little dramatic).

To me, what really changed things was the arrival of Instagram. It made it all too easy for everyone to feel very inadequate, to compare ourselves to one another and to feel very acutely that we were failing at life (and blogging) because of trivial things such as number of likes, followers or comments. A couple years ago for the first time in my life, I found myself feeling really ugly feelings of inadequacy and even envy when looking at other people’s Instagram feeds. I realised quite quickly that the people I was “comparing” myself to were 10 to 15 years younger than me, they weren’t exactly my peers! Let’s face it though, this blogging lark isn’t exactly filled with over 35s, so I was fighting a losing battle against an invisible enemy.

I’ve always been pretty confident about the way I look – perhaps “confident” isn’t the right word, I guess “accepting” is a better one – yet sometimes I would look at girls on Instagram (girls between 18-23 it transpires) and feel fat, thought my teeth were too yellow, not alined enough, that my cheekbones weren’t just so, the list goes on. Then I would turn off Instagram and start feeling totally fine again: I run a successful business doing something I adore every day, I look pretty f***ing good for my age, I have a brilliant husband and a bright daughter, why do I torture myself this way? Why do I even need to reason with myself after an Insta-browse session?

After much introspection and a few too many cups of coffee, I came to the conclusion I was actually just following the wrong people for the wrong reasons. Most of the people I was following then weren’t inspiring to me. They were the equivalent of candy floss: it is pretty, it tastes alright, but really it doesn’t do anything for you. So I unfollowed around 80 people and promptly replaced them with a bunch of incredibly talented artists, photographers or all around kick-ass women. People I can look up to and be driven by, people who would inspire me to reach higher and work harder rather than people who would make me feel down about myself. This sounds pretty obvious, right? I mean, I already pick my friends really carefully (I discussed it with Emily in the past episode of Spirit Animal) so why can’t I be better at picking the people I follow on social media? Why don’t I follow like-minded bloggers rather than ones with no substance?

If you are also a blogger, whether at the beginning of your journey or a decade into it like me, and if you struggle when it comes to dealing with others along the way, let this be a lesson for you – albeit one you may have already applied to your life. Comparing yourself to others will only lead to heartache and disappointment. You cannot be anyone but yourself, so instead of looking at what others are doing, look at what YOU are doing and strive to do it in the best possible way. Your unique selling point, just like mine, is to be YOU. Because there is no other you but there are many other others. Basically: check yourself before you wreck yourself.