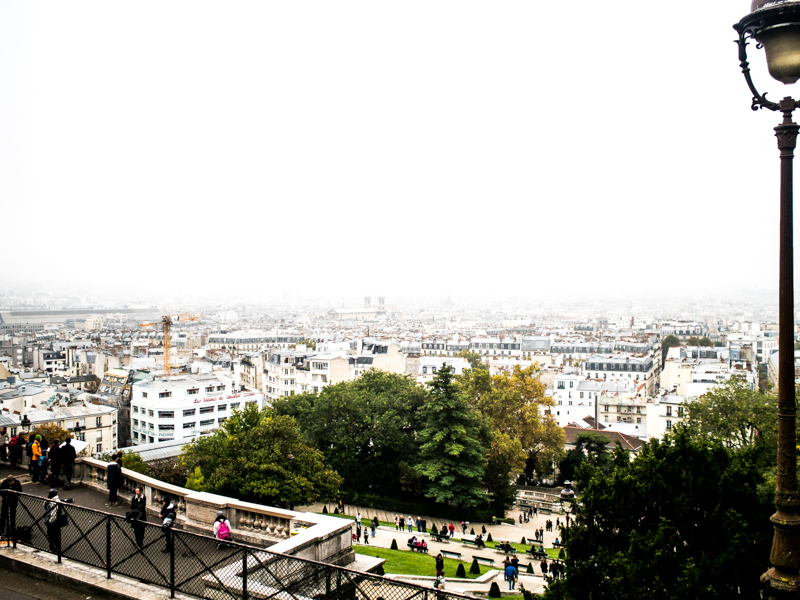 “I’ve lived in London for over 10 years now” is something that always comes up in conversations with new people. It is part of my answer to the “Where Are You From?” question.
Here, people can’t quite place me. Well, it depends on the day – if I am tired, I will sound more French than usual. But they can’t tell where in France I am from. I lost my regional accent ID tag when I boarded the Eurostar in July 2004. When I am home in France, if I speak to another French person, they will immediately know I am from Paris, they will guess my age from the few slang words I use and references I have. Here, it is a different story altogether.
I arrived in the U.K. when I was 25, so although I didn’t have an entire lifetime behind me, I definitely had luggage. Some experiences were great, some… not so great. The bad experiences had been haunting my life in Paris for years – I was assaulted aged 19 and had a really hard time shaking it off. This isn’t the reason why I moved, but this is something that was left behind in the process of moving countries. I guess it was the only thing I consciously left out once I arrived in the U.K. I still think about it from time to time but it doesn’t define who I am anymore. Same goes for minor mishaps and failures. I didn’t need to bring them with and so I simply didn’t.
What I did bring with me was a strong feeling that I could do here what I didn’t manage to do in Paris: write more, take more pictures, fulfil my creative dreams. Somehow, at home I just didn’t have the impetus to do all that. I was working as a freelance journalist, but I wasn’t quite making ends meet – I was young. My goals were blurry, and I suppose to some extent they still very much are, but the new, improved me that moved to London was much more determined to find some less blurry goals and achieve some form of discipline when it came to work. So far, everything is going well.
After 10 years here, I have spent most of my adult life outside Paris, so do we call it a reinvention at this point? Or have I simply turned into a grown-up while here in London? Would I have become the same person if I had stayed home?

This was part of my own story of reinvention through expatriation… Below are some of your stories, mixed in with some of my friends’.

When I moved to the UK, I didn’t intend to reinvent myself. I wasn’t intentionally moving for a fresh start or to escape anything in particular. But it inevitably happened. When you’re in a new place, with only a friend or two, and you need a map to find even your closest grocery store, you learn a lot about yourself. Without the constraints or expectations of people who know you, or know what you looked like in high school – you’re a blank canvas. Moving countries gave me room to grow into myself. It gave me space to figure out what I liked, and didn’t. Subsequently a lot of what I learned I liked was “pints of beer”, but that’s a different story altogether.
— Cate Sevilla, Buzzfeed UK

I moved to Norway five years ago and I don’t think I’ve ever felt more French than right after leaving France. There’s something about being abroad that reveals bits and pieces of your identity you weren’t aware of. I certainly made many changes over the years, it didn’t happen overnight. And I’ve now reached this point where I feel I belong. I’ve mastered the language, I know enough about the culture and the history to identify cultural references, understand humour…  and have a common ground with others. Still, I wouldn’t say I’ve become Norwegian. Whenever I go back home to France, my family and friends call me affectionately ‘la norvégienne’. And a few weeks later, I’m genuinely looking forward going back home to Norway. I struggled for some time about defining home, as I thought I had to choose between where I came from and where I wanted to be. Moving to another country felt not only like a challenge but also like an opportunity to be more myself. There is certainly a form of freedom in walking away from your habits and starting over from scratch and in the process, I definitely gained confidence. After packing my belongings into one single suitcase, I gave much thought to materialism versus minimalism. I also like to think I grew more tolerant these past years. It might be about growing up, it might be about growing Norwegian to a certain degree, or it might be about being an expat’ regardless of the destination. Hopefully I’ve become a better version of myself.

When I was 16 I moved to Australia, my parents had been planning it and going through the visa application process for about two years, so we’d had plenty of time to prepare. It was over 7 years ago, yet I still remember it like it was yesterday. I was bullied quite badly at school in England, puberty was not kind to me, however I started to ‘blossom’ just before we moved, so I was excited for a fresh start where no one knew me and I could totally reinvent myself.
We landed at Perth airport in Western Australia, where we’d been so many times before over the years, and I still remember the warm air greeting us as we stepped outside, the smile on my face would not budge. I only had two days to settle before I started school, yet I was so so happy, insanely happy, and it took me quite a few weeks before I started to miss my friends and family back home.
I started school and remember being nervous, but that kinda nervous excitement, I was just excited to meet new people and start a fresh. Everyone was so lovely and made me feel so welcome, it was literally like being in Home and Away – everything was just so bright and sunny and happy (even though it was meant to be winter there!). I made the decision to just be myself, I didn’t want to change, I just wanted to be accepted, and I was. I made sure I was confident and smiley and willing to make friends with everyone and anyone. Seven years on I’m back in London (I moved back after two years in Perth to go to University in London), and I still visit every year to see all my old friends out there.
— Catherine Lux, Luxlife-Blog.com

I’ve actually had the expat experience twice: first when I moved to Jordan in 2011 and a year after that when I moved to Paris.
Moving to Jordan was the most surreal experience. I spoke very little Arabic at the time and had no idea what to expect because I’d never been to the Middle East before. Somehow I think that helped push me to try lots of new things; I was already so far out of my comfort zone that nothing really felt too ‘dangerous’. I started modelling, worked on Hollywood films and abseiled down waters without a second thought while in the UK I would have had many sleepless nights about all of those things.
I didn’t know it at the time but the first of those changed my life completely. When I got back to the UK I wanted to be involved with fashion and that’s why I started blogging. My blog has since landed me a job working in fashion – something I wouldn’t have considered and certainly wouldn’t have believed I could have achieved without my time abroad.
Bizarrely, it wasn’t until I returned to Europe that I realised how much my perspective on everyday things had changed too: I automatically sat in the back of cars, felt nervous wearing clothes that exposed my shoulders and the traffic felt like it moved really, really slowly.
— Jodie Marie Dewberry, AlaJode.com

Have started taking better care of myself-general fear of northern German weather will do that to your little subtropical mind. Learning the language and the German way of life definitely still feels like I am reinventing myself :).
— Nirja Ghosh, via Twitter @nirjaghosh