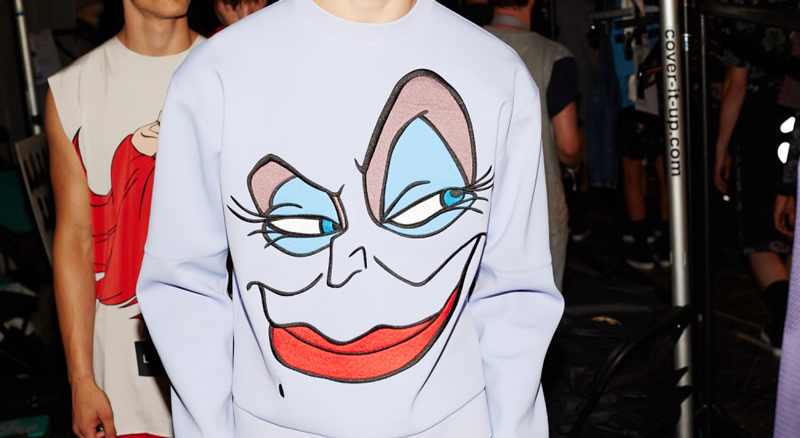 For the second part of my critique of LC:M the subject is retro-fetishism. Fashion often draws on the past for inspiration and personally speaking I love a good vintage tee or a retro hi-top but retro-fetishsim takes things a little further. Over the last 5 years or so you might have noticed the wholesale decimation of 1950’s style. It’s hard to lock down exactly what inspired this but I remember around 10 years ago seeing people in Camden who had painstakingly recreated genuine 1950’s looks. These people had sourced original clothes from the era, researched the styles and followed the look through to minute details. I assume their house was like a cutesy museum with a black and white TV, a kitchen full of tins of spam and walls made of asbestos. Over time this subculture of fascination with post-war fashion has filtered right down to the lowest common denominator and been stripped of all its idiosyncrasy. The result was a load of women proclaiming their love for 50’s style with absolutely no idea what they were really talking about, having garnered all their knowledge of the era from a picture on a faux-retro postcard. If your ‘1950’s’ dress was manufactured in a sweatshop last week then perhaps you should stop telling people it’s vintage. Your Specsavers glasses and Nike trainers don’t really add much to your outfit’s authenticity either. That’s when I get enraged by retro-fetishism – if you’re going to commit to a look then you need to go all out. Every decade has a number of key looks that summarise those 10 years worth of fashion and trends. It’s hard to contextualise this if you weren’t actually living in that era. Ask a 20 year old today to dress up in an 80’s style and they’ll throw on a curly wig, some sweatbands and a pair of neon legwarmers thinking it’s both accurate and hilarious when it is neither. Much of what I saw at LC:M fell into the retro-fetishist camp which saddens and infuriates me in equal measures. Here are some of the culprits. 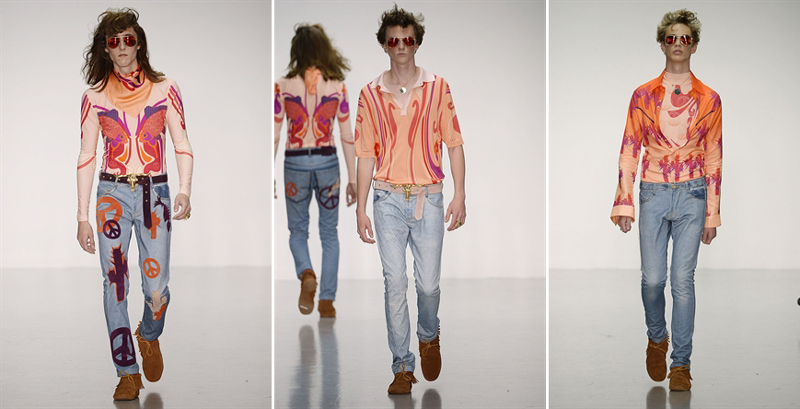 A few seasons ago Katie Eary’s collections were typified by state of the art digital printing techniques, hi-tech fabrics and bespoke nikes. Her collections were ultra-modern and embraced futurism in a way that few designers are capable of. Her SS15 collection is mystifying in its aesthetic volte face. Eary’s take on the 70’s hippy looks like something you could buy in a sealed plastic bag, hung on a rail in a fancy dress shop. There is no authenticity at all and on top of that it is both contrived and reductive. 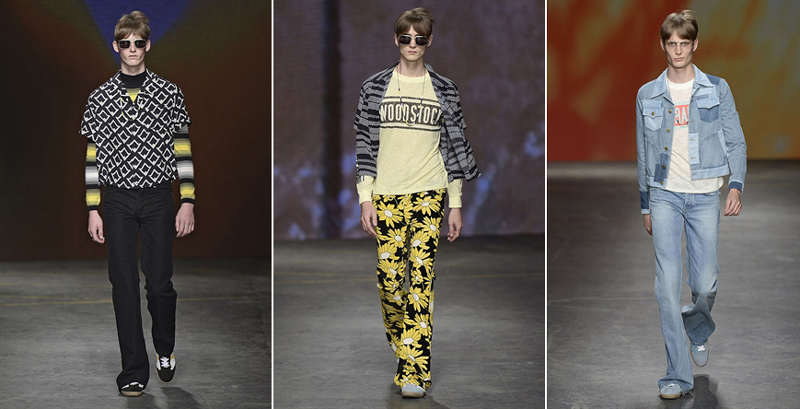 In a similar vein Topman Design also presented a take on 70’s menswear; replete with flares, roll-necks under shirts and deliberately ugly knitwear. There were elements of modernism at play in a few looks but for the most part  the inspiration for the collection was writ large in every garment, one t-shirt actually says ‘woodstock’ across the front in case you’re legally blind and were having trouble picking up the references. The styling was at least impeccable. 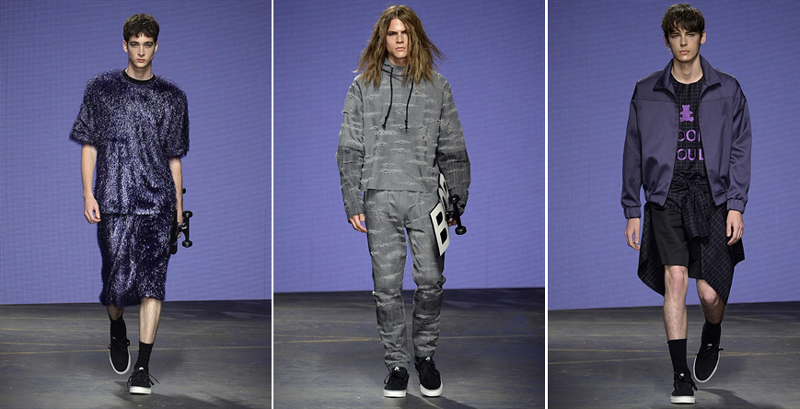 Bobby Abley’s SS15 collection was for me a return to form. You might remember my diatribe against his AW14 collection and while he’s still obsessed with Disney characters there are elements of interesting design in place of the headline grabbing ‘smoke and mirrors’ styling he relied on in the past. The californian skater vibe that he channeled could have easily fallen into costume territory but instead he managed to take these retro silhouettes and styles and inject them with modernity; creating a fresh perspective on old ideas, bridging the gap between supermodernity and retro-fetishism. Here are a few extra pics of the collection for the Disney freaks I know… yeah you’re welcome. 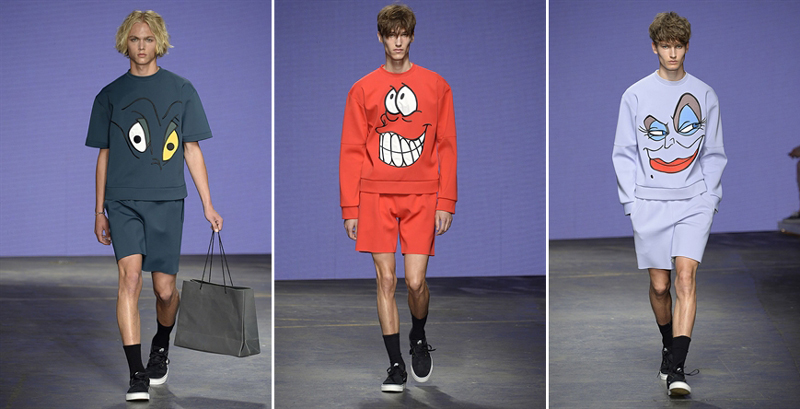