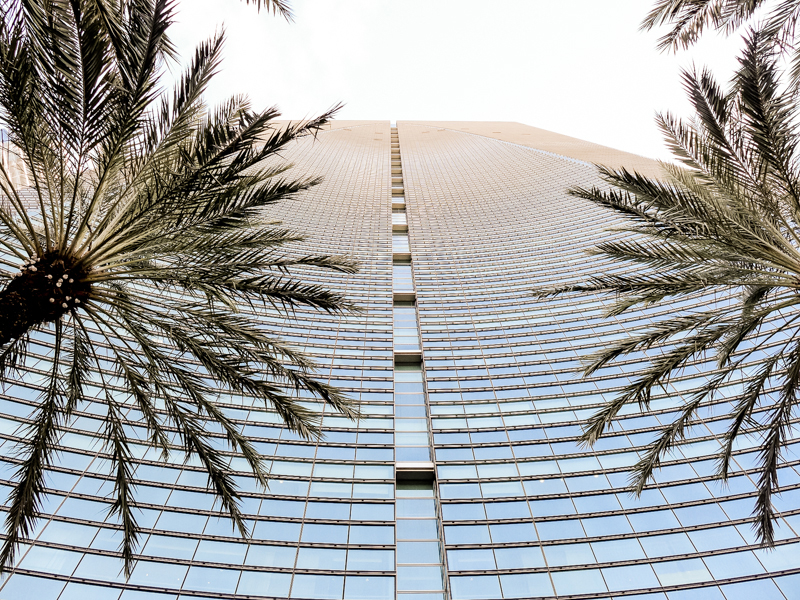 Season hopping is a strange thing, but I do it a lot and so I am now used to stealing a few days of Summer here and there when the weather in London gets so bad the only thing left to do is hide in bed. Sure enough, when the Conrad Miami invited me to take part in their #Conrad555 campaign, the only valid answer was “yes, I am packing now, how many bikinis?”. And so just like that, a mere two weeks after the initial email, I was boarding a plane to Florida with my friend Federica, leaving behind bleak old London.

We were picked up from Miami airport in one of the hotel’s luxury cars and after an easy 15mn drive, we were checking in. I had already prepared our arrival using the Conrad Concierge App – I made some important requirements such as “please could I have a view on the Ocean/Bay”, “could the room be so high we are basically sleeping in the clouds” as well as some more practical ones such as which toiletries I would prefer (Shanghai Tang’s Mandarin Tea shower gel wins every time for me, sadly you can’t find it so easily outside of hotels). Something I hadn’t planned myself (but wish I had because it was such a brilliant idea) was a trip to the Spa Chakra as soon as we were done unpacking. Nothing quite like a perfect Swedish massage and Guerlain aromatherapy facial after a long-haul flight. It was seriously one of the best spa treatments I ever experienced, the therapists were lovely too with just the right amount of chat to treatment ratio! After two hours in there, we were ready to cancel our evening plans and snuggle up in bed with some room service for a good night sleep.

The hotel is really peaceful, all the rooms are pretty high up (between the 16th and 23rd floor) so it is incredibly quiet. The only sound you hear at night is the wind against your windows – I found it very soothing. The view is of course insane (we were on the 22nd floor, facing the Biscayne Bay – as requested prior to check in) and at night turns into something out of Blade Runner. Again, pretty calming. Our room was a double queen, with a very functional layout and all the right things in the right places (i.e. plugs by the bed and on the desk, coffee machine etc). Storage wise, it wasn’t the best, but I suppose we both overpacked slightly! The bathroom was also very spacious, but again could have used a little extra storage but we managed to organise everything anyway.

One of my favourite things when at the hotel was “Wine and Cheese” time. Everyday from 5 to 7pm, you can visit the Wine Attic and sample some of the hotel’s world-class wine selection while nibbling on some cheese and cured meats. Even better: if you are a Hilton HHonours member, it is all complimentary. I must say I got used to my glass of red wine on the terrace every evening and it was quite hard to give it up when I came back to London. A week later, I am still shouting “Where’s my view? Where’s my wine?” to my husband every day between 5 and 7pm. His life is getting harder by the hour. To add to this really nice ritual, during the festive period, the good people at Conrad are really making Christmas miracles happen: there is snow in the atrium every 15 minutes, every evening. I was dreaming of a warm weather Christmas and I can now tick it off my list.

Then of course, there is the swimming pool. To this day, I still don’t know whether it is heated or not, but temperature wise, it was pretty perfect. The perks of staying in a Downtown hotel during the week also include: nobody by the pool, which is pretty much the dream. We had some pool snacks  from Soleil after swimming which were delicious and we also tried the Virgin Pina Coladas (because we are just that crazy) which essentially made us want to stay by the pool forever (we didn’t).

Sadly, life doesn’t stop at the hotel doors and so we had to leave our bubble from time to time to explore the city (more on this later) and generally show the world we weren’t just some weird shut-ins. This is when it becomes interesting… The hotel is in the heart of the financial district, so we expected, well… not much. How wrong were we! A short walk away from the hotel (yes, I said WALK) is the lovely Mary Brickell Village, filled with cute shops, cafés, restaurants and even a nail spa. Perfect place to waste a couple hours on a Sunday, or have a drink in the evening if you don’t feel like wandering too far from base. For everything else, you will have to take taxis (it is about 15mn drive from the hotel to South Beach, 10mn to Wynwood, 7mn to Coconut Grove or Key Biscayne) or book the hotel car. For the more adventurous, there are even some electric bikes you can hire out!

Last time I was in Miami, I stayed in Miami Beach and so it was really interesting to see the contrast between both worlds. If you head that way, I would recommend spending some time in both Miami and Miami Beach – conveniently, if you are staying at the Conrad Downtown, you can use the private beach at the Hilton Bentley in South Beach, so you really get the best of both worlds. All you need to do is ask one of the amazing people from the Concierge desk and they will make it happen for you (to all of them, especially François, I would like to say an extra special thank you for being ever so helpful and knowledgeable about pretty much everything!). 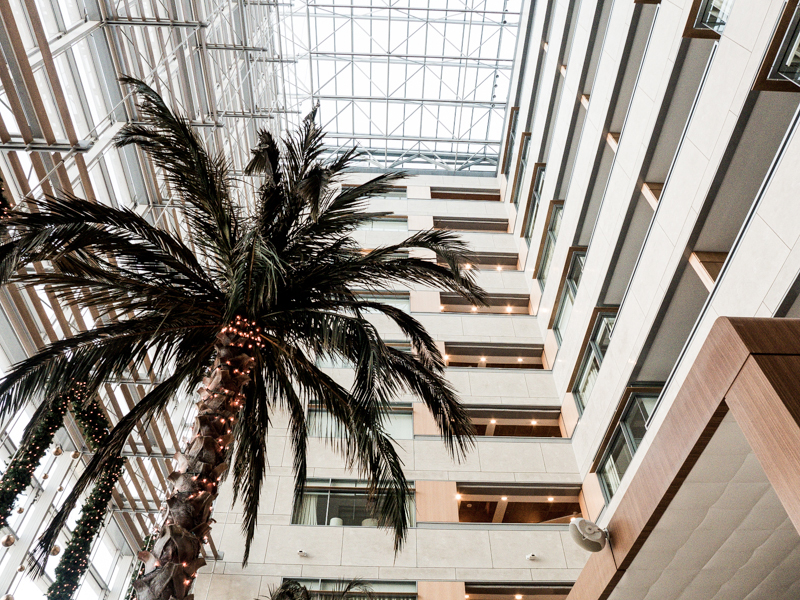 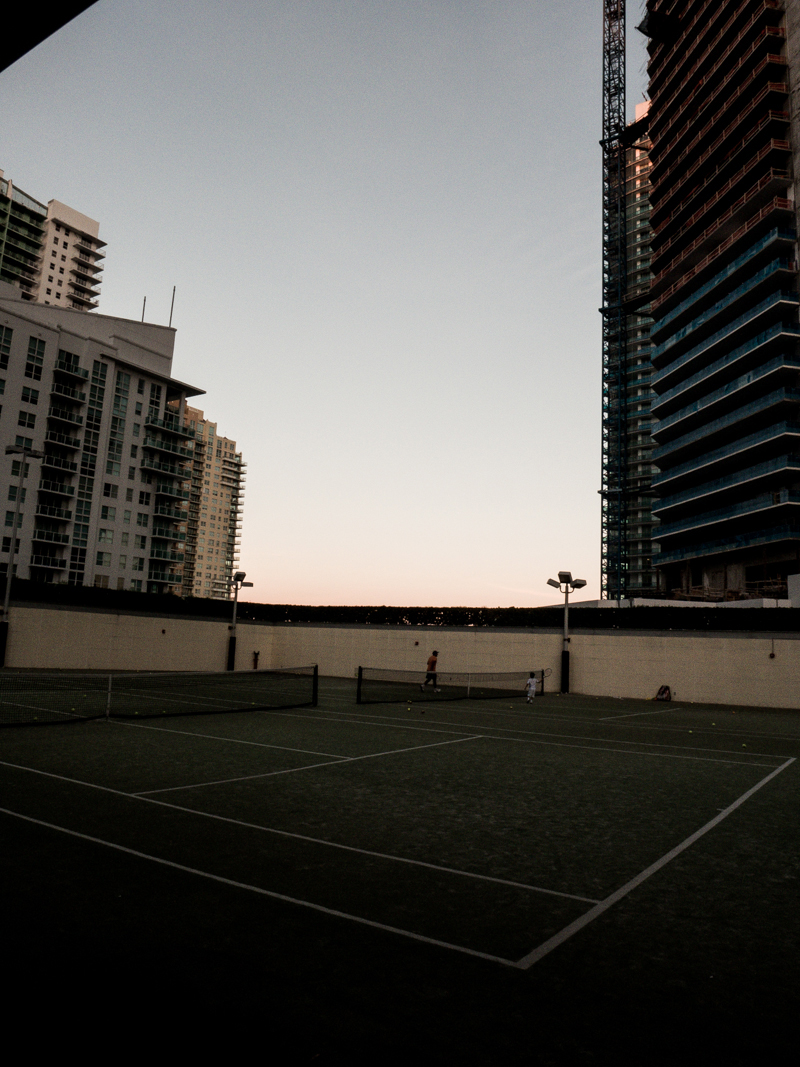 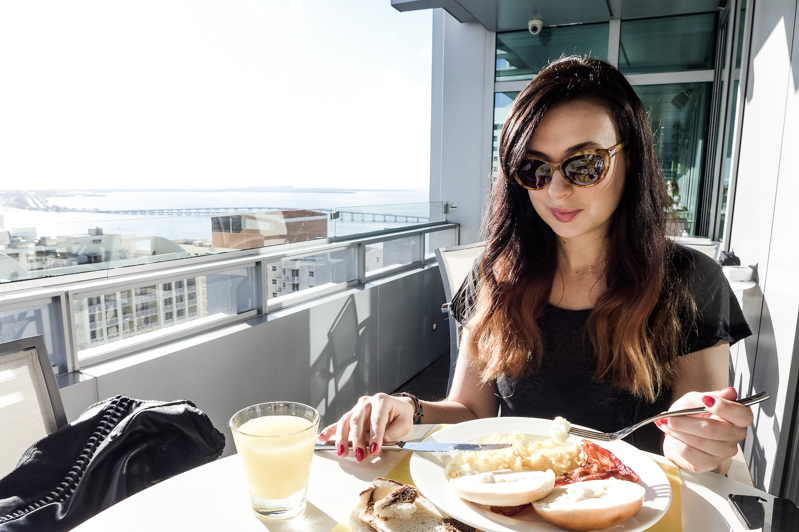 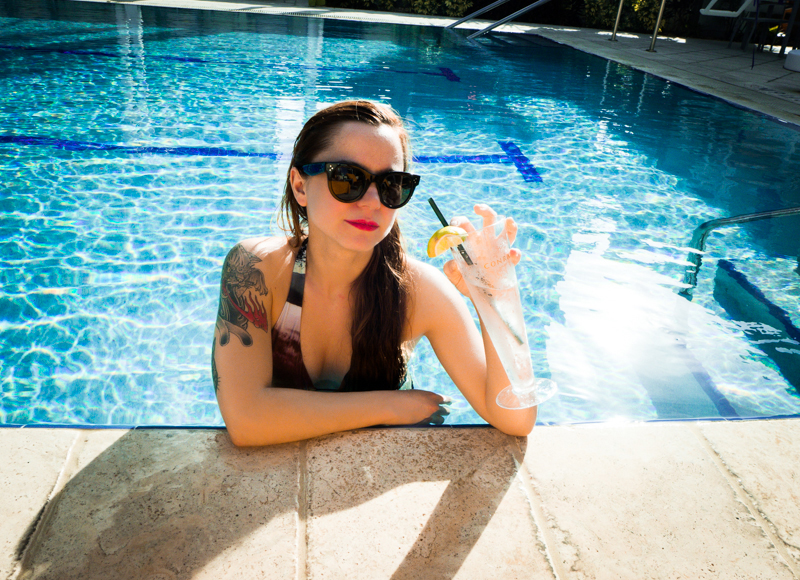 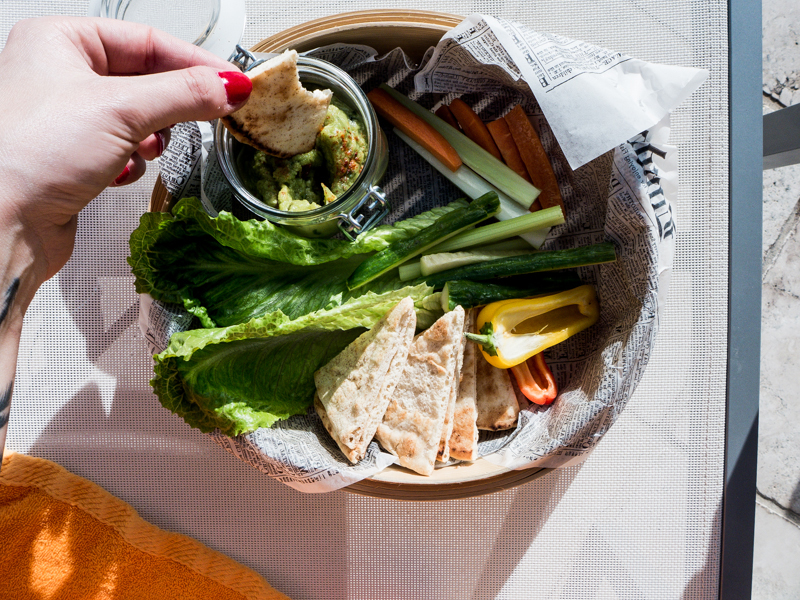 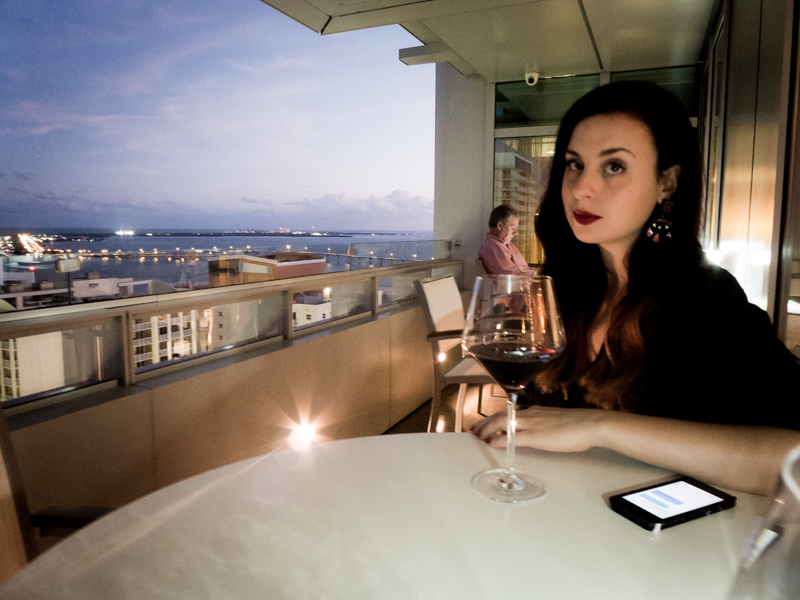 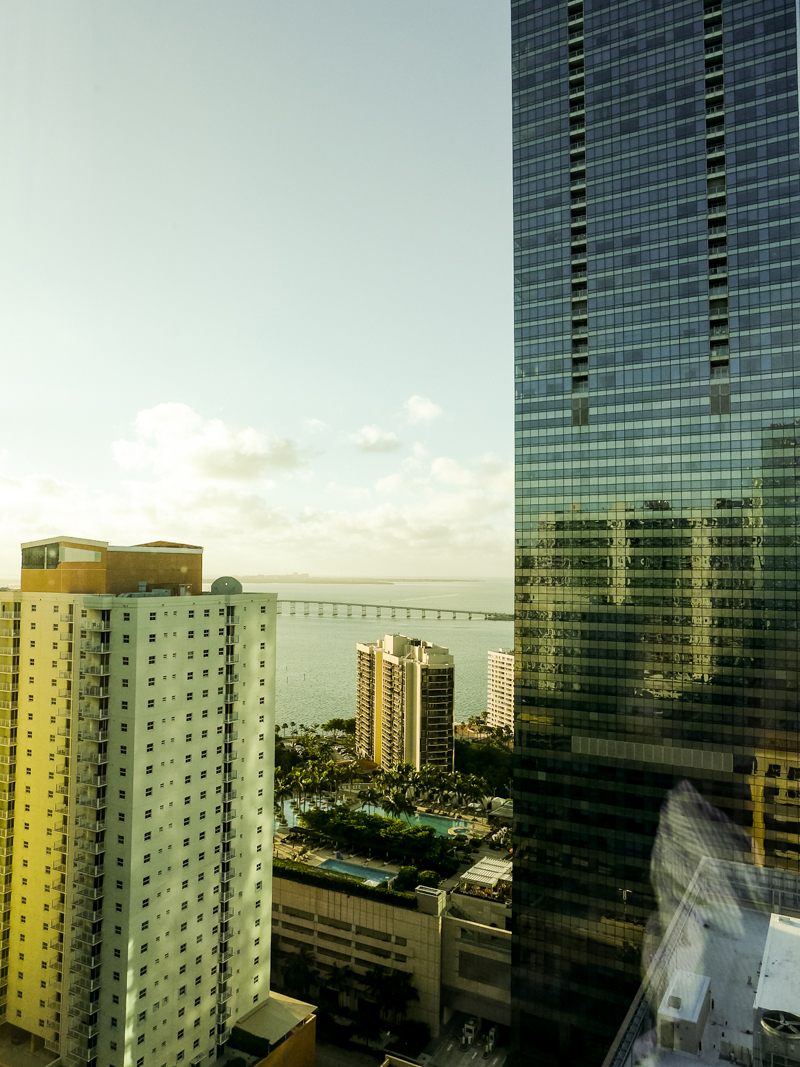 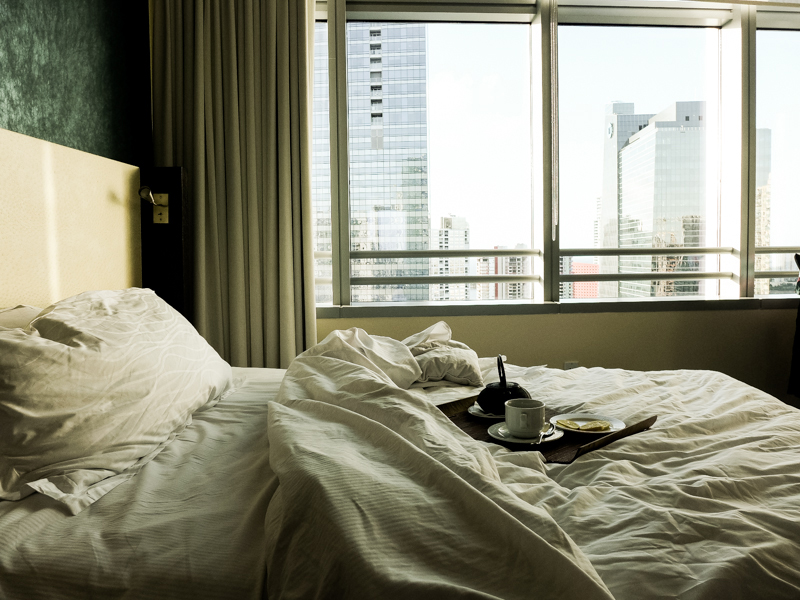 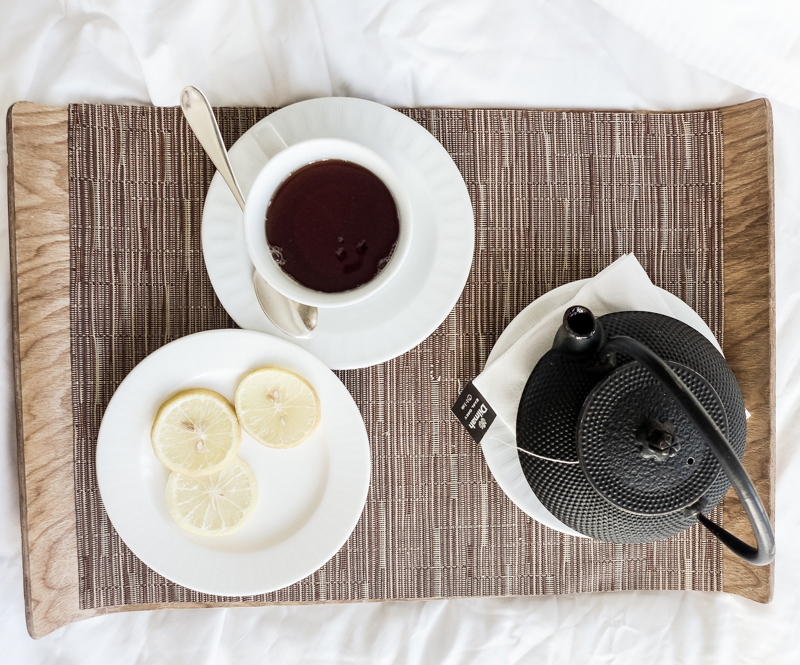 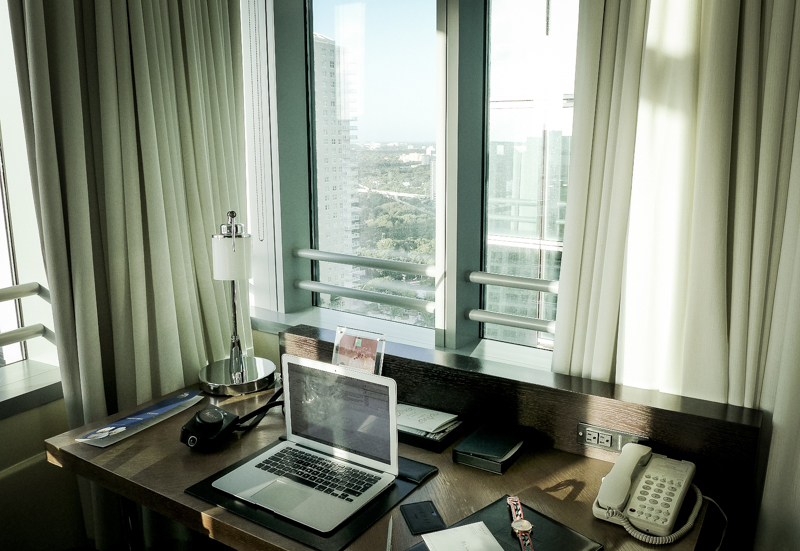 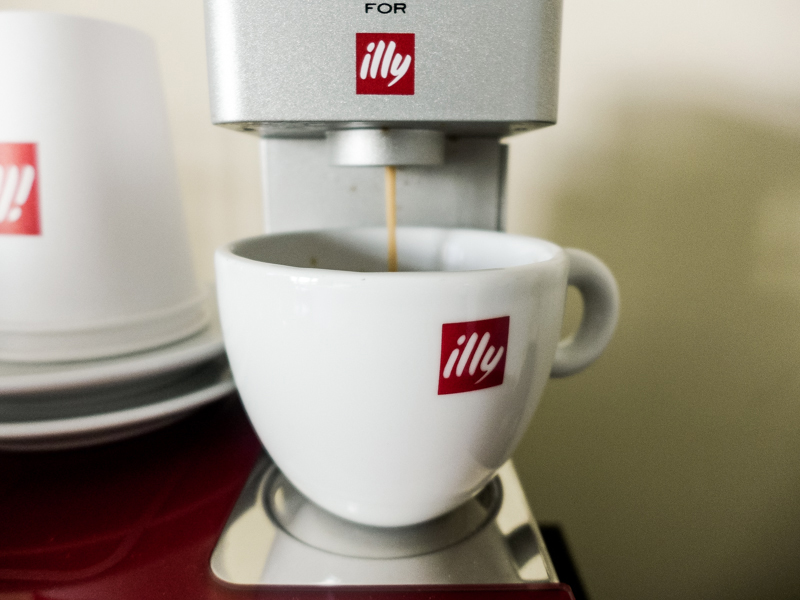 Mademoiselle Robot was a guest of Conrad Miami