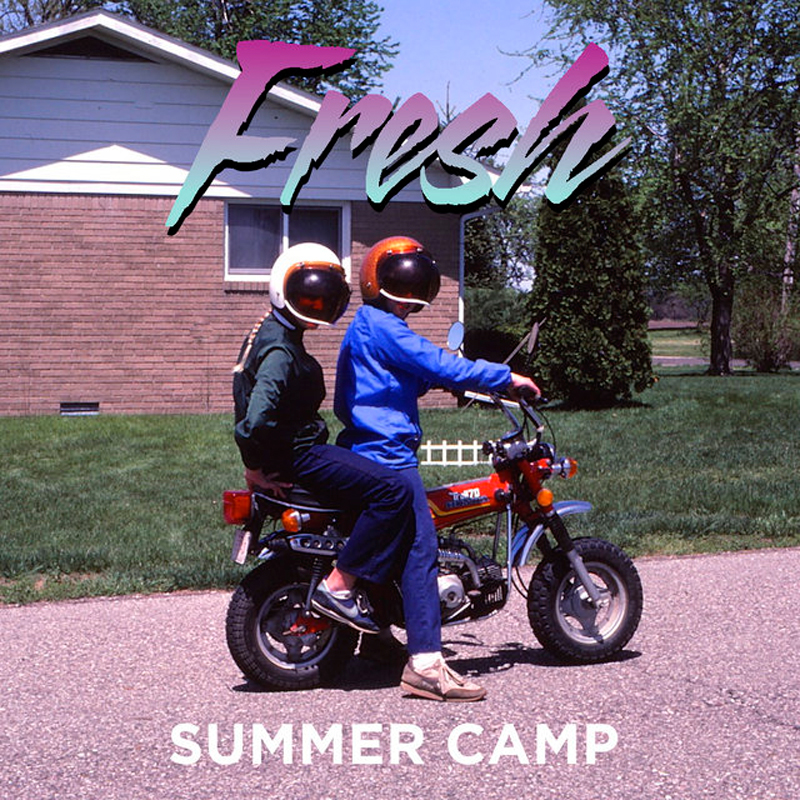 Mademoiselle Robot’s pals Elizabeth and Jeremy aka Summer Camp just released the video for their new single “Fresh” which will be included in their upcoming album (out September 9th but you can pre-order now, I know I did).
The single was actually released last week and I’ve pretty much had it on repeat since then. Much like Ghost Train in 2010, this is set to be the soundtrack to my Summer (camp). The chords are entirely addictive, Lizzie’s voice sounds better than ever and I challenge you not to start dancing anywhere you are as soon as the song starts playing. I listened to it and started dancing in the post office. Believe me, I NEVER want to dance in the post office, generally I want to die when I am in there.
The song made me think back about my own first love. I was 12 and I had the biggest crush on this guy from my school who used to play Game Boy with me at play time. I think I loved him for 4 years solid, total one-sided tween crush and nothing ever happened. My first real love (when the feeling was mutual) came much later, I was 18 and fell head over heels in love with a boy so handsome I found it hard to handle at times. We used to watch Godard movies in old cinemas, play videogames and smoke cigarettes by the Seine. We also used to write each other long love letters constantly. I found these letters last Summer in my holiday home. They still made me feel funny inside after all these years… Do you remember your first love?