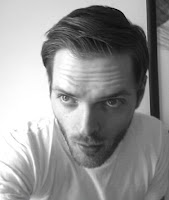 I have a bone to pick, not with you lovely reader, I like you, but with a handful of journalists, mostly female, who have taken Summer as an excuse to subject men and their dressing habits to what is quite frankly nothing more than sexism.
If you work in an office you might be familiar with dress codes, these dress codes while draconian and generally disliked by everyone tend to be even more restrictive in summer than they are at any other time of year. Some employers insist that men refrain from wearing shorts in Summer, while allowing women to wear skirts usually all year round. I’m not sure what’s so offensive about men’s legs but rules like this are sexist, regardless of whatever reason the employer has for enforcing them. Of course some offices warn women against wearing anything too skimpy too, no-one likes the insinuation that what they wear  is offensive or inappropriate. Hot weather leads everyone to dress differently but always for very practical reasons. 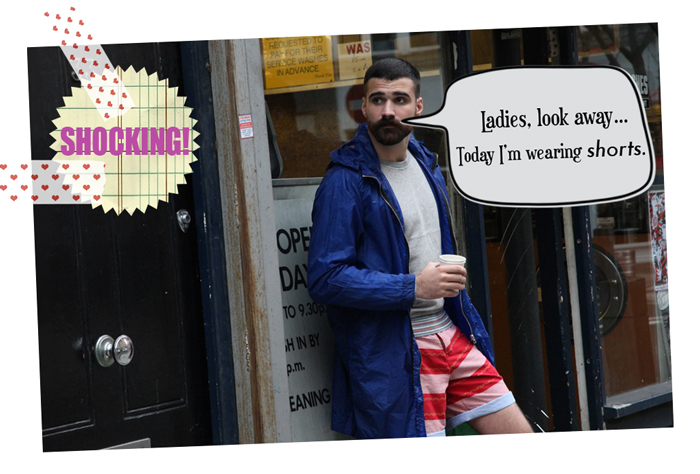 A certain british tabloid newspaper has run a number of articles recently that have incensed me and plenty of my male friends. These  journalists have relished in listing all the items of clothing that men should never be seen in. Imagine that: someone wants to ban men from wearing certain items of clothing. Included in these lengthy lists are items as practical and ordinary as shorts. Apparently the sight of men in shorts is hilarious, offensive and inappropriate to these so called journalists. I suppose in hot temperatures men should just sweat their way through the day in trousers and jeans, lest we offend anyone. That doesn’t seem fair does it? V-neck t-shirts have also caused some concern, apparently the sight of a hairy chest makes some women ‘gag‘. Tom Ford, a man whose personal style is quite frankly beyond reproach, is often to be seen in a crisp white shirt, a few buttons undone, chest on show. Apparently neck ties give him a headache. You know what Tom? You don’t need to explain anything to me, go ahead and wear whatever you like. A certain journalist reports that the image of Tom’s chest makes her feel physically sick. That seems like an unfair and grotesque statement to me. 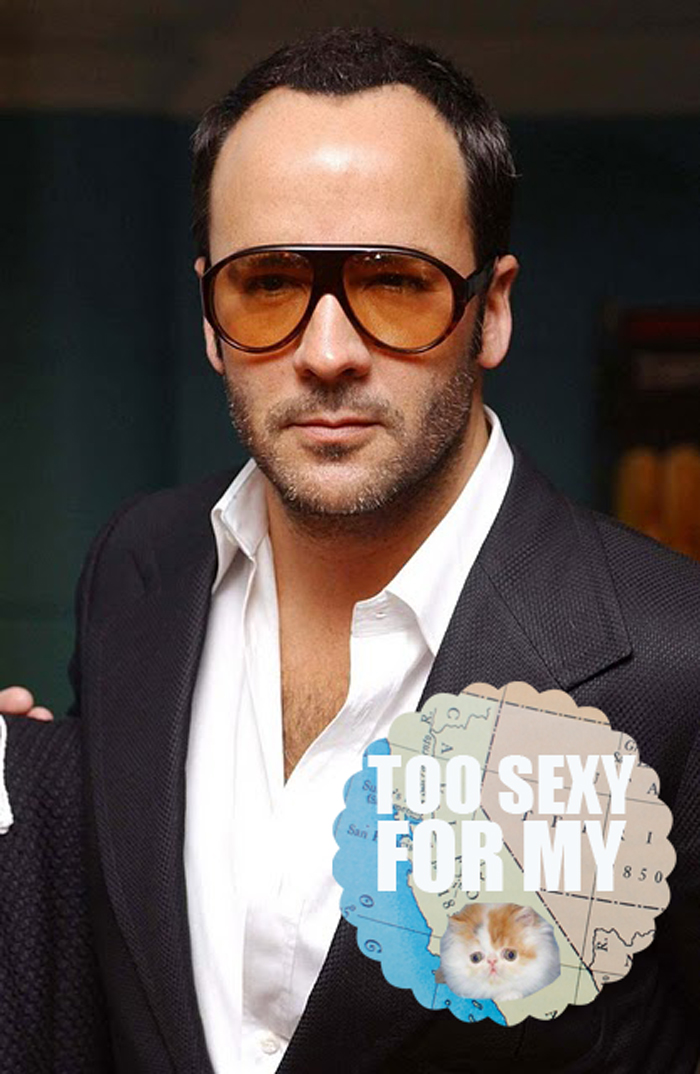 If a male journalist was to publish a list of things women should never be seen in, or to suggest that the sight of a woman in a low cut top or a short skirt made him feel sick he’d be branded a what? A chauvinist? A misogynist? Yes he would, and rightfully so. Scott Schuman – the man behind The Sartorialist – recently found himself in some very hot water for suggesting that a woman he had photographed had ‘sturdy legs‘. The woman in question was of average size and girls all over the world bombarded him with abuse for this statement. Personally I agree that choosing to use the term ‘sturdy’ suggests the woman was larger than she actually was, and the reaction it provoked was extraordinary.

The way media represents the female form is sadly responsible for countless women crippled with eating disorders and low self-esteem. The modelling industry, despite immense pressure, still favours women whose shape doesn’t reflect natural body sizes. But let’s consider the male body image in the media. Ever glanced at a copy of Men’s Health magazine or seen an ad for aftershave? I don’t know too many men with bulging biceps or washboard abs like these images suggest, but this is the media standard that men have to live up to, so you see it’s a two-way street. What’s the average waist size for a male model? You don’t know? Neither do I. But I can tell you that rates for eating disorders amongst young men are on the rise, but it seems the media isn’t concerned with that at all. 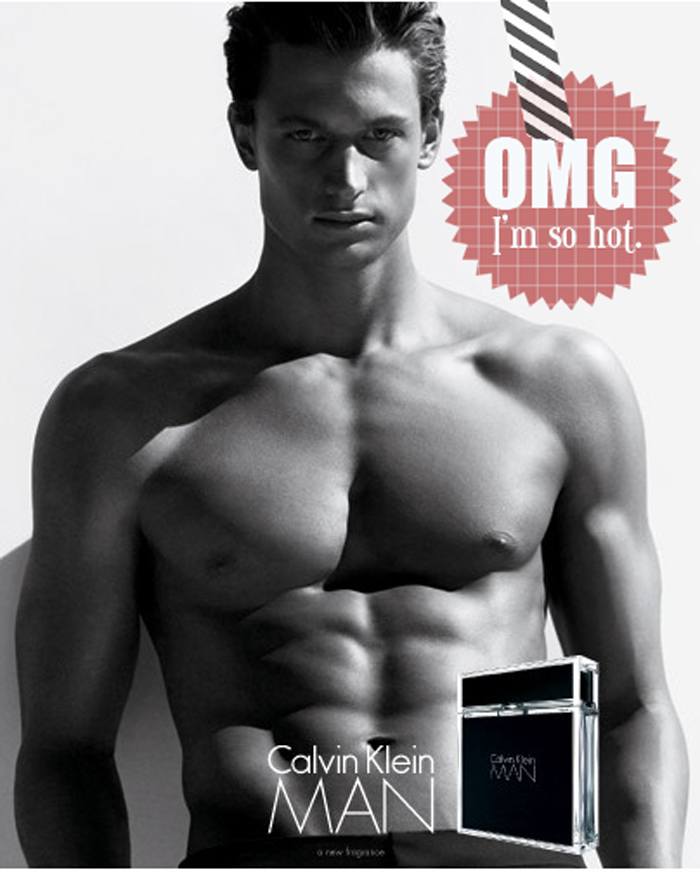 Remember the ‘metrosexual’? A man who wasn’t ashamed to use moisturiser, fake tan or get waxed? Well some men might have taken that a bit too far… I’m all for grooming you understand but not at the expense of what I consider to be my own masculinity. I have a hairy chest – a very hairy chest in fact. I used to dream about a time when I could get it all waxed off, but not anymore. Why should I be ashamed of it? I love it, and I know plenty of other people that feel the same. So if someone feels physically sick at the sight of it, they’ll just have to deal with it. The rise in popularity of moustaches and beards has signalled a new age of masculinity. We don’t all want to wax our chests, and if its hot we’re going to wear shorts. Anyone who thinks it’s ok to tell someone what they can or can’t wear based on gender is wrong.
There’s a double standard at work in the media and the fashion industry and it’s not fair. Sexism works both ways but it is never, ever, acceptable. So to anyone who thinks it’s ok to talk about men as if they’re stupid, to objectify them or deny them the basic right to be comfortable in hot weather, well, they should be ashamed of themselves.
Words by Warren Beckett – @RobotMonsieur
Objectification of men in photos by Mademoiselle Robot.