I’ve read a couple of articles this week that fell somewhere between interesting and annoying. One was a list of things Tom Ford believes every man should own and while I appreciate his opinion I don’t own a Tuxedo and can’t imagine why I’d ever need to. One of the other things he said was that all men should own a pair of tweezers. I also came across a report about the rise of the metrosexual and about how men are spending more than ever on grooming products, accompanying this article was a picture of a man tweezing his own eyebrows. Have men’s tweezers become some hot new accessory that I didn’t know about? A quick dash to the bathroom and soon enough I had my own pair of tweezers in my hand, just like Tom Ford! 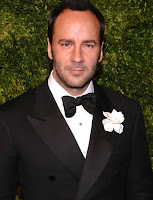 Now I don’t remember where I got my tweezers or how much they cost, and while i do use them it’s not very often. They’re for emergencies really. But what I find distressing about articles that coo over the sophisticated metrosexual man who spends £200 on moisturizer and takes his rugby team mates for a pedicure is the fact these stories are driven by a socio-political agenda, or at worst are a crass bid at commercialisation. Issues of whether or not a man buys moisturizer are as much about gender politics as they are about fashion or grooming. Sexuality also plays a massive part as these kinds of ‘feminine’ products are seen as emasculating. Now regardless of my lifestyle, social standing or education I’m not leaving the house in the morning without some SPF moisturizer on my face, I can’t imagine how anyone else could either. On the other hand when I use tweezers I’m literally terrified my hand will slip and I’ll go from ‘man’ to ‘startled drag queen’ in one fell swoop. Basically I use them to minimize the chance that in poor lighting I’ll be mistaken for Bert from Sesame Street. 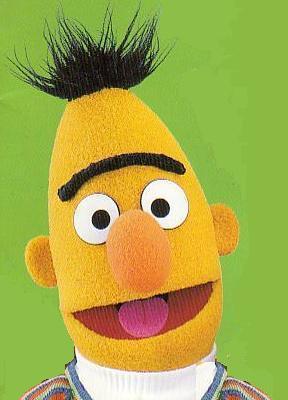 Someone once told me that a certain cosmetics giant sell exactly the same moisturizer to men as they do to women, but the men’s version is cheaper, and comes in more manly packaging. Obviously men benefit from this scenario more than women do but I think it’s interesting that somewhere there’s a person or a whole team of people deciding what looks manly and what doesn’t. The fact that the benefits of using moisturizer are so evident that you’d be stupid not to use it seems to have passed everyone by. Jean-Paul Gaultier’s range of men’s cosmetics featured everything from foundation to lipstick and while I applaud his bravery those products can only appeal to a niche market. Men should use cosmetics that were made for men, not cosmetics that were made for women, and then repackaged to be sold to men. And while there are plenty of products available is there still some stigma attached to using them? 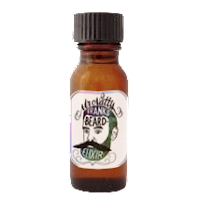 Beards and moustaches are of course for men only and while the grooming needed to maintain one is minimal in comparison to something like a girl having her legs waxed, there is still work to be done for us guys. That’s why Mr Natty’s range of products are so special… Beard elixir and old fashioned hair pomades are the kind of cosmetics that men need and want. Recent trends for rockabilly and teddyboy styles require way more primping and preening than most men are used to, all we need are products that do the job without making us feel like we’re playing around with stuff that doesn’t belong to us.
So let’s talk, leave a comment below or email me and let me know what products you use or what products the man in your life uses… This grooming story isn’t over yet! 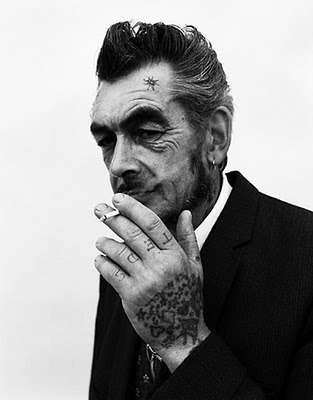