It’s been a long time coming, but finally I am pleased to present to you the wonderful, cute and funny Riki Lindhome and Kate Micucci aka Garfunkel & Oates. 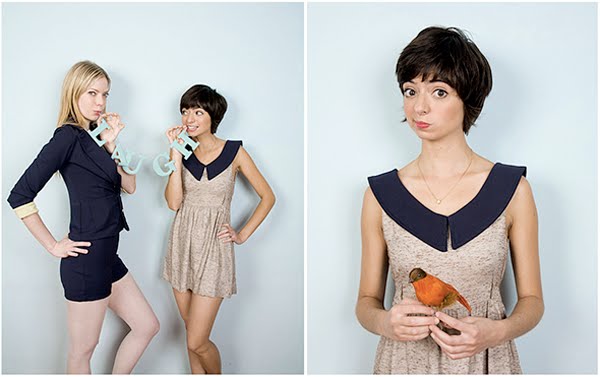 R – We met in the lobby of the Upright Citizens Brigade.
K – A friend of ours was doing a show there. We had seen each other at auditions before but we got to talk after that show and became friends.

K – We started the band a whole lot later, I guess a year and a half ago now? Riki was writing a short film called “Imaginary Larry” that she wanted to make into a musical, so we wrote a few songs for that and then we decided we liked playing together and writing together.
R – … and that’s it, we kept going! The band kind of happened almost by accident…
K – And also it’s only been a year or so we have officially been going with the band, doing shows etc.

R – Things that happen in our relationships, in our friendships, things about our lives that annoy us, that we find irksome. And sometimes we will just find something that makes us giggle and we will write a song about it.
K – I’d say Riki is kind of the idea machine and she’ll say “oh we have to write a song about this!” So usually I’d sit at the piano and come up with a little melody and we’ll just go from there. 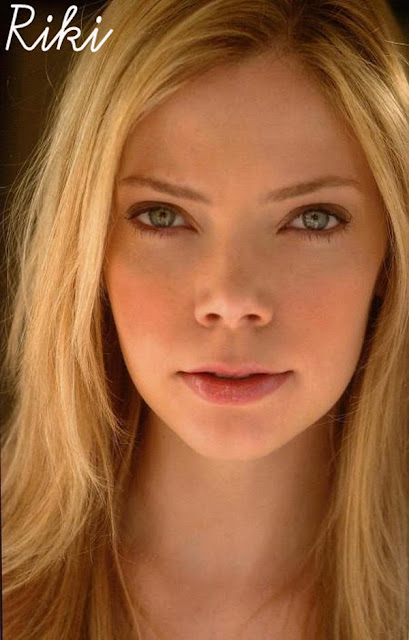 K – We both do. I started classical piano when I was 4 and did it and competed until I was 18. I was always writing little songs here and there.
R – Same with me, I played the flute and I was always writing songs. I started guitar when I was 18 or something.
K – It helps when we write our songs, so we can say, “this is a D minor or something” and understand each other.
R – It gives us shorthand to learning songs, which is cool.

R – Yes, we both were.
K – … and we’d both always been writing funny songs on our own!
R – We both were in little short-lived projects, never in bands that lasted more than a few months or a year.
K – It wasn’t a foreign thing for us to get together and play. Although I would say, from writing with other people, Riki and I just work so well together, we have a bit of shorthand, so it is a lucky thing!
R – We also generally think the same things are funny, that helps!
MR – Yes! Imagine if one of you thought “pregnant women are smug” and the other one was like “no they are not!”
R – Actually that happened! (Laughs)

K – I was like “Riki this seems so mean! I don’t know…” and Riki was like “No we are writing it!” So we wrote it, but I don’t know why, the minute you put a melody to the words, it just seems less offensive and kind of awesome I guess! 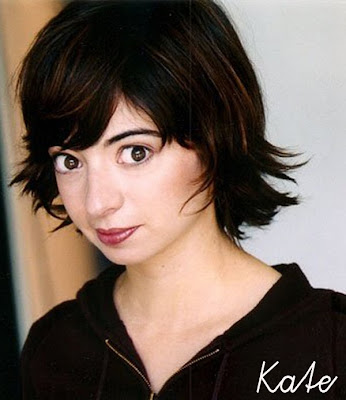 R – He is super cool.
K – He is one of the nicest guys, so sweet.
R – He gave us a lot of advice as far as musicianship goes. About really being a pro. He is incredible.
He gave us tickets for the last Hall & Oates shows.
K – We played “Man Eater” with him, I played the trombone and Riki did this striptease from one dress to another dress and as that was happening I thought “I have to remember this moment forever”, it was such an amazing time.
R – He just found us on Myspace and sent us a message!

R – It is two guys that have been in duos. But they are the unsung heroes of these two groups. Sort of like the silver medalists. We do love those bands.
K – The name has brought us a lot of exciting things that we wouldn’t have got if we weren’t called Garfunkel & Oates… You know, opportunities like playing with John Oates!
R – We got a gig once because someone thought we were Art Garfunkel and John Oates, and it was an amazing gig.
K – Stuff like that happens and you know it is a good name. I had to be convinced at the beginning, Riki came up with it.
R – I am so pushy! R – I really love Hall & Oates and Simon & Garfunkel! They are two of my favourite bands. I love Joni Mitchell, I am old school. But I also love Beyonce. I would say I am a mix between folk, top 40 pop songs and show tunes.
K – I am the same. I am a sucker for Broadway musicals and I am into any good singer/songwriter. Joni Mitchell, Carly Simon, James Taylor, all those guys.

K – Yes in high school.
R – I did some community theater musicals.
K – I was a really shy kid and I didn’t think I could sing for anything so I was always in the chorus and I would lip sync along with everybody else.
R – We want to write a musical someday, we really want to do that.

R – Right now, mine is Chris Rock, without a doubt.
K – I don’t have one at the moment, but I was really obsessed with Maria Bamford and her Comedy Central specials for a while, I’d watch them over and over…

R – That’s a great comparison. They are great at what they do so that’s really cool!
Lyrically our stuff is really different. Ours is more structured like pop songs and theirs is more like jokes interspersed. They have a story.
K – I think it is also of the moment. If it was 10 years ago people would say we are like Tenacious D. I just think there is something happening in musical comedy.

K – I am working on Scrubs, Till Death…
R – I just worked on Bones.
K – I am in a movie called “When in Rome” that’s coming out this month.
Acting is still our main thing. And when we are not doing that we are writing songs.
R – We are just auditioning and writing and playing. We are taking it week by week really.
I really want to do more directing. I am writing a feature right now. I love writing and directing.

K – I guess I was pretty much the same… I was always making things, always in my room drawing and painting; I had train sets and stuff. I guess I was a homebody, I didn’t socialise that much. I was in school plays, so I had this performance side to me but mainly I was just practicing the piano, doing homework, I liked to play outside a lot. I don’t know I am pretty much the same kid as I was then I guess.
R – I was very type A and very social. I am kind of the opposite. I was very perfectionist, I had to have As, I was in every activity, very social. In some ways I am still the same, but I have definitely mellowed out since I was that age. Life happens, things go wrong that you can’t control, so you have to be more flexible as you get older. And in the business Kate and I are in, you have no control whatsoever, we have no idea what’s going to happen at all. We do our best and then other people decide of our “fate”. 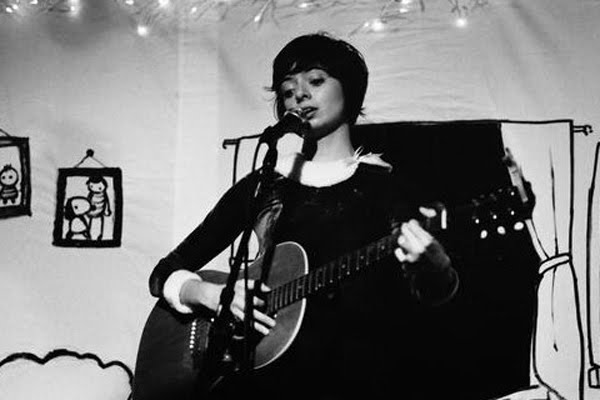 R – I love it. I love the weather; I love the friends I have made. I think it is a town where if you meet the right people you can have a good time. The people Kate and I are friends with a super nice, creative, fun people so we have a great time here; we take advantage of the city, definitely.
K – I have never questioned living here. I moved out here for college so maybe I had a bit of an easier time. I love it so much. I love that you never know what the day will bring because of what we are doing, you never know when you are going to get a phone call that says “be here at this time and that will lead to this and that”.
R – It is also kind of a small town, we run into people on the street all the time! The other night we ran into 3 different people we knew.
K – Hollywood is like high school in a way, everybody knows everybody, so it makes it feel much smaller.
MR – It is nice to see there is more to LA than just boob jobs and starlets.
R – I don’t think I have a friend with a boob job! We don’t run in those circles. It really is choose your own adventure out here. There are so many people here that if you want to be a gold digger boob job person, you can, but we don’t really know those people.
K – You didn’t know I have a boob job?
R – No I didn’t know… Who’s your sugar daddy?
L.A. is very specific.
K – I saw a hipster the other day in Silverlake and he had a handle bar moustache, cowboy boots and a sailor outfit on.
R – I saw a guy that had on a geisha outfit and combat boots. Geisha lips, the whole geisha dress and a moustache. So yeah they are around…

K – I think as Garfunkel & Oates we are still figuring out how we want to dress…
R – …but I’d say we like dresses.
K – We like little floral dresses, we like quirky things. I like boots. I just got these navy blue boots at the flea market the other day.
R – I would describe my every day style as pretty classic with a little bit of a hipster edge to it. If I could afford it I would dress probably very trendily, but because I spend all my money on a new guitar and things like that, the pieces that I wear are very classic, timeless things.
K – If I could afford it, I would only wear Marc Jacobs

R – Lately, both of us have been so busy we go on dates in whatever.
K – I just wear what I wore on the day.
R – I will usually wear jeans and a tee shirt. I don’t have time to worry about it.
K – I am too tired to worry about it.
Also, dates are so few and far between because we are so busy.
R – Our schedules are really hectic so we have to be really selective about who we go on dates with. It has to be someone worth giving up a full night of time to be with!
K – I like to think we’d date guys who wouldn’t be like “oh why are you wearing a tee-shirt on our date?”
R – … well I went on a date with a guy who asked me why I had such an ugly purse. I have this really cute green Tory Burch purse and he really went for it. Anyone who doesn’t like my outfit I’d be like “we are just going to be friends”. I don’t like guys who are too into themselves, clothes wise. I like funny guys.

R – I have never broken up with someone in person, so probably sweatpants because I’d be on the phone!
K – I broke up with one guy in person and I was wearing whatever I was wearing that day.