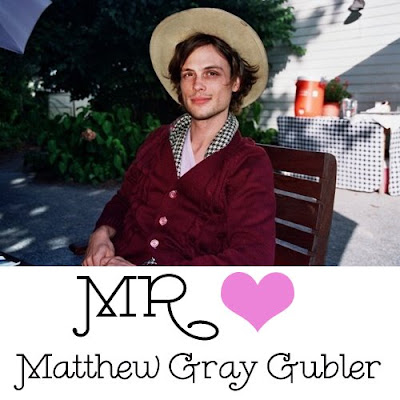 When I discovered Matthew’s website, I knew I had to speak to him about stuff, a lot of stuff. And I was right. After an hour and a half phone conversation revolving around the questions in this interview and a lot of digressions about a common love of squirrels & John Waters, I was loving my life thinking that apart from my amazing friends, there are some super talented, funny & nice people out there.

❤ What are you wearing?

I just woke up, so I am wearing my pyjamas. It is a weird set of pyjamas, with Red Rider BB gun, cowboys shooting & horses. They are my favourite pyjamas for sure.

Not so pyjama-y, I guess three steps above looking homeless. I don’t own many new clothes, I have had most my clothes since high school and I was on the chubbier side then, so most of them don’t fit that well & they are a bit ragged but I get them repaired from time to time.
I use my dad’s tailor to make me suits because there’s nothing like a suit made to measure.

❤ Where are your glasses from?

I never wanted to wear my glasses on Criminal Minds but sadly I had this weird problem with my eyes and couldn’t wear contacts for six months so I had to wear them. They are my uncle’s from high school. They have a real Norman Rockwell style. I have several other pairs.

(note – he never wears matching socks as it is bad luck)
If I am going somewhere nice I try to make a good combination. Once I wore one sock with pink stripes and the other one teal argyle. It looked like Bill Cosby’s sweaters having a fight! Good disgusting combination.

There would be a museum involved. In New York. Hopefully in the Fall because I love the Fall. It would also involve a dried leaves fight, hot apple cider and a pumpkin patch.

If she turned out to be a man… although that would be funny. Or if she tried to murder me during the night.
Also it would be horrible if it was somewhere loud, and she was trying to get me to dance to R&B music slowly with a crazy look in her eyes. A bit like the bar scene in Ghost World, with Steve Buscemi.

❤ What would you wear on a date?

A grey wool suit, nothing too dressy. I would probably also wear a bow tie, it is good to be sharp on a first date. Definitely a hat of some sort.

❤ When did you start drawing?

Quite recently. Pretty much right when Criminal Minds started. I was in film school, and all of a sudden I was “trapped” on set and couldn’t help out with the technical stuff, so because of sitting around so much, I started doing some kind of lame drawings and the producer said they were great so I kept on doing them. I think it is the best thing that came out of being on the show.

❤ What is your main inspiration for drawings?

Occasionally some people are slightly offended by my portraits of them because they think they technically look “ugly” in them but to me they all look beautiful. Those people don’t realize that I’m not photographing them or trying to render some sort of super exact renaissance portrait (not to sound like a hippie or anything) but I am trying to trap their energy and it’s usually because I think they are unique and wonderful people, not because I am trying to make fun of them.

My inspiration often comes from something I really like or can’t imagine not drawing. I always draw people I admire. It also comes from a real intense desire to own a piece of someone or something.
When I started, I was obsessed with Charles Bukowski & Vincent Gallo I wanted to know them better, so I tried to create my own version of them that I could “own”.
I feel like I can really draw my mum and dad and some specific friends very well now.

❤ Who is your favourite director?

My favourite living director would be Wes Anderson, I think he is pretty great. A dead one would be Alfred Hitchcock, he made so many incredible films.

I also love Roman Polanski, the Coen brothers… I like every single film, it is so hard to make a movie so I have a lot of respect for anyone who makes something that is watchable!

❤ How was it to work with Wes Anderson?

A dream come true. I got to be his real intern for school credit. And I still can’t believe I was in one of his movies. I was watching The Royal Tenenbaums the other day and suddenly thought “I can’t believe I was in a Wes Anderson movie!”. There’s nobody like him. It gave me a bizarre first impression about being an actor. He does many things unconventionally. It is the exact opposite of working on a TV show. He is a very measured and precise director who tries to make perfection.

On TV we shoot an episode in days.

❤ Which directors would you like to work with in the future? As an actor / intern?

I would love to work with John Waters (definitely top of the list). David Lynch, Tim Burton, the Cohen brothers. I was in an independent film called How to be a Serial Killer directed by Luke Ricci. Working with him was good. I like directors with a unique and specific vision. It is a lot of fun to work with first time directors.

I still feel really naive in the world of entertainment!

❤ How does it feel to be part of a true crime show like Criminal Minds? Do you have any interest in true crime?

I have an interest in horror movies, not really in true crime. I like the fantasy aspect of Criminal Minds, the magical side. I don’t like serial killers, I was never really into that genre.
It is a shocker that I am in a show like this. It is a bizarre pairing, but I have been lucky.
I would have never thought I’d be in a true crime show.

❤ Any advice for someone who wants to get into film making?

Keep making movies, do things instead of talking about them. If you want to make movies, make movies.

It is easier now with accessible technology. The internet is amazing! I am so happy to be alive in this age!

– Cindy Sherman covered in dolls. I glued the dolls to a dress, I wore a wig.
– I did a good Patrick Bateman this year, Steve (Damstra) made me Patrick Bateman business cards that I was giving to people. 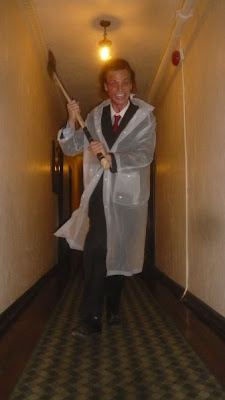 – Kurt Cobain right after he shot himself. The hipsters were really offended, and kept saying “too soon too soon”. 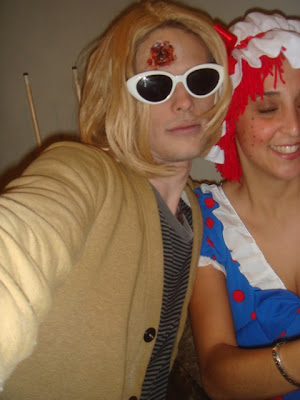 -I was a really simple skeleton once too. This costume was more about the make up.
-I went as The Birds. I covered myself in birds.

❤ And your dream costume?

If I could take away my skin and be a skeleton for a day, a real human skeleton.

❤ What are your New Year’s resolutions?

I just make sure I make a lot of things every year, creatively. I make an effort to paint more, direct more, edit more etc.

❤ What is your favourite animal?

The African Giraffe Gazelle, it looks like a deer with a really long giraffe neck. It is a really elegant animal.

❤ When did you start talking to animals? Which animal has the best conversation skills?

Whenever I see an animal I always say hello.
I think horses would have the best conversation skills, they seem pretty good at it.

❤ If I asked you to sing me a song, what would you choose?

(note – he starts singing)
I had the time of my life
With this cool interview with you
Yes it is true.

This interview is also the first one of my new series of interviews. I get sick of asking everyone the same things, so be prepared for change!