It’s too bad we mostly remember 90’s TV as a sea of bad Rachel haircuts and bland Mulder and Scully outfits. Because there also was the adorable, amazingly well-dressed ex-billionaire-wife-turned paparazzo Nora Wilde, as portrayed by Tea Leoni in the sitcom “The Naked Truth”. The series was only good for one season (that was before it switched networks and the writing got toned down after the whole Lady Di chased to death by paparazzi scandal)- but boy were the clothes good. 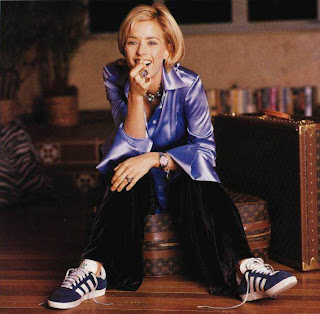 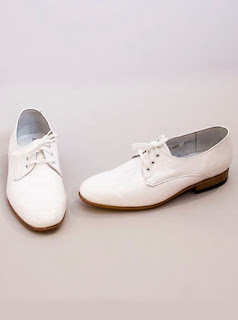 What I liked then and still love now, was Nora’s knack for mixing high and low fashion: ladylike pearls were associated with trainers, shrunken cashmere cardigans were worn as easily as T-shirts, silk shirts had their buttons undone and men’s tailored trousers had simple flip flops for companions. 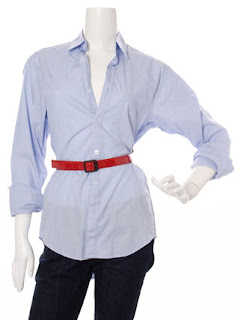 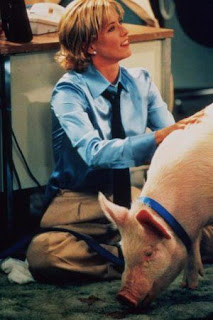 And speaking of men’s trousers, Nora was the queen of gender bender fashion, wearing wide legged pants à la Katharine Hepburn, or loafers and brightly colored socks, all in all giving a whole new take on the country-club look. I adored the way she could get her hands on very trad pieces and wear them with as much ease as if they were jeans. Or the way she rocked her Adidas Gazelles, my favorite trainers ever. 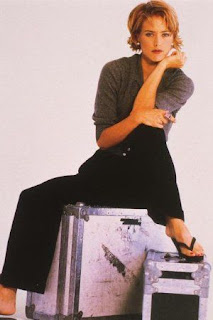 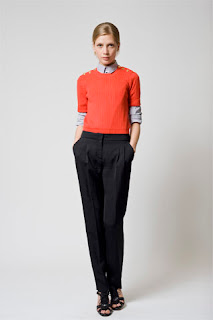 Also, not only were the clothes amazingly cool (thanks to costume designer Louise Mingenbach but also, I suspect, to Tea Leoni herself who pretty much dresses like this in real life), but they also did a great job of making us understand the character of Nora, a recent divorcee who had to adjust to a scaled-down budget after leaving her wealthy husband. Thus her mixing n’ matching of inexpensive finds and designer labels, an act of fashion juggling that I think most women can relate to. 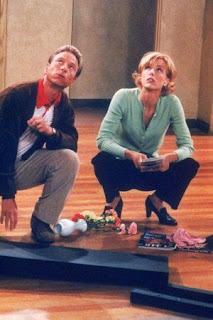 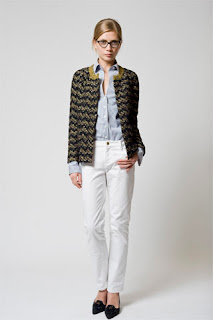 What if you feel like recreating and updating Nora’s allure? Preppy with a twist, as done by Parisian label A.P.C. would be a good start. You could also take a hint from Philip Lim’s latest cruise collection, which was very Nora-esque. I would also recommend the boyfriend shirt and lace ups from the online store of Steven Alan, another very nice American label. 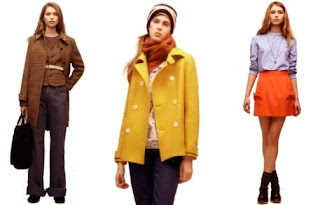 A.P.C.
Another beautiful guest post brought to you by Le Club du Style